A grim Foreign Intelligence Service (SVR) urgent action bulletin circulating in the Kremlin today states that the US police officer, and Somali-American citizen, named Mohamed Noor, who brutally murdered an Australian woman named Justine Damon in Minneapolis, Minnesota, had during the past fortnight pledged his allegiance to al-Shabab terror leader Sheikh Mukhtar Robow—and stated as his reason for doing so as being the “wickedness of American ways” that he claimed in an online Shariah Law message board caused his wife to file a divorce against him this past December (2016).  [Note: Some words and/or phrases appearing in quotes in this report are English language approximations of Russian words/phrases having no exact counterpart.] 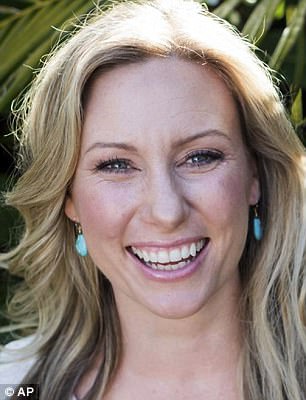 According this bulletin, the Somalia Islamic terror group al-Shabab maintains one of the most sophisticated social media presences on the Internet—and whose message boards across the world “ignited like fire”, on 21 June, after the Trump administration quietly dropped its $5 million reward for this terror groups leader Sheikh Mukhtar Robow death or capture, and who had been on the US “most wanted terrorist” watchlist since 2008.

As Minnesota has long been known as a pipeline to al-Shabab, and whose Somalia community frequently demonstrates in public for the institution of Shariah Law, this bulletin continues, persons from this US region are constantly monitored by the SVR who maintains a list of suspected terror supporters that are, in turn, denied entry into the Federation should they request a visa for travel.

Minneapolis policeman Mohamed Noor, this bulletin details, was placed on the SVR’s “denied travel list” on 24 June (2017), this report explains, after making his message board posting supporting Sheikh Mukhtar Robow and his describing America as “wicked”—and whose “thoughts/views” supporting Shariah Law against women were previously demonstrated by his brutal assault of another woman that he currently has a pending US federal court case against him because of—and whose lawyers for the plaintiff, Teresa M. Graham, stated in their US federal complaint ”Defendant Officer Noor grabbed Plaintiff’s phone from her hand and then grabbed her right wrist and upper arm, thereby immobilizing her”. 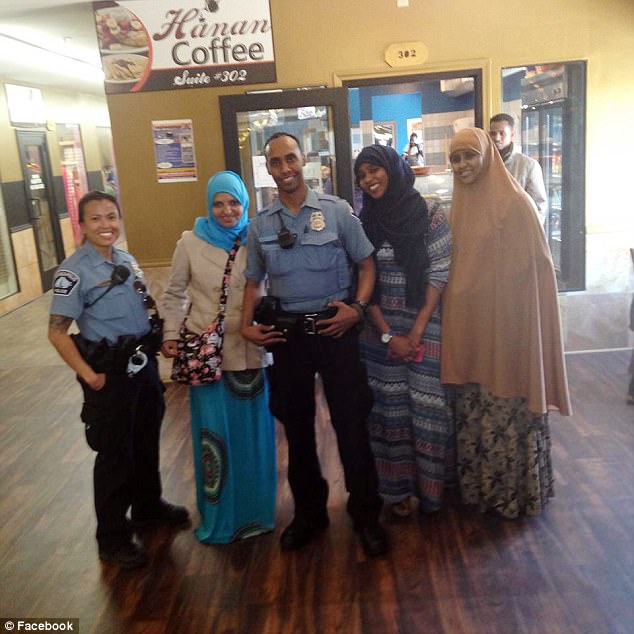 With Minneapolis policeman Mohamed Noor having his wife file a divorce action against him in December 2016, then his brutally assaulting Teresa M. Graham on 25 May 2017, and following with his message board support for Sheikh Mukhtar Robow, SVR analysts in this bulletin question as to why he was left in an “armed position” of trust when all of his most recent disturbing actions clearly demonstrated that he was becoming mentally unbalanced—particular regarding his views towards Westernized women.

Nevertheless, and grimly, this bulletin explains, at 23:28 (UTC/GMT -6 hours) this past Saturday 15 July (as police radio calls recorded), Minneapolis policeman Mohamed Noor brutally murdered 40-year-old Justine Damon (whose death has been ruled a homicide)—and whose only “crime” was her not complying with Shariah Law’s strict adherence of appropriate clothing for females in public, as she was in her nightclothes pajamas.

Though Minneapolis policeman Mohamed Noor has now “demanded everyone respect his privacy”, this bulletin details, the “respect and privacy” of Justine Damon has been shattered forever as this Islamic terrorist gunned her down while this young woman was standing outside the police vehicle he was a passenger in while she was talking to his partner Matthew Harrity (who was driving) about a crime she had witnessed and had called them investigate—with policeman Matthew Harrity himself admitting that he “was stunned” by what his partner Mohamed Noor had done. 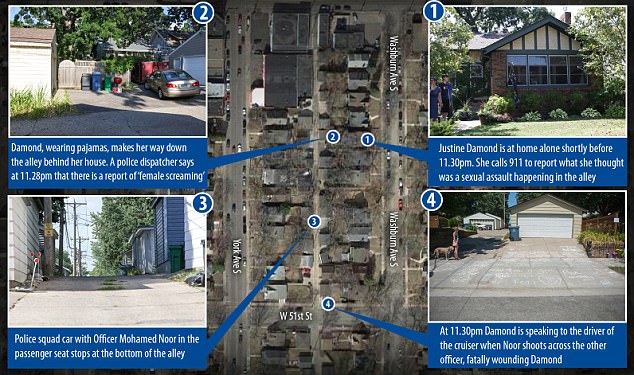 An SVR analysis of all recorded US police shootings of civilians over the past decade, this bulletin further notes, has failed to find any similar such shootings where a police officer opened fire on an unarmed civilian while being a passenger in a police care while his driver partner was talking to a person reporting a crime—thus reinforcing the SVR’s determination that Mohamed Noor was acting in accordance to Shariah Law, and not the American ones he had sworn to uphold and protect.

This report concludes by noting, as always, that the US mainstream propaganda “fake news” media is massively covering up the true details of this Islamic terrorist killing this white woman because she did not conform to Shariah Law—with one American television network, CBS, even astoundingly using the brutal murder of Justin Damon to justify their anti-gun agenda, without their even bothering to explain how this applies to an armed police officer shooting an unarmed civilian. 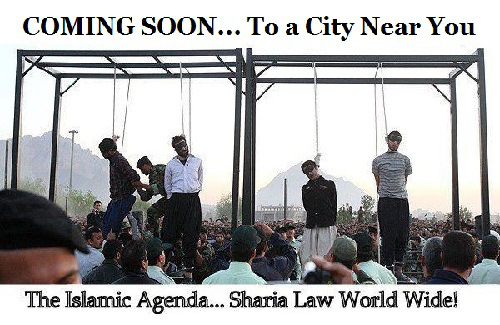 July 19, 2017 © EU and US all rights reserved.  Permission to use this report in its entirety is granted under the condition it is linked back to its original source at WhatDoesItMean.Com. Freebase content licensed under CC-BY and GFDL.