A thought-provoking new Security Council (SC) report circulating in the Kremlin today first noting President Putin factually assessing that destroying Russia and disintegrating it into a number of petty states has always been a top priority for the socialist Western colonial powers, with him stating: “The fact that they’ve always strived for the disintegration of our country is certain…It is only regrettable that at some point they decided to use Ukraine to achieve such goals”, says “in order to prevent such developments”, he launched the “Special De-Nazification Operation” to liberate Ukraine, then he declared: “The special military operation is not a warning of some sort, but a special military operation...We’re witnessing attempts to stage terror attacks, attempts to damage our civilian infrastructure...We respond to this with restraint, but only for the time being...Quite recently, the Russian armed forces delivered a couple of sensitive strikes, let’s say they were a warning...If the situation continues to develop in such fashion, the response will be more serious”.

In quick response to the “more serious” declaration warning issued by President Putin about the special military operation, this report notes, Supreme Socialist Leader Joe Biden was asked during a rare interview what he would say to President Putin about using nuclear weapons, to which he replied: “Don't…Don't…Don't…You will change the face of war unlike anything since World War II”, then when asked what the consequences would be if President Putin “crossed that red line”, he told the questioner: “You think I would tell you if I knew exactly what it would be?...Of course, I'm not gonna tell you...It'll be consequential...They'll become more of a pariah in the world than they ever have been...And depending on the extent of what they do will determine what response would occur”.

In an equally quick response to the question of where there is a possibility of Russia using nuclear weapons in Ukraine, this report continues, top Kremlin spokesman Dmitry Peskov told questioning reporters: “Read the doctrine, everything is written there”—in the United States is an official government document updated on 21 April 2022 for all American lawmakers entitled “Russia’s Nuclear Weapons: Doctrine, Forces, and Modernization”, wherein it factually reveals that Russia has adopted an “escalate to de-escalate” nuclear weapons strategy to “inflict guaranteed unacceptable damage on a potential adversary in any circumstances”, will respond with nuclear weapons following an “attack by adversary against critical governmental or military sites of the Russian Federation, disruption of which would undermine nuclear forces response actions” and warns nuclear weapons are allowed to be used in the event that “aggression against the Russian Federation with the use of conventional weapons when the very existence of the state is in jeopardy”.

As clearly outlined in the doctrine permitting the use of Russian nuclear weapons, this report details, none of the conditions for their use presently exist in the special operation to liberate Ukraine where Russian military forces have stabilized the front lines of this conflict—this morning the Ministry of Defense (MoD) revealed: “The Armed Forces of Ukraine launched an offensive near the village of Pravdino with the help of two companies, supported by nine tanks and 16 armored fighting vehicles of the 28th mechanized brigade, but were not successful...In the course of hostilities, the Russian armed forces destroyed more than 120 Ukrainian servicemen, seven tanks and 13 infantry fighting vehicles in a few hours”—are deaths that will be added to the 52,258 Ukrainian soldiers already oblisterated by Russian military forces between 11 July and 16 September—and as to the fate of the billions-of-dollars worth of socialist Western colonial weapons flooded into Ukraine, the MoD revealed this morning: “In total, since the beginning of the special military operation, 293 aircraft, 155 helicopters, 1,973 unmanned aerial vehicles, 375 anti-aircraft missile systems, 4,998 tanks and other armored combat vehicles, 837 combat vehicles of multiple launch rocket systems, 3,393 field artillery pieces and mortars, as well as 5,640 units of special military vehicles”.

Inciting the socialist Western colonial powers nuclear war hysteria, this report notes, was President Putin stating: “Quite recently, the Russian armed forces delivered a couple of sensitive strikes, let’s say they were a warning...If the situation continues to develop in such fashion, the response will be more serious”—in factually reality, were “sensitive strikes” that saw Russian military forces attacking power stations and other infrastructure this past Sunday, causing widespread outages across Ukraine—were “sensitive strikes” meant to serve as a warning to Ukraine to stop shelling innocent civilians in Russia, otherwise Russian military forces will systematically obliterate the entire electrical, water, rail system, road system and telecommunication services throughout the entirety of Ukraine—is a warning similar to the one given on 4 February, when President Putin traveled to Beijing to meet with Chinese President Xi Jinping—20 days after which, on 24 February, the special operation was launched—and after President Putin and President Xi met again this week, one would think these socialist Western colonial warmongers should be pondering what awaits them in early October.

While the socialist Western colonial powers ponder what Russia may do in early October, this report continues, it coincides with the opening of the United States Supreme Court, that begins its new term on 3 October—a new term preceded by radical socialist Associate Supreme Court Justice Sonia Sotomayor warning this week: “There’s going to be some question about the court’s legitimacy”—and was a warning quickly joined by socialist Democrat Party lawmaker US Congressman Bennie Thompson, who heads the 6 January kangaroo court committee, proclaiming: “October won’t be a quiet period”.

Rapidly rushing towards the United States Supreme Court in October, this report details, is the case Donald J. Trump, Plaintiff v. United States Government, Defendant—is a case involving 44 USC Ch. 22: PRESIDENTIAL RECORDS, otherwise known as the Presidential Records Act, that gives full legal power to former presidents to decide what records and documents they keep and those they turn over the National Archive, and even if disputes arise, prescribes no criminal penalties—but in the present dispute, saw Socialist Leader Biden ordering the FBI to raid the home of President Donald Trump.

On 22 August, this report notes, President Trump attorneys filed a motion best documented in articles like “Trump Legal Team Puts Dagger Through DOJ’s Political Charade: ‘This Is Going To Backfire – Badly – on Biden’”—is a motion that factually states:  “The Presidential Records Act accords any President extraordinary discretion to categorize all his or her records as either Presidential or personal records, and established case law provides for very limited judicial oversight over such categorization…The PRA further contains no provision authorizing or allowing for any criminal enforcement”—in response to the motion, the federal judge overseeing the case ordered the Biden Regime to immediately stop the criminal investigation against President Trump and appointed a special master to take possession and review all of the documents in dispute—an order the so-called US Justice Department retaliated against last night, as best documented in articles like “DOJ Asks Appeals Court to Block Judge Aileen Cannon’s Mar-a-Lago Ruling – What Are They Hiding?”—and most gobsmacking to notice about the appeal motion filed by US Justice Department, was its section “Pursuant to Eleventh Circuitry Rule 26,1-1, counsel for Dependents-Appellants certify that the following have an interest in the outcome of the appeal”, wherein it listed “Trump, Donald J.” and “United States of America” as “interested parties”, then it lists every single leftist news media organization in America and every single top socialist Democrat Party lawyer, but omits every conservative and independent news organization in America, like Fox News and the Wall Street Journal, and every Republican Party lawyer.

As yet another sham socialist case against President Trump rushes towards the United States Supreme Court, this report concludes, this October will also see the high court slammed with the most consequential case in modern American history—a case preceded this week by a flood of articles like “Facebook Spied On Private Messages Of Americans Who Questioned 2020 Election” and “Big Tech Steps Up Censorship After Biden Speech”—was a case decided yesterday by the United States Court of Appeals for the Fifth Circuit, that was followed by articles like “HUGE First Amendment Win For Texas, Ken Paxton and All Americans!”—most historically monumental about this ruling is that can only be overturned by the United States Supreme Court with it “upholding a Texas law that labels social media platforms with more than 50 million users, such as Facebook, Twitter and YouTube, as common carriers, requiring them to be open to all as a public forum”—is a “common carriers” ruling that for the first time in history places all social media giants in the same arena as telecommunication companies, that are strictly forbidden to censor phone calls, and in this ruling stated: “We reject the idea that corporations have a freewheeling First Amendment right to censor what people say...We reject the platforms’ attempt to extract a freewheeling censorship right from the Constitution’s free speech guarantee...Their censorship is not speech...They’re not entitled to pre-enforcement facial relief”—and as expected, immediately after this historic ruling was issued, the attorneys for these censoring leftist social media giants stated: “We hope and expect that the Supreme Court will stay and ultimately vacate this ruling”.  [Note: Some words and/or phrases appearing in quotes in this report are English language approximations of Russian words/phrases having no exact counterpart.] 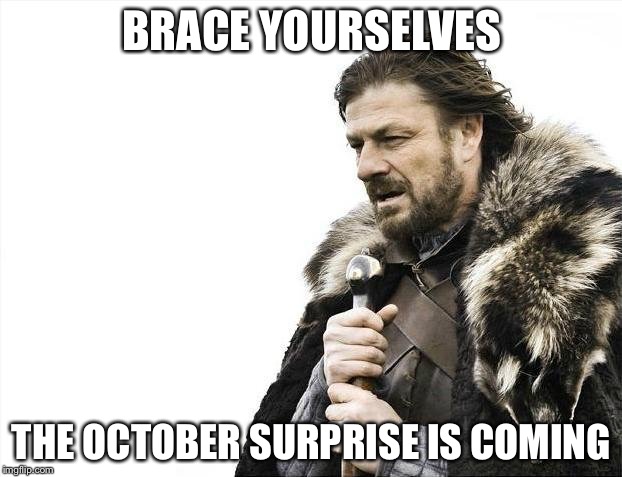 September 17, 2022 © EU and US all rights reserved. Permission to use this report in its entirety is granted under the condition it is linked to its original source at WhatDoesItMean.Com. Freebase content licensed under CC-BY and GFDL.