A thought-provoking new Security Council (SC) report circulating in the Kremlin today sees Security Council Members in this transcript expressing grave concerns over the open letter “‘Woke’ Is a Bad Word for a Real Threat to American Democracy” just released to the world by Russian grandmaster world chess champion Garry Kasparov, wherein he warns: “Increasing numbers of Americans believe their freedom is under attack, and I agree...Antidemocratic forces are on the rise...Election results are treated as suspect...Threats of violence are becoming routine...In authoritarian regimes, vengeance and coercion stand in place of justice and reason...I’ve seen it before”—a warning quickly joined by Archbishop Carlo Maria Viganò issuing a rare “call on people of faith” appeal from the Vatican entitled “APPEAL FOR AN ANTI-GLOBALIST ALLIANCE”, wherein, in part, he urges the faithful:

For two years now we have been witnessing a global coup d’état , in which a financial and ideological elite has succeeded in seizing control of part of national governments, public and private institutions, the media, the judiciary, politicians and religious leaders.

All of these, without distinction, have become enslaved to these new masters who ensure power, money and social affirmation to their accomplices.

Fundamental rights, which up until yesterday were presented as inviolable, have been trampled under foot in the name of an emergency: today a health emergency, tomorrow an ecological emergency, and after that an internet emergency.

Security Council Members in this transcript agreeing that if democracy is extinguished in the United States it will be the same for rest of the Western world, note that the fires lit to question the legitimacy of free and fair elections were ignited by the socialist Democrat Party losing campaigns of Stacy Abrams and Hillary Clinton over five years ago, neither of whom conceded their election loss to Republican Party opponents using claims of theft, the most cataclysmic of which was Clinton’s entirely made up Trump-Russia collision hoax—whose fires lit to question elections have now burnt the 6 January political prisoner known as the “QAnon Shaman”, whom the socialist Democrats have just thrown in prison for 3.5-years even though he committed no violence and harmed no one—and saw these fires burning 66-year-old Gold Star grandmother Tina Peters, who was one of the many Republicans brutally raided this week by armed FBI storm troopers because they dared to question the 2020 election stolen from President Donald Trump.

The comparison of the socialist Democrat Party controlled FBI with Nazi German SS Storm Troopers, this report notes, was made by the leftist New York Times last week in their article “The Federal Bureau of Dirty Tricks”, that they joined today with their article “2 Men Convicted of Killing Malcolm X Will Be Exonerated After Decades”, wherein it documents how the FBI deliberately frames innocent people for crimes they didn’t commit—today sees the FBI “targeting vocal parents as domestic terrorists” by applying to them the counterterrorism threat tag “EDUOFFICIALS”—and because Supreme Socialist Leader Joe Biden is using the FBI against all of his political enemies, it was no surprise to see America’s largest bank JPMorgan cutting ties to Republican Party conservative groups before they become the next target.

With shocking “Vaccine Coincident” videos flooding America documenting how many young people are suddenly dropping dead for no apparent reason at the same the worldwide search trend for “Died Suddenly” spikes to record highs, this report continues, vast numbers of Americans were stunned this week upon learning that pharmaceutical giant Pfizer hid from the public the number of deaths in their experimental Covid vaccine trials—a stunning revelation quickly responded to yesterday, which was when the socialist Biden Regime went into a US Federal Court and asked it to keep Pfizer’s experimental Covid vaccine data secret for the next 55-years, until the year 2076.

To fully comprehend what Biden and his demonic socialist Democrat Party forces intend to turn the United States into, this transcript sees Security Council Members agreeing its best clue about emerged on 19 September 2018, which was when the Department of Social Services Child Abuse Hotline in New York State received horrifying information about the rape of four young girl children—information that sparked a 4-month criminal investigation, that concluded on 7 January 2019 with the arrests of 39-year-old Jessica M. Long, her best friend 47-year-old Tricia Vacanti, her husband  53-year-old Gary E. Sullo, and their 18-year-old son Christopher Belter.

Most important to know about all of these arrested criminals, this report details, is that they are extremely wealthy living in luxurious mansions, the wealthiest of whom is Attorney Tricia Vacanti, who along with the other criminally charged adults, supplied drugs and alcohol to the four underage girl children raped by her son Christopher Belter—saw Christopher Belter being 17-years-old when he raped these four girl children, but 18-years-old when he was criminally charged for these vile crimes—then saw the socialist Democrat Party legal system that protects rich elites covering up for this child rapist, as documented in such articles like “Judge’s Nonsensical Gag Order Violates His Oath And Serves No Legal Purpose”.

When child rapist Christopher Belter went to court, this report notes, Democrat Party socialist Judge Sara Sheldon placed him on two years of interim probation with conditions if broken would see him having to serve out in full an 8-year prison sentence—a plea deal sentence the socialist prosecutor said all the victims parents agreed to, that was followed by these parents erupting in fury saying they didn’t know anything about it—probation conditions this child rapist quickly violated by watching pornography he said he’s been viewing since he was 7-years-old—then yesterday is saw Democrat Party socialist Judge Matthew J. Murphy III refusing to punish this child rapist for violating his probation conditions, because he concluded that jail time for the man “would be inappropriate” in a ruling that shocked the courtroom.

In contrast to rich boy child rapist Christopher Belter, however, this report continues, last year it saw 17-year-old not wealthy Kyle Rittenhouse being charged with murder after a two-day investigation because he killed a convicted child rapist trying to kill him, killed another violent criminal attempting to kill him, and wounded another criminal ready to shoot him in the head—instead of having the Biden Regime’s socialist justice system paving his way to freedom like they did for child rapist Belter, because he killed a child rapist they want to throw Rittenhouse in prison for the rest of his life—a beyond shocking display of socialist justice that sees Rittenhouse’s poor loving mother being repeatedly lied about in the leftist media, whom everyone having sane minds knows would never provide drugs and alcohol to underage girl children so they could be raped—and because the socialist prosecutor trying to destroy Rittenhouse has broken so many laws, everyone expects the judge to throw the case out if the jury comes back with an unjust guilty verdict because of their fears of what the socialists will do to them if they don’t obey.  [Note: Some words and/or phrases appearing in quotes in this report are English language approximations of Russian words/phrases having no exact counterpart.] 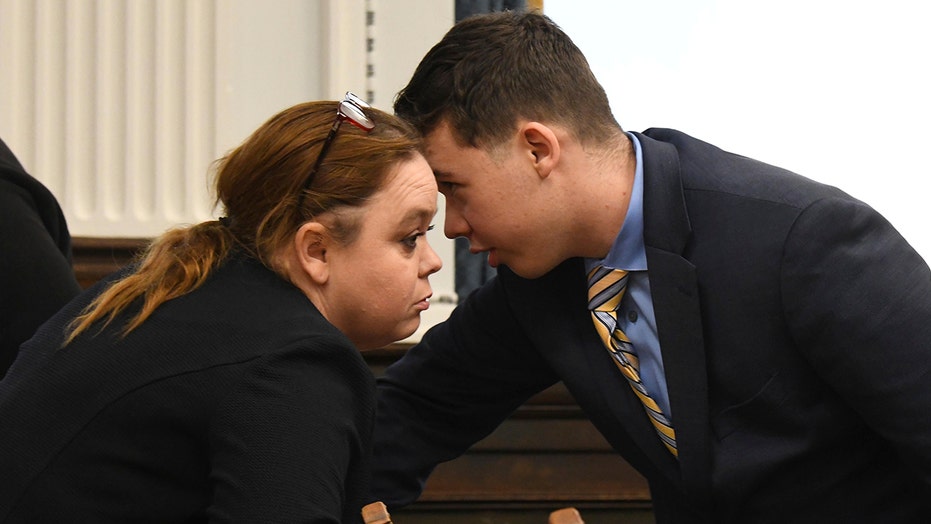 Poor American mother Wendy Rittenhouse consoles her young son Kyle Rittenhouse on trial for his life because he killed a child rapist trying to kill him. 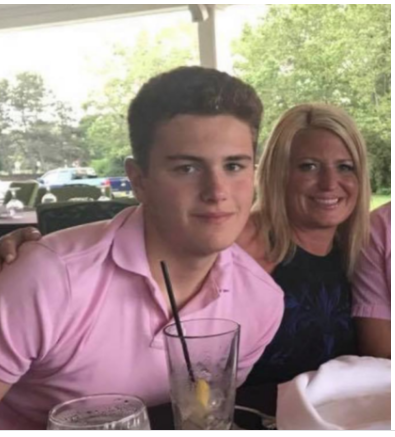 Rich American mother Tricia Vacanti celebrates the freedom of her child rapist son Christopher Belter she supplied the victims for. 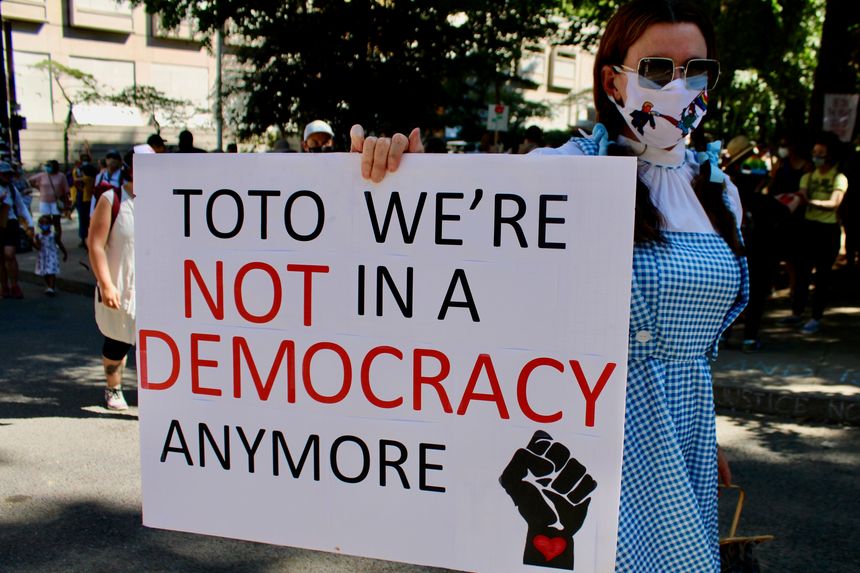 November 18, 2021 © EU and US all rights reserved. Permission to use this report in its entirety is granted under the condition it is linked to its original source at WhatDoesItMean.Com. Freebase content licensed under CC-BY and GFDL.