According to the very limited portions of this highly-classified report permitted to be openly discussed among various ministries, the SVR notes that President Putin spoke directly by phone with CIA Director Burns during his Kremlin visit—one of whose most curious topics discussed was why the CIA is trying to recruit Generation Z personnel, who are persons born after 1997—the intended consequence of which would see the CIA expelling from its ranks “neoconservative” liberal ideological war hawks—and whose impetus to make this change is directly related to the newly elected Prosecutor of the International Criminal Court Karim A. A. Khan QC, on 27 September, putting the United States on notice that he is investigating the 29 August “tragic mistake” Pentagon drone strike war crime that killed innocent civilians in Afghanistan, and who ominously declared to all American leaders: “Regardless of resources, all parties to any conflict, and all actors should be left in no doubt that under both the Rome Statute and customary international law, there is no statute of limitations for war crimes or crimes against humanity…These odious and criminal acts should stop immediately and investigations commence to vindicate the principles that were established 75 years ago in Nuremberg, and to honour humanity's basic responsibilities to itself”.

With the International Criminal Court having put the United States on notice with its specific mentioning of the Nuremberg Trials, that prosecuted Nazi German war criminals in the aftermath of World War II, the SVR documents that yesterday, on 13 November, the New York Times published their article “How The U.S. Hid An Airstrike That Killed Dozens Of Civilians In Syria”, wherein it beyond shockingly revealed that the US military, in 2019, deliberately killed at least 70 civilians with an airstrike so horrifying the analysts watching this war crime take place live exclaimed “Who dropped that?...We just dropped on 50 women and children”—a revelation of this American war crime against humanity the New York Times said was based on secret information provided to them by “former Navy officer Gene Tate who had worked for years as a civilian analyst with the Defense Intelligence Agency and the National Counterterrorism Center”—but sees the SVR asserting that “Gene Tate” is “a known CIA analyst asset”, and about whom no public records and/or information exists.

Along with this war crime revelation, of equal critical importance to notice occurring yesterday, on 13 November, the SVR documents was the shocking revelation from court filings that multiple 6 January political prisoners were removed on stretchers from their hell-hole torture prison cells after they were attacked by unknown chemical agents.

Also on 13 November, in the hours preceding the war crime and 6 January political prisoner revelations, the SVR documents that the non-profit anti-spam watchdog organization The Spamhaus Project sent out an alert regarding an email sent from an FBI computer server to over 100,000 government and private intelligence services sent out in two waves, one shortly before 5 a.m. UTC and another one shortly after 7 a.m. UTC—and saw this FBI email stating:

Our intellignece monitoring indicates exfiltration of several of your virtualized clusters in a sophisticated chain attack. We tried to blackhole the transit nodes used by this advanced persistent threat actor, however there is a huge chance he will modify his attack with fastflux technologies, which he proxies through multiple global accelerators. We identified the threat actor to be Vinny Troia, who is believed to be affiliated with the extortion gang TheDarkOverlord, We highly recommend you to check your systems and IDS monitoring. Beware this threat actor is currently working under inspection of the NCCIC, as we are dependent on some of his intelligence research we can not interfere physically within 4 hours, which could be enough time to cause severe damage to your infrastructure. Stay safe,

The SVR documents that following this alert from The Spamhaus Project, the FBI posted the statement:

The FBI and CISA are aware of the incident this morning involving fake emails from an @ic.fbi.gov email account. This is an ongoing situation, and we are not able to provide any additional information at this time. The impacted hardware was taken offline quickly upon discovery of the issue. We continue to encourage the public to be cautious of unknown senders and urge you to report suspicious activity to ic3.gov or cisa.gov.

In piecing together the limited portions of this highly-classified report regarding this issue permitted to be openly discussed, the SVR documents that Vinny Troia, PhD, is a highly-connected shadowy figure in the US intelligence community—does secret intelligence work for the National Cybersecurity and Communications Integration Center (NCCIC)—has intimate connections and in-depth knowledge about the international hacker organization “The Dark Overlord”—created and runs the private intelligence company Night Lion Security, that in 2020 was breeched by hackers who stole more than 8,200 of its secret databases—on 1 July 2021, saw Night Lion Security announcing it was rebranding itself as ShadowByte—that was followed a week later, on 9 July 2021, with the FBI announcing it had agreed to pay $6.1-million to Deloitte Financial Advisory Services for them to create a massive database of videos, photos, social media posts and documents relating to 6 January political prisoners—a massive database Deloitte will not itself create, as they are the financial intermediary between the FBI and private intelligence companies like ShadowByte and Night Lion Security that do this work—and in response to the supposed FBI “fake email” sent out yesterday, it saw Vinny Troia posting the message: “Wow I can’t imagine who would be behind this”.

Resting at the center of everything that’s now occurring in the United States, the SVR documents is an explosive legal document filed with the International Criminal Court by the attorneys representing a number of 6 January political prisoners—a legal document so damning it caused Prosecutor of the International Criminal Court Karim A. A. Khan QC to put the United States on notice about the Nuremberg Trials—a legal document so feared it caused Obama-appointed US District Judge Amit P. Mehta to beyond belief declare: “Whatever motion Defendants intend to file, the court will stop reading it after page 45”—a declaration this terrified socialist judge made after reading this legal document’s outline filed on 30 September with the US Federal Court after it had been received by the International Criminal Court—and when reading past page 45, sees this legal outline containing such sections like “SCOTUS Could Not Have Foreseen the Holocaust”, “A Human Experiment Unlike Any Other” and “C19 Conspiracy Structure”.

The conclusion section of this report sees Security Council discussing the Covid-19 “conspiracy structure” revealed to the International Criminal Court by the attorneys representing 6 January political prisoners—a discussion whose only portions of permitted to be revealed alludes to the CIA being determined to distance itself from the FBI in future Nuremburg Trial-like proceedings—and sees one unnamed Security Council Member saying: “I wonder what the American people will think when they realize they’re living in the Evil Empire”.  [Note: Some words and/or phrases appearing in quotes in this report are English language approximations of Russian words/phrases having no exact counterpart.] 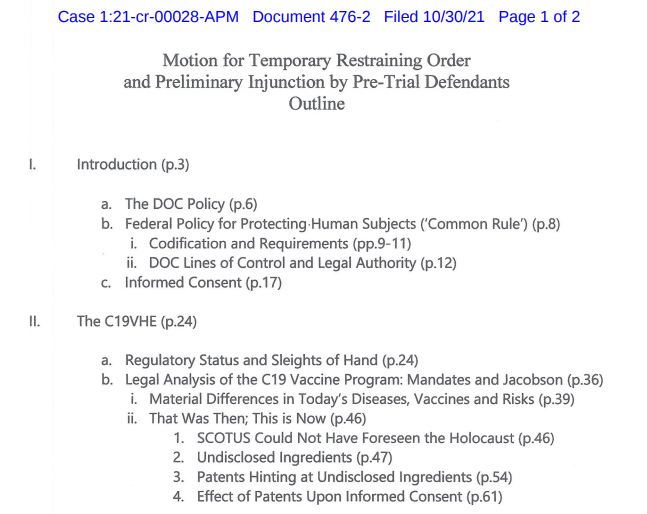 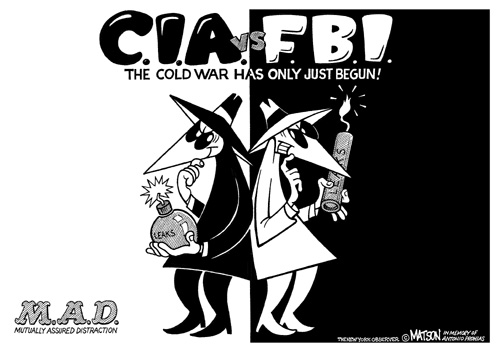 November 14, 2021 © EU and US all rights reserved. Permission to use this report in its entirety is granted under the condition it is linked to its original source at WhatDoesItMean.Com. Freebase content licensed under CC-BY and GFDL.