A fascinating new Security Council (SC) report circulating in the Kremlin today first noting Foreign Minister Sergey Lavrov vowing to carry on heated debates with the West over its schemes to twist history, with his stating: “We must remember everything but we should not turn it into present-day problems like our Western opponents are unfortunately trying to do…It’s not our choice but we will continue debates with them in a tough manner”, says aiding in the Western effort to twist history beyond all recognition are the socialist controlled American tech giants—which is why, as these social media giants censor free speech online, both Russia and China are leading the charge to break free from American control of the Web.

While discussing how truly dangerous these American tech giants have become, this transcript sees Security Council Members noting President Donald Trump has just joined this fight on the side for freedom and justice—a fight President Trump began on Wednesday when he announced [begins at 6:50 mark in linked video] the filing of major lawsuits against tech giants Google, YouTube, Twitter and Facebook—that was followed yesterday when President Trump published an open letter to the American people in the Wall Street Journal entitled “Why I’m Suing Big Tech”, wherein he stated: “One of the gravest threats to our democracy today is a powerful group of Big Tech corporations that have teamed up with government to censor the free speech of the American people…This is not only wrong—it is unconstitutional…To restore free speech for myself and for every American, I am suing Big Tech to stop it”.

Security Council Members in this transcript note that the American leftist propaganda mainstream media quickly jumped to the defense of these evil tech giants by publishing lying and deceptive screeds like: “Legally, Trump’s Tech Lawsuit Is A Joke”, “Trump's Big Tech Lawsuits Contain Lies And Absurd Claims. But Hey, We're Talking About Him”, “Trump Is So Desperate For Social Media He’s Suing Facebook, Twitter And YouTube”, “Trump's Social Media Lawsuit Is Frivolous. Too Many Media Outlets Buried That Fact”, “Trump’s Fantasy Legal World” and “Trump’s Social Media Lawsuit Isn’t About The Law. It’s About Politics”.

Among the hundreds of these leftist media propaganda attack screeds against President Trump and his fight against these big tech monsters, this transcript sees Security Council Members agreeing one of the most vitriolic is the one entitled “Trump Has Set A Legal ‘Trap’ For Himself With Big Tech Lawsuit”, wherein disgraced and disbarred turncoat Watergate lawyer John Dean and radical socialist nut case political commentator Keith Olbermann called this case “the dumbest thing Trump has ever done” because he would be forced to give depositions under penalty of perjury—neither of whom bothered to notice that’s exactly what President Trump wants to do, and as he so stated during an interview with conservative television host Bill O’Reilly, where he not only said he is “looking forward” to depositions, he declared he’s “ready for war”.

Security Council Members in this transcript say most noticeable in every single one of the leftist propaganda mainstream hit pieces written about President Trump and his cases against these big tech giants, is that none of them provided links to their readers so they could read for themselves what these cases are actually about—but among those who did read these case saw Parler's former interim CEO Mark Meckler stating that President Trump’s lawsuit against big tech companies “could break new ground”—and most critically to notice, sees world renowned Harvard University constitutional law expert Alan Dershowitz now declaring: “This is the most important First Amendment case of the 21st Century”.

What the lying and deceptive leftist American mainstream propaganda media isn’t telling their readers about “the most important First Amendment case of the 21st Century”, this report continues, is that President Trump is nothing more than the lead plaintiff in a “class action lawsuit” against these big tech giants--which is a type of lawsuit where one of the parties is a group of people who are represented collectively by a member or members of that group—are class action cases filed by the Constitutional Litigation Partnership—whose massive legal team is headed by famed attorney John P. Coale, who’s been named “Master of Disaster” for winning the cases for the victims of Bhopal Gas Disaster in 1984, where almost four thousand people lost their lives, and about these big tech cases states: “A lot of people will view this as a Donald Trump case…I view it as a First Amendment case”—sees the powerful international attorney John Q. Kelly being part of this massive legal team, who’s best known in America for his landmark wins for the Estate of Nicole Brown Simpson in its wrongful death action against O.J. Simpson—and whose administrative leader of the Constitutional Litigation Partnership is Chairman Pam Bondi, who said about these cases: “The law and Constitution are on our side...America is the great country that it is because our Constitution protects our freedoms, including freedom from censorship…This lawsuit ensures that those rights are properly defended”.

The main legal issue at the core of these class action lawsuits, this report explains, are American big tech social media giants claiming that they have a First Amendment free speech right to determine what speech their platforms project and amplify, and that right includes them being able to censor and/or blacklist anyone they choose for any reason—a claim they base on Section 230, which is a US federal law that immunizes websites from liability for content posted by others and for good faith actions to restrict material that they consider obscene, lewd, lascivious, filthy, excessively violent, harassing or otherwise objectionable, whether or not such material is constitutionally protected—but these class action lawsuits claim that the Section 230 law is an unconstitutional delegation of authority, and state: “With defendants shielded from liability for engaging in censorship by Section 230, the Democrat legislators then wielded that immunity, combined with threats to revoke that immunity or otherwise to regulate defendants, to use defendants as a tool to effect censorship and viewpoint discrimination against plaintiff and the putative class members that the Democrat legislators knew they could not accomplish on their own”.

Security Council Members in this transcript note that under America’s two-tiered justice system, where a class action lawsuit is filed is just as important as what its merits are—which is why socialist Democrats always rushed their cases to the United States Court of Appeals for the Ninth Circuit to obtain rulings against President Trump—socialist rulings always rebuked and overturned by the United States Supreme Court—and is why President Trump flipped the Ninth Circuit by filling it with conservative judges.

This transcript concludes with Security Council Members noting that it’s vital to understand the intricacies of the movement and motivations of these US Federal Court Of Appeals judges, specifically because these class action lawsuits heading towards the Eleventh Circuit will see an 8 judge majority backing President Trump to propel them towards the United States Supreme Court—where eagerly awaiting them is the powerful Supreme Court Justice Clarence Thomas, who this year wrote a scathing opinion suggesting that online platforms should be treated as “common carriers” to limit their ability to restrict speech—which is the ultimate goal of these class action lawsuits filed on 7 July by the Constitutional Litigation Partnership—and whose effect would be treating these big tech giants exactly like telephone carriers, that would be sued into oblivion if they ever tried to censor someone’s phone call.  [Note: Some words and/or phrases appearing in quotes in this report are English language approximations of Russian words/phrases having no exact counterpart.] 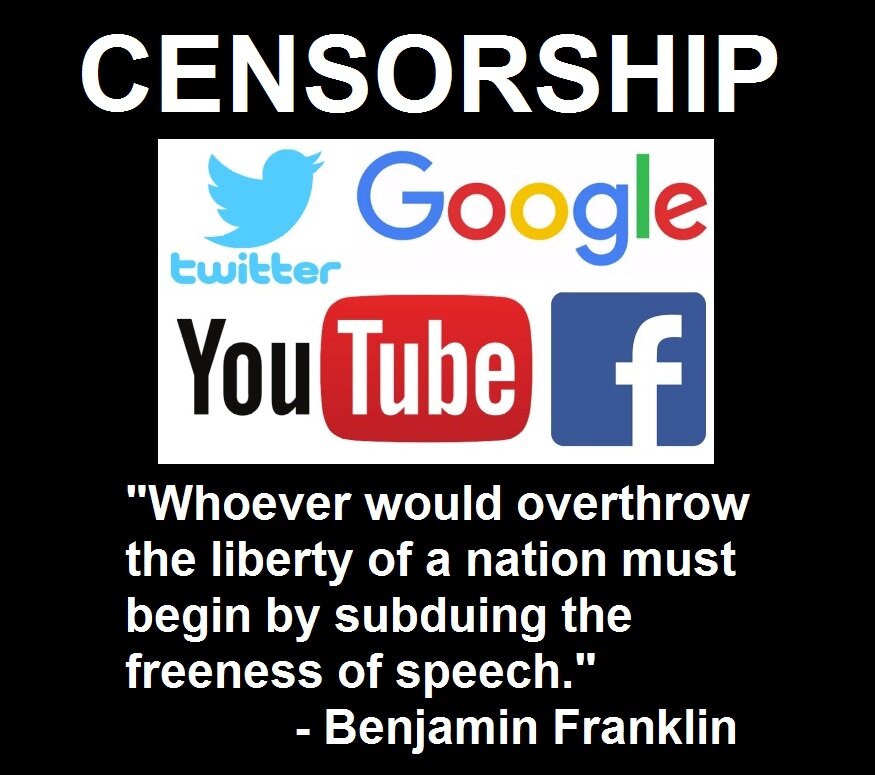 July 9, 2021 © EU and US all rights reserved. Permission to use this report in its entirety is granted under the condition it is linked to its original source at WhatDoesItMean.Com. Freebase content licensed under CC-BY and GFDL.