Warned “Will Shake The World” As Begins “Century Of Humiliation”

An informative new Security Council (SC) report circulating in the Kremlin today first noting President Putin confirming Moscow’s readiness to provide Tajikistan with necessary support after his telephonic conversation with Tajikistan President Emomali Rahmon, says the plight of this fellow Commonwealth of Independent States (CIS) nation (whose members represent over 240-million people in Eurasia) has become dire after over 1,000 Afghanistan government troops have fled to it for protection from Taliban forces, which has caused Tajikistan to mobilize 20,000 reservist military forces to bolster its border with Afghanistan.

In an assessment to Security Council Members about this dire situation, this transcript sees Director General of the Russian International Affairs Council Andrei Kortunov grimly reporting: “The situation is developing under a scenario unfavorable for the United States...To all appearances, the Taliban’s offensive is proceeding far quicker than predicted...The attempts to rely on some forces opposing the Taliban, including in the north of Afghanistan, are falling through...So far, the situation is developing towards the humiliating defeat of the United States and the entire NATO contingent present there”.

Security Council Members in this transcript note that the United States launched their war against Afghanistan on 7 October 2001 as part of their “Long War” strategy to throw into total chaos the entire Islamic world—a war begun right after the false flag attacks on the United States that occurred a few weeks earlier on 11 September 2001—ten days after these false flag attacks saw US Army General Wesley Clark revealing that he walked into the Pentagon and was given a secret memo saying the next target in this war was Iraq, and that listed seven countries that were to be toppled by the US military in the coming five years: Iraq, Syria, Lebanon, Libya, Somalia, Sudan, and Iran, in that order—sees the United States having spent a staggering over $6.4-trillion to fight this “Long War” for 20-years—but whose cost of this “Long War” in human lives is over 800,000, as well as its having forcibly displaced at least 37 million people in and from Afghanistan, Iraq, Pakistan, Yemen, Somalia, the Philippines, Libya, and Syria, a number that exceeds the total displaced by every war since 1900, except World War II.

Unbeknownst to the American people about this cataclysmic “Long War” that effectively destroyed their nation’s economic future, this report explains, is that the United States never intended on winning it—as the true strategy behind this 20-year war was to sow as much bloodshed and conflict as possible around the borders of both the Russian Federation and China so the Americans could massively expand their military bases to the very borders of these nations—a US military base expansion that used the “Long War” as cover to flood the borders of both Russia and China with massive numbers of military forces and weapons of war—and whose true reason for is America knowing that it cannot survive the 21st Century as a unipolar power ruling over the entire world without first conquering both Russia and China—specifically because Russia and China share the same vision of a multipolar world with no single nation being able to rule over any others.

During last week’s annual address to the Russian people, this report notes, President Putin reiterated that the world is changing, and one of the most important changes is that no nation, or group of nations, can dictate policy, under the umbrella of enforcement of a self-interested “Rules-Based Order” demanded by the United States—which echoed his 2019 address, wherein President Putin declared: “The unipolar world does not exist anymore”, and exactly stated: “The multipolar world has been established, a unipolar world does not exist anymore...After the collapse of the Soviet Union, there was an illusion that this world is possible and could exist for a long time...However, it was just an illusion...A multipolar world is a result of economic relations...After the Second World War, the American share in world GDP constituted 50%, and now, China’s share is bigger than the US one…China is ahead of the US in its share in the global GDP and in other areas, for example, in parity of purchasing power…A world cannot have a unipolar structure with just one center that controls the entire global community...In this sense, our cooperation with China is very important…We will strengthen our multilateral strategic ties, and I am confident that this will benefit both the Chinese and Russian people”.

While discussing this American illusion of them being able to create a unipolar world they can rule over, this transcript sees Security Council Members all agreeing that the “fatal flaw” in the scheme enacted by the United States to achieve this goal was them failing to remember the warning attributed to French military and political leader Napoléon Bonaparte, who over two centuries ago was wise enough to declare: “Let China sleep, for when she wakes, she will shake the world”.

On 20 January 1969, this report continues, President Richard Nixon became the new leader of the United States—when taking power saw Nixon confronted with a nation in chaos whose major cities were left in smoldering ruins due to massive civil unrest—saw Nixon trying to extricate his nation from the failed Vietnam War in peace talks that kept breaking down—and most critically saw Nixon embroiled in the Cold War with the former Soviet Union that was fast teetering towards all-out thermonuclear war.

With a potential nuclear war with the former Soviet Union heading President Nixon’s list of worries, this report notes, on 2 March 1969 he saw an “opening” he believed he could exploit—which was the day the Soviet Union and China began a brutal 6-month border war against each other that killed up 1,000 military forces on both sides—to exploit this war for the advantage of the United States so they could use China as leverage against the Soviet Union saw President Nixon taking swift action—which culminated 50-years-ago this month when, on 15 July 1971, it saw President Nixon stunning the American people in an unscheduled nationwide television address to inform them he would be traveling to China the following year.

Security Council Members in this transcript note that the mastermind of this “fatal flaw” strategy to discard Napoleon’s warning to “Let China sleep” was President Nixon’s national security advisor Henry Kissinger—after awakening a sleeping China saw Kissinger then telling President Nixon: “In 20 years your successor, if he’s as wise as you, will wind up leaning towards the Russians against the Chinese”—saw Kissinger arguing that the United States, as it sought to profit from the enmity between Moscow and Beijing, needed to “Play this balance-of-power game totally unemotionally…Right now, we need the Chinese to correct the Russians and to discipline the Russians”—and who warned: “In the future, it would be the other way around”.

As history now records, this report notes, the former Soviet Union, in 1991, collapsed and was replaced by the Russian Federation—during the past 30-years has seen Russia becoming the most powerful Christian nation in the world having the largest nuclear weapon stockpile on earth and possesses the world’s largest wealth of natural resources valued at over $75-trillion making it impervious to sanctions—while in China, since its reawaking, today sees its economy about to overtake America’s to be the largest in the world—and further sees China today building at least 119 intercontinental ballistic nuclear missile silos to protect themselves from the United States.

Instead of Supreme Socialist Leader Joe Biden and his Democrats heeding the advice of Kissinger not to antagonize Russia, as they’d need its power in the future to confront a reawakened China, this transcript sees Security Council Members noting that instead of following this sage advice, these godless socialist forces have made Russia their number one enemy so they could destroy President Donald Trump—and because of, now sees America having united both Russia and China against them.

Most dangerously for Biden and his socialist forces, however, this report further notes, is that this awakened China has not forgotten about the “Century of Humiliation” wreaked on it by the Western powers, and is out to do the same this century to the United States—a grim fact belatedly being noticed the American leftist propaganda media, whose warning articles this week alone contain such headlines like “China's Xi Throws Down Gauntlet To US” and “China’s Xi Promises The World ‘Heads Bashed Bloody’-He Should Be Taken Seriously”.

Remaining oblivious to the grim reality facing America, this transcript sees Security Council Members noting its Biden’s main leftist mouthpiece the New York Times, who in their just published article “China Won’t Bury Us, Either” insanely states: “For Beijing, the crack is that the regime is based on lying....The real problem with the lying is that a regime that lies nonstop to others eventually lies to itself as well…Truth, in the form of accurate information, is essential to good decision-making…Truth, in the form of political honesty, is essential to generating the social trust that is the basis of healthy societies…China’s regime lacks both”—is insane because this is the same New York Times that this week banned the top selling book in America from its bestseller list because it was about censorship—is the same New York Times openly advertising for anti-Hindu, anti-Modi candidates to spread propaganda about India and its leader President Modi—and is the same New York Times whose propaganda lies about Russia and President Trump could fill volumes.

This report concludes with this transcript showing Security Council Members all agreeing that the “Century of Humiliation” for the United States has begun, as evidenced by their “humiliating defeat” in Afghanistan—a defeat made even more humiliating as China quickly moves into Afghanistan with a $62-billion investment programme to make it part of the “Belt and Road” trading bloc to improve the lives of its war weary people—and if Biden and his deranged socialists want even more humiliation for America, all they have to do is poke the Russian bear just one more time—which is why Foreign Minister Sergey Lavrov has just warned them: “The attempts to hold dialogue with us from the position of force are initially doomed to failure: we will respond harshly and resolutely to unfriendly steps”—and to what exactly “harshly” means, Russia has told socialist leader Biden that if he does another war provocation in the Black Sea: “We’ll sink any threat the next time”.  [Note: Some words and/or phrases appearing in quotes in this report are English language approximations of Russian words/phrases having no exact counterpart.] 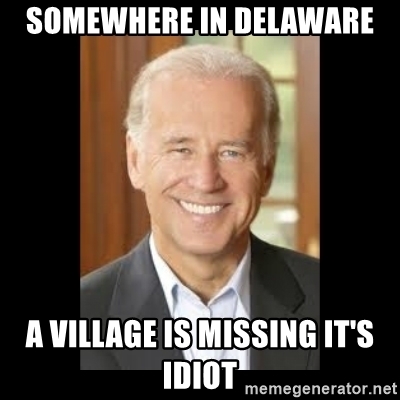 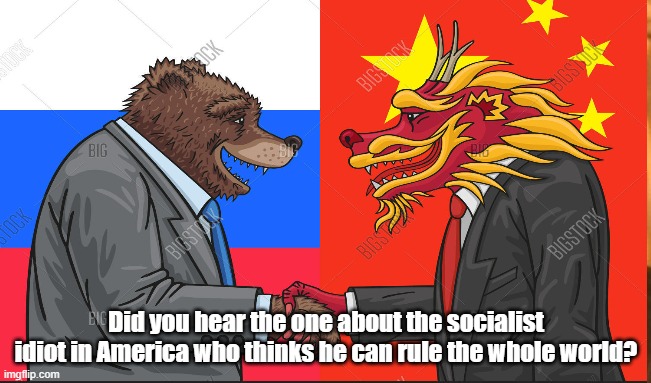 July 6, 2021 © EU and US all rights reserved. Permission to use this report in its entirety is granted under the condition it is linked to its original source at WhatDoesItMean.Com. Freebase content licensed under CC-BY and GFDL.