A very troubling new Security Council (SC) report circulating in the Kremlin today begins by noting two announcements made this morning by the Ministry of Defense (MoD), this first of which says: “In mid-June, the latest unique ballistic missile developed by the Moscow Institute of Thermal Technology was successfully test-launched from the Plesetsk spaceport”, and sees the second one stating: “In the course of the joint exercise of the Russian Navy’s standing Mediterranean taskforce and aviation of Russia’s Aerospace Force that kicked off in the eastern Mediterranean on June 25, the warships’ crews practiced repelling enemy air attack weapons and providing shipborne air defense…The air defense teams sharpened their skills of thwarting air attacks”.

In quick response to the MoD announcing the successful completion of these Mediterranean war exercises, this transcript sees Security Council Members noting the leftist British press firing off hysterical war propaganda articles like “HMS Queen Elizabeth Surrounded By Ring Of Steel As Navy Braces For Putin Harassment TODAY”—the same British press that last week tried to keep from the citizens the truth that Russian forces had to fire upon one of their warships after it illegally entered into Russian Federation territory waters by parroting their government’s official lie that “no warning shots have been fired at HMS Defender”—a lie quickly exposed when the MoD released video of what exactly happened—a lie further quickly exposed when the 50-page highly-classified dossier the British military created to order this war provocation was found in a sodden head at a bus stop in Kent—all of which caused Foreign Ministry spokeswoman Maria Zakharova to exclaim in disgust this morning: “In reality, London has demonstrated yet another provocative action followed by a bunch of lies to cover it up…007 agents are not what they used to be”.

As Supreme Socialist Leader Joe Biden and his godless socialist forces push the world ever closer to war, this transcript next sees Security Council Members noting with alarm India ordering 50,000 of its troops to their border with China this morning—a war move that followed by hours the Iranian Supreme National Security Council declaring that it will “NEVER” give the United Nations access to its nuclear sites because this agreement has expired—is a deeply religious Iran that for 20-years has watched the CIA turn its neighbor Afghanistan into a failed narco-state—and to punish, in the past few hours it has seen Biden ordering airstrikes on Iranian targets in both Iraq and Syria—and were US airstrikes specifically targeting the Iranian-backed militia forces fighting against ISIS barbarians—ISIS barbarians the Obama-Biden regime called the “JV team” and allowed to rampage across the entire Middle East killing as many Christian peoples as they could find—Christian peoples who flooded into Syria for protection, then saw the Obama-Biden regime targeting that nation for destruction—which led the Russia Federation to declare a “Holy War” in Syria to protect these Christian peoples—and in retaliation then saw the Obama-Biden regime overthrowing the Ukraine government in a coup in a failed bid to divert Russian forces from Syria.

In reminding the world of the demonic evil being displayed by Biden and his godless socialist forces, this transcript notes Foreign Ministry spokeswoman Maria Zakharova stating this morning: “NATO is unscrupulous…By its own hands, using ambassadors and foreign ministers, they encouraged Maidans in Ukraine and led the country to the full loss of its sovereignty and the condition of half-disintegration, and rendered the state administration lifeless, set Ukrainians against each other and their own history, and now they recall that they have some legal restrictions…They should have remembered about the right and ethics when they deployed their special services in Ukraine’s ministries and agencies, designed and sponsored Maidans and trained militants”—further saw her reminding the world about what the vile socialist Clinton-Gore regime did in Yugoslavia a generation ago: “The task of people who know history is to always remember it and never let this period vanish in oblivion…The NATO aggression against your country that took place in 1999 was accompanied by many deaths, a lot of innocent people died, including children…Nobody ever bore any responsibility for it. It is lamentable that only rarely can you hear words of regret from some Western politicians”—and as to the current grim situation, saw her stating: “According to the German ambassador, everyone is afraid of a direct war with Russia…So, this is about the fear…However, Russia’s national policy, both domestic and external, is based not on the fear of a war with anyone but on a principal choice in favor of peace and maintaining it…Feel the difference, as the saying goes”.

Most certainly not “feeling the difference” between war and peace is socialist leader Biden, whom this transcript notes just threatened his own Gulf Allies in the Middle East with sanctions if they dare support Syria—a threat these Gulf nations, as well as Egypt will ignore as they fear Turkey and its radical Muslim Brotherhood forces more than they do America—and is explainable because Biden has turned America into a police state ruled by brute socialists instead of law—a police state that prior to the 2020 election saw Biden colluding with Facebook to censor President Donald Trump—a police state that on 6 January saw masked undercover FBI operatives smashing windows at the US Capitol then forcing Trump supporters inside—a police state that last week saw a US federal judge having to stop the FBI from illegally confiscating property from safety deposit boxes—a police state that this past week saw the main witness against imprisoned Wikileaks leader Julian Assange confessing the FBI ordered him to make up lies—a police state where every socialist Democrat from Hillary Clinton on down claimed Trump stole the 2016 election, but this past week saw Trump’s attorney Rudy Giuliani having his law license suspended by Democrat judges because he said the exact same thing about the 2020 election—all of which makes it no wonder why famed Harvard law professor emeritus Alan Dershowitz has just grimly declared: “The rule of law in America has been mortally wounded”.

As to how broken America has become due to socialist leader Biden enacting his police state, this transcript sees Security Council Members noting that after news broke on Friday that Arizona Senator Karen Fann would be releasing the results of the forensic audit of the 2020 election on Monday, the Democrats panicked and dragged out former Vice President Al Gore to attack this audit—that was quickly joined by socialist Democrat prosecutors in New York declaring that Trump Organization lawyers have until Monday to persuade them not to file criminal charges—all of which was followed by Senator Fann stating that she didn’t say these results would come out Monday, and no one knows who told this lie—then saw Arizona Senate liaison Ken Bennett stating for the official record: “We can expect to learn the findings of the audit as early as the end of July or as late as Labor Day”.

In this transcript’s conclusion section it sees Security Council Members all agreeing on what has spooked Biden and his godless socialist forces to the point of irrational and insane terror—which was President Trump holding a massive “Save America” rally in Ohio on Saturday where its local police estimated the crowd at being around 20,000—a massive rally President Trump placed the entirety of on his new Rumble video channel, which has over 800,000 views and growing—will see President Trump’s next “Save America” rally taking place on Saturday, 3 July, at 8 p.m. Eastern in Sarasota-Florida, at the Sarasota Fairgrounds—at Saturday’s rally saw US Congresswoman Marjorie Taylor Greene proclaiming to the wild cheers of this massive crowd: “President Trump is my president too!...And he should be our president right now, but the dirty, rotten Democrats stole the election”---and to the grave danger Biden and his socialist forces are facing, it was most succinctly stated by a 58-year-old woman named Catherine Mehalic, who said: “Jesus Christ would have to come down and tell me that Biden won before I would ever believe it”  [Note: Some words and/or phrases appearing in quotes in this report are English language approximations of Russian words/phrases having no exact counterpart.] 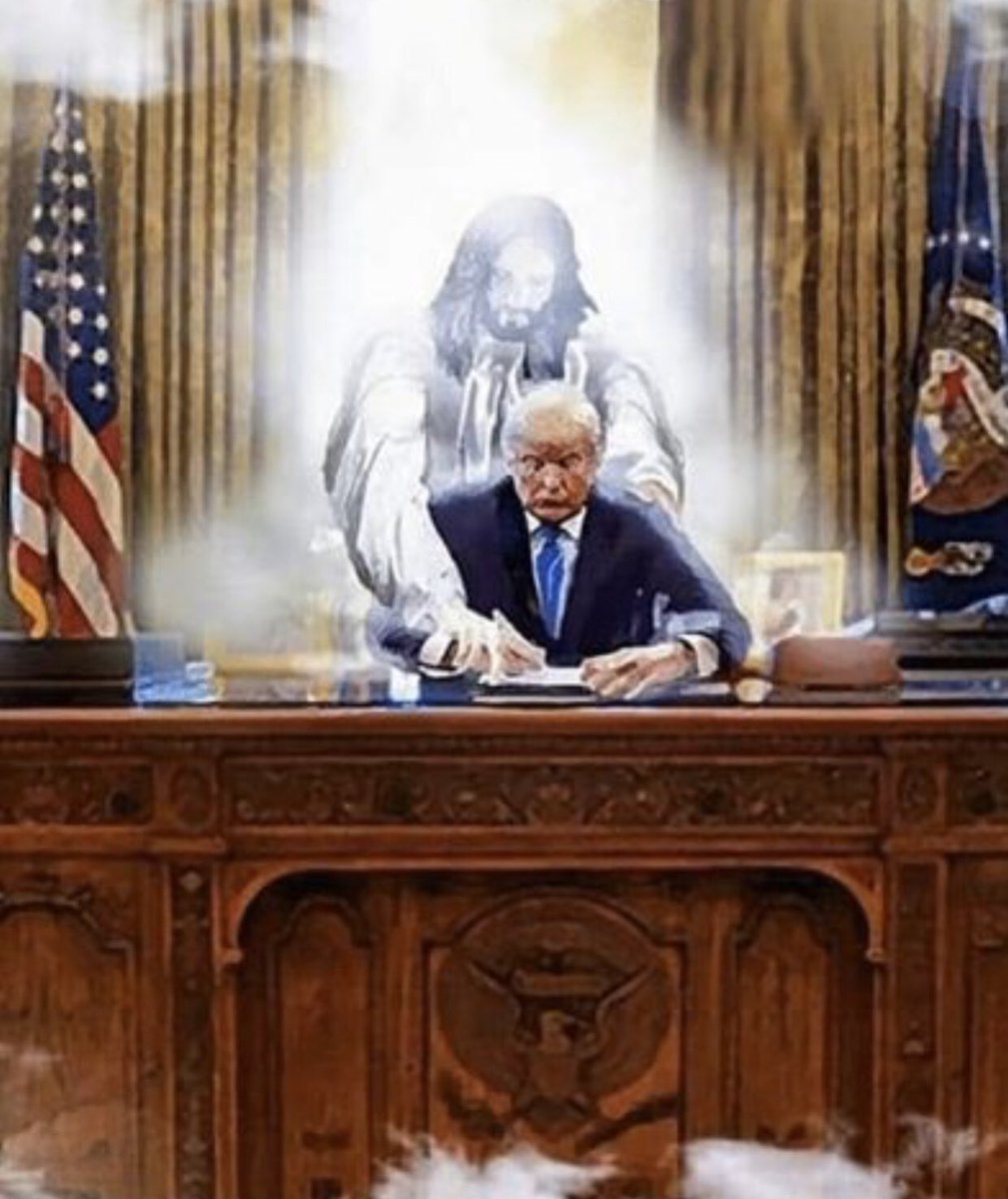 June 28, 2021 © EU and US all rights reserved. Permission to use this report in its entirety is granted under the condition it is linked to its original source at WhatDoesItMean.Com. Freebase content licensed under CC-BY and GFDL.