An absorbing new Security Council (SC) report circulating in the Kremlin today first noting Foreign Ministry spokeswoman Maria Zakharova stating: “The scenario of Russia’s disconnection from SWIFT is still regarded as hypothetical…Nevertheless, joint inter-departmental measures are being taken to minimize the risks and economic damage to our country that restricted access to customary international financial instruments and payment mechanisms might entail”, says her further acknowledging that Moscow has plans to ditch the US Dollar and axe dependency upon the West is predicated upon the factual reality that Supreme Socialist Leader Joe Biden is no longer the head of a nation able to make sound and rational decisions, as instead he’s become the top patient in the lunatic asylum America has become.

Sees the overwhelming evidence proving this is factual continuing to mount, and yesterday was added to when after Republican Party leader Governor Ron DeSantis of the Free State of Florida signed legislation banning all business and government entities from requiring proof of vaccination status and ordered that all remaining city and county Covid-19 restrictions be lifted, it saw this act of sanity being met by socialist Democrat Party leader Mayor Muriel Bowser of Washington D.C. declaring that standing and dancing at weddings is now strictly forbidden—a declaration of lunacy quickly joined by Managing Editor Katie Dowd of SFGATE (a website launched by the leftist San Francisco Chronicle) attacking the beloved children’s fairytale Snow White by insanely writing: “The new grand finale of Snow White’s Enchanted Wish is the moment when the Prince finds Snow White asleep under the Evil Queen’s spell and gives her “true love’s kiss” to release her from the enchantment... A kiss he gives to her without her consent, while she’s asleep, which cannot possibly be true love if only one person knows it’s happening....Haven’t we already agreed that consent in early Disney movies is a major issue?...That teaching kids that kissing, when it hasn’t been established if both parties are willing to engage, is not OK?”.

Lunatic asylum levels of socialist-leftist insanity there’s actually an explanation for, as evidenced in the research article “Over 50% Of Liberal, White Women Under 30 Have A Mental Health Issue. Are We Worried Yet?”, wherein it shockingly notes: “A 2020 Pew Research study reveals that over half of white, liberal women have been diagnosed with a mental health condition at some point…Does this mean there's a correlation between progressive ideas and mental health?”—because of the insane actions of these certified mentally ill leftist women sees birth rates in the US crashing to their lowest since the Baby Boom era—sees US marriage rates hitting a new record low—and today stunningly sees the US having the world's highest rate of children living in single-parent households.

As to the disaster looming over America because of these mentally ill leftist women, sees it being warned about in articles like “We Aren't In A Covid ‘Shecession’ – We’re In A Perennial State Of Feminist Hysteria Where ‘Shehadists’ Hijack Truth For Victimhood”, wherein it factually notes: “Men are dying of Covid-19 more than any other demographic...But, according to ‘Gal-Qaeda’, women are the most-affected – and always will be…To which we ask: when will there be a vaccine for the mind-virus that’s modern feminism?...In every country of the world, male bodies are piling higher than women’s...According to the Men’s Health Forum, there have been 330,000+ deaths in America…Nearly 60% of them are men...In Paraguay, 92% of Covid deaths are male…In Afghanistan, the figure is 73%...France and Argentina’s deaths are 58% male...Even in Switzerland, which is supposed to be the most equal society on earth, male deaths account for 54% of all Covid fatalities”.

In confirmation that socialist leader Biden is, indeed, the top mental patient in a lunatic asylum, this was just evidenced by his approving an actually insane CIA recruitment video urging diagnosed mentally ill leftist women to join their ranks and become spies—whose actual quotes from this new CIA recruitment ad include: “I’m an intersectional cisgender Millennial woman of color…I have been diagnosed with generalized anxiety disorder”—an ad so insane it united both the left and right in condemning its lunacy, with leftist The View host Meghan McCain saying: “This CIA recruitment video is a joke and truly embarrassing for our entire country…China, Russia and our enemies are laughing at us”, who was quickly joined by conservative Fox News contributor Rachel Campos-Duffy stating: “Woke Latina CIA agent in recruitment video lists all her identities (intersectional, cis gender, millennial woman of color with anxiety disorder) EXCEPT American…God help us”—and for those Americans living in this lunatic asylum wanting the help of God, today it sees Pastor Robin Bullock advising them: “You can pray for a man named Joe Biden…You should…No, no, don't get off in hate…You should pray…Okay?...You can pray for the office of the president…But you cannot pray for President Joe Biden, because you might as well pray for the Easter Bunny, because he don't exist”.  [Note: Some words and/or phrases appearing in quotes in this report are English language approximations of Russian words/phrases having no exact counterpart.] 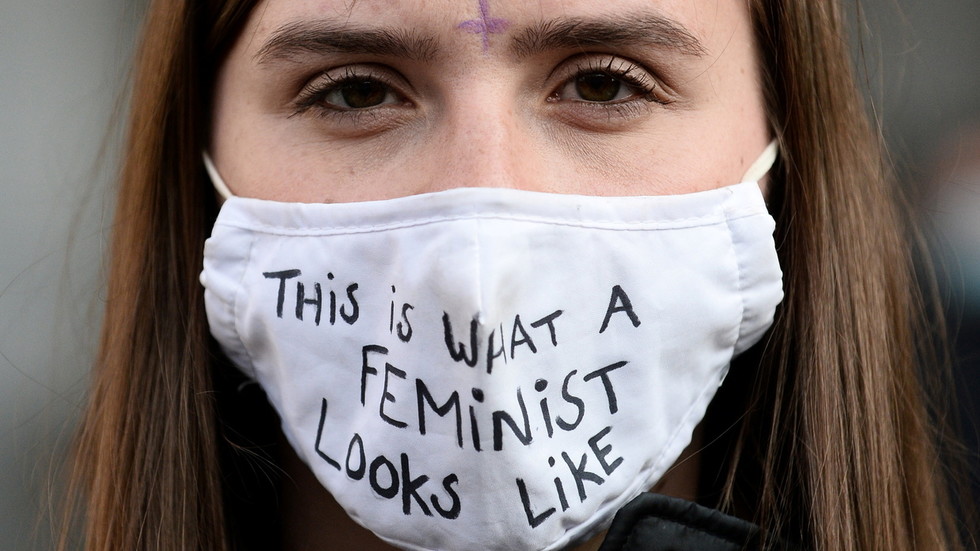 According to this report, in further displaying his demented insanity, yesterday socialist leader Biden visited a socialist indoctrination center where masked little children sat in terrified silence in their plastic desk prisons and he bizarrely asked them if they were high schoolers—then saw this display of insanity being joined by the leftist New York Times urging Biden to instill even more fear in their demonic article “What Kind of Fear Is Stopping Joe Biden?”, wherein it stated: “That fear can drive reform is what we need to consider once again”—but most interesting to notice, saw this Biden fear agenda being met by the release of a secret video wherein Belgium virologist Marc Van Ranst is seen teaching a course in manipulation and how to use a flu as communications weapon, while explaining to others how to use the technique to control the masses of civilians with fear, for COVID or whatever else might be political advantage and useful. 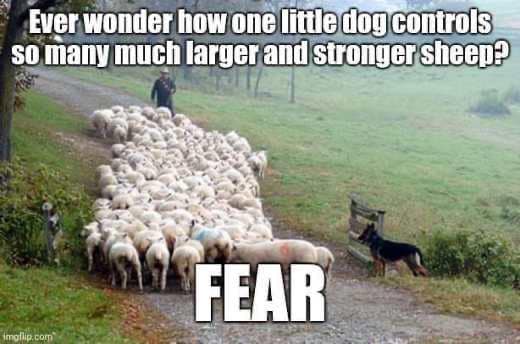 Refusing to submit to socialist leader Biden’s fear agenda, however, this report notes, are the tens-of-millions of Americans that marked April with the 13th straight month of record gun sales—whose fearlessness was joined by President Donald Trump defiantly declaring yesterday: “The Fraudulent Presidential Election of 2020 will be From this day forth, Known as THE BIG LIE!”—saw this defiant declaration being followed by Republican Party turncoat US Congresswoman Liz Cheney screaming: “The 2020 presidential election was not stolen...Anyone who claims it was is spreading THE BIG LIE, turning their back on the rule of law, and poisoning our democratic system”—a panicked scream quickly responded to by top Trump attorney Jenna Ellis, who challenged Cheney to a debate stating: “Election officials in at least six states violated the law in the administration of the 2020 election...That’s called cheating...If you have the guts to debate me on this, name the time and place”—all of which was followed by news reports revealing: “Republicans are looking to remove Rep. Liz Cheney (R-WY) from her number three leadership position as House Republican Conference chair and replace her with another female Republican Congresswoman”.

Also not being cowed into fear by Biden and his godless socialist forces, this report details, was the Free State of Kansas legislature that just overrode its governor’s veto and put into law a set of election reforms similar to those that just weeks ago Biden declared were “Jim Crow on steroids”—which joins them with the Free State of Tennessee legislature that just passed a bill requiring watermarks on all absentee ballots to fight against election fraud—both of which occurred in the aftermath of the special elections just held in the Free State of Texas, where Republicans rightfully told socialist Democrats “We...Kicked…Your…Ass”.

So profound was this Republican ass kicking of socialist Democrats, this report continues, it saw Republican candidates taking almost 59% of the 93% votes among all candidates who received 2% or more, while the Democrats received only 35% of that group---and saw it being acknowledged: “The lesson from Texas’ Sixth District isn’t simply that the Democrats lost…The real lesson is that the Democrat Party with Joe Biden in the White House and with near-total control of the federal government in Washington wasn’t even competitive…This is a suburban Dallas district, and the Democrat candidate was an experienced and well-known Hispanic female…And it wasn’t even close”.

In viewing the burning wreckage of this election disaster, this report concludes, failed special election Democrat candidate Jana Lynne Sanchez “sounded the alarm that 2022 could be a major setback for Biden and his socialist Democrats”—an alarm that joins esteemed Fox News senior political analyst Brit Hume warning socialist Democrats yesterday: “There’s a backlash coming”—a warning followed by Texas Governor Greg Abbot observing yesterday: “I’ve never been on stage with so many accomplished, articulate Latinas as I have been tonight with this group of ladies…This is amazing…If I were the Democrats, I would be very afraid right now, because there is a storm coming”—and to how truly fierce this storm is that’s fast coming to destroy Biden and his vile socialist Democrats, it was glimpsed yesterday in the heart breaking viral video made by black Georgia police officer Major Dingle, who in raging against socialist Democrat insanity broke into tears while saying: “I'm tired…I am so goddamn tired…I wake up every morning and kiss my family goodbye, knowing there's a possibility I won't come home…I am tired of every time I wake up in the morning there's someone else polarizing the fact that maybe law enforcement is just not a good thing…All of us are not bad…I am not as they are…Most of us are not…There are bad people in every career…I am so goddamn tired, tired, tired”. 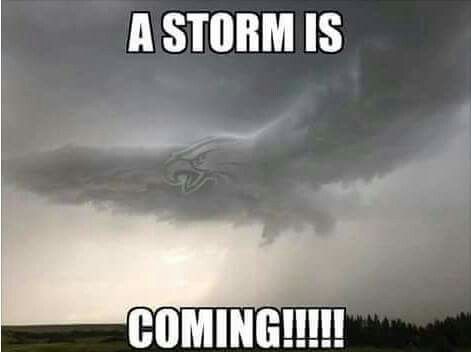 May 4, 2021 © EU and US all rights reserved. Permission to use this report in its entirety is granted under the condition it is linked to its original source at WhatDoesItMean.Com. Freebase content licensed under CC-BY and GFDL.