A grimly worded new Ministry of Defense (MoD) report circulating in the Kremlin today states that the flooding of the southern border with Ukraine of multiple thousands of troops, war equipment, naval and air forces and radiation-chemical-biological specialists this morning is a direct “retaliation/reprisal” [репресса́лия] against the North Atlantic Treaty Organization (NATO) based on information obtained by the Federal Security Service (FSB) from US citizen Paul Whelan, who was captured by counterterrorism forces while on a spy mission—and whose capture comes at the exact same time the American shadow government “Deep State” used their Washington Post propaganda mouthpiece to tell President Donald Trump that the United States and its NATO allies should be preparing for war with Russia—thus leaving it uncertain to the MoD as to who is now actually in control of the US military.  [Note: Some words and/or phrases appearing in quotes in this report are English language approximations of Russian words/phrases having no exact counterpart.] 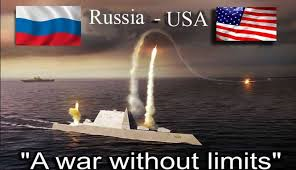 Note: World War III would last about 30 minutes to 3 hours

According to this report, it has accurately been assessed by American experts that when historians examine the first few decades of the so-called post-Cold War era, they are likely to marvel at the clumsy and provocative policies that the United States and its NATO allies pursued toward Russia—with perceptive historians concluding that a multitude of insensitive actions by those Western governments poisoned relations with Moscow—and whose results of today sees the West is at risk of tumbling into a dangerous confrontation with Russia – not because of President Putin’s recent boasts about hypersonic missiles and other high-tech weaponry, but rather as a result of a dangerous “miscalculation” which each side makes about the other’s intentions.

Raising the prospects of a “miscalculation” occurring between Russia and the US-backed NATO nations, this report warns, is the ongoing war that sees President Trump pitted against his nation’s “Deep State”—only one of whom can survive, and that the “Deep State” plan to ensure their survival involves them provoking a catastrophic war with Russia.

The outlines of this “Deep State” plan to provoke war with Russia, this report continues, began to become clearer this past year with the FSB arrest of Frode Berg—a 62-year-old Norwegian citizen who admitted that he was in Russia as a courier for the NATO-Norwegian intelligence service, and when captured, was found in the possession of two envelopes with €3,000 to be posted to a women named Natalia—and whose further FSB counterterrorism investigation of led to the 28 December capture of the American spy Paul Whelan in Moscow—both of whom are charged under the Article 276-Espionage Law of the Russian Criminal Code, which allows for sentences of up to 20 years in prison. 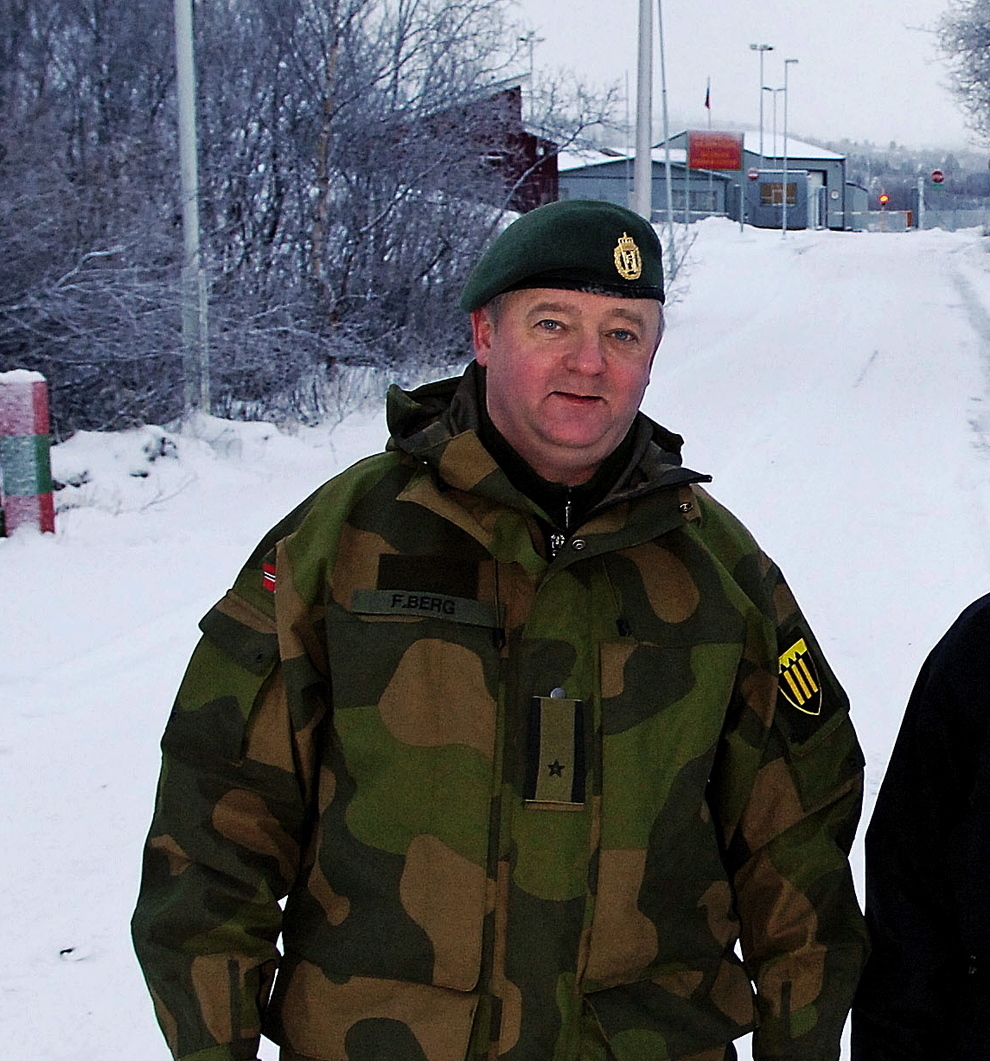 Faced with the reality that the “Deep State” will never say no to a war, this report notes, President Trump, over the past week, appeared to break with his generals’ 50-year failed war record, and his own national security team who had been trying to box him in like every other president, but against whom he called their bluff—that resulted in the top US military commander in Afghanistan having to admit to Trump that this war was unwinnable—thus causing Trump to order half the US military troops in Afghanistan to be removed, and his further ordering all US military forces out of Syria, too.

Upon Trump ordering the US military pullout from Syria, this report continues, the United Arab Emirates quickly reopened their embassy in the Syrian capitol of Damascus, with Bahrain announcing that they, too, were doing the same—that was followed by Iran announcing that they had pulled all of their military advisors from Iraq—whose new atmosphere of peace over the Middle East is allowing thousands of war refugees to return to their homes in Syria from Lebanon and Jordon—and has sparked the “Kick Them Out” out campaign of Syrian women telling Europe to send their men back home so they can rebuild their own country.

Buried within this atmosphere of peace breaking out in the Middle East, however, this report grimly states, are the storm clouds of Trump’s war against the “Deep State” that leaves it uncertain as to whom is really in control—as best exampled, just hours ago, by one of Trump’s top allies, US Senator Lindsey Graham, stating that “the president is reconsidering” his troop pullout order from Syria—and that confirmed the Foreign Ministries statement: “We have repeatedly pointed out that the US illegitimate armed presence in Syria is an obstacle to settlement…however, we still do not know anything about the reasons for this decision of the future plans of the US…this gambit has yet to be figured out”. 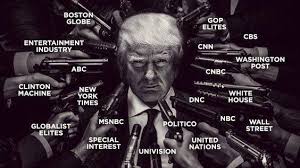 With President Trump under siege from the entire arsenal of power the “Deep State” can wield against him, this report details, the most feared “gambit” these enemies of Trump are preparing to unleash is a provocation between Russia and Nazi Ukraine—that if able to be accomplished would see Trump being boxed in from removing US military forces from either Syria or Afghanistan, as in doing so would cause the “Deep State” to rise up against him claiming that he was ceding American power to Russia.

In a declaration to the “Deep State” should they even dare attempt to carry out this “gambit” to box Trump in, though, this report concludes, Foreign Minister Lavrov has stated to them that Russia doesn’t want go to war with Nazi Ukraine—but who further unmistakably warned: “we would not start a war, but our response if started for us will be most convincing”. 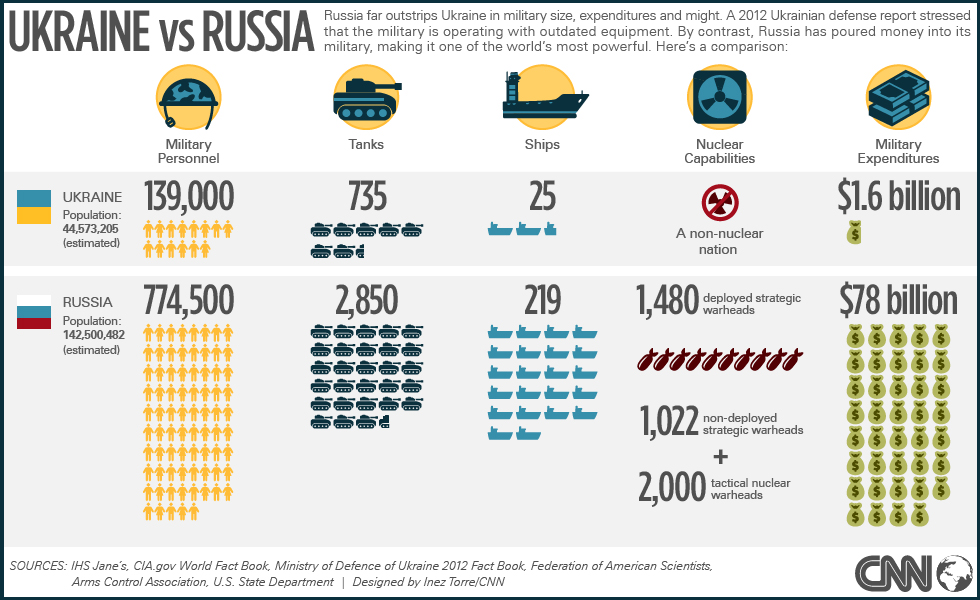 December 31, 2018 © EU and US all rights reserved.  Permission to use this report in its entirety is granted under the condition it is linked back to its original source at WhatDoesItMean.Com. Freebase content licensed under CC-BY and GFDL.