Trump Drops Sanctions On , But Allows Them To Keep Mysterious NASA Alien Expert In Custody

Another otherworldly written Security Council (SC) report circulating in the Kremlin today blurring the lines between science fiction and science fact states that President Donald Trump has suddenly lifted all sanctions placed on Turkey, but whose order mysteriously does not call for the release from custody of NASA physicist-scientist Serkan Golge whom Turkish intelligence forces captured in July-2016.  [Note: Some words and/or phrases appearing in quotes in this report are English language approximations of Russian words/phrases having no exact counterpart.] 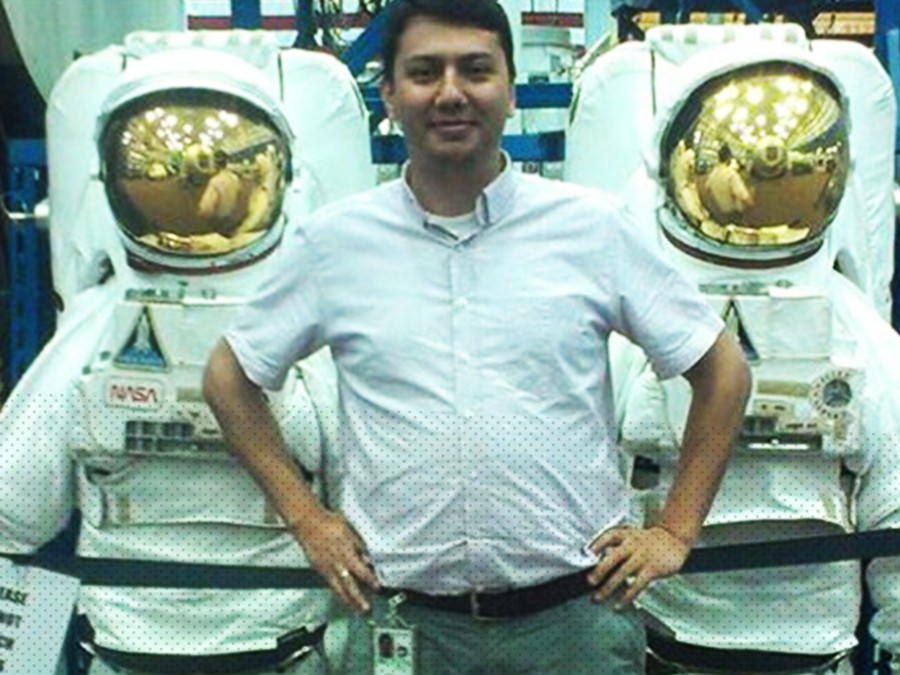 According to this report, one of the greatest enduring mysteries of the 21st Century is why the United States illegally invaded Iraq in March-2003—whose cause of was foisted upon the American people as being due to Iraq having weapons of mass destruction which every nation in the world knew wasn’t true—and whose US military forces upon invading, placed as their highest war objective the capturing of the ancient city of Babylon—a UNESCO protected world heritage site the US military wasted no time in nearly completely destroying in an effort that can only be described as their trying to find something.

Apparently failing to find whatever they were looking for during their initial invasion of Iraq, this report continues, in 2011 the Obama-Clinton Regime created the barbaric radical Islamic terror group ISIS—whose reign of terror throughout Iraq and Syria saw these Islamic barbarians invading, capturing and than destroying every single ancient historic site they could in their effort to find something.

In early 2016, this report notes, whatever ISIS was looking for took an ominous turn when the Obama-Clinton Regime dispatched to Turkey the top NASA physicist-scientist Serkan Golge—whom Turkish intelligence officials documented was, for reasons they couldn’t determine, frantically searching for ancient artifacts unearthed in Syria by ISIS terror forces. 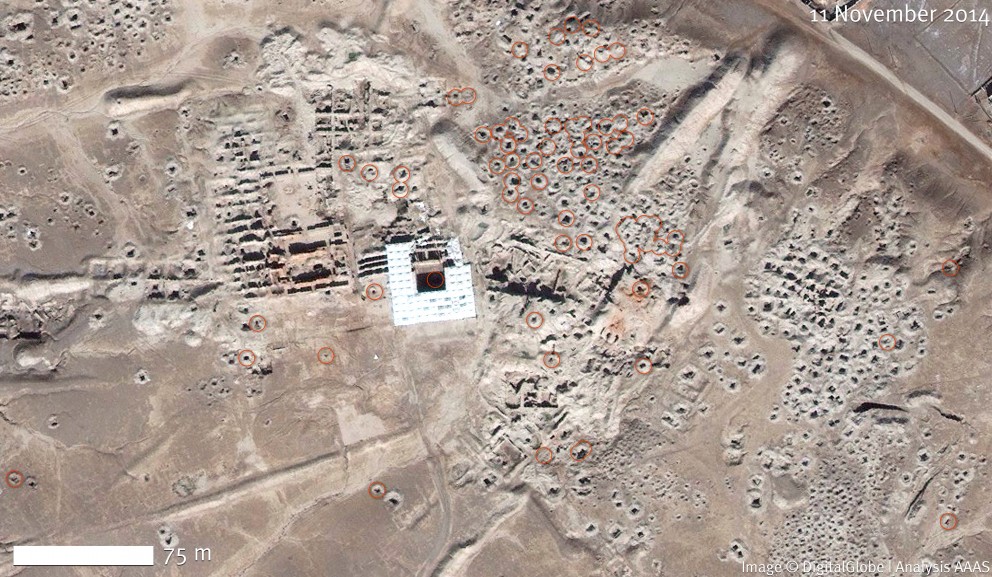 While the Western mainstream propaganda media reported that ISIS was digging up everything they could in Iraq and Syria in order to find and sell ancient artifacts, this report details, Turkish intelligence officials knew this wasn’t so, as even the most mundane ancient artifacts anyone could uncover in the Middle East have a very limited market nearly exclusively overseen by the world’s top universities and museums—whose authentication process for even the smallest ancient artifact takes years, if not decades, and whose cost of runs into the thousands of dollars.

Upon their discovering top NASA physicist-scientist Serkan Golge searching for ancient artifacts dug up by ISIS terrorists in Iraq and Syria, this report reveals, Turkish intelligence officials requested investigative assistance from the Foreign Intelligence Service (SVR)—who were quick to respond to this request as they had already accumulated a substantial file of this top NASA scientist.

Revealed about Serkan Golge in his SVR file, this report continues, is that while traveling to Turkey in 2016, he was a full-time NASA contractor on NASA's proposed manned mission to Mars, with his further having an office next to the Mission Control Center (in Houston-Texas) denoting his being one of their top scientists—and who, in 2010,  received his Ph.D. in physics from Old Dominion University.

Being a public research university located in Norfolk-Virginia, and one of the largest schools of its kind in the US, this report further details, Old Dominion University was where Serkan Golge was first “flagged/noticed” by the SVR—and was due to Golge having been the only doctoral student to have accessed the classified papers of retired US Navy officer and former US Congressman Ed Schrock stored at this university—that are known as Physical Location: Box-folder 7:28—and titled “UFO's and Extraterrestrials June-2001”. 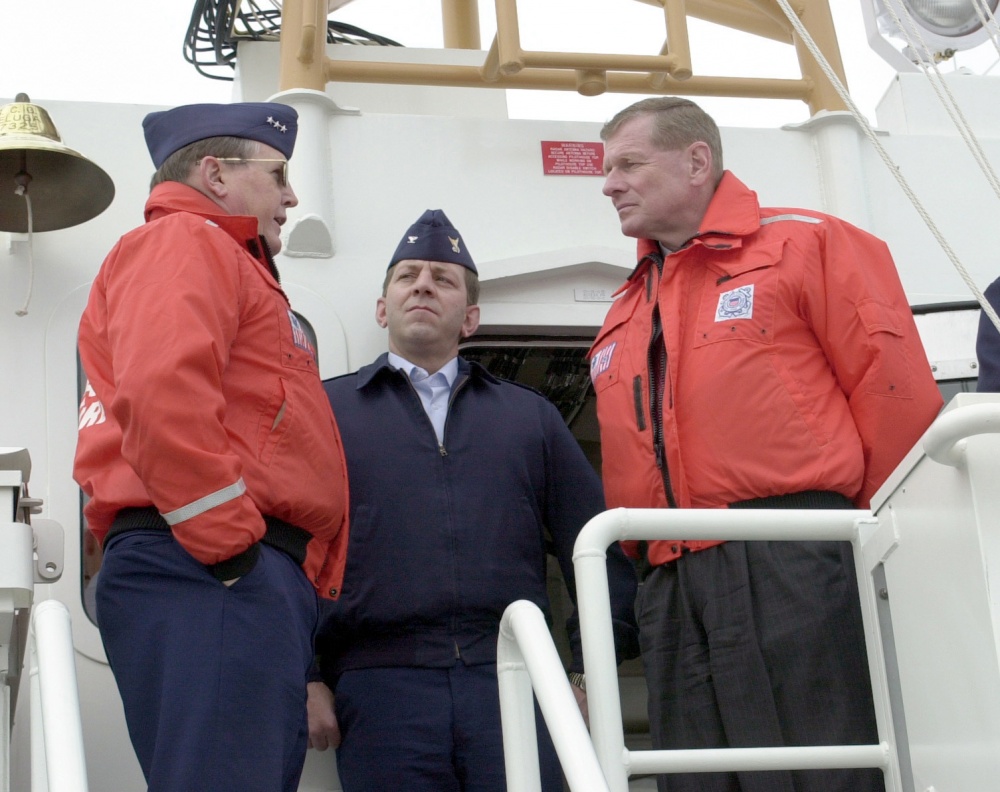 US Congressman Ed Schrock (above, far right) meets with top US Navy commander in August-2001

The SVR reason for “targeting” the classified papers of Congressman Schrock stored at Old Dominion University titled “UFO's and Extraterrestrials June 2001” to document who accessed them, this report explains, are contained in the “Of Special Importance” file named “Precursor Events To 11 September 2001 Attacks On United States”—the highest classification level signaling their critical importance to state security—thus making it curious why any of its details are contained in today’s Security Council report.

From the discussion notes contained in today’s report, however, it appears that as a young college student from the State of Ohio during the late 1960’s, this soon to be US Navy officer was “captivated/entranced” by one of the most famous UFO incidents to have ever occurred in this region—that began at 5:00 am on 17 April 1966 when multiple Ohio police officers chased a UFO for over 86 miles—and just days prior to this occurring, on 6 April 1966, had seen this UFO appearing over the skies of Melbourne-Australia, too. 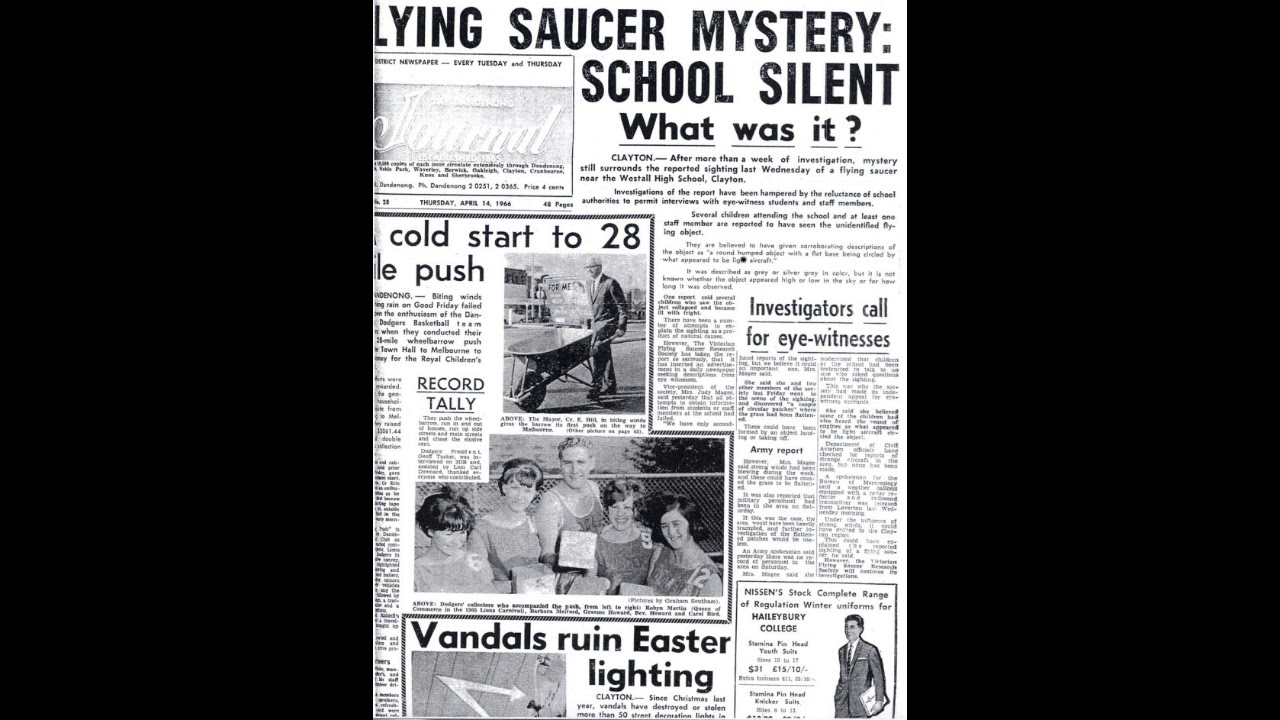 These UFO sightings in Melbourne-Australia and the State of Ohio occurring in 1966, and investigated by Congressman Schrock in 2001 just prior to the 9/11 attacks, this report says, are to be particularly noted as during these past few months, another mysterious UFO was captured on video in Melbourne-Australia, and as like happened in 1966, has now been reported in the skies over the State of Ohio, too.

As to why Australia and the State of Ohio are linked to UFOs, this report continues, is due to the outback region of Australia being noted for decades as being a UFO “capital”—that some experts believe is due to this region’s ability to receive interdimensional teleportations—and Ohio long believed to the place where the US military has a secret base containing UFOs and dead aliens—and that one of the world’s foremost experts on, former US Air Force Research Laboratory Sensors Directorate senior engineer Raymond Szymanski, exhaustively documented in his book titled “50 Shades of Greys: Evidence of Extraterrestrial Visitation to Wright-Patterson Air Force Base and Beyond”. 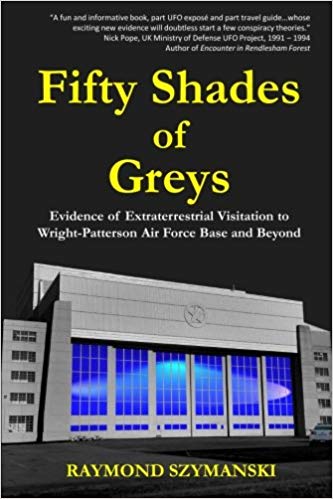 To how gravely dangerous it is for anyone to begin investigating what the United States has been hiding as it regards UFOs and aliens, this report concludes, can be seen in the treatment of Congressman Schrock, who got too close to the truth with his investigation and was then forced out of the US Congress over allegations that he was homosexual—but whose fate was better than the award-winning military affairs reporter for the Dayton-Ohio Daily News named Barrie Barber, who after interviewing Raymond Szymanski about what he and Schrock knew, was discovered, just months ago, dead in his home—thus giving an explanation as to why President Trump has today left top NASA physicist-scientist Serkan Golge in the custody of Turkish authorities. 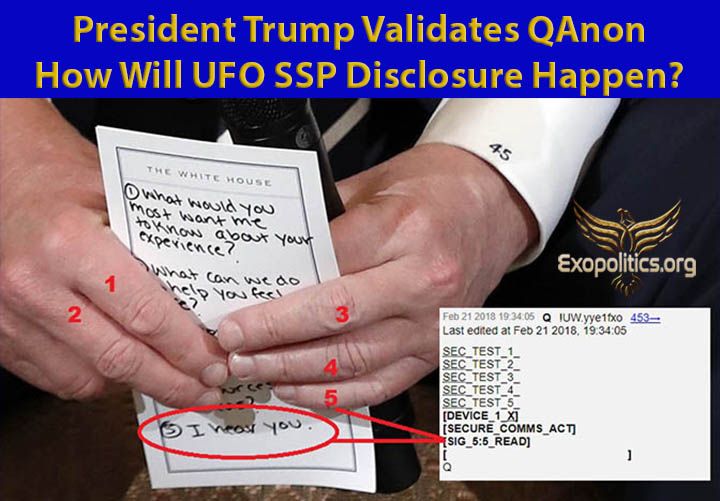 President Donald Trump is giving clues—but what do they mean?

December 30, 2018 © EU and US all rights reserved.  Permission to use this report in its entirety is granted under the condition it is linked back to its original source at WhatDoesItMean.Com. Freebase content licensed under CC-BY and GFDL.