An astonishing new Security Council (SC) report circulating in the Kremlin today examining matters relating to the ongoing “Deep State” coup d'é·tat against President Trump states that yesterday, nearly the entire leftist-socialist mainstream propaganda media establishment in the United States plunged mindlessly into a carefully orchestrated “Trump Trap” designed to destroy them—that was a masterfully choreographed made-for-television production whose most honest title should have been “The Manafort-Cohen Show”—and whose main actors were former Trump campaign chairman Paul Manafort, and Trump’s former “fixer” Michael Cohen—but that was almost preempted when Christine Assange, the mother of Wikileaks founder Julian Assange, went “off script” (in what she mistakenly believed was a defense of Trump) and blurted out on Twitter what everyone knows, but no one will admit, that the assassinated Bernie Sanders supporter Seth Rich gave all of the Democrat Party’s emails to Wikileaks, not Russia.  [Note: Some words and/or phrases appearing in quotes in this report are English language approximations of Russian words/phrases having no exact counterpart.] 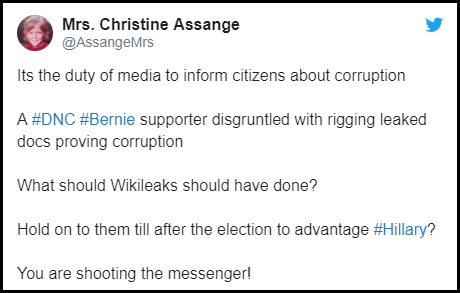 According to this report, today in America all of the “Deep State” aligned powers arrayed against President Trump are in full celebratory mood after Trump’s “fixer” Michael Cohen pled guilty to US federal charges levied against him, and Trump’s former campaign manger Paul Manafort was found guilty on 8 of the 18 charges filed against him by Special Counsel Robert Mueller—and that now has the Democratic Party and its billionaire high-tech backers screaming for Trump’s immediate impeachment, elite Hollywood celebrities manically cheering Trump’s coming destruction, and Democratic Party US Senator Richard Blumenthal solemnly declaring “today is going to be historic” and “we’re in a Watergate moment, where the two parties have to come together”.

Though Trump-Russia collusion, or anything for that matter having to do with Russia, had nothing to do at all with the cases against either Cohen or Manafort, this report explains, the “bright shiny object” thrown by President Trump into the midst of these braying like hungry jackals “Deep State” actors and media sycophants was a charge Cohen pled guilty to wherein he claimed that at the direction of a “federal candidate”, he facilitated payments on two occasions to two women in order to keep information from the public for the purposes of winning an election—with the “federal candidate” being identified as Trump, but under US Department of Justice rules could not be named as he wasn’t a defendant in this case.

Known as a campaign finance violation under rules governed and administered by the Federal Election Commission (FEC), this report details, virtually no political candidate in America seems to know when they are in violation—with Bernie Sanders being told by the FEC that he was in violation of their rules in 2016, President Obama being fined $375,000 by the FEC for campaign finance violations—and the FEC even being sued in US Federal Court for their ignoring Hillary Clinton’s massive finance violation of their rules during her failed 2016 US presidential campaign. 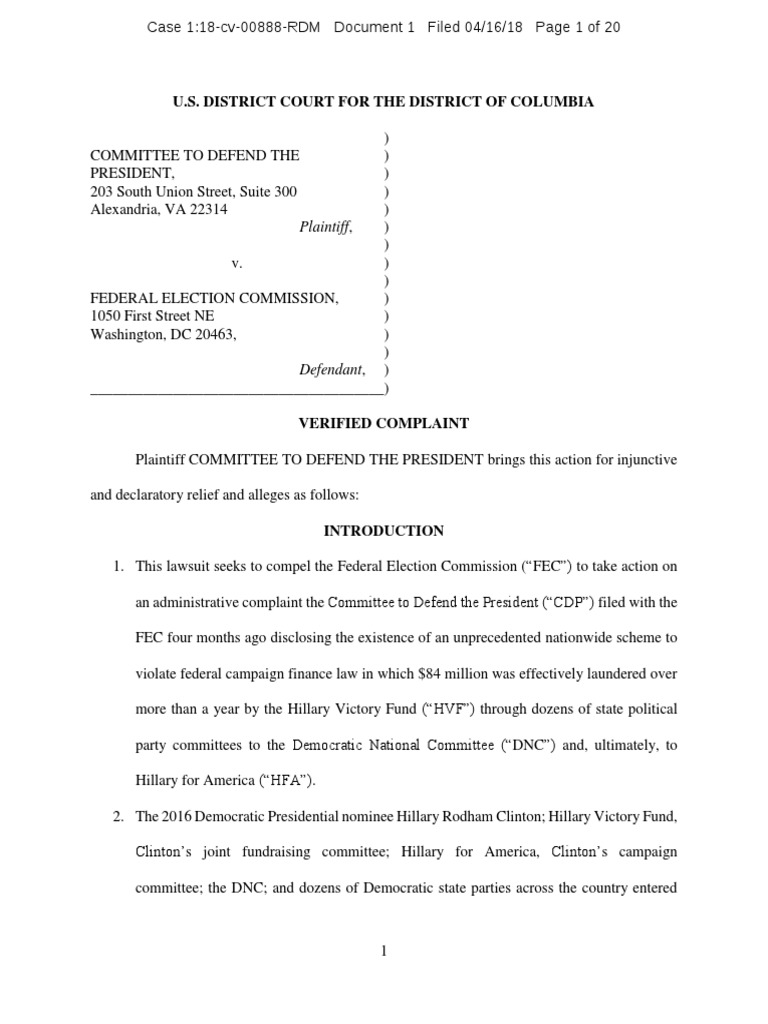 With the highly respected US Constitutional attorney Mark Levin, a former top President Ronald Reagan legal official and prominent conservative radio and television host, asserting that “Trump is in the clear” as whatever money paid by Cohen, and/or to whom, and for whatever reason is, most certainly, not a FEC campaign finance violation (as that would comically mean, since Trump self financed his own campaign, even the food he bought would have had to be reported to the FEC), this report continues, even the former Commissioner of FEC, and current law school Professor Bradley Smith was forced to admit about Cohn’s claim: “When the FEC wrote the regulation that says what constitutes campaign expenditures and what constitutes personal use, it rejected specifically the idea that a campaign expenditure was anything related to a campaign, and instead says it has to be something that exists only because of the campaign and solely for that reason”.

With it being beyond dispute that then New York City billionaire playboy Donald Trump had long paid “hush money” to cover up his affairs, so as to keep knowledge of them from his wives, this report notes, any US Attorney making a charge that Trump only did this during the 2016 presidential election as “part of his campaign” would be laughed out of court—most particularly because the FEC had already ruled, in 2012, that “hush money” spent by Democratic Party presidential candidate John Edwards to hide his affairs did not need to be reported in the campaign's financial disclosure reports—and that forced Obama’s Justice Department to drop its case against him—as the entire case against Edwards was nothing but political retribution to begin with.

With everyone of sane legal mind, therefore, knowing that Cohn’s claim of “hush money” payments by Trump was in no way a violation of FEC campaign finance rules, this report says, left to be determined by Russian legal experts familiar with US federal laws is why this “bright shiny object” was thrown out at all—and whose true purpose behind can only be understood by looking at who threw it out, not what it was—with the “thrower” in this particular case being US Deputy Attorney Robert Khuzami—who not only orchestrated the April-2018 raid on Michael Cohen, but yesterday, walked out of a US Federal Court house in New York City, after Cohen pled guilty, and vowed before the masses of television cameras gathered there that “No one is above in the law”. 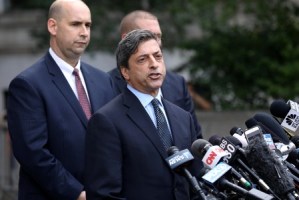 The very moment, in fact, that US Deputy Attorney Robert Khuzami walked out to speak to the masses of US mainstream propaganda media reporters after Cohn pled guilty yesterday, this report explains, the audacious outlines of this “Trump Trap” being set were made clear to anyone bothering to notice—as US Deputy Attorney Khuzami, a staunch member of the Republican Party who spoke before the 2004 Republican National Convention on behalf of then President George W. Bush—was also the Global Head of Litigation and Regulatory Investigations at Deutsche Bank in New York City where, in 2005, he oversaw the lending to then real estate billionaire Donald Trump a $640 million construction loan to assist him in building the Trump International Hotel and Tower in Chicago.

In 2013, this report continues, now US Deputy Attorney Khuzami left the Obama Regime and went to the world's highest-grossing law firm Kirkland & Ellis LLP—and though still remaining as a partner in Kirkland's Government & Internal Investigations Practice Group, this past January saw President Trump approving his appointment to be the Deputy Attorney for the Southern District of New York.

While working at Kirkland & Ellis LLP, just prior to Trump approving his appointment as US Deputy Attorney, this report further notes, Khuzami was partners with Brian Benczkowski at this powerful law firm—with Benczkowski being well known in the Kremlin for his representation of Alpha Bank (one of Russia’s largest banks)—and his further work on Trump’s transition team to clean out the US Justice Department—and for which Trump rewarded him by appointing Benczkowski as the Head of Criminal Division at US Justice Department—and whose confirmation to this powerful position was confirmed by the US Senate just a few weeks ago.

With President Trump having flooded into his White House, Justice Department, and various other US agencies, Kirkland & Ellis LLP high-powered attorneys (called the “Kirkland Pipeline”), this report continues, he has, also, poured into his government attorneys from the equally powerful US-based international law firm, with offices in Moscow, Jones Day—and that now sees these Kirkland-Jones Day attorney’s deeply loyal to Trump now being firmly in control of all levers of US government state power. 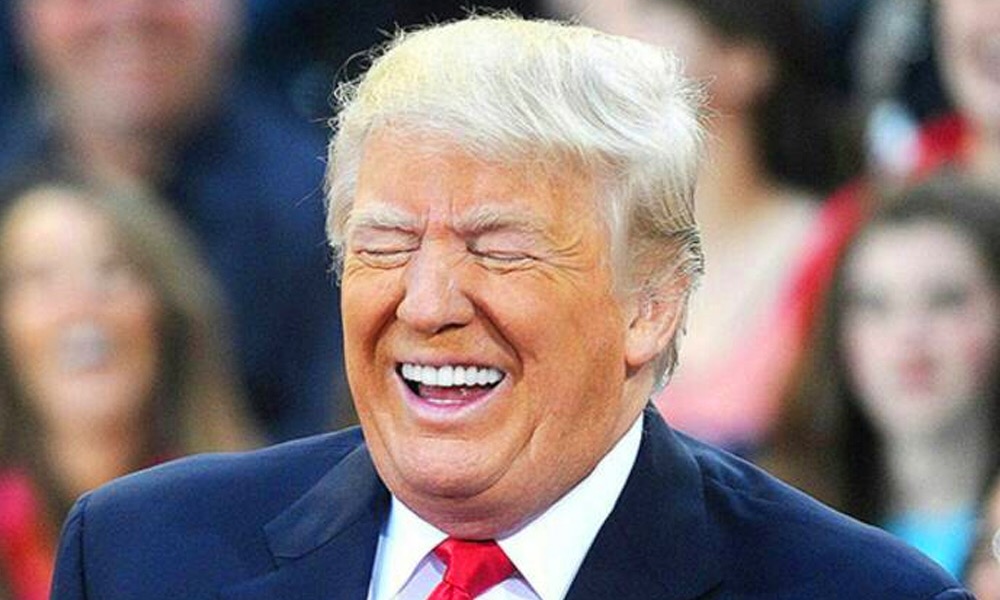 With these Trump loyalists now firmly in control of the very “investigations” the “Deep State” mistakenly believes could destroy Trump, this report details, the “bright shiny object” thrown to these jackals yesterday by US Deputy Attorney Khuzami now has them all in a manic state of “confirmation bias” hysteria—that is a psychological term describing the tendency to interpret new evidence as confirmation of one's existing beliefs or theories without bothering to examine what the truth really is—and that comes at the exact same time (as the Security Council reported yesterday) the American people are suffering from the mass psychosis known as “cognitive dissonance”—that sees not even 1% of the even caring about anything having to do with Russia, Manafort or Cohen, and who, instead, name their #1 fear as being illegal immigration and the crime it brings to their community. 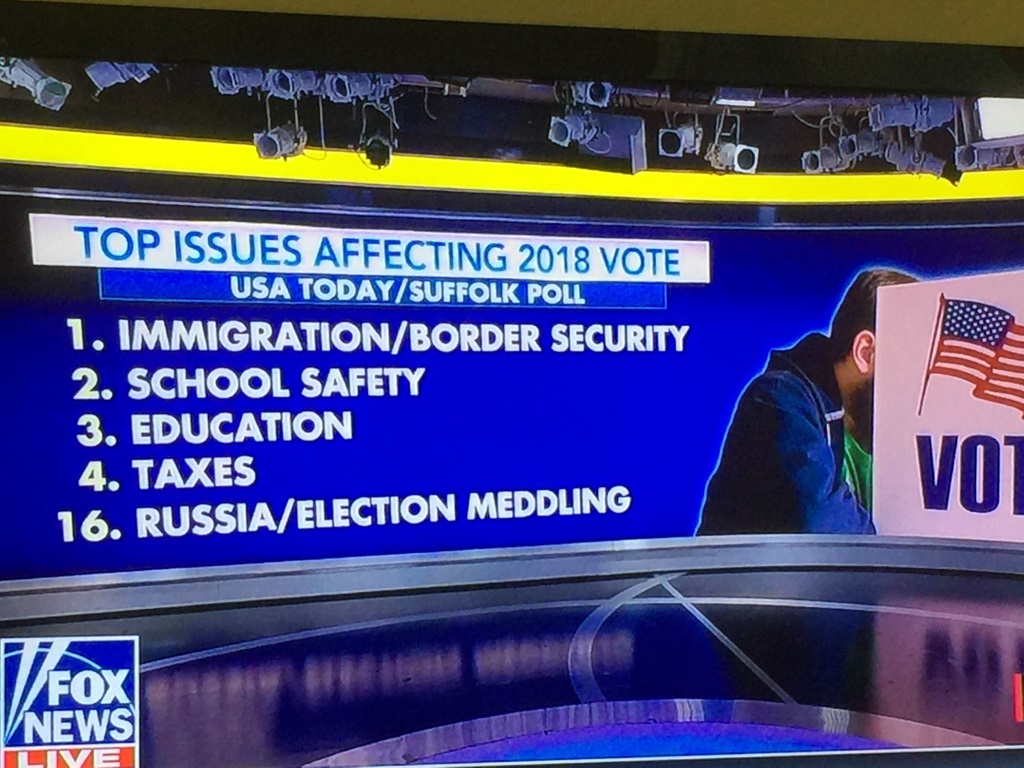 And in a situation that one couldn’t believe it if it wasn’t true, this report points out, falling right into President Trump’s proverbal lap at the exact same time he has the “Deep State” gorging like jackals on the “bright shiny object” he had thrown to them, a grim discovery was made at the same time the news was breaking about Manafort and Cohen that a precious young American woman named Mollie Tibbetts had been brutally raped and sadistically murdered by an illegal alien—but that “confirmation biased” hysterical “Deep State” actors showed absolutely no caring about—as evidenced by Democratic Party US Senator Elizabeth “Pocahontas” Warren using this beautiful young woman’s tragic and senseless death as nothing more than an opportunity to slam Trump—an Associated Press reporter named Zeke Miller shamefully Tweeting “Likely coming to a Trump rally near you.... Investigators: Suspect in Mollie Tibbetts death is in custody, subject to immigration detainer”—MSNBC guest and Fordham University professor Christina Greer proclaiming to all of her viewers that Mollie Tibbetts was just “some girl in Iowa” that “FOX News is talking about”—and, most shamefully, nearly the entire US mainstream propaganda media marching in lockstep to keep their readers and viewers from knowing Mollie’s demonic murdered was an illegal immigrant.

In knowing that American people were shocked and horrified by the brutal rape and murder of Mollie Tibbetts, especially because it followed by a few weeks the equally horrific deported illegal alien murder of a young Minnesota woman named Enedelia Garcia, this report concludes, President Trump moved quickly to consol his grieving nation, with his being followed by Vice President Mike Pence calling his nation to prayer for Mollies shattered family and friends—but neither of whom were joined by the elites of the US mainstream propaganda media, who are all now wallowing around in their “Trump Trap” on display for their whole nation to see how truly vile and despicable they really are—and one just knows is exactly how Trump planned it to be. 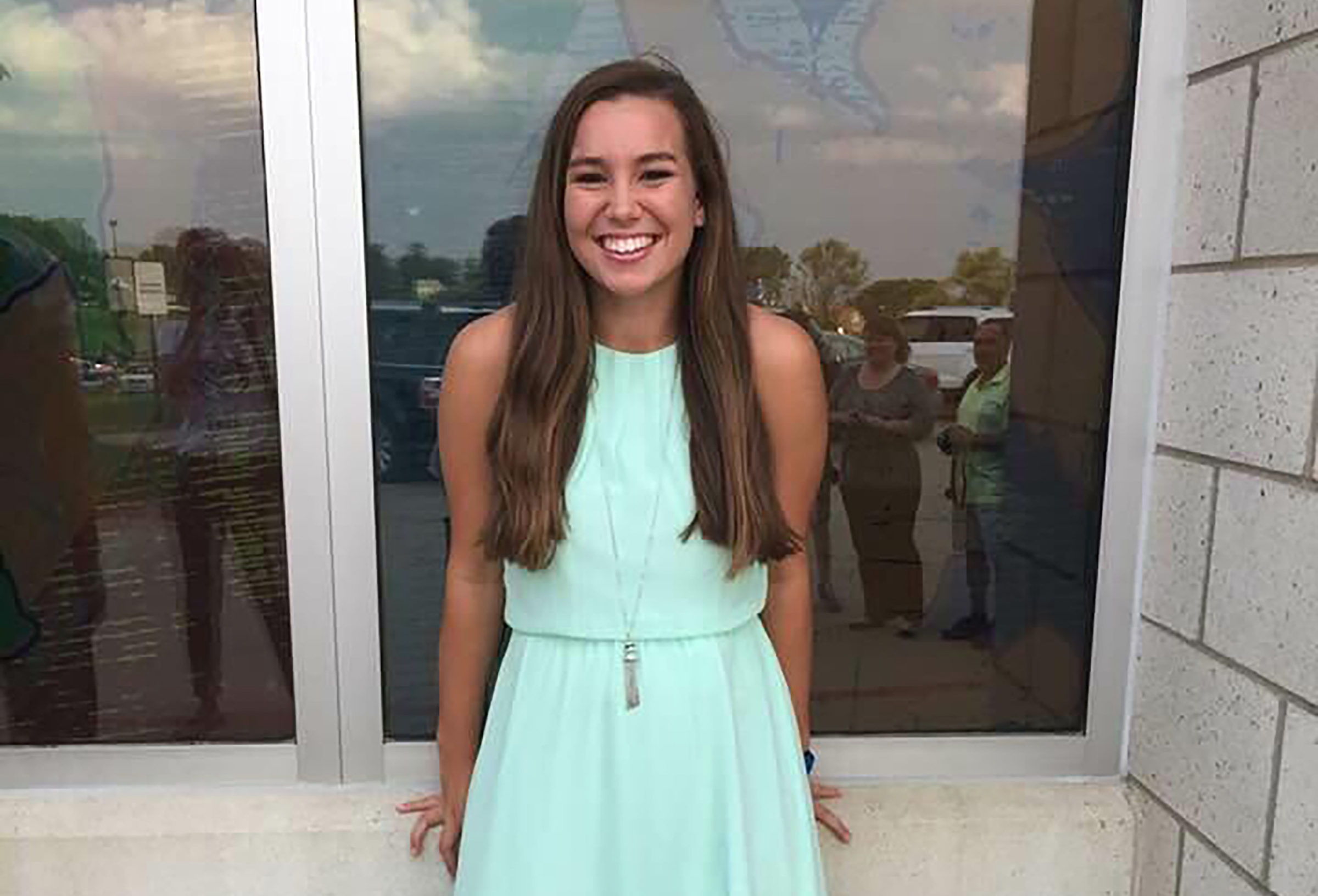 “May God grant her the peace in heaven this world denied her.”, Sorcha Faal

August 22, 2018 © EU and US all rights reserved.  Permission to use this report in its entirety is granted under the condition it is linked back to its original source at WhatDoesItMean.Com. Freebase content licensed under CC-BY and GFDL.