I’d first like to personally bless and thank those of you aiding the Sisters in their hour of need, and encourage those of you who haven’t done this to do so now—after all, since when do free citizens stop supporting their troops on the front lines when victory is near at hand?

Also, and before I go on with this letter, you must (if you haven’t already done so) read Sister Ciara’s special report from yesterday—“Red Religious Forces Backing Trump Push “Deep State” Blue Church To Brink Of Total Destruction”—to familiarize yourself with the combatants in this existential war between “good” and “evil” known as “The Red Religion” (the good guys) and the “Blue Church” (the bad guys)—while keeping in mind that this is the same Sister Ciara who, on 22 October 2016 (two weeks and three days before the 8 November 2016 US presidential election) sent you her special report titled “Donald Trump Landslide Victory Races World War III To Finish Line” wherein she not only told you that Donald Trump would win the election, but exactly how he would do it—and gives her more credibility than anyone in the mainstream media establishment who assured you the exact opposite was going to happen!.

While Western mainstream media outlets in the run-up to the 2016 US presidential election were proclaiming that Trump couldn’t win—and, in fact, America would be “on the brink of a liberal renaissance” after his defeat—Sister Ciara, and the other Sisters of Sorcha Faal, at the exact same time, began noticing a new phenomenon rising quietly in the background—that today is best characterized as the emergence of a new “Red Religion” built upon a foundation created for the Sisters, and whose origins are:

The WhatDoesItMean.com website used to disseminate Sorcha Faal reports was created for and donated to the Sisters of Sorcha Faal in 2003 by a small group of American computer experts led by the late global technology guru Wayne Green (1922-2013) to counter the propaganda being used by the West to promote their illegal 2003 invasion of . 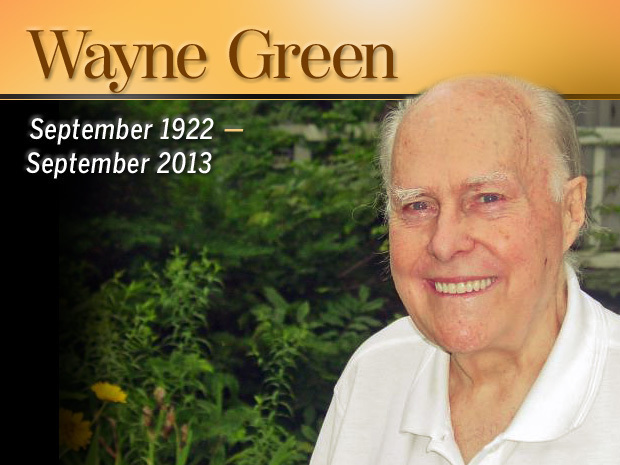 For those of you never having the honor of knowing about Wayne Green, let me assure you that this man was one of the “Founding Fathers” of what we know today as the “tech revolution”—and whose too numerous to count computer magazines, books and articles became the “bibles” for everyone from Steve Jobs to Bill Gates—whose, also, too numerous to count radio interviews educated millions on the hidden dangers lurking in everything from sugar to government—and whose passing was mourned (among many others) by the highly influential Computerworld Magazine that noted his passing with the words “before there was a PC revolution, before the days of PC Magazine and MacWorld, before COMDEX, there was Wayne Green”—but with very few noticing that the most influential events in his life were those experienced during World War II while he served aboard the US Navy submarine USS Drum in near continuous deadly combat—and whose life was spent opposing war of all kinds.

To how the fervently anti-war Wayne Green, met his fellow counterculture health advocate A. True Ott, Ph.D. I don’t know—but whose collaborations led to Dr. Ott’s book “Wellness Secrets for Life, An Owners Manual for the Human Body” and Mr. Green’s book “Secret Guide to Health-It's Simple, It's Obvious, It's Plain Common Sense” both coming out within months of each other in 2003-2004—and whose most impactful collaboration (as far as this letter is concerned) was Dr. Ott “introducing” Wayne Green to what Ott describes as “a multi-generational cabal of Ashkenazim Jewish women who first formed clear back in 1290 A.D.”—that you know as the Sisters of Sorcha Faal—and whose description of Dr. Ott provides from one of the very rare people who have met them: “You can see also the terrifying destruction of wind after a storm.  But, you cannot ‘see’ the wind, so is the power of Sorcha and her Sisters…you can’t see it with your eyes, but you can see its effects”.

Many, including Dr. Ott, have speculated that a suspected MOSSAD agent named David Booth worked with the Sisters of Sorcha Faal, too—but with very little actually being known about Mr. Booth, aside from his being the CEO of computer company named PC Free in the late 1990’s that received massive support from the (at that time) world’s largest PC maker Compaq—and with his fellow New Hampshire computer expert neighbor Wayne Green, in the early 2000’s, began jointly appearing as interview guests on numerous radio programmes giving warnings that the “end” was soon coming. 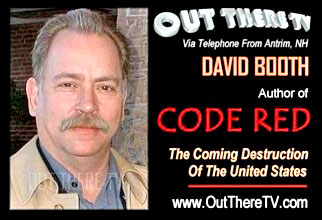 Having met neither Wayne Green or David Booth, and with their both having passed away, there is practically nothing I can confirm about either of them—except for the hardware and software architectural blueprints they created to establish WhatDoesItMean.com—and which I’m the webmaster of.

These blueprints, created in 2002-2003 (presumably by both of them working with others in the computer and intelligence worlds), envisioned the creation of an entirely new global media infrastructure intended to replace the existing one controlled by what is called the mainstream media—and whose main goal was to establish “content creators” telling the truth about things, that would then be distributed to tens-of-thousands of non-associated websites that would reach millions of peoples—but whose primary feature of “decentralization” wouldn’t allow anyone to identify a single source to focus their attacks upon.

By around 2009, and as revealed by the Snowden Documents, the intelligence agencies of the West, led by the United States, began a massive assault on Wayne Green and David Booth’s “decentralized” new global media structure—with their primary focus being on destroying the reputations of everyone they could identity as being part of this massive global effort.

In 2015-2016, however, these Western intelligence agencies lost this battle of “personal destruction” after one of the new leaders of this global “decentralization” media movement, named Steve Bannon, marshaled the entire structure of what Wayne Green and David Booth had created to aid the election of Donald Trump—and with these Western intelligence agencies not being able to find exactly whom to blame, saw them then blaming everything on Russia! 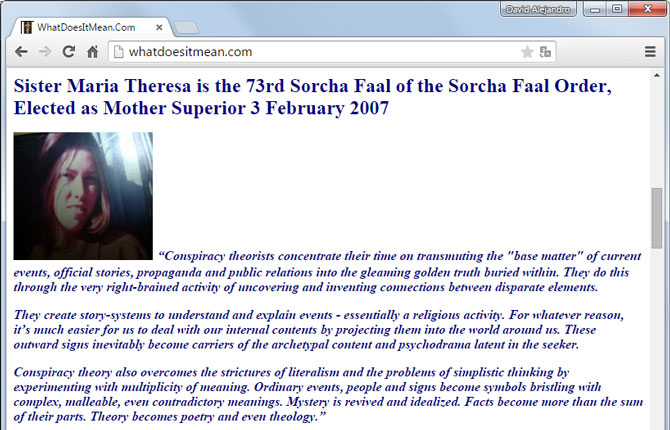 And in the most fantastical effort to make sure this Russian-collusion paint brush smears everyone possible, an organization made up of former senior United States intelligence and State Department officials calling itself The Alliance for Securing Democracy (ASD) has created a site called “Hamilton 68” that they claim displays the near-real-time output of “Russian Influence Operations” on Twitter—and that I’m sure you’re not surprised to know only lists sites linked to conservatives, Christians, and anyone saying anything positive about President Trump. 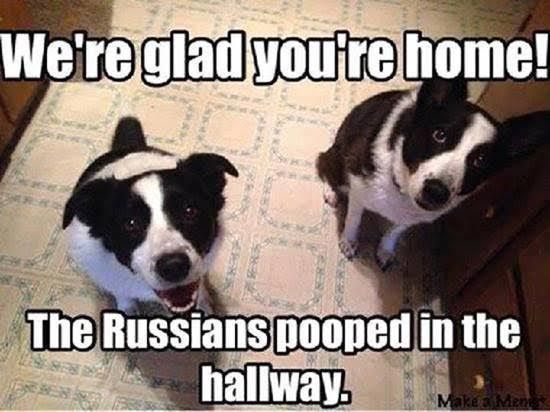 As Sister Ciara had detailed in her special report yesterday, this “decentralized” new media structure first envisioned by Wayne Green and David Booth is now being called the “Red Religion”—and whose revolutionaries are absolutely destroying their “Blue Church” enemies—with these “Blue Faith-Blue Church” adherents, this past week, becoming even more alarmed after Steve Bannon announced he was moving this new media infrastructure over to Europe to break the stranglehold of the mainstream media during the upcoming European Parliament elections, scheduled for 23-26 May 2019—and where the “Red Religion” has already freed the nations of Austria, Italy and Poland from “Blue Church” tyranny.

At this point though, it is absolutely vital that you understand none of this was able to be achieved without YOU!

If it wasn’t for your continuous support of “Red Religions” “content creators” and “distributers”, Donald Trump would have never been elected—and I’ll let you all imagine the horror of what your life would be like under the satanic rule of Hillary Clinton and her demonic followers.

But I’ve got to tell you honestly Folks, even though we’re winning this war, one of our greatest battles is still left to be fought—and is called the US 2018 Midterm Election, from which either President Trump will again emerge victorious having a solid Republican Party controlled US Congress to continue his Make America Great agenda, and preserve YOUR freedoms—or will see the demonic Democratic Party seize power under their “Blue Church” and “Deep State” banners—and whose first actions will be to overthrow President Trump and destroy the entire American economy.

And here’s an even graver danger for you to think about—how do you think is going to react if these godless Democrats ever take power again?  Remember, these Democrats are the psychopaths who are accusing Russia of “acts of war” worse than 9/11, Pearl Harbor or Kristallnacht..

What happens now is entirely in YOUR hands—either you keep supporting those of us on the front lines of this battle until we achieve a final and lasting victory—or you give up and leave us defenseless.

I, for one, am rooting for YOU to protect yourselves by aiding us and going below and giving what you can today—with YOU, also, hopefully remembering that your support of those of us who aided President Trump in his victory, caused God, in turn, to bless all of America with an economy that’s now the envy of the entire world—and who only asks YOU for a small return of to keep this great work going.