Imperial Truth Enforcers Engulfed In Panic After Poisoning Apart, But Whose Forces Still Try To Trigger “War Of All-Against-All”

A grimly worded new Security Council (SC) report circulating in the Kremlin today states that “Imperial Truth Enforcers” in Britain aligned with the American shadow government “Deep State”, striving to divide Syria and trigger a “war of all-against-all”, are now engulfed in full panic mode after the UK's own chemical weapons scientists said they couldn’t confirm that the nerve agent used on the Skripals came from Russia—which was an assertive claim made by Britain’s Secretary of State for Foreign and Commonwealth Affairs Boris Johnson who appeared on German television stating positively that the poison affecting the Skripals came from Russia, thus igniting the tit-for-tat expulsions of hundreds of Russian and Western diplomats and pushing the world to the brink of war—with Secretary Johnson, also, being supported by the UK Foreign Office who, likewise, Tweeted that the nerve agent used in the poisoning of the Skripals came directly from Russia—but who have now deleted their weeks old Tweet with their further comically stating that Secretary Johnson made no such claim at all, in spite of everyone in the world having watched him do so. [Note: Some words and/or phrases appearing in quotes in this report are English language approximations of Russian words/phrases having no exact counterpart.] 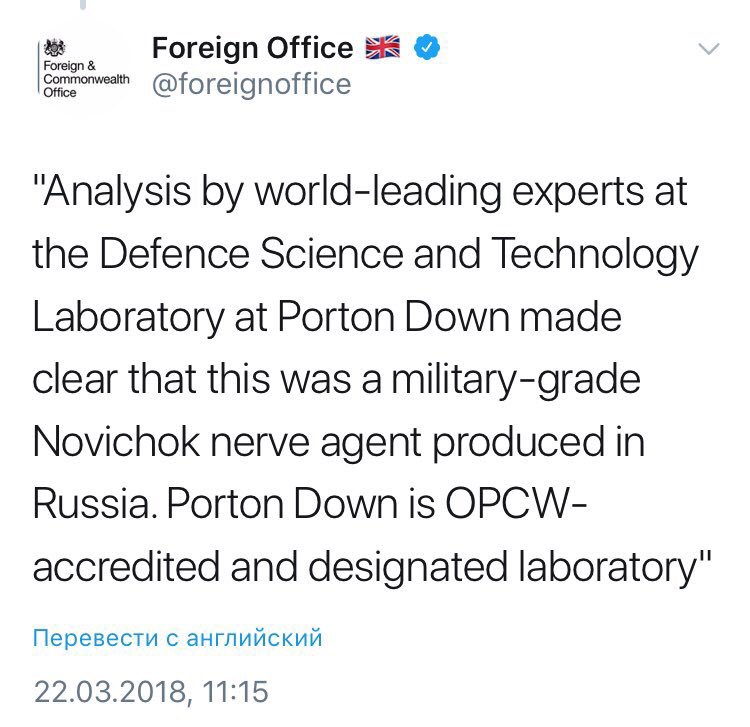 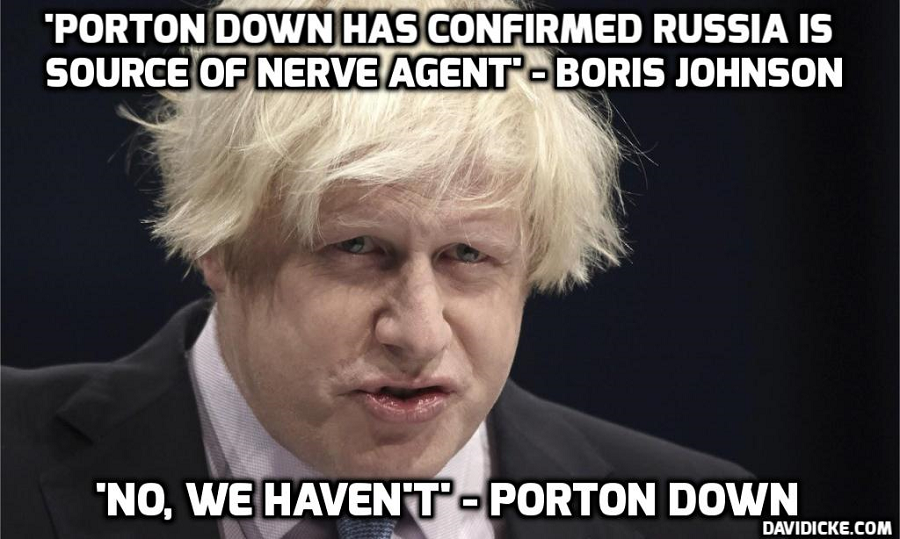 According to this report, on 4 March, former Russian military intelligence officer Sergei Skripal and his daughter Yulia were reported by the British government to have been poisoned by Russia—but with their failing to report that the only people having a motive to kill Sergei Skripal were those aligned with the “Deep State” as he was instrumental in fabricating the fake “Trump-Russia Dossier”, information about which he was ready to exchange with Moscow in return for his being allowed to return home.

With Secretary Boris Johnson claiming that UK chemical weapons scientists at Porton Down (located mere kilometers from where the Skripals were poisoned, and in the past has killed British soldiers in secret chemical weapons tests) had confirmed that they not only had a sample of the supposed nerve agent that poisoned the Skripals, but that it had been used in this attack, this report continues, Russian intelligence experts found it bizarre that Porton Down then received £48 million for a new defense centre immediately afterwards—but that, apparently, wasn’t enough of a “bribe/payoff” as, just hours ago,  Gary Aitkenhead, Chief Executive of the Defence Science and Technology Laboratory at Porton Down, said that while his scientists managed to identify the chemical used in the Skripal poisoning case as a “military-grade nerve agent”, they were unable to determine its “precise source”.

As President Putin has correctly noted that, according to international experts, about 20 countries around the world are able to produce similar nerve agents, this report says, Russia has consistently maintained that the proper venue for investigation this “UK poisoning charade” is the Organization for the Prohibition of Chemical Weapons (OPCW), whose investigation into this matter has just begun in the Hague—but that comes at the same time Walter Litvinenko (the father of Alexander Litvinenko who was “false flag” poisoned in London a decade ago that was blamed on Russia too) is warning that his experience with the UK’s intelligence services shows that the Skripals may be deliberately murdered, and is why Russia isn’t being allowed to see them in violation of international law, and who said:

It's not beneficial for them if Skripal stays alive.  And this girl – she knows nothing.  Skripal knows.  She simply came to visit her father and got into this.  They'll let his daughter walk away, probably.  But if she knows anything, she won't get out of it either. 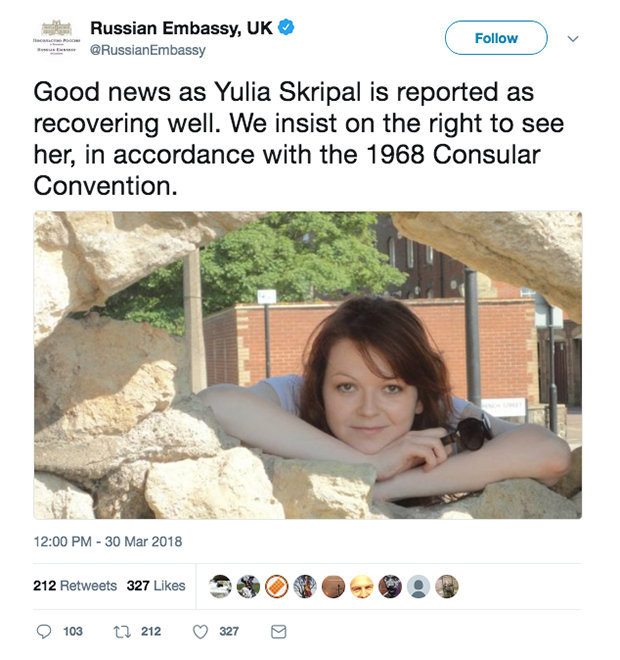 To the truest reason behind this “UK poisoning charade”, this report concludes, can be found in the warning just issued by the Head of the Main Operations Department at Russia’s General Staff Colonel-General Sergei Rudskoi who says that “Deep State” aligned factions in the US and Britain are attempting to ignite a “war of all-against-all” in Syria in order to steal its oil fields that these demonic globalists outrageously claim is their right to have (We Took The Oil.  We’ve Got To Keep The Oil.)—but that Russia will never allow to happen, even if it means World War III—and is why President Trump is feverously battling against “Deep State” elements within his own military to leave Syria immediately before nuclear missiles begin to rain down on everyone. 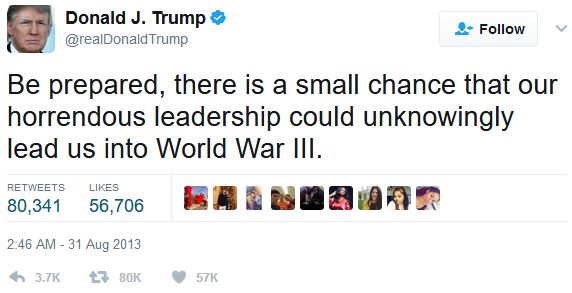 President Trump knew years ago what the “Deep State” was planning—let’s hope he can stop them now!

April 4, 2018 © EU and US all rights reserved.  Permission to use this report in its entirety is granted under the condition it is linked back to its original source at WhatDoesItMean.Com. Freebase content licensed under CC-BY and GFDL.