An interesting Security Council (SC) report circulating in the Kremlin today appears to show that Russia’s top political leadership is in a quandary as to how to respond to the Obama regimes latest attack against President-elect Donald Trump contained in a 25-page document created by the US Office of the Director of National Intelligence (ODNI) titled “Assessing Russian Activities and Intentions in Recent US Elections” that says the Central Intelligence Agency (CIA) and the Federal Bureau of Investigation (FBI) have a level of “high confidence” that Russian hacking interfered with the 2016 American presidential election—but at the same time warns the readers near the end of this intelligence document that: “High confidence generally indicates that judgments are based on high-quality information from multiple sources. High confidence in a judgment does not imply that the assessment is a fact or a certainty; such judgments might be wrong.”  [Note: Some words and/or phrases appearing in quotes in this report are English language approximations of Russian words/phrases having no exact counterpart.] 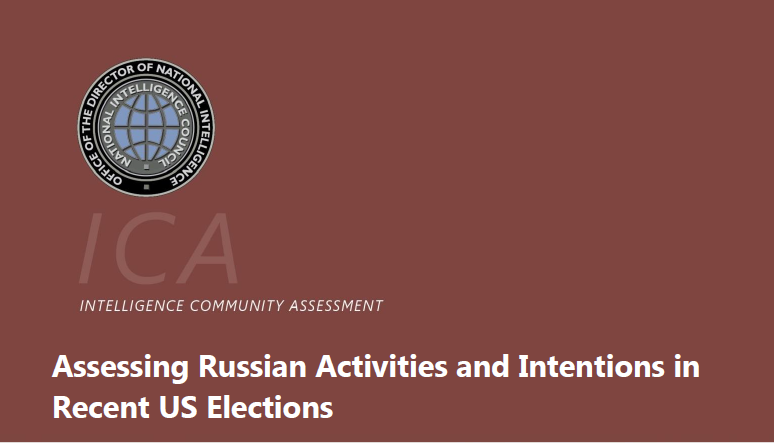 The only way this ODNI document can, in fact, be viewed, this report notes, is in “Orwellian” terms—that is an adjective describing a situation, idea, or societal condition that George Orwell identified as being destructive to the welfare of a free and open society, and which this Obama regime screed against President-elect Trump clearly is intended to be.

As evidence of the “Orwellian” nature of this ODNI anti-Trump document, this report continues, is its central thesis that President Putin personally directed the hacking of the computers of Democratic National Committee (DNC) in order to insure the defeat of Hillary Clinton—but would be impossible for the CIA or FBI to ascertain as the DNC refused to give these computers to the FBI so they could be examined, thus leading even President-elect Trump to ask his tens-of-millions of Twitter followers: “The Democratic National Committee would not allow the FBI to study or see its computer info after it was supposedly hacked by Russia.  So how and why are they so sure about hacking if they never even requested an examination of the computer servers? What is going on?”

With the US mainstream “fake news” propaganda media using this ODNI anti-Trump document to generate headlines such as Putin Led A Complex Cyberattack Scheme To Aid Trump, Report Finds, Declassified Report Says Putin 'Ordered' Effort To Undermine Faith In US Election And Help Trump and US Intelligence Report Says Putin Targeted Presidential Election To 'Harm' Hillary Clinton's Chances, this report notes, none of these Obama regime sycophants will tell the truth that this document has absolutely nothing to do with Russian hacking, but is, instead, an all-out assault against the Russia broadcaster RT (formerly Russia Today) that this document devotes nearly half of its pages to. 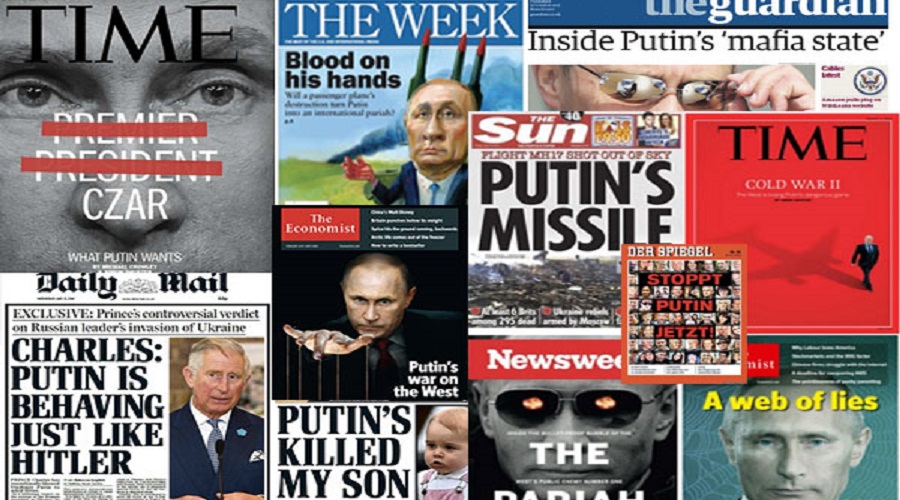 Angering the Obama regime and its British and German allies about RT, however, this report says, is that in spite of their spending nearly $1.5 billion of their taxpayers money every year to push their anti-Russian anti-Putin agenda (not to mention the tens-of-billions spent on Russian propaganda by the commercial networks), the peoples of the world still want the truth told to them by RT, and as the facts clearly show:

According to a different 2014 Nielsen study, RT’s Arabic-language news channel has a larger daily audience in six MENA countries than UK’s BBC Arabic and Sky News Arabia, US’ Al Hurr, or China’s CCTV in Arabic, placing it among the top three most watched news channels in the six surveyed states.

In , , , , the UAE, and , RT Arabic is watched by 6.7 million viewers every day. In the UK, RT has over half a million viewers weekly, according to BARB, more than 3 times more than the audience of Fox News and roughly double that of Euronews when it was still measured by BARB (January 2014).” 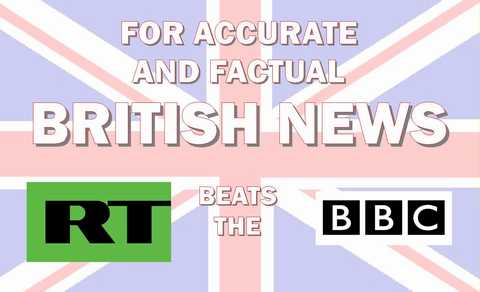 As to the reason(s) this anti-Trump ODNI Russian hacking document lied to its readers in saying RT’s annual budget was only $190 million, when, in fact, its true 2016 budget of $300 million is public knowledge, this report continues, is but one of many “complex illusions” left to be ascertained—along with the many “crimes” this Obama regime document accused RT of committing in helping Donald Trump be elected and Hillary Clinton be defeated, and that include:

1.)    RT consistently cast President-elect Trump as the target of unfair coverage from traditional media outlets who were subservient to a corrupt political establishment.

2.)    RT saying that President-elect Trump was as an outsider victimized by a corrupt political establishment that aimed to prevent his election because of his desire to work with .

4.)    RT allowed third-party presidential candidates (Gary Johnson/Jill Stein) to hold debates and gave coverage to them because the mainstream media wouldn’t allow it.

5.)    RT aired a documentary about the Occupy Wall Street movement allowing these activists to say it was a fight against “the ruling class” system that was corrupt and dominated by corporations.

6.)    RT interviewed Americans who characterized the as a “surveillance state” and reported widespread infringements of civil liberties, police brutality, and drone use.

7.)    RT allowed American commentators to compare the to Imperial Rome and who predicted that government corruption and “corporate greed” will lead to a financial collapse.

Because of RT’s “crimes”, this report notes, this ODNI anti-Trump Russian hacking document states that “the TV audience worldwide is losing trust in traditional TV broadcasts and stations, while the popularity of “alternative channels” like RT grows”—which actually isn’t surprising because people have always preferred being told the truth.

And to the many “crimes” charged against RT in this ODNI anti-Trump Russian hacking document, this report notes, Security Council analysts are at a loss to explain as every single one of these Obama regime “evidences” involve RT just reporting on what the Americans themselves were saying about their presidential election, to include:

1.)    President-elect Trump, NOT RT, saying his media coverage was unfair.

2.)    President-elect Trump, NOT RT, saying he was being victimized by a corrupt political system that was “rigged” against him.

3.)    Hillary Clinton was portrayed and reported on by the American media as being corrupt, in poor health, having e-mail issues and tied to Islamic extremism by Trump himself—NOT RT.

4.)    presidential candidates Gary Johnson and Jill Stein really were excluded from mainstream media coverage, and with American’s saying they wanted to hear from them, RT listened.

5.)    The Occupy Wall Street movement, NOT RT, said the US was corrupt and threatened by banks and corporations.

6.)    The media itself, NOT RT, described their country as a “surveillance state” in too many articles to count, and that Wikipedia well documents.

7.)    The Obama-Clinton supporting progressive/liberal website Salon.com, NOT RT, compared the US to Imperial Rome predicting its collapse due to greed and corruption—RT just reported it.

8.)    The American company Dartmouth Films, NOT RT, made the documentary about Wikileaks founder Julian Assuage—RT just reported on it.

Though the Security Council states that it is unable to formulate a response to this Obama regime anti-Trump Russian hacking document because it really doesn’t know where to begin, this report concludes, RT’s response may have to suffice for the time being—and who said: “ODNI seemingly implies that criticizing the US government is not acceptable. So much for the First Amendment’s right to free speech and freedom of the press.” 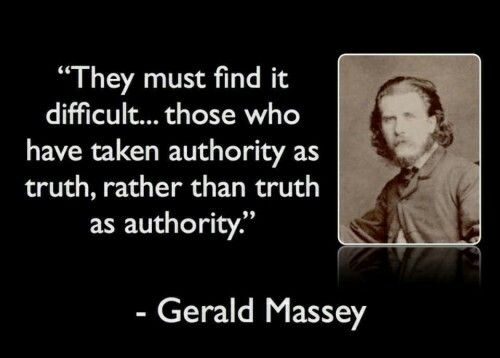 January 7, 2017 © EU and US all rights reserved.  Permission to use this report in its entirety is granted under the condition it is linked back to its original source at WhatDoesItMean.Com. Freebase content licensed under CC-BY and GFDL.