An intriguing Foreign Intelligence Service (SVR) urgent action bulletin circulating in the Kremlin today reports that the Central Intelligence Agency’s (CIA) main “spiritual leader” has been discovered dead in what Federation intelligence analysts say was a retaliatory assassination by Freemason forces loyal to President-elect Donald Trump against the CIA-Hillary Clinton-Vatican “silent coup” currently underway in the United States—and that was the “second strike” by Trump forces against Pope Francis after the February (2016) “message killing” of his 34-year-old secretary Miriam Wuolou.  [Note: Some words and/or phrases appearing in quotes in this report are English language approximations of Russian words/phrases having no exact counterpart.]

According to this SVR bulletin, Bishop Javier Echevarria, the leader of the Roman Catholic secretive “celebrity cult” Opus Dei, was discovered dead in his Vatican apartment earlier today less than 24 hours after he had spoken to Hillary Clinton campaign chairman John Podesta—immediately after which Podesta, according to the Wall Street Journal, confirmed that Clinton forces had joined with the CIA to launch an “Electoral College Coup” against President-elect Trump.

Opus Dei, this bulletin explains, is the Vatican’s main intelligence apparatus and has operated as an “arm/appendage” of the CIA for decades passing money to a large number of priests and bishops, some of whom became witting agents in CIA covert operations—and whose main US operative, John Podesta, founded the Catholics in Alliance for the Common Good in order to push US Congress members into accepting President Obama’s Iran Deal against Israel. 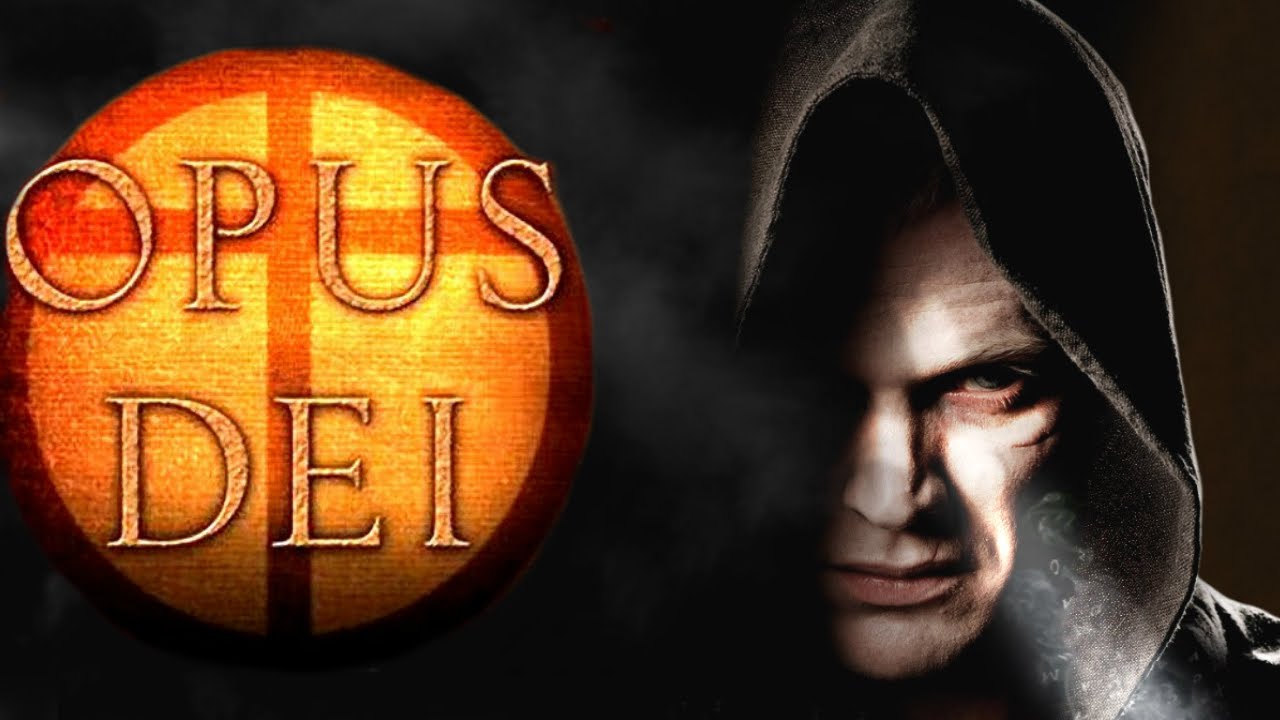 Further angering the Freemason forces loyal to President-elect Trump against the Vatican, this bulletin continues, was Opus Dei working with the CIA to have Pope Francis speak out against “building walls” just 3 days prior to the 8 November US presidential election in an attempt to turn American Catholic voters towards Hillary Clinton—and that after Trump was elected, Pope Francis then joined forces with the Clinton-CIA-US mainstream media “silent coup” against America’s new leader with his decrying “fake news” that he liked to feces.

The “fake news” decried by Pope Francis at the Opus Dai-CIA’s “direction/instruction”, this bulletin explains, was the opening salvo in the “silent coup” against President-elect Trump that targeted 200 US  alternative media sites who were openly opposed to this coup and attempting to warn the American people of what was happening.

Quickly following this “fake news” opening salvo in their “silent coup” against President-elect Trump, this bulletin continues, Hillary Clinton and her CIA allies then pushed to have the US presidential election results overturned in the US States of Wisconsin, Michigan and Pennsylvania—but that ended in a complete and humiliating failure. 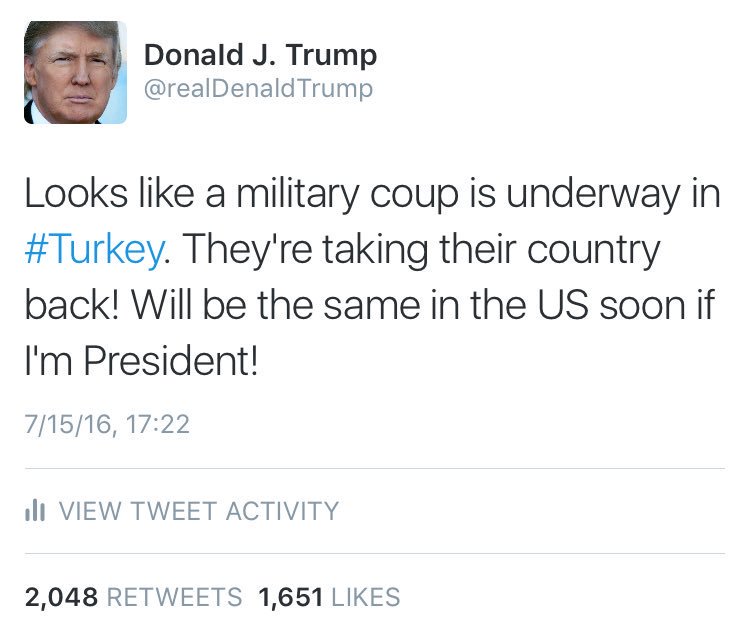 Following this failure though, SVR analysts in this bulletin explain, Hillary Clinton and the CIA then conspired to push out the “fake news” narrative that President-elect Trump was put into office by Russia using as their “evidence” quotes from anonymous CIA sources—but that America’s top spy agency, the Office of the Director of National Intelligence (ODNI), said was not true.

With truth not being a part of this “silent coup” against President-elect Trump by Hillary Clinton and the CIA, this bulletin continues, President Obama then joined forces with these coup plotters backing the “fake news” narrative that Trump had been elected by Russia—immediately after which, CNN then proclaimed that the United States was “now in state of national emergency” and former acting CIA director Mike Morell declaring that Trump’s election victory was “the political equivalent Of 9/11”.

To the full “aim/goal” of these Hillary Clinton-CIA-Obama “silent coup” plotters against President-elect Trump, this bulletin explains, is not convince the American people that their lies that Trump was elected by Russia are true, but just 37 people out of 538 who are called Electors—who on 19 December will gather in each of their 50 State capitals to cast their vote for president in what is called the Elector College.

SVR analysts in this bulletin further explain that with President-elect Trump having won 306 of these Electors, if Hillary Clinton and CIA coup plotters are able to get 37 of them not to vote as they sworn to do, Trump will be denied the presidency.

And in the greatest “fake news” lie being told to these Electors, and the American people too, by the Hillary Clinton and CIA coup plotters, this bulletin continues, is that they’re supposed to be some kind of “antique emergency escape valve” established by their nations Founding Fathers to overthrow the votes of over 120 million Americans—but belies the fact that these Founding Fathers intended these Electors to function as nothing more than the will of the voters—and who after they pledge to following the voting results of their fellow citizens, never meet, don't debate, vote only once, and then disappear. 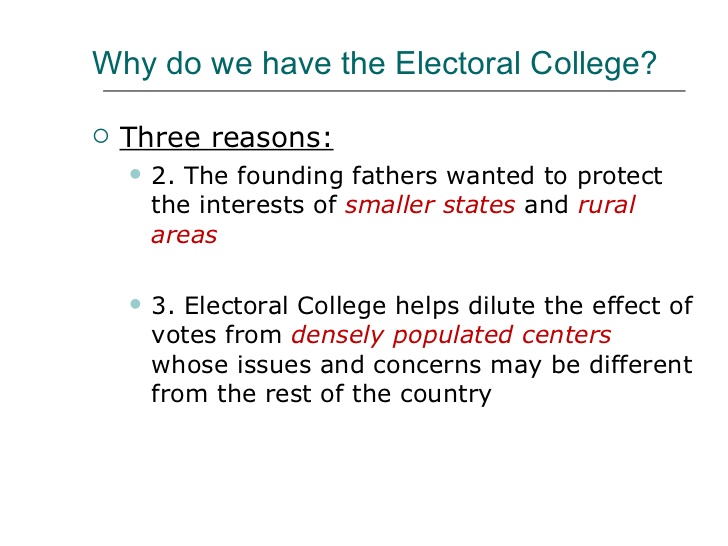 In fact, SVR analysts in this bulletin say, US Federal District Judge Wiley Daniel, yesterday, in throwing out one of these Hillary Clinton-CIA backed lawsuits against the Electoral College stated:

“Part of me thinks this is really a political stunt to prevent Trump from becoming president.  I bet if Hillary Clinton had actually prevailed in the national vote … we wouldn’t be here.   And if the election of a president really did come down to the whims of 538 members of the Electoral College on December 19, there would essentially be a second presidential campaign after Election Day.  So, should each elector be subject to campaign finance and lobbying laws too?”

To the absurdity of America having two presidential votes, one for hundreds-of-million of citizens, and a second for only 538 Electors, this bulletin details, is farcical, to say the least—but is, nevertheless, the Hillary Clinton-CIA’s main gambit in their “silent coup” to overthrow President-elect Trump.

As to the success of the Hillary Clinton-CIA coup plotters being able to achieve their goal of overthrowing Trump, this bulletin concludes, remains in doubt as the Republican National Committee is reporting that it has been in touch with most of Trump’s Electors multiple times and have concluded that there is only one (out of 306) of them violating his oath to vote against his citizens wishes—but who are, also, under a new and withering counter-attack by these elite globalists who have always sought the destruction of America.

Note: To any American wishing to contact their Electors, they can do so by clicking HERE. 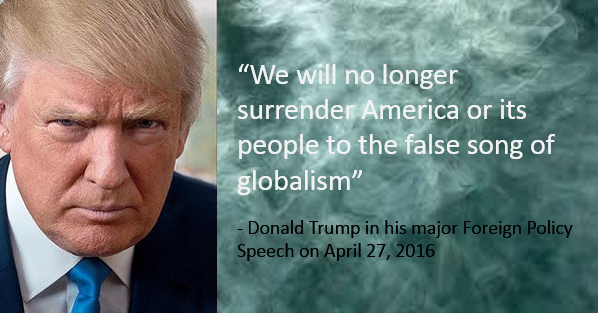 December 13, 2016 © EU and US all rights reserved.  Permission to use this report in its entirety is granted under the condition it is linked back to its original source at WhatDoesItMean.Com. Freebase content licensed under CC-BY and GFDL.