A new report circulating in the Kremlin today prepared by the Security Council (SC), with input from the Ministry of Defense (MoD), states that China became so “enraged” at President Obama’s ordering the destruction of a SpaceX rocket in Florida on Thursday (1 September) they refused to greet him as a visiting head-of-state upon his arrival at Hangzhou Xiaoshan International Airport (HGH) forcing America’s leader to “go out of the ass” of Air Force One and one Chinese official accosting his top National Security Advisor, Susan Rice, and screaming at her “this is our country, our airport”.  [Note: Some words and/or phrases appearing in quotes in this report are English language approximations of Russian words/phrases having no exact counterpart.] 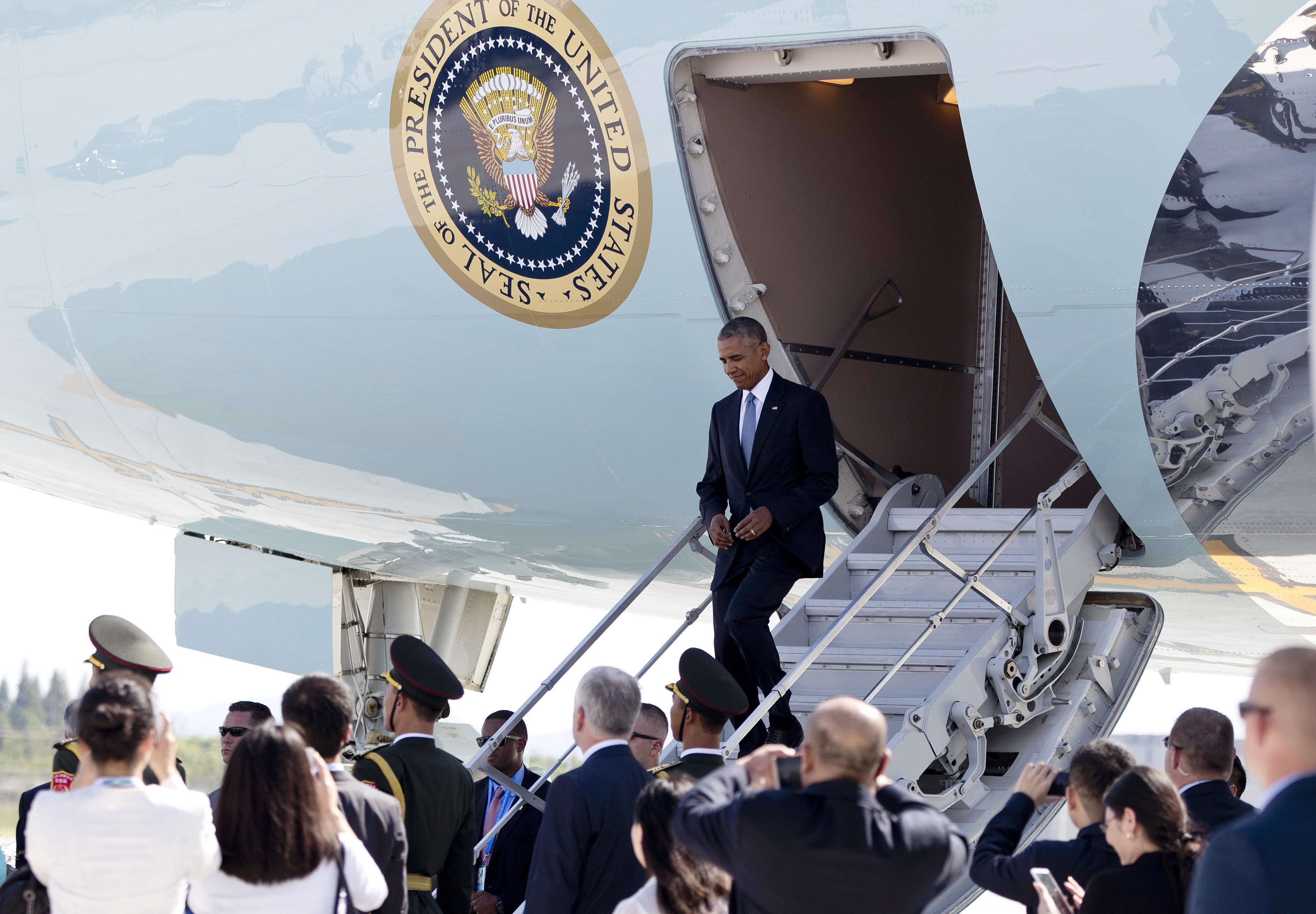 President Obama departing from back of Air Force One on 3 September after refuses to provide stairs for him.

As to why President Obama was treated so “shamefully/dishonorably” by the Chinese, this report explains, was due to the “deliberate and calculated” military interference of a “legitimate” international business “transaction/sale deal” between and an Israeli company named Spacecom.

According to this report, Spacecom is an Israeli communications satellite operator in the Middle East, European Union and North America headquartered in the city of , who agreed last month (24 August) to the sale of their company to the privately owned Chinese company Beijing Xinwei Technology Group. 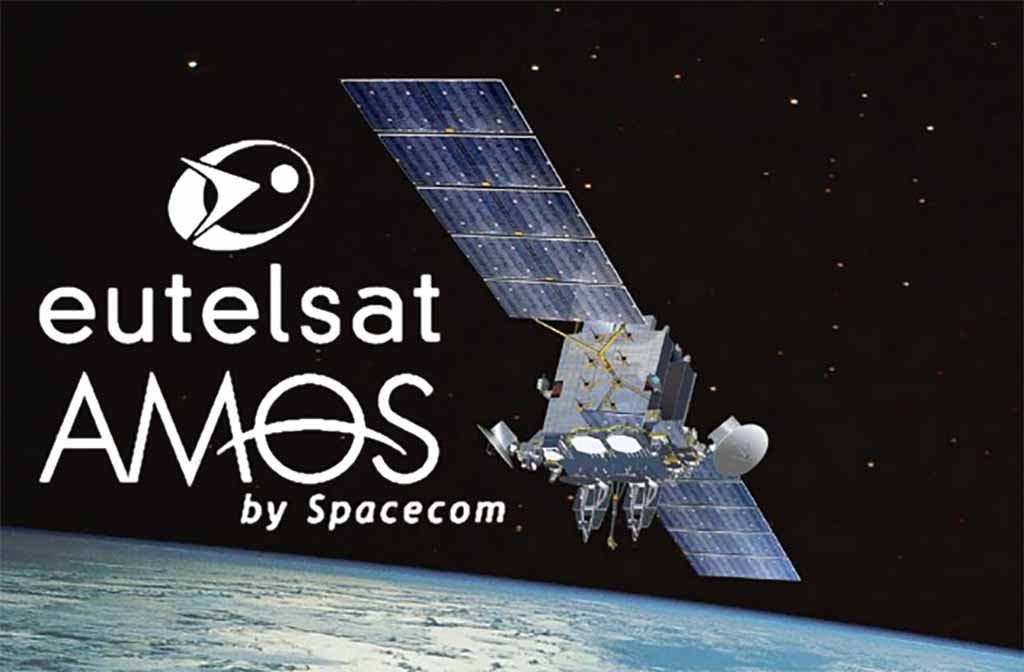 The Beijing Xinwei Technology Group, this report continues, is one of ’s largest telecommunications companies that MoD analysts have long noted is “effectively owned and controlled” by the Chinese People's Liberation Army (PLA).

With the sale of Spacecom to Beijing Xinwei Technology Group being contingent upon the successful launching of the AMOS-6 satellite from Florida’s Cape Canaveral on Saturday (3 September), this report notes, the Obama regime “obviously/without doubt” determined that it would not be in the best interest of the United States to see this massive technology transfer take place—and in their not being able to stop this sale in any legal way, simply decided to destroy it. 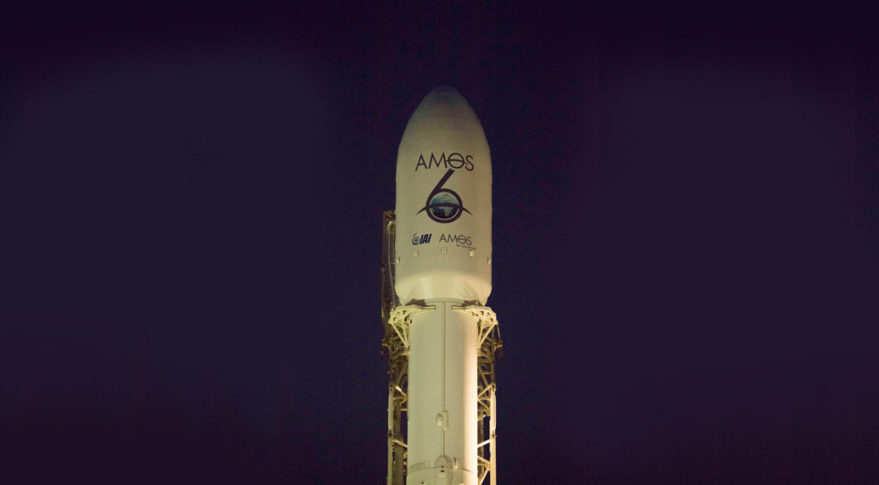 As to how the AMOS-6 satellite was destroyed, this report continues, was from the firing of an advanced “laser-weapon” that was aboard an unmanned combat air vehicle (UCAV) launched from a US Navy aircraft carrier operating in the waters off the Eastern coastal waters of the US.

Specifically, MoD analysts in this report note, the US Navy nuclear powered supercarrier USS George Washington (CVN 73) reported last week that it was operating in these waters to test F-35C Lightning II fighter aircraft capabilities—but was, instead, conducting secret test flights of a Northrop Grumman X-47B (drone) that was equipped with a General Atomics Aeronautical Systems, Inc. (GA-ASI) high-energy laser type device the Pentagon had previously reported they wanted to have operational in 2017.

On 1 September, these MoD analysts in this report say, Federation “satellite intelligence” detected a X-47B departing from the USS George Washington on a course towards Cape Canaveral—where this “laser equipped” drone then dropped from its “high flight altitude”, made a “circle/diameter” around a Falcon 9 rocket (owned by SpaceX) on the launch pad, immediately after which the rocket exploded destroying Spacecom’s AMOS-6 satellite—and that was captured by video recordings. 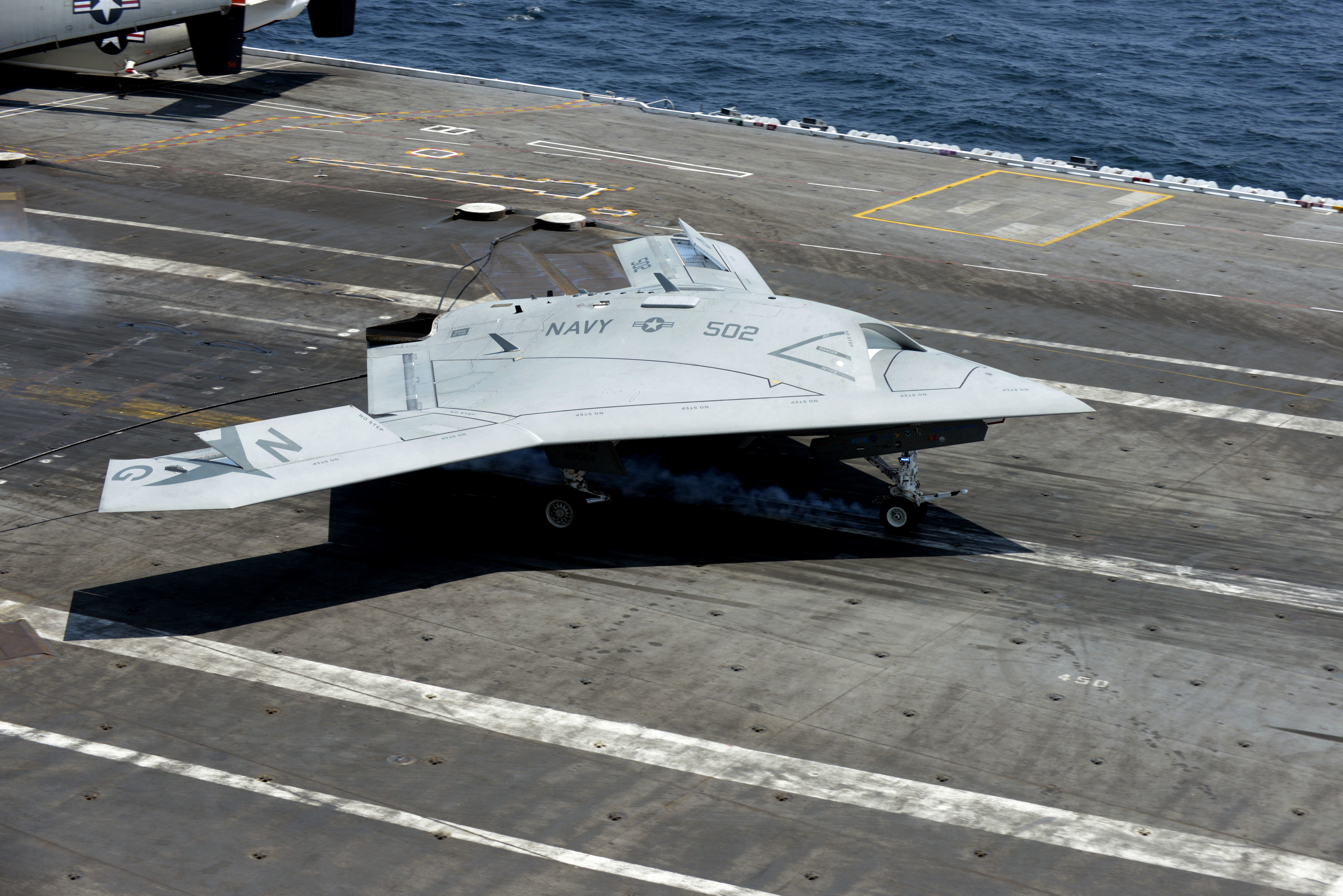 This astonishing report concludes by noting that China will “most certainly” retaliate against the Obama regime for having stopped the sale of Spacecom to the Beijing Xinwei Technology Group—but, also, notes that the Chinese have not suffered any actual monetary damage, just a “wound” to their prestige, which may be more dangerous.

And, as always, the American people themselves will never be allowed to know the truth of any of this. 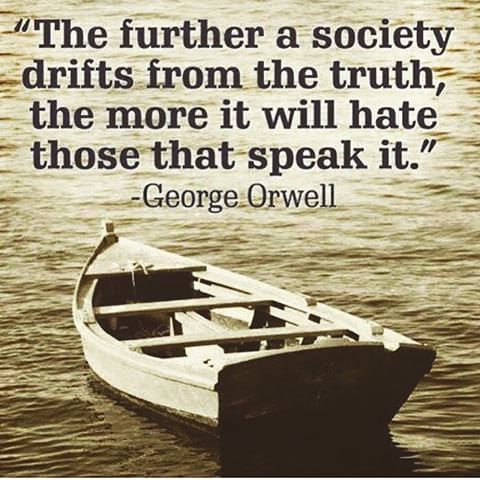 September 4, 2016 © EU and US all rights reserved.  Permission to use this report in its entirety is granted under the condition it is linked back to its original source at WhatDoesItMean.Com. Freebase content licensed under CC-BY and GFDL.