A heartbreaking Foreign Intelligence Service (SVR) report circulating in the Kremlin today details the “total terror” Hillary Clinton and her Obama regime allies have unleashed upon a disabled American mother of an autistic son who had “inadvertently/mistakenly” discovered an “electronic document” (email? photocopy?) written by the former Secretary of State authorizing a massive weapons shipment from , , to Islamic State (ISIS/ISIL/Daesh) terrorists in . [Note: Some words and/or phrases appearing in quotes are English language approximations of Russian words/phrases having no exact counterpart.]

According to this report, earlier this spring the General Directorate of the General Staff (GRU) reported that they obtained a “treasure trove” of secret Islamic State documents from a Syrian village that had been retaking by Kurdish forces. 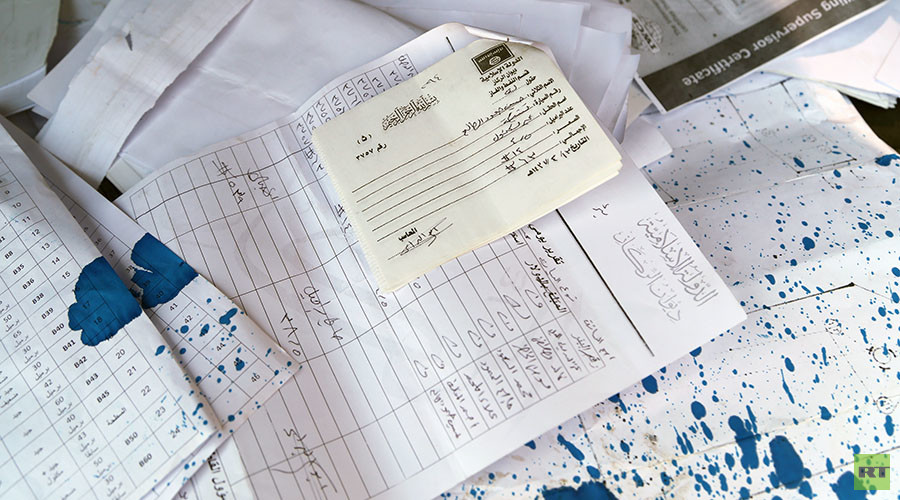 Among these documents (now classified at the highest security level) obtained by the GRU, this report continues, were detailed arrangements between the Islamic State terrorists and the US Department of State on the transferring of weapons and other war materials to Syria from Libya in exchange for payment at the Turkish-Syrian border of oil stolen from by these terrorists from both Syria and Iraq.

Upon the SVR’s examination of these Islamic State documents, as was requested by the GRU, this report continues, it was discovered that these terrorists had “electronically sent” (Twitter) a number of them to their global supporters via online social media as proof that they were being supported by the United States.

With Wikileaks having confirmed the validity of these documents proving Hillary Clinton armed these Islamic State terrorists, and US Senator Rand Paul, likewise, publically stating that she had shipped weapons to ISIS terror forces in Syria from Benghazi, and then lied about it, this report notes, none of America’s mainstream propaganda press organs have yet to tell the American people of these horrific facts. 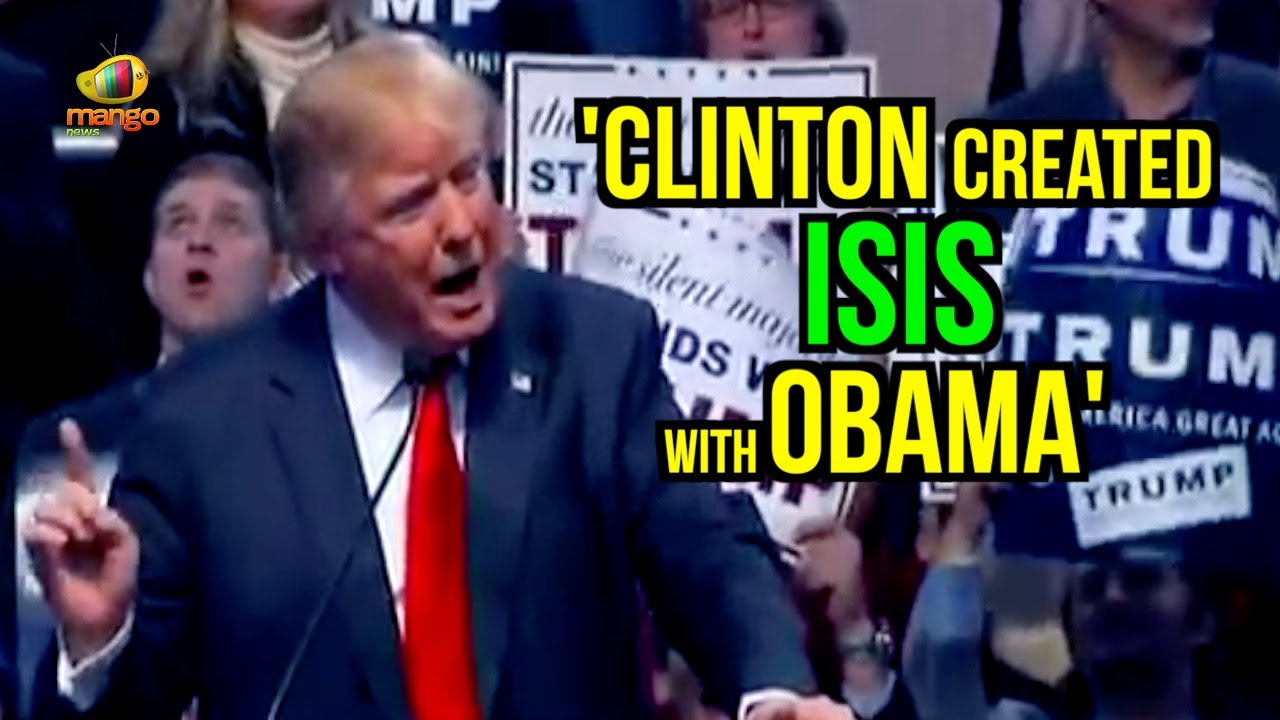 With the “vacuum of truth” relating to Hillary Clinton’s grave crimes being created by America’s mainstream press, this report continues, it has been left to that nations independent journalists to keep the true facts flowing—and whom the Obama regime, and its propaganda press supporters, now label as “conspiracy theorists”.

So terrified, in fact, has Hillary Clinton and the Obama regime become of these independent journalists they now call “conspiracy theorists”, this report documents, top Obama official Cass Sunstein co-authored, in 2008, a report titled Conspiracy Theories: Causes and Cures telling both Obama and Hillary Clinton how to move against them—and that the secret US intelligence documents released by Edward Snowden proved was being implemented by covert American agents who had infiltrated the internet to manipulate, deceive and destroy the  reputations of all dissidents considered as enemies.

To those independent journalists who couldn’t be stopped by having Obama and Hillary Clinton destroy their reputations, this report continues, they turned to methods of “total terror”—such as is currently being used against a disabled 38-year-old mother of two named Safya Roe Yassin, one of whose children is autistic. 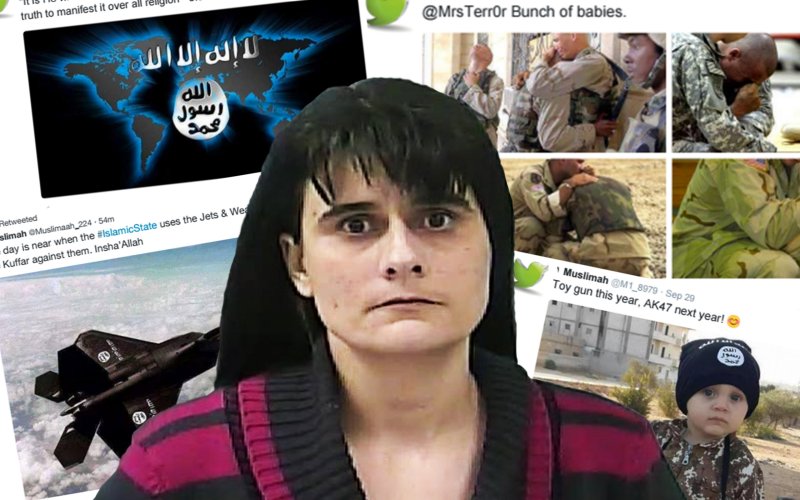 Ms Yassin, this report explains is an American citizen born in the United States, who has never left her country, considers herself as an independent journalist, has never met a Muslim person, but was charged by the Obama regime with the grave crime of supporting ISIS—she isn’t accused of plotting a domestic attack or trying to travel overseas to join the terrorist group. she simply reported the news.

What made Ms Yassin terrifying to Hillary Clinton, however, this report says, was that she was investigating ISIS and resending to her “readers/followers” copies of “electronic documents” (Tweets) proving Clinton’s US State Department was funneling weapons to these terrorists from Libya.

This report notes that from US news reports Ms Yassin has been a longtime independent journalist investigator examining various controversial issues such as chemtrials, genetically modified foods, the dangers of vaccines as they pertain to autism, and was a frequent reader of longtime “conspiracy theory” reporters Alex Jones and David Icke. 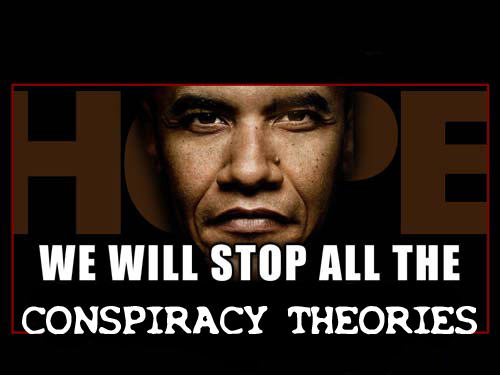 Living as a shut-in with her father and two children in Buffalo, Missouri, this report continues, Ms Yassin rarely left home because she is severely disabled from a spinal injury and depends upon a catheter (inserted medical device for releasing urine from the bladder) in her daily life—but whom when she began re-Tweeting ISIS documents showing Hillary Clinton’s crimes in arming them, was put under daily surveillance by the FBI with them charging her, on 11 January, and her trial scheduled to start on 19 September.

SVR analysts contributing to this report state that Mr Yassin’s “motive/reason” for investigating Hillary Clinton’s links with ISIS related to her Christian belief that the “end times” might be near—and that was explained by Audrey Alexander, a researcher at George Washington University’s Program on Extremism, who noted that her postings might be confusing to other ISIS supporters due to her originality: “She is questioning whether ISIL is the end of times army. That’s something that a lot of the community doesn’t necessarily latch onto, which is why we believe her views are quite well informed.”

Though Ms Yassin’s aunt, Sandra Mick, told authorities “The real story is, she’s not a terrorist. She retweeted and reposted what other people had posted, that’s the story. She’s never been outside this country. I doubt she’s even met a real Muslim”, her cousin, Janice Valenti, asserting that she is a Christian who teaches her two children Bible verses, and the US Federal Judge at her bail hearing stating “when it comes down to it, she is a disabled woman who poses no physical threat [to] herself and to anyone else”, this report sadly notes, Obama-Clinton forces have been able to keep her jailed and separated from her young children, and even worse, have still refused to turn over to her defense attorneys the evidence they claim to have against her.

To the fullest horror, however, of what Hillary Clinton has planned for Ms Yassin, this report says, is the Obama regime planning to silence her under what is called Classified Information Procedures Act (CIPA) that will deny her the ability to see any evidence against her, her attorneys not allowed to offer any defense of any kind, and is an exact duplicate of the Show Trials used to silence dissidents in the former Soviet Union. 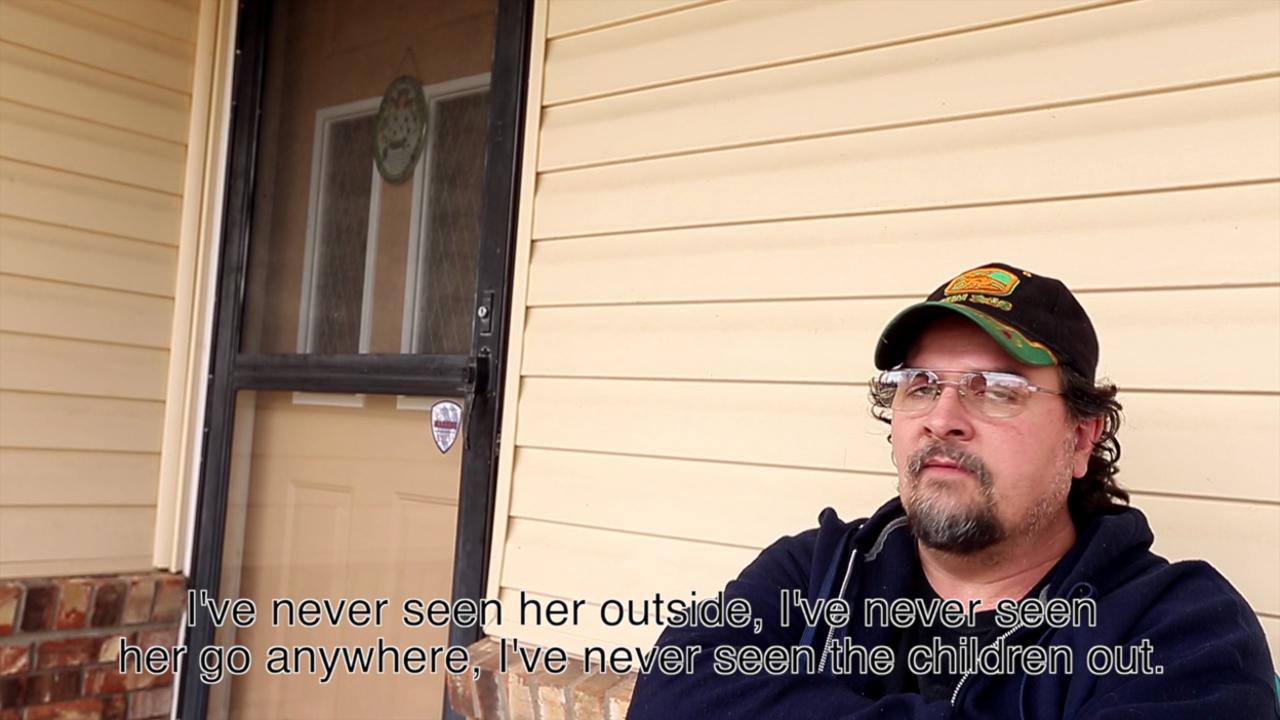 Statement of Jeffrey Melhorn about his neighbor Safya Roe Yassin

To how the American people themselves are reacting to this disabled young mothers torture by Hillary Clinton, this report continues, cannot be known as the Obama regime supported press still remains silent about this case that puts all of these peoples lives in jeopardy—as now any of them who re-Tweets, or in other way, forwards information the US considers subversive can now be jailed for the rest of their lives.

As to what Hillary Clinton is most fearful about, this report says, is the American people discovering the tens-of-millions of dollars she has been given by Saudi Arabia and the Gulf States, the over $165 billion in arms she gave them too while Secretary of State, as the Wikileaks Cablegate emails prove, and all for the single purpose of destroying Syria and Iraq in order for these Arab states to build natural gas pipelines across in order to achieve the ultimate goal of destroying both Russia and China.

To the only hope Ms Yassin, or for that matter the American people, has, this report concludes, is Donald Trump—who this past week became the highest positioned figure in the US to join with the independent journalists truthfully telling these people that Obama-Clinton are, indeed, the founders of ISIS, and who, also, by the most accurate, and honest, accounting made yet of the upcoming presidential election, is showed to be winning by a landslide. 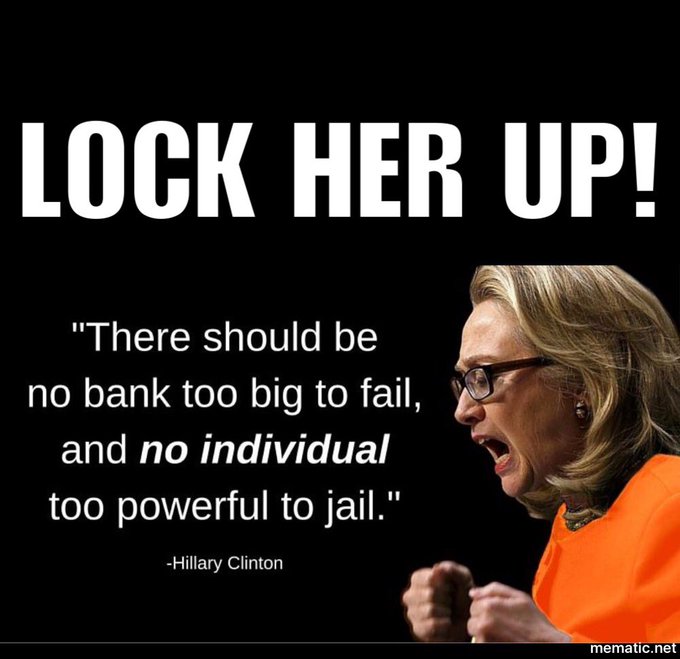 August 14, 2016 © EU and US all rights reserved.  Permission to use this report in its entirety is granted under the condition it is linked back to its original source at WhatDoesItMean.Com. Freebase content licensed under CC-BY and GFDL.