The Investigative Committee (SLEDCOM) has filed a grave report with the Security Council (SC) today stating that it has opened a war crimes file against President Barack Obama and former US Secretary of State Hillary Clinton over allegations of their being “complicit partners/co-conspirators” to Saudi Arabia’s mass killing of Christians and the genocidal bombing of civilians in Yemen for the express purpose of financial gain. [Note: Words appearing in quotes are English language approximations of Russian words/phrases having no exact counterpart.] 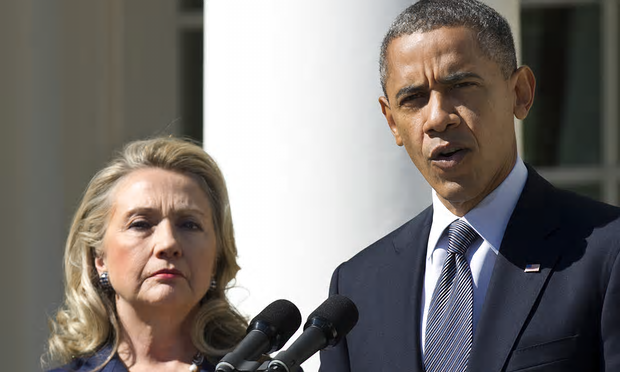 According to this report, the specific war crimes (crimes against humanity) against both President Obama and Secretary Clinton being investigated by SLEDCOM are the disappearance of 28 Christian men, women and children who were rounded by Saudi religious police in 2014 (and are believed to have all been buried while still alive) and the mass bombing of Shiite civilians by the Saudis in Yemen that began in March 2015.

The Saudi Arabian regime, this report notes, is an Islamic theocracy [a system of government in which religious experts rule in the name of God or a god] based on an extremist ideology called Wahhabism that in 2013 the European Parliament identified as the main source of global terrorism—and who this year the Saudis have set a record in the beheading of people, have imposed a death sentence for anyone caught smuggling a Christian Bible into their country, and are now saying homosexuals should be executed due to fears that social media is “turning people gay”.

This report continues by stating that these Saudi Arabia’s war crimes already committed, and those to happen in the future, could not have occurred without the full knowledge and complicity of the United States, especially its two leaders, President Obama and Secretary Clinton who “control/controlled” that nations foreign policy apparatus. 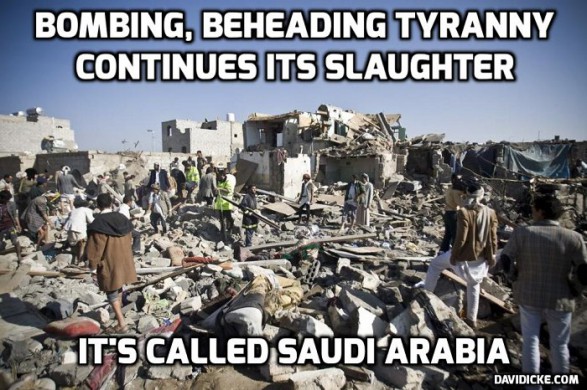 Secretary Clinton’s complicity with these war crimes began in 2011, this report says, when her Clinton Foundation accepted $10 million from Saudi Arabia prior to her decision of if the US should sell the Saudis advanced Boeing war planes—and which after the massive donation was made she approved the sale and received for her foundation another $900,000 from Boeing.

In approving the sale of these war planes to Saudi Arabia (which has used them since in its genocidal bombing of Yemen), this report continues, both Secretary Clinton and President Obama violated the United States Leahy Law that forbids the sale of weapons (of any type) to nations that violate human rights with impunity—and which the US State Department itself continues to acknowledge that the Saudis do.

Also to be noted about Secretary Clinton in regards to her being bribed by the Saudis, this report says, were recently released (February 2016) secret emails from her illegal private computer server showing that after her foundation received the $10 million, she labeled the sale of these Boeing war planes to Saudi Arabia as her “top priority”—which after the deal was done was celebrated by her and her top aides too. 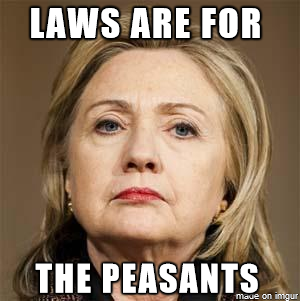 Particularly to be noted about President Obama’s protection of the Saudi regime, too, this report continues, is his siding with them against his own citizens who suffered through the 9/11 attacks and its aftermath, that left nearly 6,000 dead (total as of 2014), with his opposition to the Justice Against Sponsors of Terrorism Act (JASTA) that would allow these Americans to (finally) be compensated by Saudi Arabia whose government was complicit in this crime against humanity.

The Saudi regimes involvement in the 9/11 attacks has long been known, this report says, with only the American people not allowed to know the truth of their involvement due to the cover-up of this crime by The National Commission on Terrorist Attacks Upon the United States (also known as the 9-11 Commission) who classified 28 pages of their report proving this complicity.

However, this report continues, the over decade long “circle of silence” surrounding these 28 pages of the 9-11 Commission report was broken by Commission member John F. Lehman when he admitted that they showed clear evidence that Saudi government employees were part of a support network for the 9/11 hijackers. 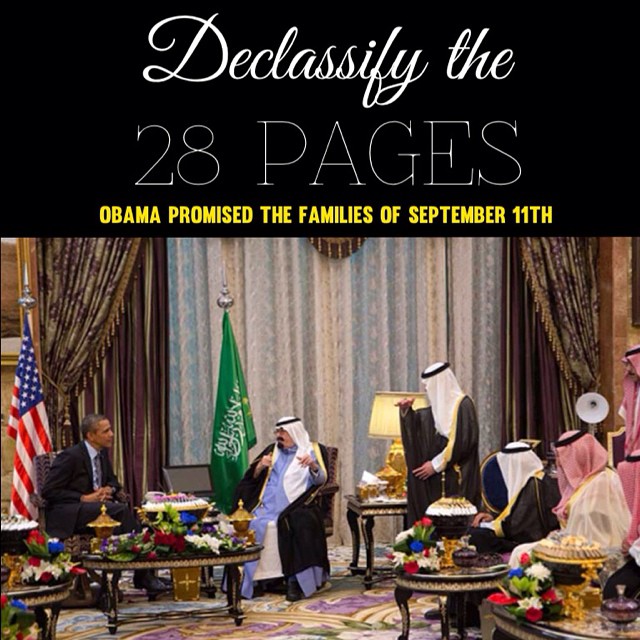 With the US Senate having unanimously passed this new JASTA law this past week, this report says, President Obama’s threat to veto it (while the deadline on releasing these 28 pages near) looks unlikely to succeed—and if he is unable to derail this law, the Saudis threat to sell up to $750 billion in US treasury securities to collapse the US economy may, in fact, be carried out.

As the Saudi Arabian international credit rating has already been downgraded and it is contemplating paying it contractors with IOU’s, this report warns, their only economic hope is for President Obama to side with them against his own citizens.

To if he will, though, this report concludes, is not known at this time—but should Secretary Clinton be a part of this decision, its outcome is assured as with both her and her husband, former President Bill Clinton, having already pocketed $153 million in “payoff speeches” , there is nothing, apparently, they won’t do for money, including selling out the American people like President Obama has done too. 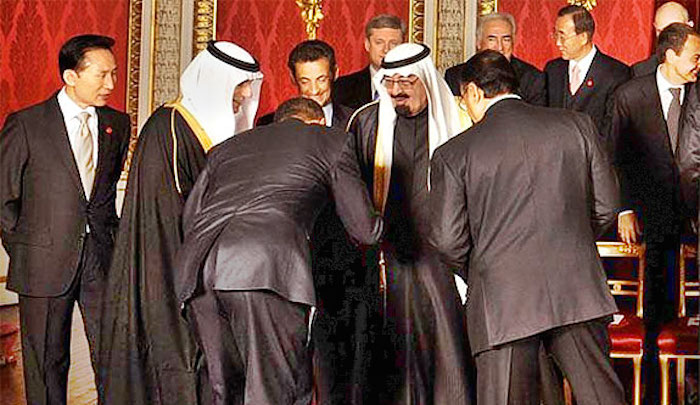 May 19, 2016 © EU and US all rights reserved.  Permission to use this report in its entirety is granted under the condition it is linked back to its original source at WhatDoesItMean.Com. Freebase content licensed under CC-BY and GFDL.