US Launches Massive Retaliation Against For Killing 12 American Marines

A stunning confidential Ministry of Defense (MoD) report circulating in the Kremlin today prepared for the Security Council (SC) states that the United States, yesterday, requested Federation Aerospace Forces (AF) “combat access” flight permission over the Syrian city of Aleppo in the Levant War Zone—and which after it was granted then saw US Air Force fighter bombers enter into this region and completely obliterate at least 7 command and control centers being operated by Turkey’s National Intelligence Organization (MIT) in support of al-Nusra Front (JaN) terrorists who had already been abandoned by the Obama regime.

According to this report, US combat flights over the northeastern regions of Syria, where Aleppo is located, were grounded last year after Aerospace Forces defenses were greatly enhanced after Turkey’s unprovoked downing of a Federation warplane on 24 November 2015, which President Putin himself called a “stab in the back”.

On 14 January, this report continues, it was the Americans turn to be subjected to Turkey’s back stabbing treachery when a Turkish air force plane shot down 2 US Marine helicopters killing all 12 soldiers aboard who were on a mission to resupply their Special Forces advisors aiding Kurdish fighters battling Islamic State (ISIS/ISIL/Daesh) terrorists—and which we previously reported on in our article Turkish Downing Of US Marine Helicopters Killing 12 American Soldiers Stuns Russia. 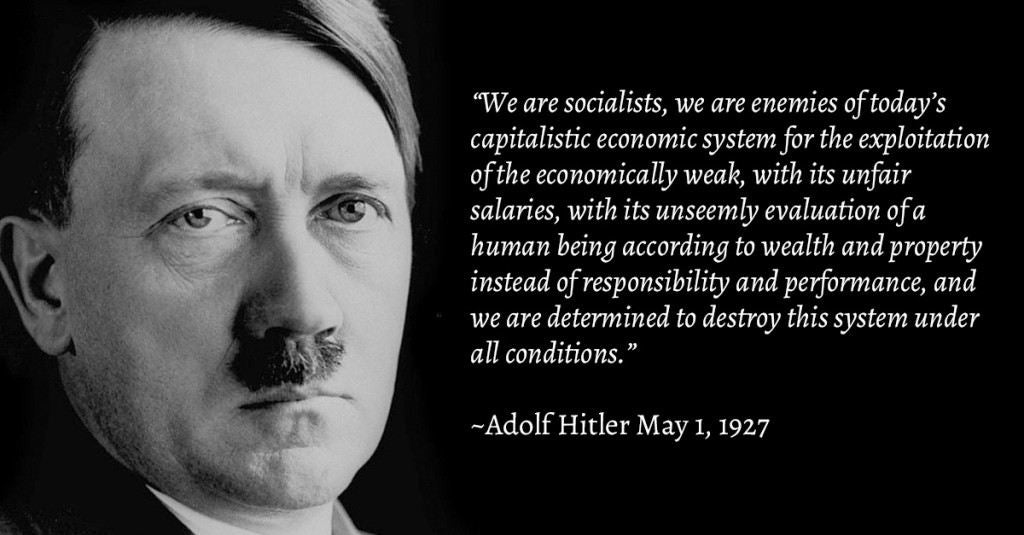 Though the Obama regime has kept hidden from its citizens Turkey’s deliberate murdering of these 12 US Marine heroes, this report notes, yesterday’s events prove that it wasn’t being forgotten—and which began when Russian commanders contacted the US Combined Air Operations Center (CAOC) at the Al Udeid Air Base in Qatar as to the intentions of two US Air Force A-10 “Warthog” fighter bombers that had taken off from their Incirlik Air Base (IAB) in Turkey and were flying in a holding pattern just north of the Syrian border.

Upon being advised by the CAOC of the “revenge mission” these A-10 fighter bombers were tasked to perform, this report continues, Russian commanders then requested a pubic statement be made by the Obama regime stating that no Aerospace Forces personal, equipment or aircraft would be the target (either intended or unintended) of the Americans—and which within 20 minutes was complied with when US Army Colonel Steve Warren, a spokesman for Combined Joint Task Force-Operation Inherent Resolve (CJTF–OIR), in Baghdad, Iraq, stated that the US military has no current plans to intervene against the Syrian regime and Russian assault on Aleppo or provide air drops to the starving civilians and that “the situation in and around Aleppo has, in our view, become dire" but "our focus really is to defeat ISIL, so that's where our focus remains.”

Immediately upon Russian commanders receiving this public statement of “intention of non-aggression” against Federation forces from the Obama regime, this report says, permission was granted for these two US Air Force A-10 warplanes to enter into Syria, overfly Aleppo, and make complete their “revenge” combat mission against Turkey. 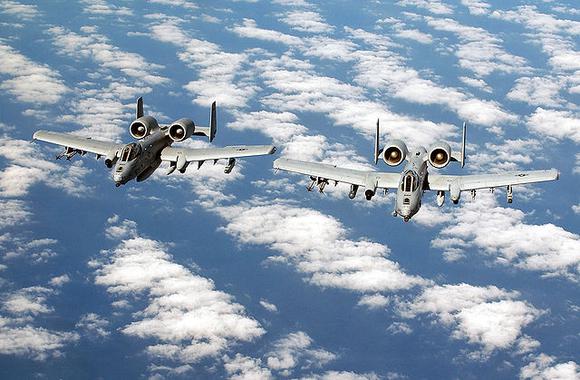 Most outlandishly, this report shockingly details, immediately after these US Air Force A-10 warplanes completed their “revenge” mission and returned to Turkish airspace, US Army Colonel Warren in Baghdad then “blatantly lied” when he released a statement saying Aerospace Forces had just bombed two hospitals in Aleppo—which then caused Defense Ministry spokesman Igor Konashenkov to retaliate against by stating that “Yesterday, at 13:55 Moscow time (10:55 GMT), two American A-10 assault aircraft entered Syrian airspace from Turkey, flew right to the city of Aleppo and bombed targets there.”

MoD spokesman Konashenkov further pointed out that Colonel Warren forgot to mention either hospitals’ coordinates, or the time of the airstrikes, or sources of information, “absolutely nothing”.

The true facts though, this report notes, Konashenkov gave by stating: “No Russian warplanes carried out airstrikes in Aleppo city area yesterday. The nearest target engaged was over 20km away from the city” and he, also, openly stated to the international press corps: “I’m going to be honest with you: we did not have enough time to clarify what exactly those nine objects bombed out by US planes in Aleppo yesterday were, we will look more carefully.”

The “careful looking” into what exactly these two US Air Force A-10 warplanes targeted, as Konashenkov stated yesterday would be done, this report continues, revealed their “revenge targets” to be all of the major command and control centers manned by Turkish intelligence (MIT) operatives in Aleppo supporting the terrorist group al-Nusra Front who have been the main recipients of aid from Turkey. 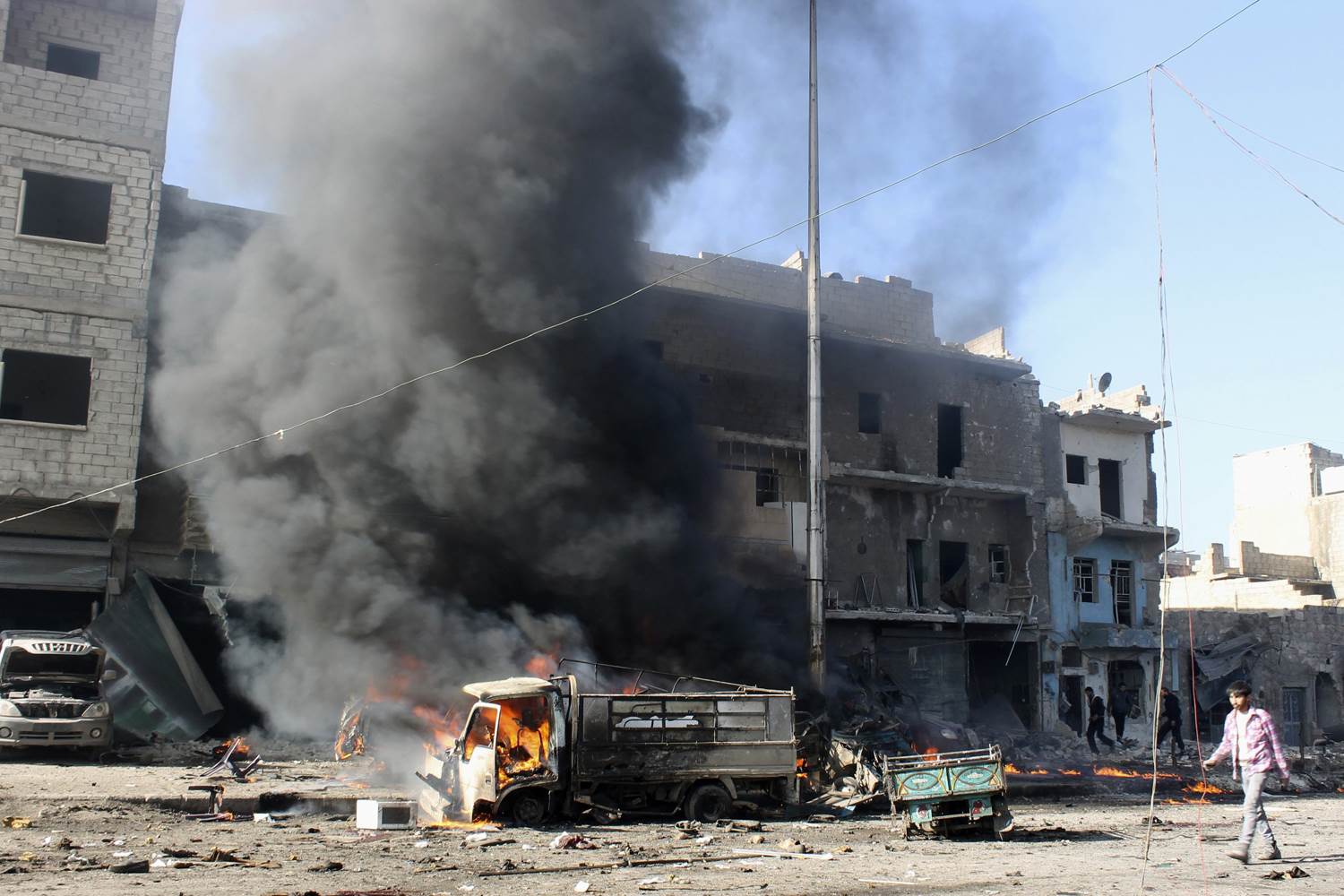 And even though the Obama regime deceitfully, and clumsily, attempted to shift their destruction onto Russia, this report says, their effort failed and generated an immediate backlash from Turkey’s president Recep Tayyip Erdogan, who though still failing to publically acknowledge his nations murdering of 12 US Marines, nevertheless castigated the Obama regime in an angry tirade that started with “Ey America!” and continued on with him stating: “I told you many times, you are [either] beside us, or all of these terrorist organizations. You haven’t had a good grasp of them, and that is why the region has turned into the sea of blood,”

Erdogan further railed against the Obama regimes support for the Syrian Kurdish Democratic Union Party (PYD) and its militia wing, the People’s Protection Units (YPG), which the does not recognize as terror groups, this report says, by warning: “We have written proof! We tell the Americans ‘it’s a terror group.’ But the Americans stand up and say ‘no we don’t see them as terror groups.  Allies don’t tell each other my enemy’s enemy is my friend. You must have principles. But there are no principles here.”

Even worse, this report notes, so angered is Erdogan because of the Obama regimes destruction of his entire intelligence operation in Aleppo aiding these terrorists, he has further stated he is preparing to unleash upon the West an even greater refugee crisis by expelling from Turkey all of Syria’s refugees—and of whom the MoD is now warning is being filled with thousands of terrorist killers fleeing from Aleppo, that is nearing liberation, and who have dropped their weapons and are now pretending to be civilians. 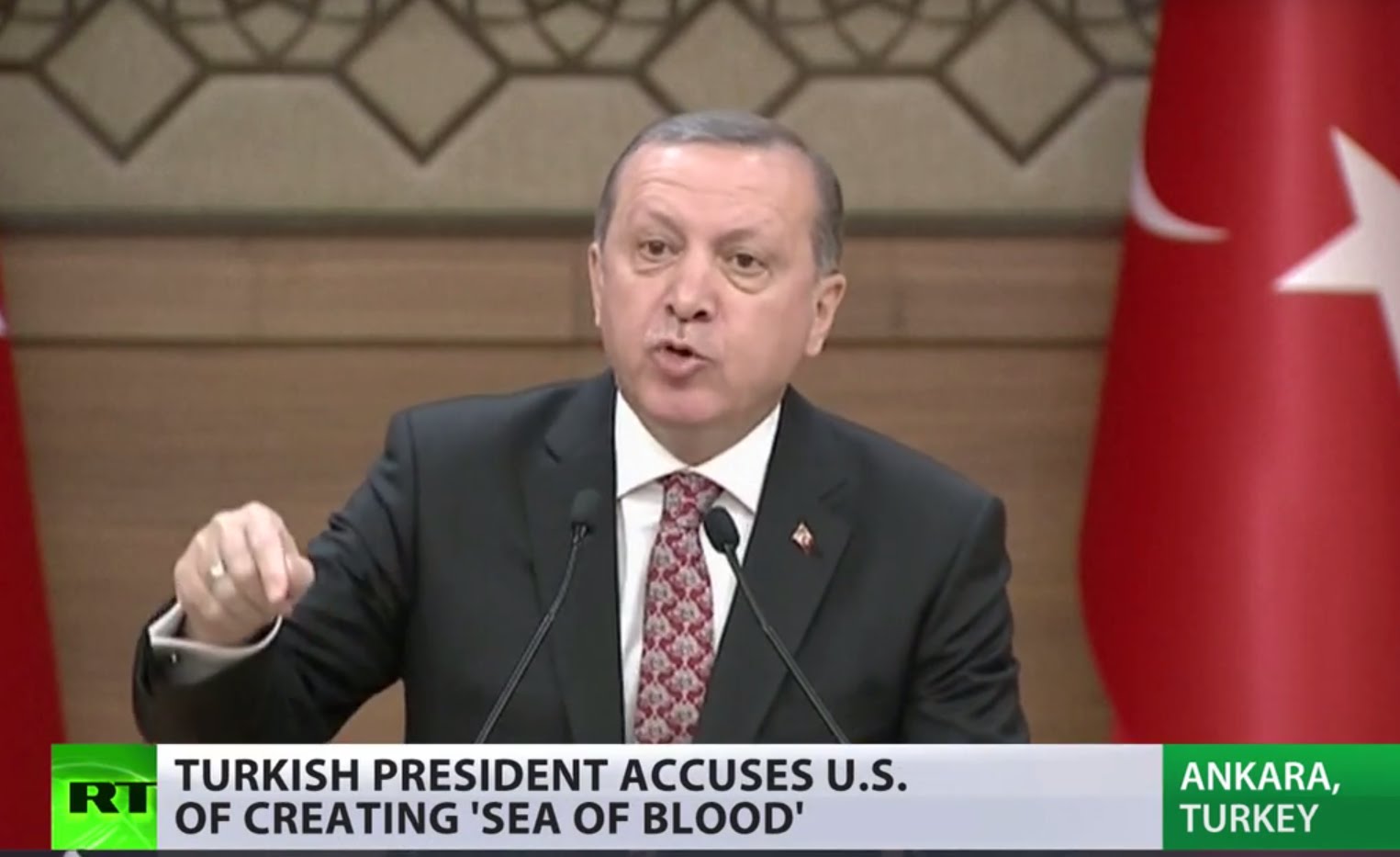 But as to how pathetic the Obama regime has actually become in provoking such “duplicity and misery”, this report concludes, was left to MoD spokesman Konashenkov to articulate, and who said:

“We have lately heard advice from the Pentagon on the necessity to change our strategy in Syria to ‘help’ the United States attain political transition of power there. We will remind especially for such advisors that the aim of our operation in Syria is to destroy terrorism - direct and clear threat to security of our country and the world. We never had and never will have any other ‘strategies’.

We have [though] clearly seen over the last five years the results of Washington’s strategies of ‘political transitions’ in the Middle East near Russian borders, and instead of ‘triumph of democracy’, there is devastation, blood, refugees everywhere.

Is this why foreign strategists are now talking about the necessity of launching ground operations in Syria and Libya? Maybe these advisors should better stop making the same mistakes over again?”

But then again, and there is mounting evidence to support it, it is entirely feasible that the Obama regimes main goal is to destroy both Turkey and Saudi Arabia—and which if that should happen would, finally, would bring peace to the Middle East as the Americans would finally have what they’ve wanted all along---oil. 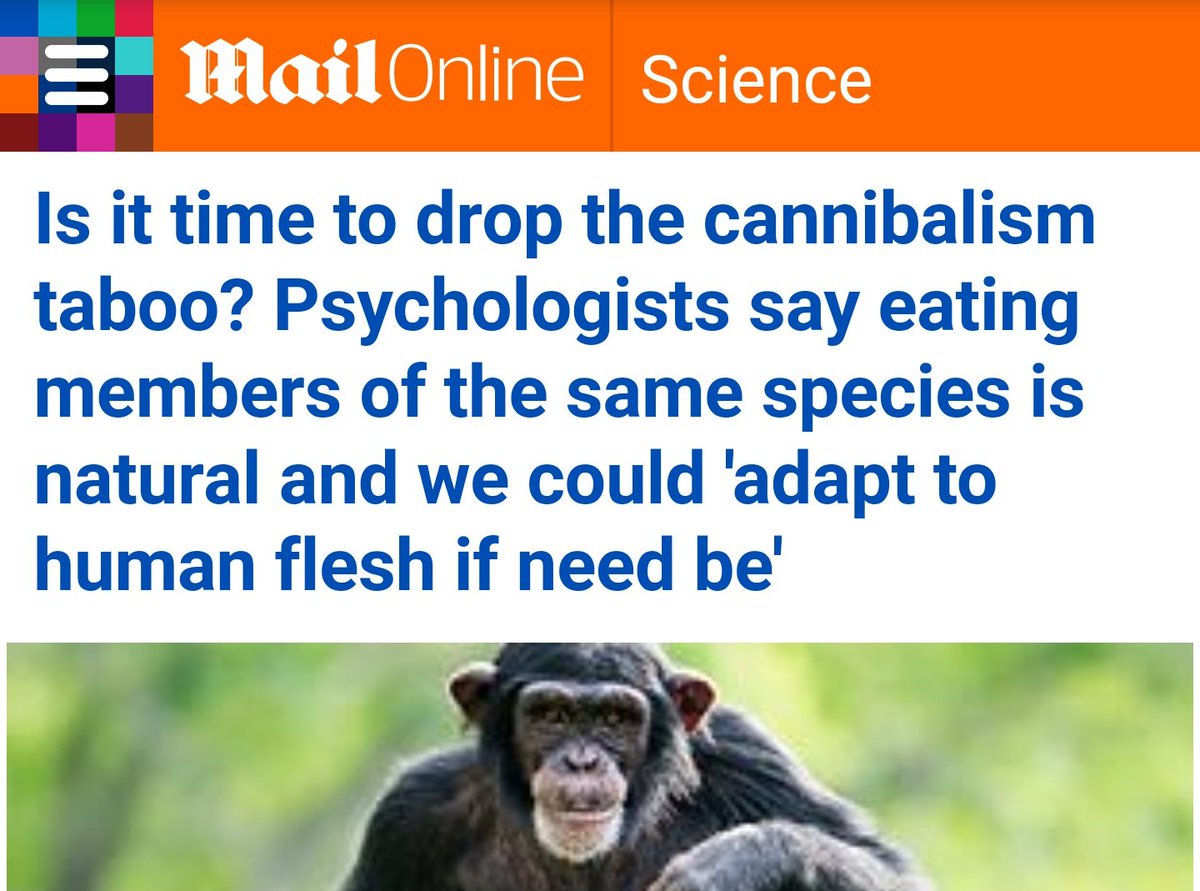 February 11, 2016 © EU and US all rights reserved.  Permission to use this report in its entirety is granted under the condition it is linked back to its original source at WhatDoesItMean.Com. Freebase content licensed under CC-BY and GFDL.