A highly-classified “Of Special Importance” new Security Council (SC) report circulating in the Kremlin today discussing events relating to Day 46 of the election war currently raging in America, first sees Security Council Members reviewing a Foreign Intelligence Service (SVR) file relating to the mysterious Tuesday morning shooting in the Washington D.C. metro of a suspected Communist Chinese operative by an FBI agent—that was followed, within 24-hours, by President Donald Trump convening a closed meeting of his Cabinet in the White House—that was followed by top White House advisor Dan Scavino posting a picture of President Trump sitting in an Oval Office meeting with the words: “Historical moment in the Oval—will share what it was, one of these days, when I can…”.

War moves coming at the exact same time a frightful new study has found that a staggering 77% of the American people are saying that 2020 has pushed their country into an “existential crisis”—and even more ominously, sees it being warned that these Americans are now in full revolt against tyrannical socialist Democrat Party pandemic lockdowns and have begun organizing themselves—that in historical terms proves, beyond all doubt, that these American people are preparing themselves and their minds for revolution, with the last component needing to be put into place who is going to lead them—and everyone of sound mind knows will be President Trump.  [Note: Some words and/or phrases appearing in quotes in this report are English language approximations of Russian words/phrases having no exact counterpart.] 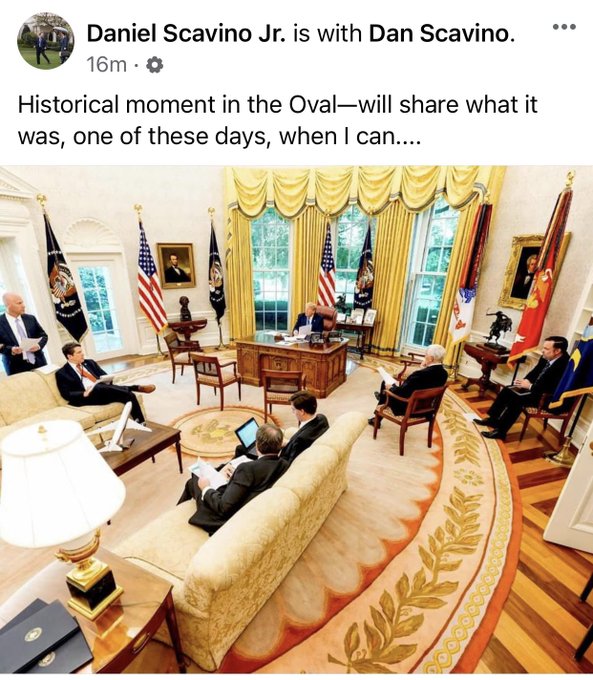 According to the very limited portions of this highly-classified report permitted to be openly discussed among the various ministries, with shocking newly released FBI texts proving that the American people were blatantly lied to by their top government officials and leftist mainstream media about when the plot to investigate then presidential candidate Donald Trump actually began, what remains to be understood by them is that what they have witnessed over the past four years has been a “revolution”—which is the word used to describe an overthrow of an established government—and in fighting back against to preserve the established government, makes President Trump a “counter-revolutionary”—which is anyone who opposes a revolution, particularly one who acts after a revolution in order to try to overturn it or reverse its course, in full or in part.

Which is why, this report explains, as in all such conflicts like what is now occurring in America, war tacticians always look for what is known as the “tipping point”—the point in time when the greater masses of people rapidly and dramatically changes its behavior—and has now been reached in America, as conclusively evidenced by them being in full revolt against the tyrannical socialist “revolution” pandemic lockdowns.

A “counter-revolution” revolt, this report continues, that socialist “revolution” forces are responding to by attempting to drag into this conflict—best exampled by the hysterical leftist Washington Post article: “Russia Hasn’t Just Hacked Our Computer Systems. It’s Hacked Our Minds”, that begins with the lying statement: “The more we learn about the recent hack into dozens of America’s most critical computer networks — widely attributed to Russia — the more it becomes clear that it is massive, unprecedented and crippling”—a blatant lie disguised in the statement “widely attributed to Russia”, but that fails to mention the fact that in the joint statement released by the FBI and the US intelligence community, Russia is neither blamed nor even mentioned—though to understand what is really happening, it was stated by one US official, who said on condition of anonymity: “This is looking like it's the worst hacking case in the history of America…They got into everything”—and as previously documented by the Security Council, this “everything” someone now has includes all of the computer evidence proving how this election was stolen. 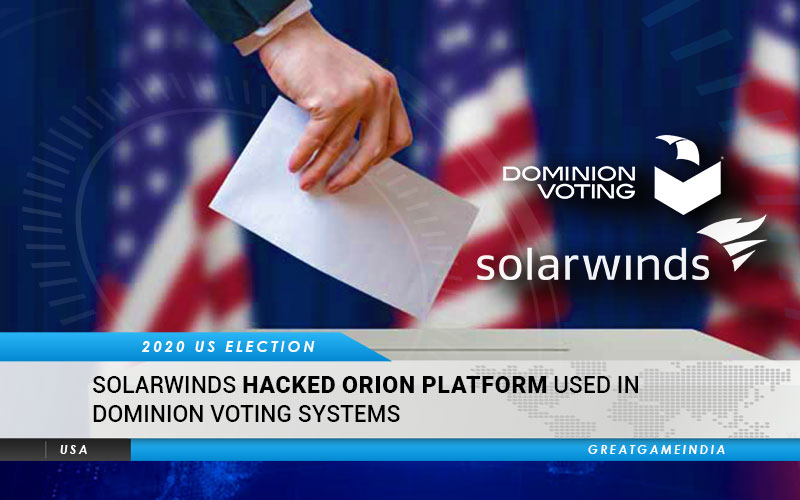 As an example of how farcical this election war has become, this report concludes, this was best evidenced yesterday when Communist Chinese socialist-revolutionary Democrat Party puppet leader Joe Biden said about his son Hunter Biden’s criminal probes: “I think it's kind of foul play, but look, it is what it is and he's a grown man, he is the smartest man I know – I mean from a pure intellectual capacity – and as long as he's good, we're good”—a nonsensical statement President Trump responded to with the cryptic message: “I have NOTHING to do with the potential prosecution of Hunter Biden, or the Biden family…It is just more Fake News…Actually, I find it very sad to watch!”—an exchange that was then hilariously followed by the United States Supreme Court slow walking Super Lawyer Sidney Powell’s election lawsuit by them saying the States don’t have to respond until 14 January, which is after the 6 January election certification date—and when hearing about, caused Super Lawyer L. Lin Wood to erupt in fury posting such messages like “In discussing @realDonaldTrump in phone conversation in 8/19, Justice John Roberts stated that he would make sure “the mother f#*ker would never be re-elected” and “I have long had questions about “the John Roberts” on Jeffrey Epstein private jet flight logs…I suspected it was our Chief Justice”—a statement by Super Lawyer Wood, however, that sent shock waves throughout America, because he basically admitted that President Trump has in his possession secret phone conversations of his enemies—which explains why Communist Chinese bought and paid for operative Georgia Secretary of State Brad Raffensperger suddenly ordered a signature match audit of ballots in his State yesterday—and further explains why newly elected US Senator Tommy Tuberville is said to be preparing to join US Congressman Mo Brooks in challenging the results of this election in the US Congress on 6 January—but most amusing of all to watch, was One America News being the only network to explain the simple truth that Biden isn’t president-elect of anything, and that President Trump can still be declared the winner. 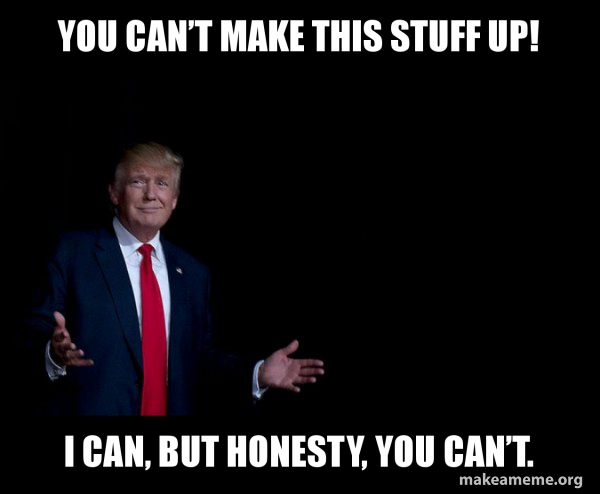 December 18, 2020 © EU and US all rights reserved. Permission to use this report in its entirety is granted under the condition it is linked to its original source at WhatDoesItMean.Com. Freebase content licensed under CC-BY and GFDL.