A somberly worded new Security Council (SC) report circulating in the Kremlin today discussing how the socialist Democrat Party supporting leftist mainstream propaganda media establishment is desperately trying to dig up their failed Russiagate Hoax with lying articles in yet another demonic attempt to destroy President Donald Trump, says first to note is their failing to heed the warming of award winning Rolling Stone leftist editor Matt Taibbi, who in his scathing article “It's Official: Russiagate Is This Generation's WMD” told his comrade journalists the truth that: “The Iraq war faceplant damaged the reputation of the press…Russiagate just destroyed it”—a warning not heeded as best evidenced by the lying Politico leftist article “Russia Is Back, Wilier Than Ever”, wherein the only truthful fact was that “state-owned Russian media has millions of U.S. readers online”, thus exposing what is really causing this leftist media rage.

A rage, however, grossly being misplaced, as first and foremost the leftist media should be asking themselves why millions of US readers are even getting their news from Russia—numbers that are astonishing to see, with this fact being best exampled by the Trump-hating top ten news site in America called the Drudge Report having just posted a staggering drop of 200,000,000  - 2 hundred million - monthly readers—which makes sense, because the evidence continues to grow proving that the American people aren’t as stupid as these leftists believe them to be—peoples who were confronted yesterday by the Drudge Report blaring at the top of its page the results of the latest Fox News poll lyingly claiming that Joe Biden is ahead of President Trump in the polls 51%-46%-.

But when the American people looked into how this poll was conducted, they discovered that this FOX News used 49% Democrats, 46% Republicans and only 5% Independents in their poll—that makes it a lying poll, because, as of the 30-July to 12 August-2020 survey conducted by Gallop, the true makeup of voters in America sees 26% of them being Republicans, 31% of them being Democrats, and 41% of them being Independents—and is a lying poll so blatant, it explains why over 50% of the people in this distorted for political reasons Fox News poll said President Trump will win this election.

Most dangerously what these leftist media monsters are doing now, however, is publishing articles like “Right-Wing Conspiracists Linked Antifa To The Wildfires. Then They Got A Big Boost From Russian Media”—a “boost” not given at all by the Russian media, as all they did was reprint an article written by the main news source for American police officers, called Law Enforcement Today, that was titled “Sources: Series Of Wildfires On The West Coast May Be Coordinated And Planned Attack”—that caused the FBI to issue an urgent bulletin stating: “Reports that extremists are setting wildfires in Oregon are untrue…Help us stop the spread of misinformation by only sharing information from trusted, official sources”—immediately after which Law Enforcement Today changed the title of their article to read “Arson Arrests Made Across The West Coast As Fires Rage On” and saw social media giant Facebook declaring: “We are removing false claims that the wildfires in Oregon were started by certain groups”—actions all joined by the socialist State of Oregon suddenly placing its top fire official Marshal Jim Walker on paid administrative leave, after which he was forced to resign.

As these massive and historic wildfires continue to rage across the socialist Democrat Party iron-gripped controlled States of California, Washington and Oregon, the death toll has now reached 35—with 24 of these deaths being reported in California—and in Oregon, sees its top officials warning that they are now “Preparing For A Mass Fatality Event”—that under international law sees the deliberate killing of a large group of people being classified as “genocide”—and in considering this grave crime against humanity, these massive deadly wildfires would have been preceded by numerous examples of an organized group operating in California, Washington and Oregon attacking and burning everything they could.

A description under international law exactly fitting the Antifa terrorist organization, that over the past several months have burnt down hundreds of public buildings and businesses throughout America—one of whose terrorist members named Christine Comello, living in Spokane-Washington even posted a picture of herself preparing to start fires saying “Feeling Cute, Might Burn All Your Shit Later”—who is just one of the 31 believed to be Antifa terrorists that have so far been arrested for starting these deadly genocidal wildfires—and sees the arrests of these Antifa terrorist arsonists being kept hidden from the American people—even to the extent that a Clackamas County-Oregon sheriff’s deputy has just been  placed on administrative leave after he posted a video of Antifa terrorist arsonists starting fires in his area—though to fully appreciate the unprecedented terror now gripping the socialist Democrat Party leaders in America, one need only read the chilling just released article “One Million Fire Refugees In Oregon Forming “ARMY” To Forcibly Overthrow State Government And “Take Back” The State”.  [Note: Some words and/or phrases appearing in quotes in this report are English language approximations of Russian words/phrases having no exact counterpart.] 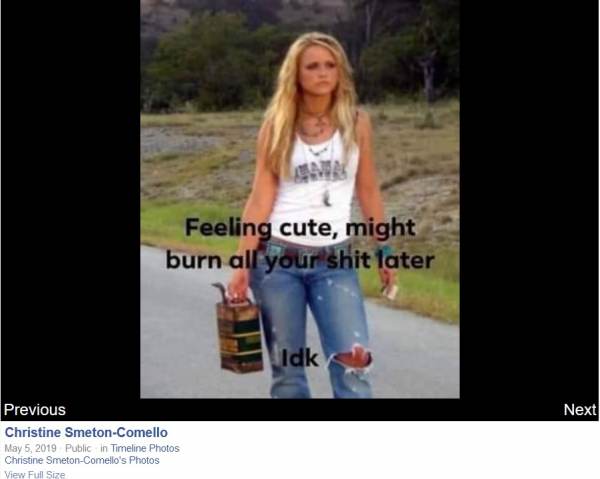 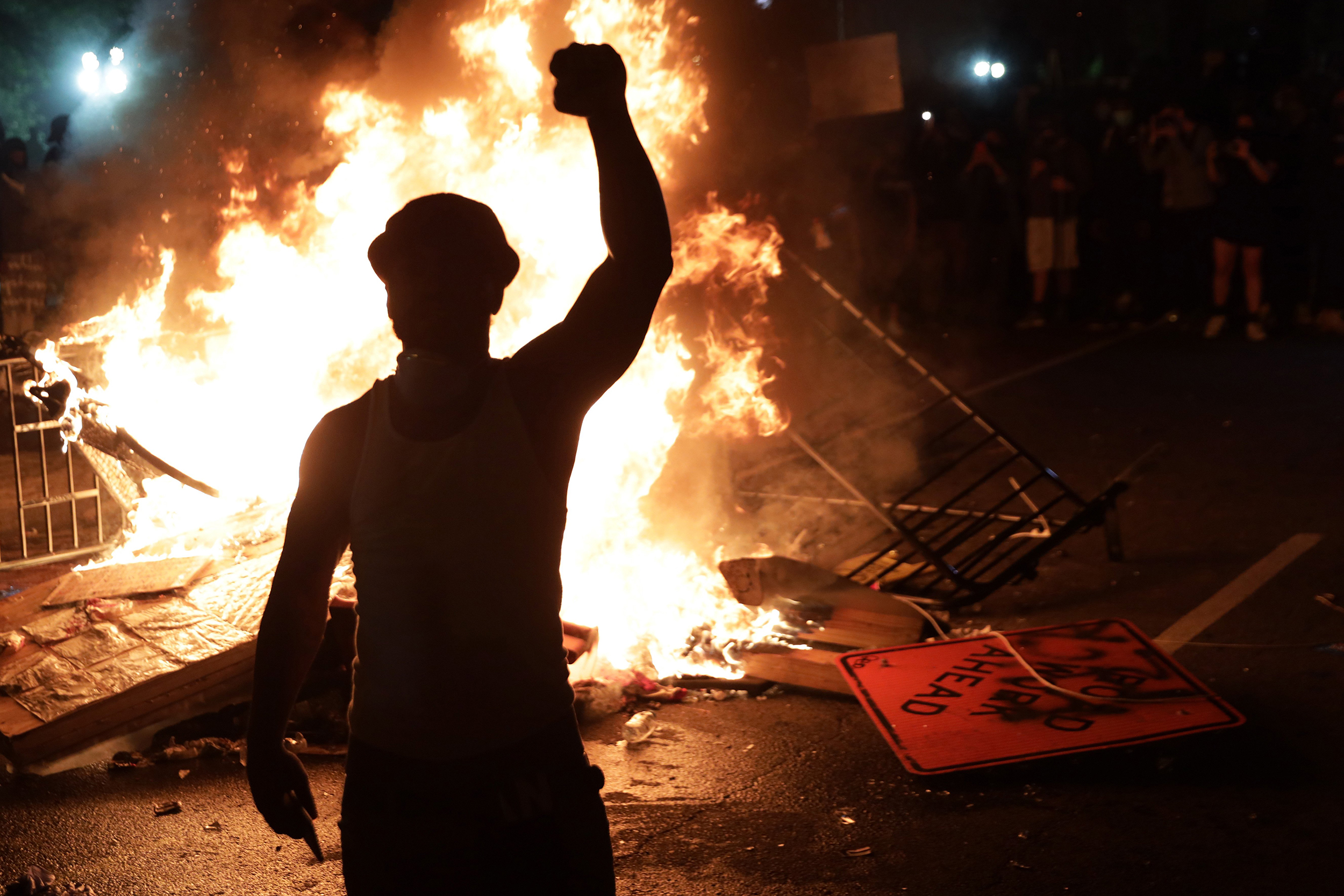 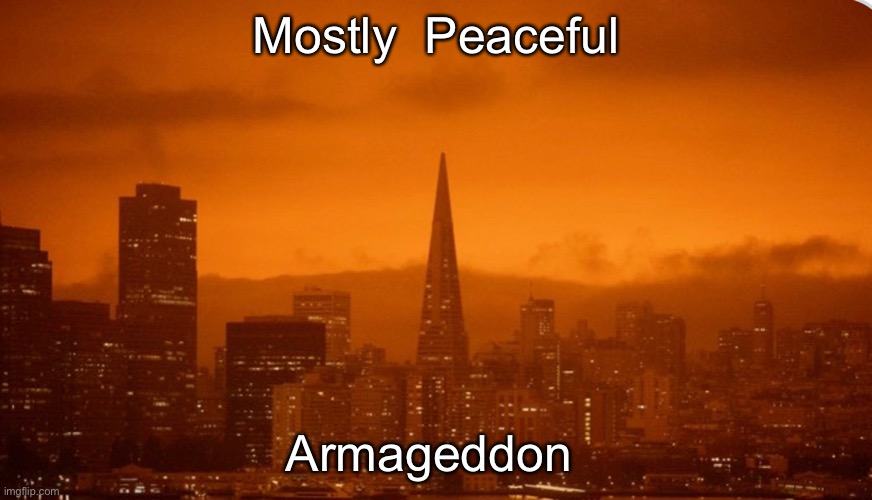 Today as Antifa terrorist arsonists lay siege to the once peaceful small rural city of Lancaster-Pennsylvania as an example to the Americans that none of them are safe, this report concludes, the lying leftist mainstream propaganda mainstream media would do well to remember that it was Russia that warned them all of what was soon to come—a warning issued this past February-2020 when Russian intelligence services noted that the Antifa terrorists that were derailing trains in Canada had also begun derailing trains in the United States—and explains why now all of the trains going to the major West Coast shipping ports in California, Washington and Oregon have now stopped—and for anyone daring to try telling the American people the truth about anything, the leftist media mob descends upon them with full fury—with this being best exampled by what has happened after these “Biden Baby Rapers” and their child pornography Netflix film “Cuties” was exposed, it saw the leftist media mob descending upon top Republican Party leader US Senator Ted Cruz like crazed demons calling him a QAnon conspiracy theorist—a leftist media QAnon conspiracy theorist branding also now being thrown on anyone daring to tell the truth about Antifa starting these wildfires—though in reality, all these godless leftist media demons are capable of doing is inventing bogeymen to scare people—people they despise as being stupid and ignorant enough to believe them—but are fast learning are American people that would rather know the truth, no matter who tells them. 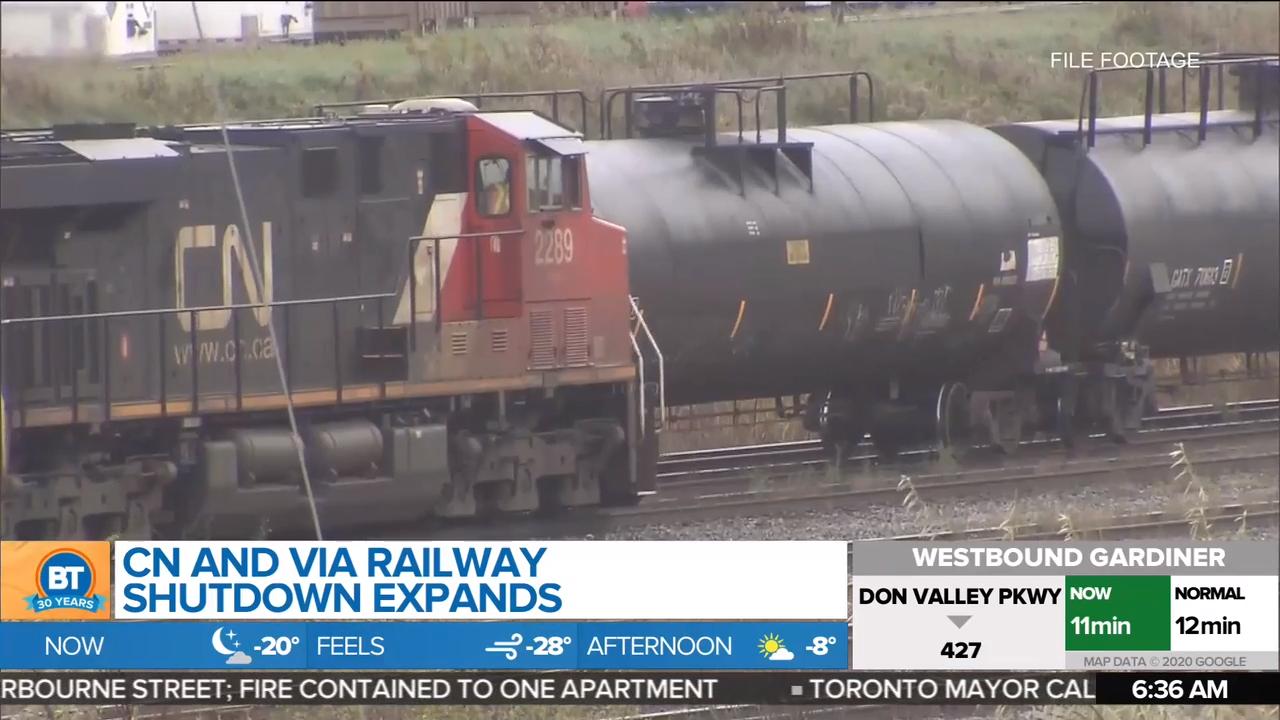 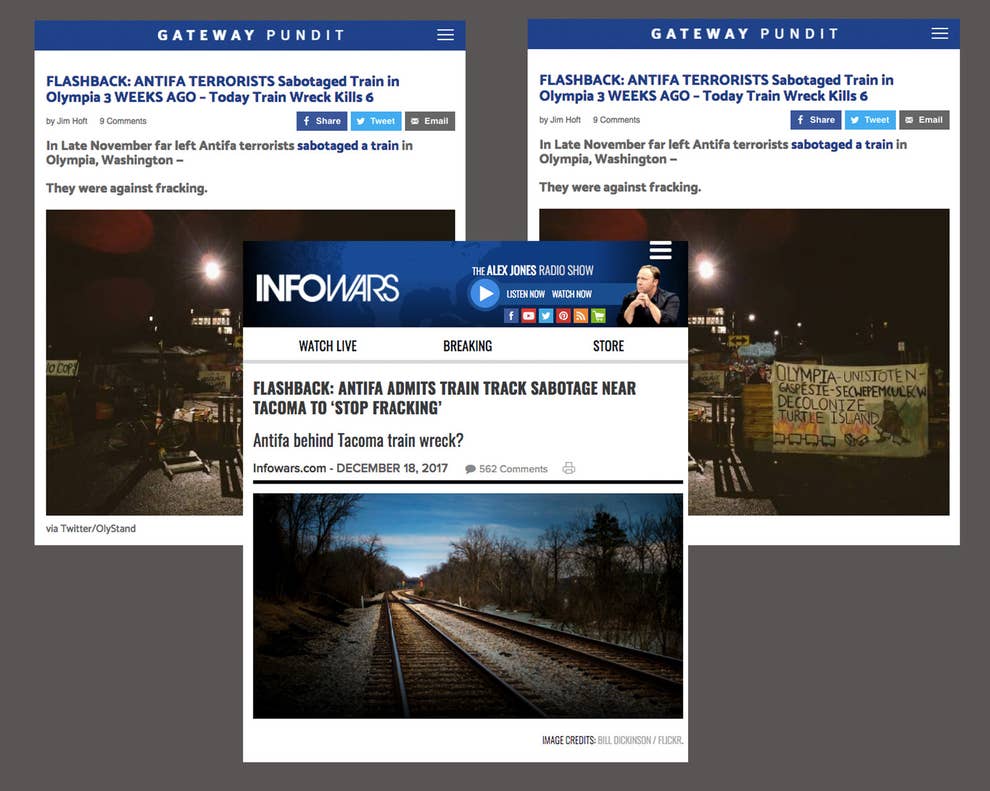 Yes, Antifa terrorists who derail trains and burn down cities are going to start massive wildfires—it’s what they do.

September 14, 2020 © EU and US all rights reserved. Permission to use this report in its entirety is granted under the condition it is linked to its original source at WhatDoesItMean.Com. Freebase content licensed under CC-BY and GFDL.