Back in 2006, I attended a series of lectures at the Sorbonne given by the noted Stanford University mathematician David Wigner, PhD, who during his after lecture question and answer period, graciously gave his time explaining the intricacies of the mathematical models he was presenting—though the one question he answered that has anchored itself in my mind ever since was when a young woman asked him what books had the most influence on him, and why—a question Dr. Wigner quickly answered by saying that the two most influential books in his life were The Bible and Alice's Adventures in Wonderland—both of which he said his father made him read, because, his father said, if you understood them both, you could understand everything.

This seemingly surprising answer becomes more understandable when knowing that Dr. Wigner’s father was Eugene Wigner—the Hungarian-American theoretical physicist and mathematician who, in 1963, received the Nobel Prize for his contributions to the theory of the atomic nucleus and the elementary particles, particularly through the discovery and application of fundamental symmetry principles-- participated in a meeting with fellow physicists Leo Szilard and Albert Einstein that resulted in the Einstein-Szilard Letter, which prompted President Franklin D. Roosevelt to initiate the Manhattan Project to develop atomic bombs—famously refused to have his fingerprints taken because they could be used to track him down if Germany won World War II, with his later in life recalling “Thoughts of being murdered focus your mind wonderfully”—about physics once remarked that “it has given us the ability for a deeper understanding of nature, this leading to a more carefree life both materially and also spiritually”—and pertinent to our discussion today, in 1961 outlined a thought experiment that demonstrated one of the lesser-known paradoxes of quantum mechanics that there’s no such thing as objective reality—that in 2018 was scientifically proven to be true. 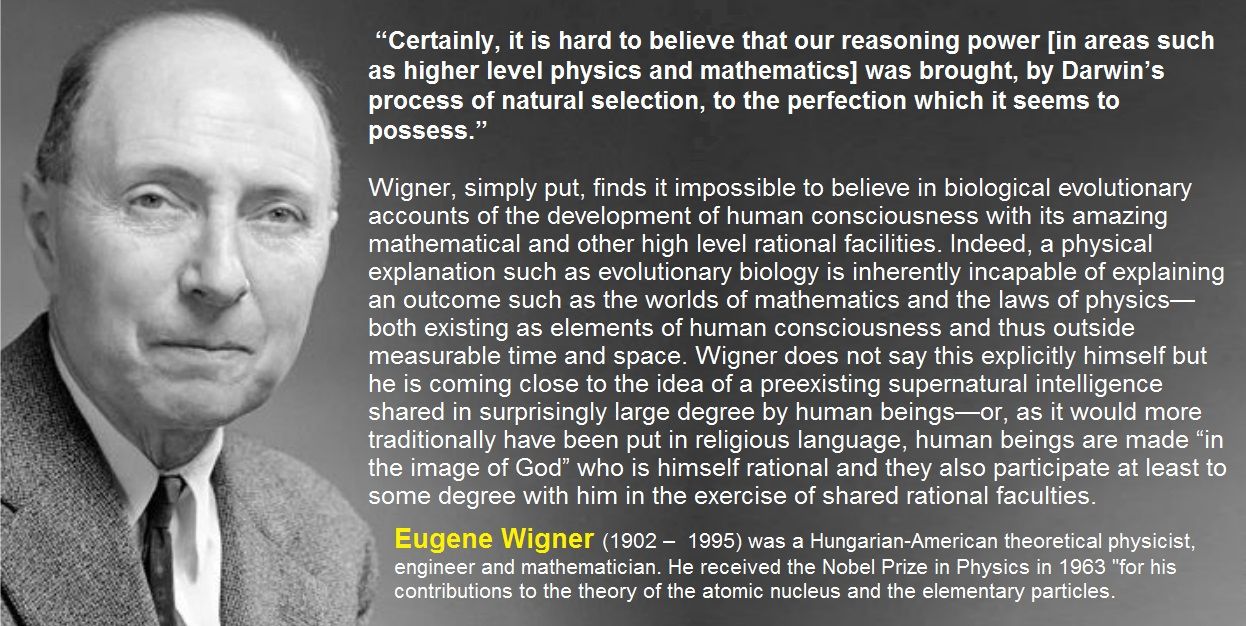 Two days ago, I found my mind rushing back to those memories of Eugene Wigner after I read the article “Partisanship Has Untethered Americans' Minds From Objective Reality” that included this passage: “The question we face in this age is whether it is possible to maintain a civil society with an abundance of people embracing an alternative reality…Fanatics, eccentrics, lunatics and so on have been a part of human society since the beginning…The issue today is one of scale…Those leaky simulations have burst open and our reality is now flooded with berserk imitations of normal people, acting on a sense of reality that is at odds with objective reality…We’re being overrun by simulacrum”.

The substance of this writer’s fear of America “being overrun by simulacrum” (a representation or imitation of a person or thing) as its citizens embrace “alternative realities” at odds with “objective reality”, can be found in watching Fox News then turning to CNN—just two of the many examples I can give, but when viewing, one can plainly see that there are two different realities being presented that are irreconcilable with each other—both sides of which are supported by what is known as “confirmation bias”—which is the human mind’s tendency to search for, interpret, favor, and recall information that confirms or supports one's prior beliefs or values—and is an important type of cognitive bias that has a significant effect on the proper functioning of society by distorting evidence-based decision-making.

What this writer is overlooking, though, and as Eugene Wigner, or for that matter any physicist would tell them, is that it’s perfectly reasonable to believe in simultaneous and conflicting “objective realities”—thus meaning that Fox News and CNN can’t be viewed as being different from each other, rather they’re a “paradox”—an actual absurdity that when investigated and explained, proves to be well founded and true—and as conclusively scientifically proven by physicist Massimiliano Proietti at the Heriot-Watt University in Edinburgh-Scotland and his colleagues—who for the first time in history performed an experiment devised by Caslav Brukner, at the University of Vienna in Austria, who came up with a way to re-create Eugene Wigner’s experiment in the lab by means of techniques involving the entanglement of many particles at the same time, which proved that “simultaneous realities can coexist even though they produce irreconcilable outcomes”—and as more simply explained by MIT scientists: “Physicists have long suspected that quantum mechanics allows two observers to experience different, conflicting realities…Now they’ve performed the first experiment that proves it”. 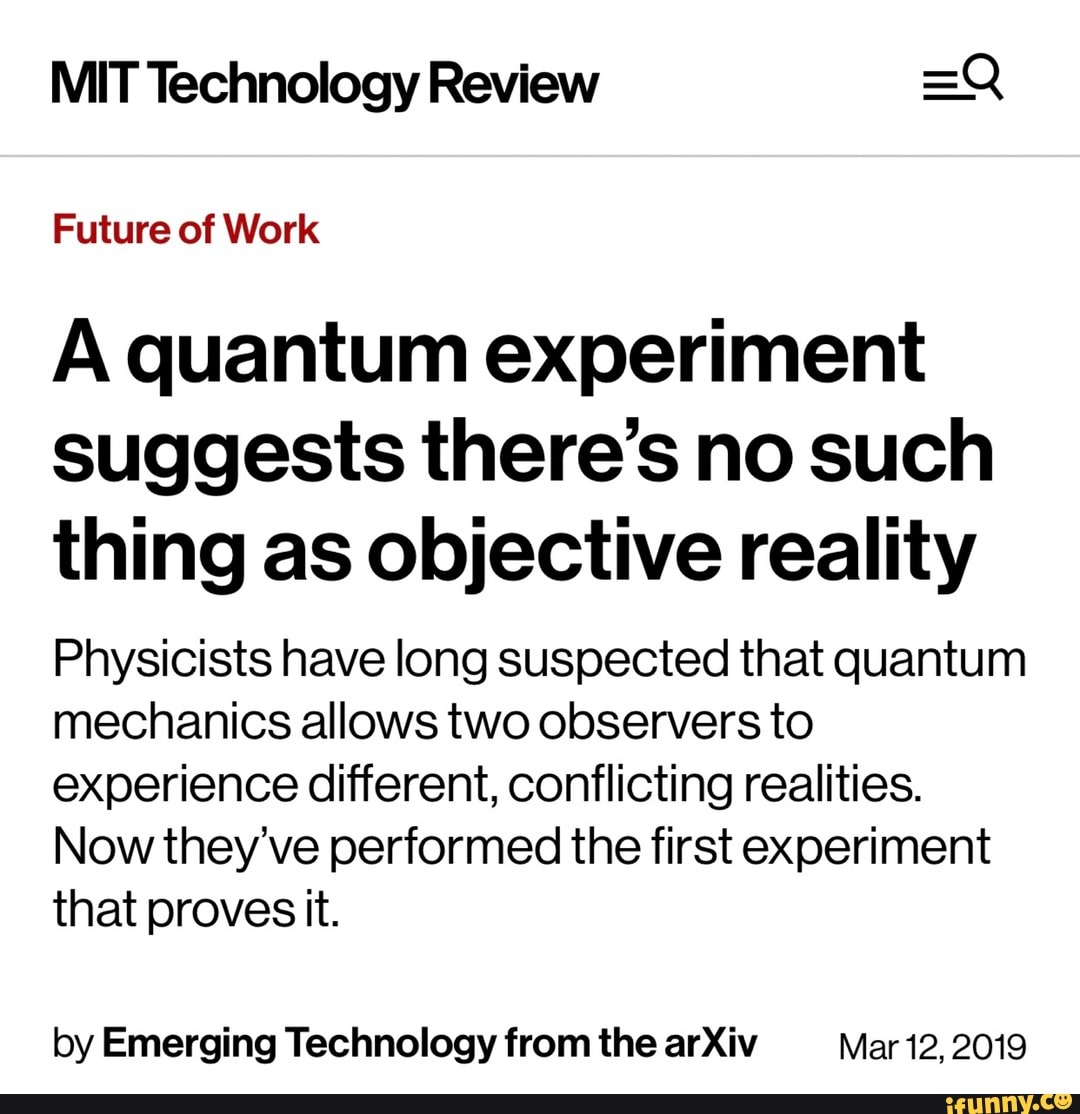 The scientific proof showing that “objective reality” doesn’t exist involves one of the lesser-known paradoxes of quantum mechanics about the strange nature of our universe that allows two observers to experience different realities—which led to Eugene Wigner’s original thought experiment that began with a single polarized photon that, when measured, can have either a horizontal polarization or a vertical polarization, but before the measurement, according to the laws of quantum mechanics, the photon exists in both polarization states at the same time—a so-called superposition—and in the experiment conducted by Massimiliano Proietti and his team of physicists, saw them using six entangled photons to create two alternate realities—with the equally as astounding finding of this historic experiment being its further proving what is known as “quantum entanglement”—that Albert Einstein called “spooky action at a distance”—which shows when two particles are joined together and then separated, they instantly communicate with each other no matter what the distance, even if they are separated by the width of the entire universe—a mysterious connection that defies all known laws of physics, most particularly the speed of light, but keeps repeatedly being proved is true—and are particles that make up everything in our universe—including the human mind and body.

Where all of this leads us to is one of the two books Eugene Wigner told his son was most important to know about and read, Alice's Adventures in Wonderland—one of the most popular books ever written in history, that since its publication in 1865 has never gone out of print, has been translated into at least 97 languages, and was written by the English author Lewis Carroll—though most critical to know about is that his real name was Charles Lutwidge Dodgson—who was one of the most accomplished and published mathematicians of his era recognized for his Symbolic Logic Part II that introduced the Method of Trees, the earliest modern use of a “truth tree”, as well as his being the creator of the algorithm known as the “Dodgson Condensation”.

During the early 1860s, the genius mathematician Charles Dodgson began discovering equations he at first believed couldn’t possibly be true because they not only defied all common sense and logic, they went against every known scientific principle known—but after repeatedly coming up with models proving these equations were true, and his knowing that neither science or technology had progressed enough for him to even begin thinking of how to devise experiments to further prove them, saw him wrestling with himself as to what to do next—which as the world now knows, saw him creating his alternative persona Lewis Carroll and placing all of his mathematical equations into an allegory tale of what it was like when a young girl named Alice “fell down the rabbit hole” into a nonsensical world where she was greeted by a Cheshire Cat telling her “We're all mad here”—and after Alice had undergone so much change “down the rabbit hole” in so little time that she didn’t know who she was anymore, she astutely observed: “Who in the world am I? Ah, that's the great puzzle!”—a question in reality asked by mathematician Charles Dodgson through his fictional character Alice after he glimpsed in his equations the quantum universe—is a question that’s been asked by every physicist and mathematician ever since then—most particularly by renowned American physicist Dr. Robert Gilmore, who wrote the book Charles Dodgson couldn’t, and gave it its proper name: “Alice in Quantumland”. 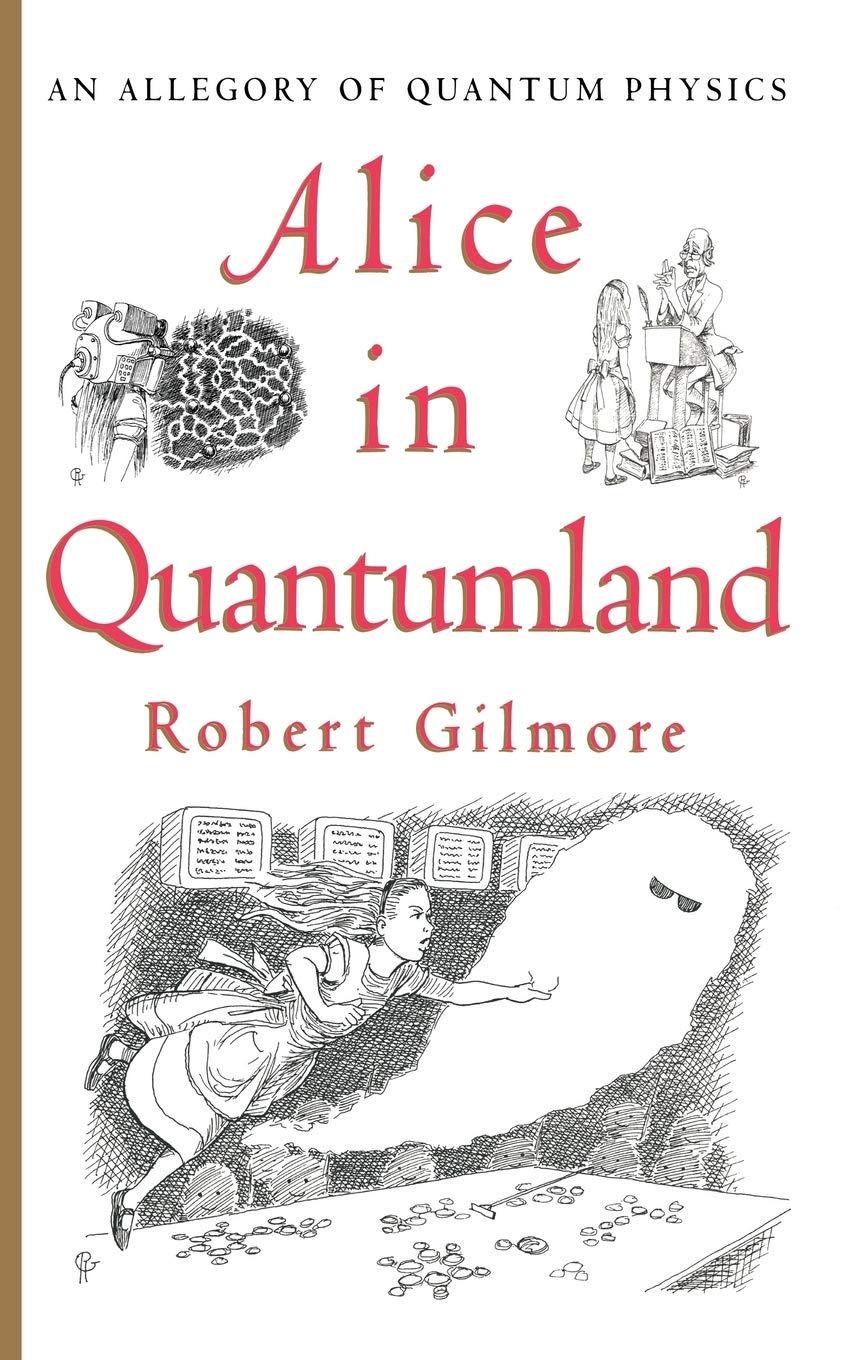 Why Eugene Wigner had his son know about and read what he considered to be one of the two most important books ever written called The Bible, becomes understandable when you know it’s actually the oldest text ever written on the quantum universe and how it works—where within its tens-of-thousands of verses, can be found words and phrases known to all physicists, such as:

By faith we understand that the universe was created by the word of God, so that what is seen was not made out of things that are visible. (Hebrews 11:3)

Unlike Charles Dodgson who had to use his Lewis Carroll persona to describe the quantum universe in his Alice's Adventures in Wonderland allegory, Niels Bohr didn’t have to—as this Nobel Prize winning physicist, who’s considered one the greatest minds in human history, had at his disposal the scientific and technological means to peer into the depths of the quantum universe—and in seeing, saw him trembling with fear while saying: “If quantum mechanics hasn't profoundly shocked you, you haven't understood it yet”—a fear based on Bohr not only knowing that “objective reality” doesn’t exist, but his also knowing the full and terrible implications of the meaning of the Bible verse Sister Ciara cited to begin her letter “Eyes Wide Shut” Transformation Of America Being Led By “Rulers Of The Darkness Of This Age” she sent to you yesterday—and was Verse 12 found in Chapter 6 of the New Testament Book of Ephesians that warns: “For we do not wrestle against flesh and blood, but against principalities, against powers, against the rulers of the darkness of this age, against spiritual hosts of wickedness in the heavenly places.”—and for those of you unknowing about these things, is a warning that there exists in our world an “alternative reality” of evil and darkness.

The most important thing to notice about these two sides is that the one using fear and emotion is doing everything in its power to wipe out and silence the other side using facts and truth—while the side using facts and truth are not trying to silence, blacklist, boycott or censor anyone—which should give you the first clue as to which of these sides is working to help you, and which one isn’t.

We, of course, are on the side of facts and truth, and unless you choose our side we’ll disappear like so many thousands of others of our kind have—after which you know the only side that will be left standing.

This doesn’t have to happen, and won’t if you only start supporting those of us trying to help you—the other side doesn’t even want your help, they don’t even ask you for anything—which should cause you to ask why they don’t?

I’ll leave you with that to ponder over as you decide what you’re going to do—but if you do turn away from us now in our hour of need—will you honestly ask yourself who you’re turning towards and why?