“For we do not wrestle against flesh and blood, but against principalities, against powers, against the rulers of the darkness of this age, against spiritual hosts of wickedness in the heavenly places.”

In three days time, our world will mark the 26 July birth anniversary of two of the most influential people in modern history—Carl Jung (born 26 July 1875-died 6 June 1961) and Stanley Kubrick (born 26 July 1928-died 7 March 1999)—and about whom this quote will prove instructive as we progress: “If you were to mix brilliance and creative in what one might call a modern day alchemist - among the most noted in the 20th Century would be Carl Jung and Stanley Kubrick, who happen to share the same birthday, July 26.  These are not the alchemists of old who wanted to turn metal into gold, but men who moved the alchemy of consciousness in time up another notch as we awaken”.

Carl Jung was the Swiss psychiatrist and psychoanalyst who founded analytical psychology, and is best known for his psychological concepts synchronicity, archetypal phenomena and the collective unconscious—while Stanley Kubrick was the American film director, screenwriter, producer, and photographer frequently cited as one of the most influential filmmakers in cinematic history, among whose best known films are Dr. Strangelove or: How I Learned to Stop Worrying and Love the Bomb, 2001: A Space Odyssey, A Clockwork Orange and The Shining.

As reality is always much stranger than fiction ever can be, I find it more than interesting that Carl Jung and Stanley Kubrick have virtually exploded onto the scene in our present world during the current coronavirus pandemic crisis—specifically as it applies to this quote about the occult power of masks that says: “The transformative power of the mask can be explained in Jungian terms…A mask connects its wearer to archetypal powers residing within the collective unconscious”.

Known to both Carl Jung and Stanley Kubrick, the wearing of masks in rituals and ceremonies is as old as humanity itself—though the modern day occult usage of masks began during the German occult revival of 1880–1910—an occult revival that led to many books being written, such as Hitler’s Monsters: The Occult Roots of Nazism and the Emergence of the Nazi ‘Supernatural Imaginary’—and was led by Russian occultist Helena Blavatsky, who promoted the idea of certain humans being descended from Aryan god-men—with H.P. Blavatsky then founding the Theosophical Society joined by Rudolf Steiner, who himself was the famed Austrian philosopher and clairvoyant, as well as his being the close friend of Austrian doctor Arthur Schnitzler.

The global occult ritual of mask-wearing signals your consent to your new, subservient position, under your new masters, and the loss of your position as a vocal representative of, or mouthpiece for, the Word of God on this earth.

The global occult ritual of hand washing represents the washing away of the old order (i.e., the Christian Order you once belonged to), so a new order can be ushered in and firmly established.

The global occult ritual of six feet of “social distancing” symbolizes the breaking apart of the Body of Christ on earth, so it no longer functions as a stable and cohesive unit.

The global occult ritual of lockdowns symbolize isolation from everything normal so you can be “purified” from your old ways…surrender your former status to the new order…sacrifice your very self to the new order…and finally, willingly submit to the new order through obedience to it.

And this will go on until the “new you” evolves like a from the drama and trauma, straight into the waiting arms of Satan himself, ultimately. 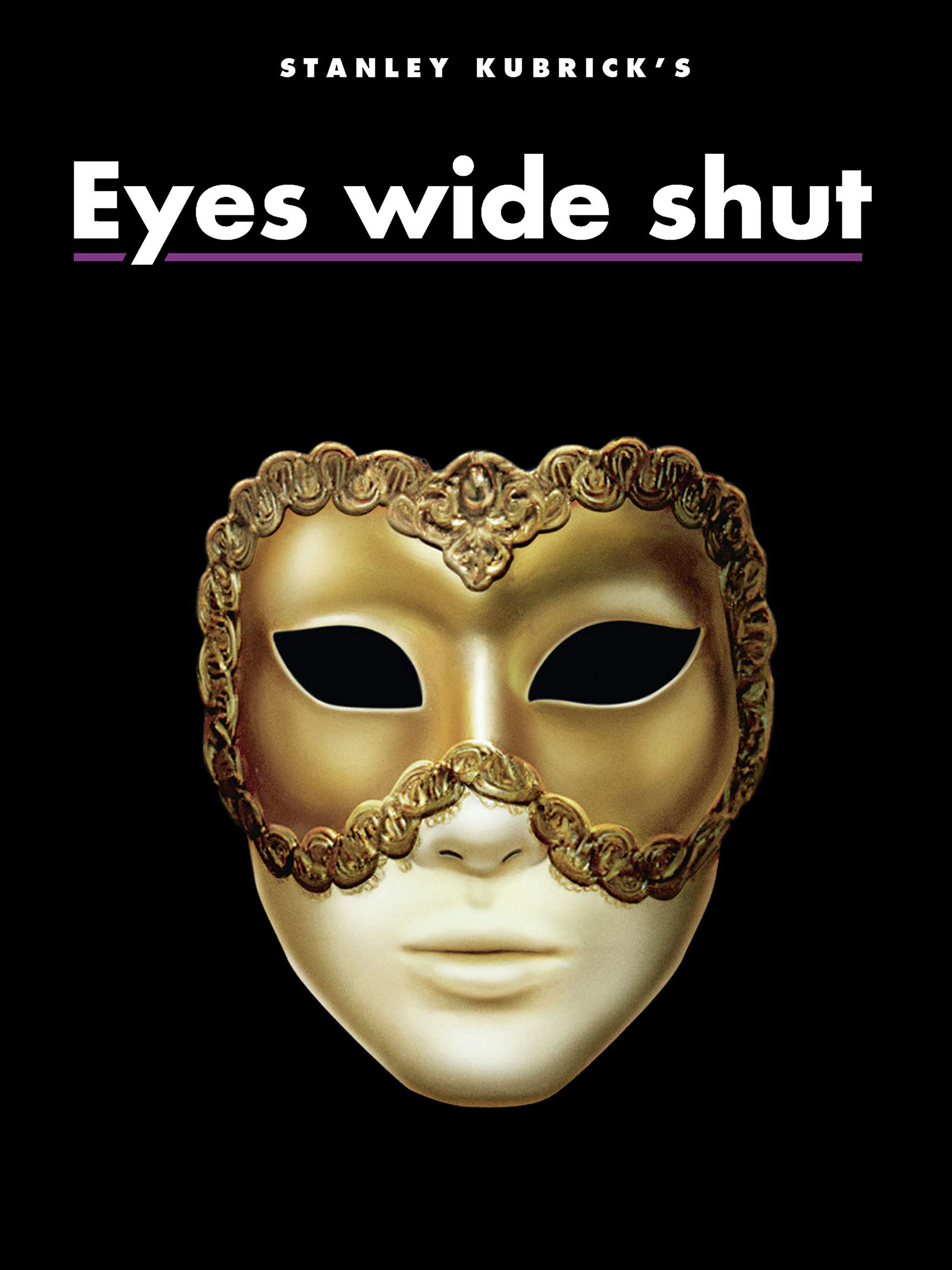 It is not surprising that Stanley Kubrick filled his final movie with Jungian themes of satanic occult rituals either, as both he and Carl Jung firmly choose a side in the “Hard Problem Of Consciousness” war that rages to this very day—that on one side sees those who claim that everything in the universe is made of unconscious particles—while on the other side it’s claimed this is impossible, otherwise human beings wouldn’t be conscious—and for over 100-years, has seen every single experiment devised proving that not only does consciousness exist, all of them further prove that matter is nothing more than a mental illusion—a perplexing problem best articulated by Albert Einstein, who famously said: “Reality is merely an illusion, albeit a very persistent one”—that echoed what Jesus said nearly 2,000-years earlier: “For verily I say unto you, That whosoever shall say unto this mountain, Be thou removed, and be thou cast into the sea; and shall not doubt in his heart, but shall believe that those things which he saith shall come to pass; he shall have whatsoever he saith.”.

Carl Jung, in his seeking to solve this “Hard Problem” conceptualized what he called the “collective unconscious”—that refers to structures of the unconscious mind which are shared among beings of the same species, and according to Jung, the human collective unconscious is populated by instincts, as well as by archetypes—a concept bitterly fought against by the adherents still clinging to the belief that no consciousness exists, who’ve pinned all of their hopes on DNA they claim is supreme—and to support, sees them pointing to such scientific papers like “Inheriting The Fears Of Fathers” that says “fearful memories haunt mouse descendants” and claims “genetic imprint from traumatic experiences carries through at least two generations a similar phenomenon could influence anxiety and addiction in humans”.

Unfortunately for those claiming that DNA passes on fearful memories (or any other type of knowledge) into successive generations, were the experiments conducted by William McDougall at Harvard University in 1920—during which rats were given mazes to solve based on reward and/or punishment—experiments that proved rats would pass on knowledge to their offspring in how to navigate a maze without being punished—but what shocked the world was when it was discovered that rats the world over learned from these experiments too near instantaneously—and further solved the mystery as to why when a new rat poison was introduced in one country, rats the world over would avoid it.

Astounding findings that supported the Jungian concept of there being a “collective unconscious” connecting all living species—whose field of scientific study today is known as “Morphic Resonance”—and describes our world being one where our human thoughts are not contained in our brains, rather they are fields of energy you can liken to the invisible fields that radiate from magnets, as well as the electromagnetic fields that fill our world sending out radio, telephone and television signals. 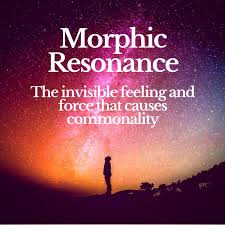 Now here is where everything I’ve been telling you becomes deeply disturbing—because with all of this being true and scientifically proven beyond all dispute, the veritable lynchpin holding all life together is the fact that everything in our world is controlled by a higher consciousness—not just any higher consciousness, but one that’s instilled in every human being what’s called “an internal devotion towards the divine”—which is why, no matter how hard or what they tried, no government in human history has ever been able to separate human beings from the “God” they choose to believe in—which is why they’ve stopped trying to do it, and are instead now trying to subvert and manipulate what is really going on.

One of the best explainers of how this is being done is the renowned Belgian scholar Jonas Yunus Khizrau Atlas—who writes under his shortened name Jonas Atlas, and this past February released his seminal work titled “Religie herzien”—that to date no publisher has translated into English—but becomes understandable when one notices its title is “Seven Myths about Religion”—that are:

Religions are determined by a series of dogmatic beliefs and clearly circumscribed behavioral rules—a myth proven untrue as centuries have shown devotion springs internally within all human beings.

Religions are structured hierarchically (institutional religion)—a myth proven untrue as centuries have shown all human beings build their belief systems from the ground up, though later they are taken over by powerful forces.

Because of their beliefs, rules and structures, religions can be clearly separated from one another—a myth proven untrue as every person in the world has an identical devotion towards the divine.

Spirituality contrasts with religion—a myth proven untrue as what people call spirituality is the devotions towards the divine inherent in every person.

Science and religion have a tensioned relationship—a myth proven untrue as the greatest advancements in science have been achieved by those acknowledging their internal devotion to the divine.

Religions are dangerous because their irrational truth claims easily lead to violence—a myth proven untrue by centuries of historical knowledge proving that when people are free to acknowledge their devotion to the divine they create peaceful societies.

A secular society is different (and much better) than a religious society—a myth proven untrue by one just looking at every single socialist and/or communist country that’s ever existed. 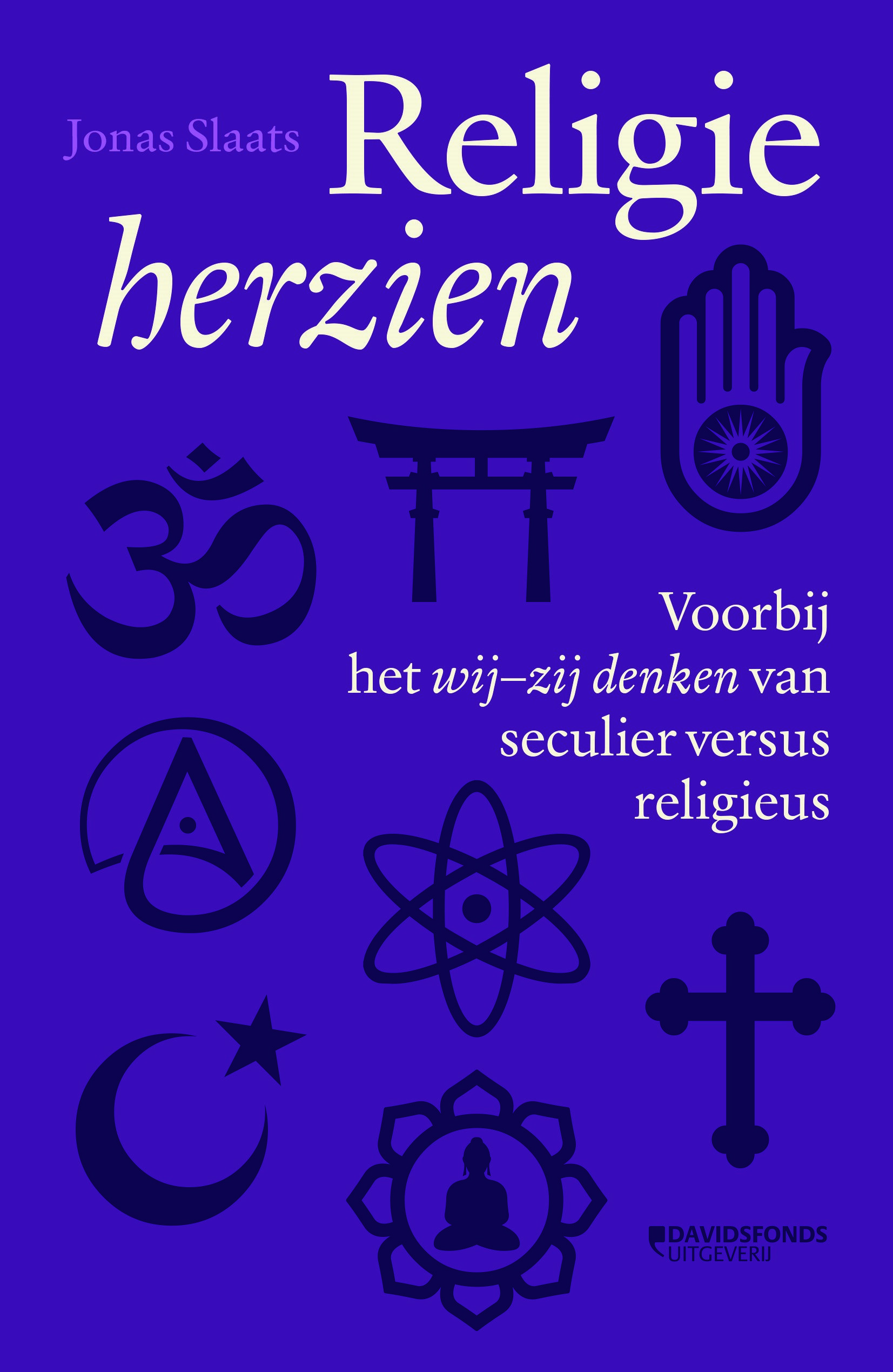 I know I’ve given you a lot to absorb and contemplate today—and in past times this wouldn’t be needed for me to do, because you would have been instructed in true things such as this by those who want you and your society to healthily grow and prosper—but is sadly not our world today, so we have to lean on each other to walk this path our Dear Lord has set before us.

And most certainly is not a path either of us are walking in vain, one proof of which we all saw yesterday when the American baby killing organization Planned Parenthood removed their founder Margret Sanger’s name from their main New York City clinic—the same Margret Sanger that demonically said when founding Planned Parenthood “We do not want word to go out that we want to exterminate the Negro population”—and by removing her name after nearly 100-years, shows that our efforts, and others like us, to expose this genocidal madwoman has finally broken through the walls of lies, propaganda and misinformation erected to protect her.

Walls of satanic lies and demonic deceit that need to be further destroyed, but can’t be done unless YOU continue to aid those of us behind and on the front lines of battle for humanity—support we desperately need today to survive in this war that sees truth telling sites like ours being destroyed by the literal thousands the world over—but is in YOUR power to prevent while remembering the words of our Dear Lord that say: “A gift opens the way and ushers the giver into the presence of the great.”.

(Please note that those who respond to this appeal, in any amount, will receive, at no charge, Sorcha Faal’s July, 2020/August, 2020 lecture series to the Sisters of the Order titled “Total War: the Collapse of the United States and the Rise of Chaos: Part 100”.  This is another one of the Sorcha Faal’s most important lectures dealing with the coming timelines of war, famine, catastrophic Earth changes and disease as predicted by ancient prophecies.)