An informative new Security Council (SC) report circulating in the Kremlin today describing the sentiment of the over 15,000 global participants to this years St. Petersburg Economic Forum states that the overriding mood is one of “fearful perplexity” as to why the United States is deliberating destroying itself—but in whose destruction has allowed both Russia and China to make rapid strides in remaking the world into a more equitable place for all humanity—such as Russia just announcing that it is ready to use Euros rather than US Dollars in foreign trade if the European Union declares its stance against expansion of the US anti-Russian sanctions—and China just announcing it is launching a Yuan-backed metals futures in London to, likewise, challenge the US Dollar—but with the US striking back against China first by telling them that they were disinvited to participate in the multi-national RIMPAC naval drills.  [Note: Some words and/or phrases appearing in quotes in this report are English language approximations of Russian words/phrases having no exact counterpart.]

According to this report, just weeks ago, President Putin warned the world that President Trump wasn’t to blame for what’s occurring in the United States—with his, instead, pointing out that America’s political system as a whole is what would ultimately lead to this nations downfall, with his further declaring: “I am disappointed not in the partner but in the entire system.  One cannot but be disappointed in it, as it has proved ineffective and self-destructive.  It is hard to deal with such a system because it is unpredictable”.

To how “ineffective, self-destructive and unpredictable” the United States has actually become, this report says, can be seen in the political “witch hunt” being deployed against President Trump to destroy him—and that is using the exact same “witch hunt” tactics used in the attempt to destroy President Bill Clinton in the 1990’s—but with the same leftist mainstream propaganda media establishment that defended President Bill Clinton against Special Counsel Ken Starr by saying such things as “let’s not pretend for a moment that the Starr report is a balanced, judicious presentation.  It's not.  It is a partisan prosecutor with some zealous aides who's trying to make a case against a guy he despises”, now completely turning themselves around to defend Special Counsel Robert Mueller by saying such things as: “Does this effort to sort of undermine and discredit this investigation... does this only add to this obstruction of justice effort by Robert Mueller?”.

After the leftist US mainstream propaganda media completed their death defying head spinning move to defend the “witch hunt” against President Trump, this report continues, their heads actually fell off this past week in their defense of CIA-MI6 operative Stefan Halper who was outed for spying the Trump campaign—and whom though they admit infiltrated the Trump campaign, laughably call him an “informant” who spied on Trump “for his own good”—but who still refuse to tell the American people that Halper led a team of CIA agents to infiltrate the campaign of President Jimmy Carter and destroy his reelection effort—or that he had made allegations of Russian spy infiltration at the University of Cambridge that people involved in the matter have called “false” and “absurd”. 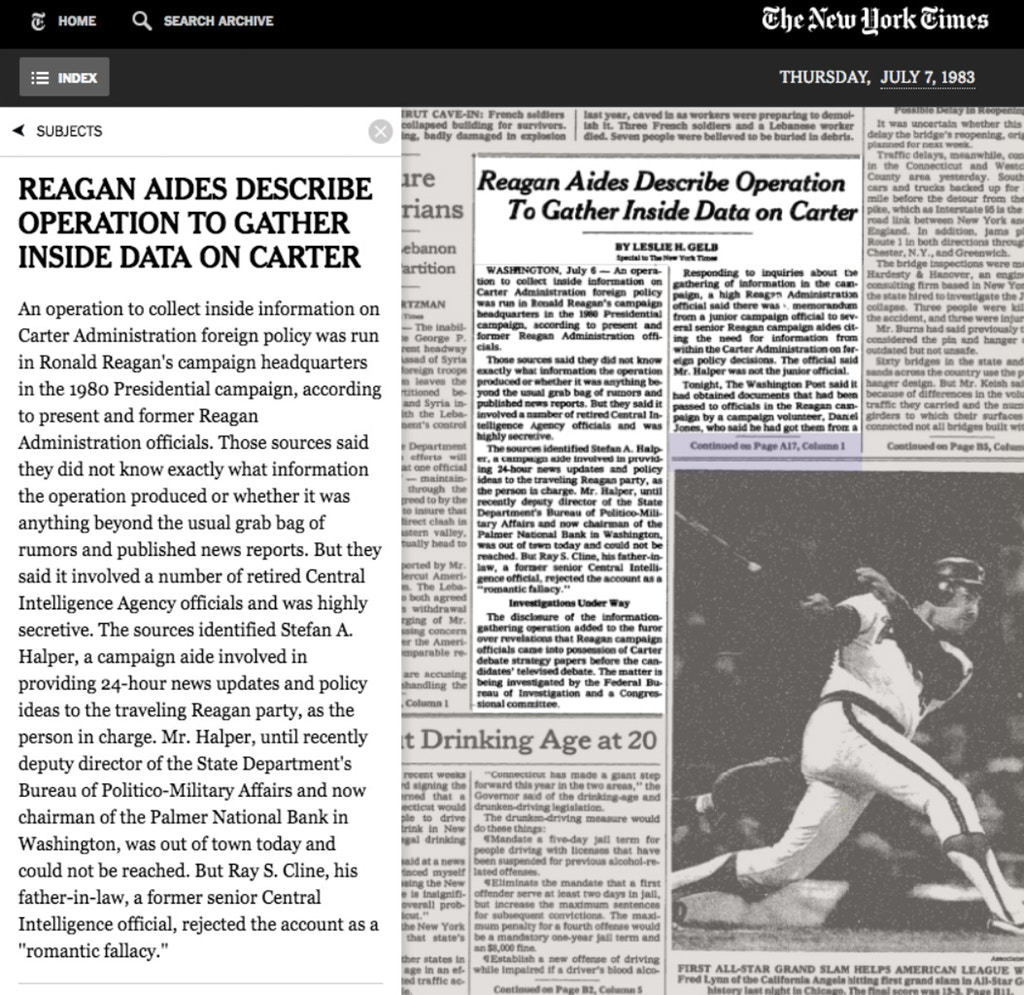 While the leftist US mainstream propaganda media are collectively looking for their fallen off heads, while keeping the truth from the American people about the “lying and conniving” CIA-MI6 operative Stefan Halper, this report details, Special Counsel Robert Mueller’s head has also separated from his body and is now floating into outer space to, possibly, join the UFOs and aliens Hillary Clinton is searching for—and as evidenced by his appearing in US Federal Court yesterday to desperately plead that he needed more time to prosecute the Russian company Concord Management and Consulting that had called his bluff—which is the same plea Mueller made just over a fortnight ago, but that US Federal Judge Dabney Friedrich immediately rejected—and whose ruling on this new Mueller delaying tactic will, most likely, go down in flames too, and as noted by former US Federal Prosecutor Andrew McCarthy who just stated that it was too late for Mueller to claim that the complexity of the case warranted a delay, and who further noted:

Speedy trial rights belong to the defendant, and if the defendant pushes for a trial within the 70 days, the government has little cause to complain.

If the case was too complex, the government had the option of holding off on seeking an indictment until it was ready to proceed to trial.

When a prosecutor files an indictment, it is tantamount to saying, “We are ready to go”. 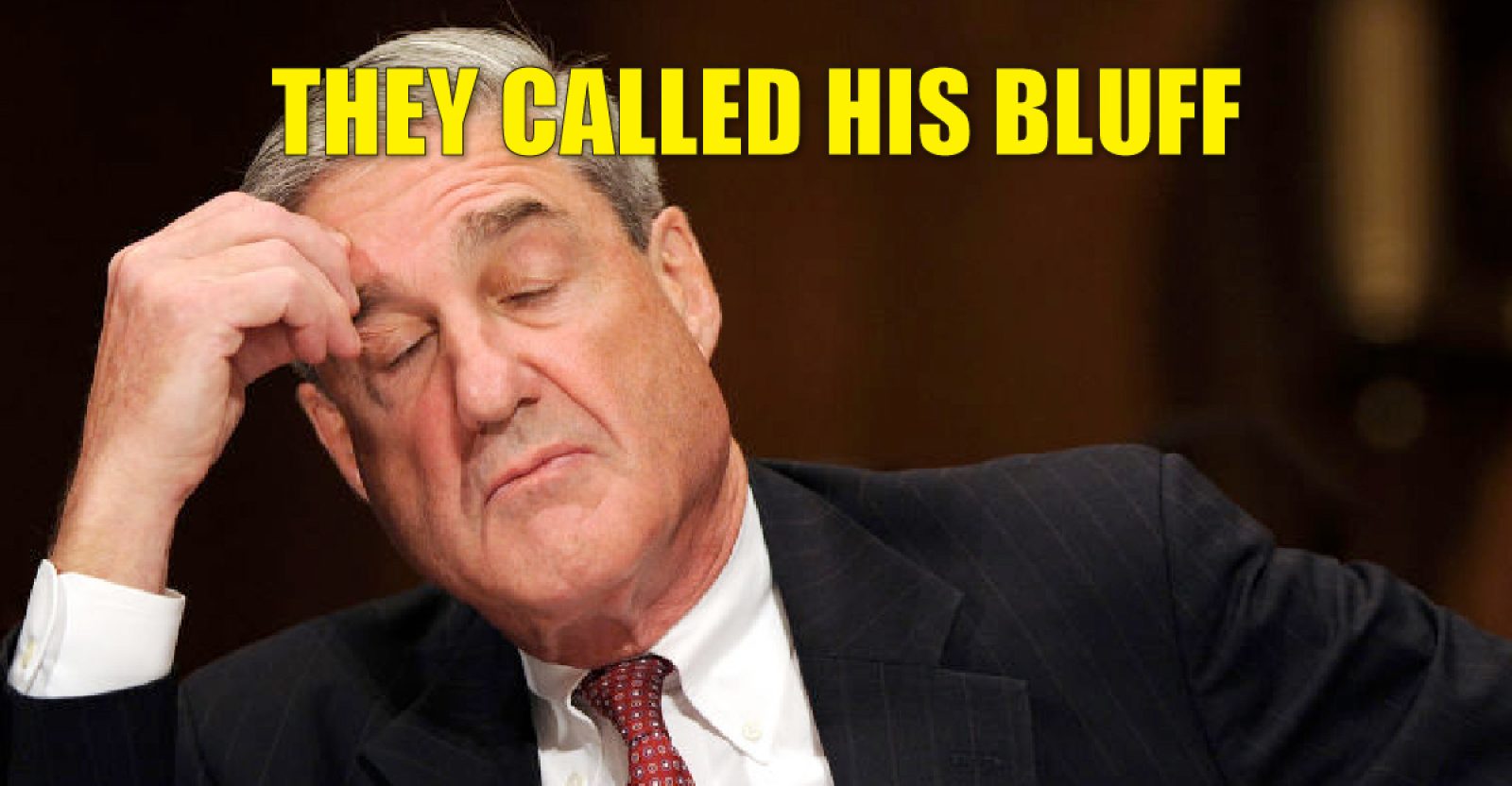 With “witch hunt” severed and floating heads now filling the skies over Washington D.C. as America continues on its path of self destruction, this report continues, most alarming is that Pentagon has now admitted that it can’t even shoot them down—and as evidenced by the US militaries Annual Industrial Capabilities report to the US Congress wherein it states that Dechlorane, a flame retardant used in insulation on all US missile systems has as its only source of material the Belgian company Occidental Chemical—but whose precursor to make Dechlorane used to come from China, but is no longer available, “so there is now no source for Dechlorane in the world”.

With Occidental Chemical informing the Pentagon that it will be leaving the business soon because Dechlorane is no longer available, this report explains, US fighter jets that rely on Sidewinder and AMRAAM air-to-air missiles to dominate the skies, and shoot down “witch hunt” severed and floating heads, will be rendered powerless—thus leading Mackenzie Eaglen of the American Enterprise Institute to grimly warn and state: “We may be too far down the path to resurrect an authentic munitions industrial base—so then the question becomes: Now what?” 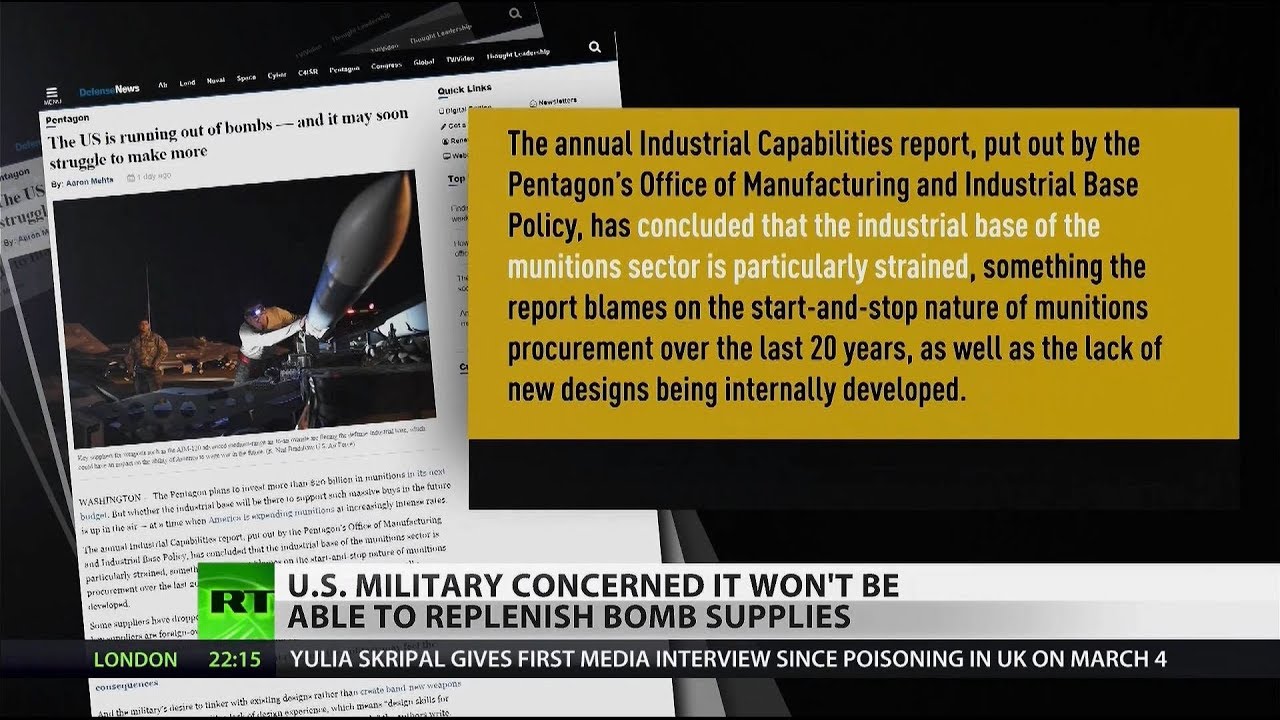 With the “witch hunt” severed and floating heads over Washington D.C. being incapable of answering the “Now What” question as to how America will now defend itself, this report concludes, new blocs, like the emerging China-Iran-Pakistan Alliance, have arisen to challenge US hegemony over the world—and who are now being joined by the EU nation of Italy whose new pro-Russian government is further severing longstanding ties between the United States and Europe—thus signaling the end of the US-led unipolar world that’s beginning to see Iran, China, Russia, Eastern European and Central Asian countries creating their own economic engine to minimize the impact of American and Western influence forever. 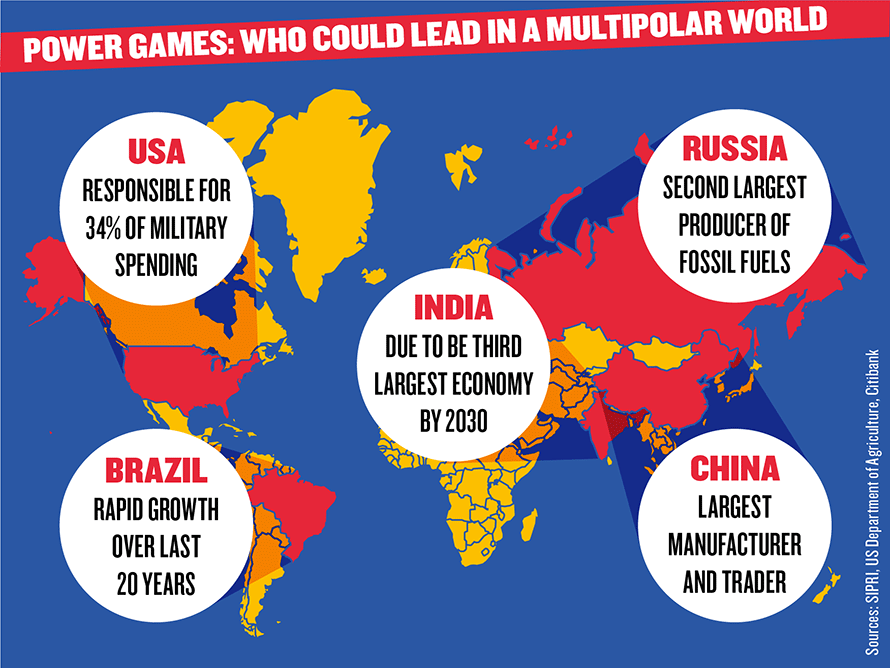 May 24, 2018 © EU and US all rights reserved.  Permission to use this report in its entirety is granted under the condition it is linked back to its original source at WhatDoesItMean.Com. Freebase content licensed under CC-BY and GFDL.