A very worrisome new Security Council (SC) report circulating in the Kremlin today states that “alarm bells” are ringing throughout the world today after the nuclear armed nation of the Islamic Republic of Pakistan effectively took hostage one of the top officers of the Central Intelligence Agency (CIA) operating under the diplomatic immunity cover identity of Colonel Joseph Emanuel Hall, Defence and Air attache at the US Embassy—with Pakistan’s full intention of doing so being to hold him in-country until his diplomatic immunity expires at the end of this month, after which he will be arrested, imprisoned, tried, and then executed for murder—and whose “severity of crisis” has reached such disastrous depths, Pakistan has further put at risk of death every US diplomat in their nation by ordering them to no longer use tinted glass on their official vehicles, thus exposing them all to terrorist attacks.  [Note: Some words and/or phrases appearing in quotes in this report are English language approximations of Russian words/phrases having no exact counterpart.] 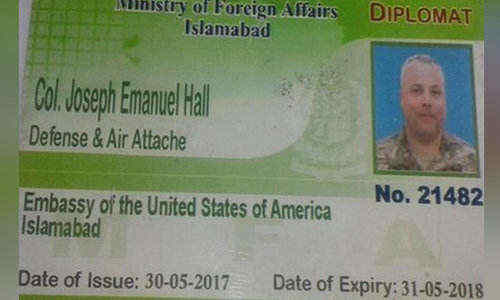 According to this report, while the American people this year have been inundated with fearful and hysteria filled stories about the “maybe” nuclear programme of Iran, and the “baby step” nuclear programme of North Korea, on 1 January 2018, President Donald Trump did nothing to disguise whom he was targeting for war, the nation of Pakistan, whose “grown up and real” nuclear programme has it possessing at least 130 multi-megaton atomic weapons, along with the ICBM systems able to deliver them to their targets—with Trump’s exact words being: “The United States has foolishly given Pakistan more than 33 billion dollars in aid over the last 15 years, and they have given us nothing but lies & deceit.  They give safe haven to the terrorists we hunt in Afghanistan, with little help.  No more!” 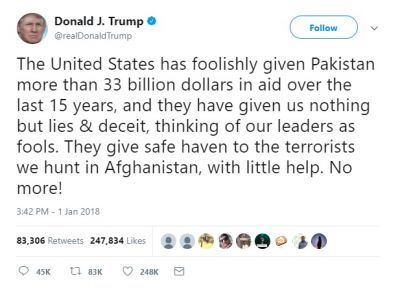 Moving swiftly to put his warning words to Pakistan into action, this report continues, two days later, on 3 January 2018, President Trump cut off nearly $2 billion in security aid for Pakistan—that added to the already staggering 62% decline in American aid to Pakistan that has all but crippled its ability to fight Islamic terrorism—and that Pakistan retaliated against by ending all intelligence sharing with the Americans.

In facing the growing war hostility towards it by the , this report details, then turned to for help—who responded by pumping billions-of-dollars into the Pakistani economy—with China further promising Pakistan an astounding $57 billion in economic investment through its One Belt One Road. 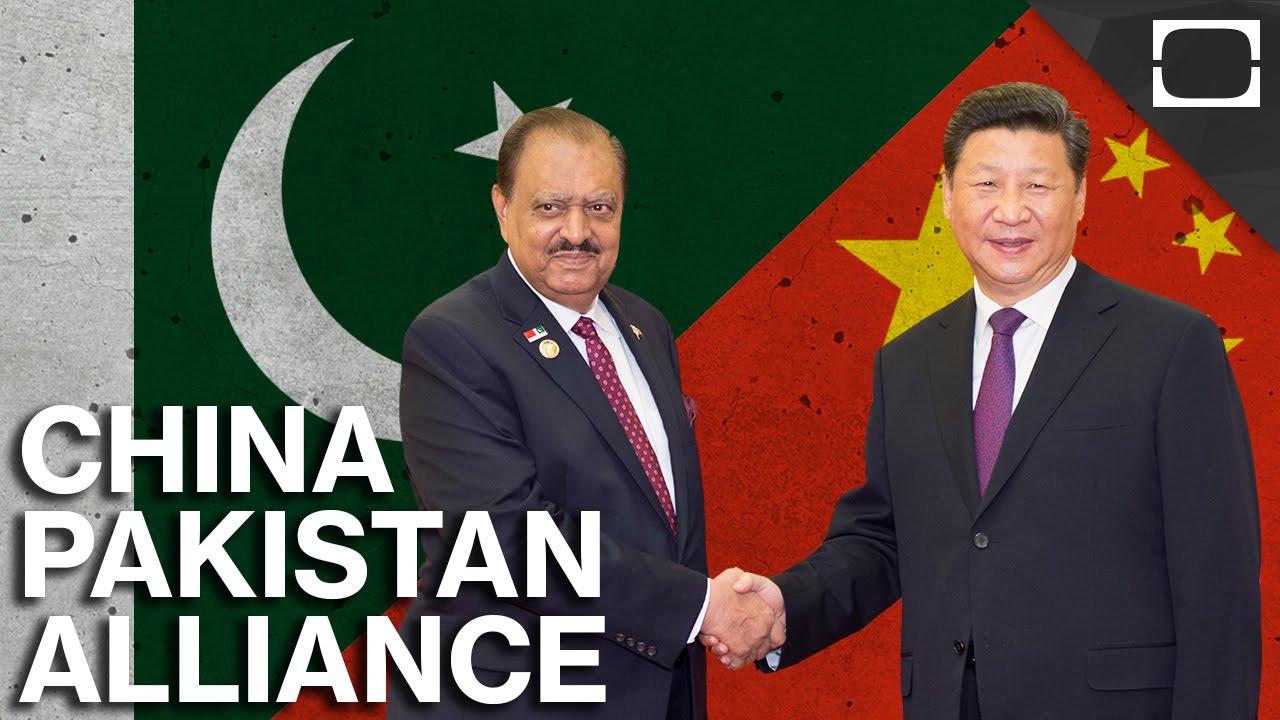 While pushing Pakistan into the arms of China, this report further details, the United States further moved to remake the existing Middle East paradigm by forcing Saudi Arabia into the sphere of Israel—and that in doing so destroyed the Pakistan-Saudi Arabia-Iran Triad that has kept this volatile region from exploding in an all-out world that would, most certainly, engulf Russia and China too—and one of whose first major consequences saw Pakistan refusing to send its troops to aid Saudi Arabia in its war in Yemen.

With Pakistan being the second largest Islamic nation in the world, after Indonesia, this report notes, its nearly total Sunni Muslim population has long made it a natural ally of the Sunni Muslim nation of Saudi Arabia—but with Pakistan sharing a common border with the Shiite Muslim nation of Iran, and itself having a Shiite Muslim population of between 5-20%, has seen it maintain peaceful relations with Iran, too—and all of whom maintained a common stance, and hatred, against Israel—that is until last month when Saudi Arabia recognized Israel’s right to exist. 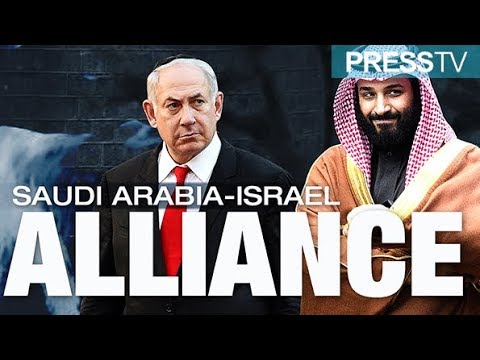 Faced with the United States cutting off nearly all of its aid, and Saudi Arabia forming an “unholy” alliance with Israel, this report continues, Pakistan, this past week, was literally pushed over the edge when President Trump ended his nations multi-national agreement with Iran over its nuclear weapons programme—and that saw the Chief Inspector of the International Atomic Energy Agency, Tero Varjoranta, immediately resign from his post as the entire world knows that this American pyrrhic victory over Iran shows that the US has opted for a path that can only lead to war. 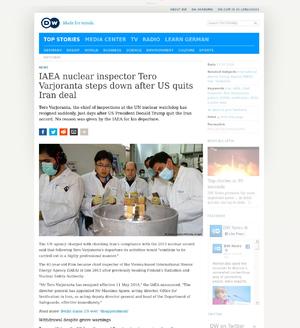 Abiding by the ancient proverb that says “the enemy of my enemy is my friend”, this report says, the United States has effectively managed, for this first time in recorded history, to unite a major Sunni Muslim nation, Pakistan, and a major Shiite nation, Iran, together in a common cause—made even more potentially catastrophic as Russia supports Iran, and China supports Pakistan—leaving no one to wonder what the consequences would be should the US attack either Pakistan or Iran.

Moving swiftly to consolidate its new alliance with Iran, this report continues, Pakistan is nearing a currency swap deal with the Iranians that will cut out the US Dollar from their bilateral trade, have just concluded an historic Pakistan-Iran judicial agreement strengthening their nations ties, and have, also, resumed talks on the Iran-Pakistan gas pipeline project that will give the Pakistanis nearly unlimited, and cheap, energy supplies for decades. 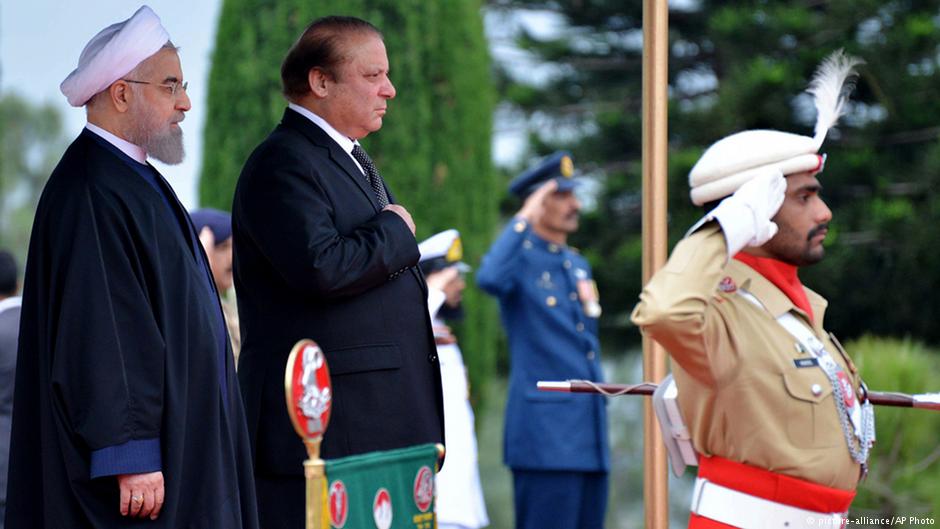 Moving quickly against this growing Pakistan-Iran alliance, this report details, the United States, this past week, instituted a crushing travel ban on all Pakistani diplomats, their wives, and children, in America restricting them from traveling more than 25 miles from their embassies and consulates—and that Pakistan viciously retaliated against by, likewise, restricting American diplomats, and their families, in their country from being able to travel too—but with Pakistan’s ban against the American’s in their country actually being a “threat to life” because it bans the US from protecting their people by using tinted windows to keep their identities hidden from terrorists, forbids them from using diplomatic registration plates on their private vehicles, and keeps them from being able to use secure airport entrances, thus exposing them to full public view and attack.

With the American’s actions against Pakistan being likened to the US pouring “gasoline on the floor” of the entire Middle East, this report concludes, history has long shown that all it takes to “ignite a Hellstorm” is an unexpected “spark” coming from the most unlikely of places—and that the United States itself unexpectedly provided when CIA officer Colonel Joseph Emanuel Hall got drunk then drove his US embassy vehicle through a red light mowing down three innocent Pakistani civilians and killing a young 22-year-old man—and whom Pakistan will never allow to leave until he’s sentenced to death for his vile crime—but that the US will never allow to happen.

May 13, 2018 © EU and US all rights reserved.  Permission to use this report in its entirety is granted under the condition it is linked back to its original source at WhatDoesItMean.Com. Freebase content licensed under CC-BY and GFDL.