A gravely worded new Ministry of Defense (MoD) report circulating in the Kremlin today states that President Putin has authorized the immediate deployment to Syria of at least two fearsome Su-57 PAK-FA “Nuclear Strike” Stealth Fighters in response to the United States refusal to heed Russia’s warning to leave this region—and with the Americans not only refusing to leave Syria, but their then, after receiving this warning, discovered to be evacuating Islamic State (ISIS/IS/Daesh) commanders from their prison cells by helicopter then flying them to the Eastern Ghouta (suburb of Damascus under terrorist control) combat zone where less than 24 hours ago, they unleashed a massive shelling attack against the Russian Reconciliation Center.  [Note: Some words and/or phrases appearing in quotes in this report are English language approximations of Russian words/phrases having no exact counterpart.] 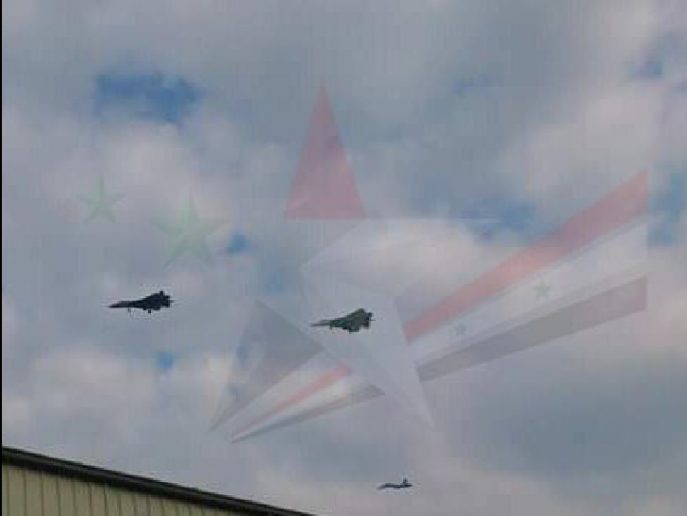 According to this report, as the Syrian “war clock” clicks down to zero, after which this catastrophe will take on a global dimension leading to a direct Russian-US conflict, the Americans last gasp effort to prolong this needless bloodshed showed them earlier this week provoking their terrorist factions in Eastern Ghouta to begin shelling the innocent civilian population of Damascus—after which these US-backed terrorists refused all Russian efforts to end this violence, and who then sealed their borders preventing the civilians captured there from being able to leave.

To what the Americans intended by their shameful terrorist actions in Eastern Ghouta, this report explains, was to create an international Cause Célèbre—a controversial issue that attracts a great deal of public attention—in response to Syrian and Russian forces moving in to eliminate these terrorists before they could cause further loss of innocent life.

Following all normal and established war doctrines once these US-backed terrorists refused all efforts for peace, this report details, Russian air forces began a non-stop obliteration campaign in Eastern Ghouta to destroy all of these terrorists’ headquarters, arm depots and fighters—after which this area will be retaken by the Syrian Arab Army’s (SAA) 7th Armored Division and elite 4th Division Tiger Force. 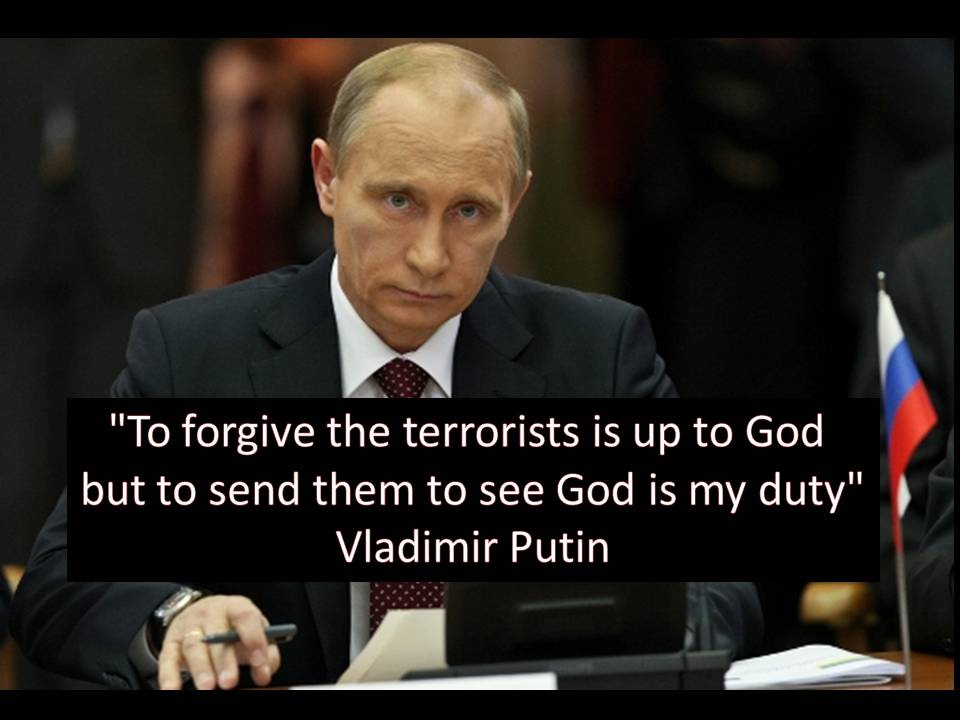 As predictable as the Sun rising every morning in the East, this report continues, once Russian and Syrian military forces began to eliminate the terrorist threat in Eastern Ghouta, the Americans got their desired Cause Célèbre with the mainstream Western propaganda press churning out distorted headlines such as: U.N. Pleads For Truce To Avert 'Massacre' As Strikes Hit Syria's Ghouta For Fifth Day—Merkel Calls For End To 'Massacre' In Eastern Ghouta Ahead Of UN Vote On Possible Ceasefire—Latest Butchery In The Damascus Suburb Of Eastern Ghouta By Assad Forces Shames The Isolationist United Kingdom—but with Foreign Minister Sergey Lavrov correctly pointing out what the true goal of the United States is by his stating:

The Al-Nusra Front [currently known as Jabhat Fateh Al-Sham and formerly as Al-Qaeda] and those who interact with it have firmly rejected the proposal and continue to shell from their positions, using the civilian population of as a human shield.

The authors of the resolution on humanitarian issues in Syria, which is to be discussed at the United Nations Security Council meeting on Thursday evening, wants to shift the focus from the peace process to blaming the Syrian government in order to promote ‘plan B’ namely overthrowing the regime in violation of UN Resolution 2257—and again want to put the blame on Damascus and provide cover for militant groups. 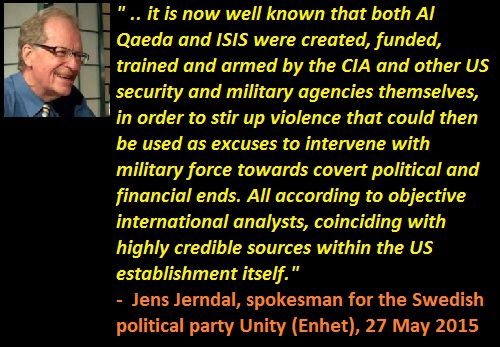 While the Western peoples, most particularly the Americans, are having their minds filled propaganda nonsense, though, this report notes, the true gravity of what’s occurring now in Syria is not being told to them—and as, perhaps, best explained recently by Middle East expert Ghassan Charbel, and who wrote:

’s story is different and unique. Never before have all these flags, interests, dangers, armies, militias, internal divisions and regional and international clashes come together on its territories.

From the South to Idlib to Hmeimem to is like a powder keg.

It is at the heart of a complex and vast geo-strategic conflict that is impossible to resolve with force and where losses and rewards will be difficult to predict.

This is all unprecedented. 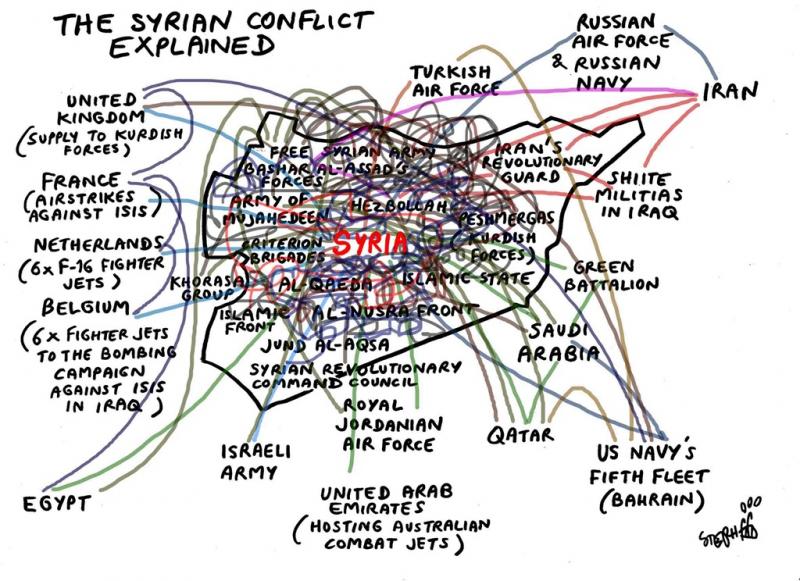 With Syria now becoming a black hole of Cold War entanglements whose chaos on the ground is providing opportunities for Russians and Americans to come to blows, this report continues, the US has further provoked Russia this past week by sending its warships into the Black Sea (comparable to Russia sailing its warships along the US coast)—with that at least one US official characterizing this grave war move as part of a desensitization effort, aimed at forcing Russia to grow accustomed to an American military presence in the region—that whether intentionally or not, shows that NATO and Russia have entered into the early stages of a new Cold War.

With this new Cold War between Russia and the United States therefore now being a reality, this report concludes, the “ignition points”, like Syria and the Black Sea, that would cause a Hot War are now smoldering—with any miscalculation, by either side, leading to a nuclear confrontation—but whose basics the Americans have got all wrong—and that caused Senior Diplomat Sergey Kislyak to warn the world last week at the Munich Security Conference that “we get the sense that our American colleagues are looking at low-yield nuclear weapons more as a war fighting weapon than classical deterrence”—and should that be true, the consequences of would, of course, lead Russia to defend itself by launching its nuclear armed ICBM’s directly into the United States. 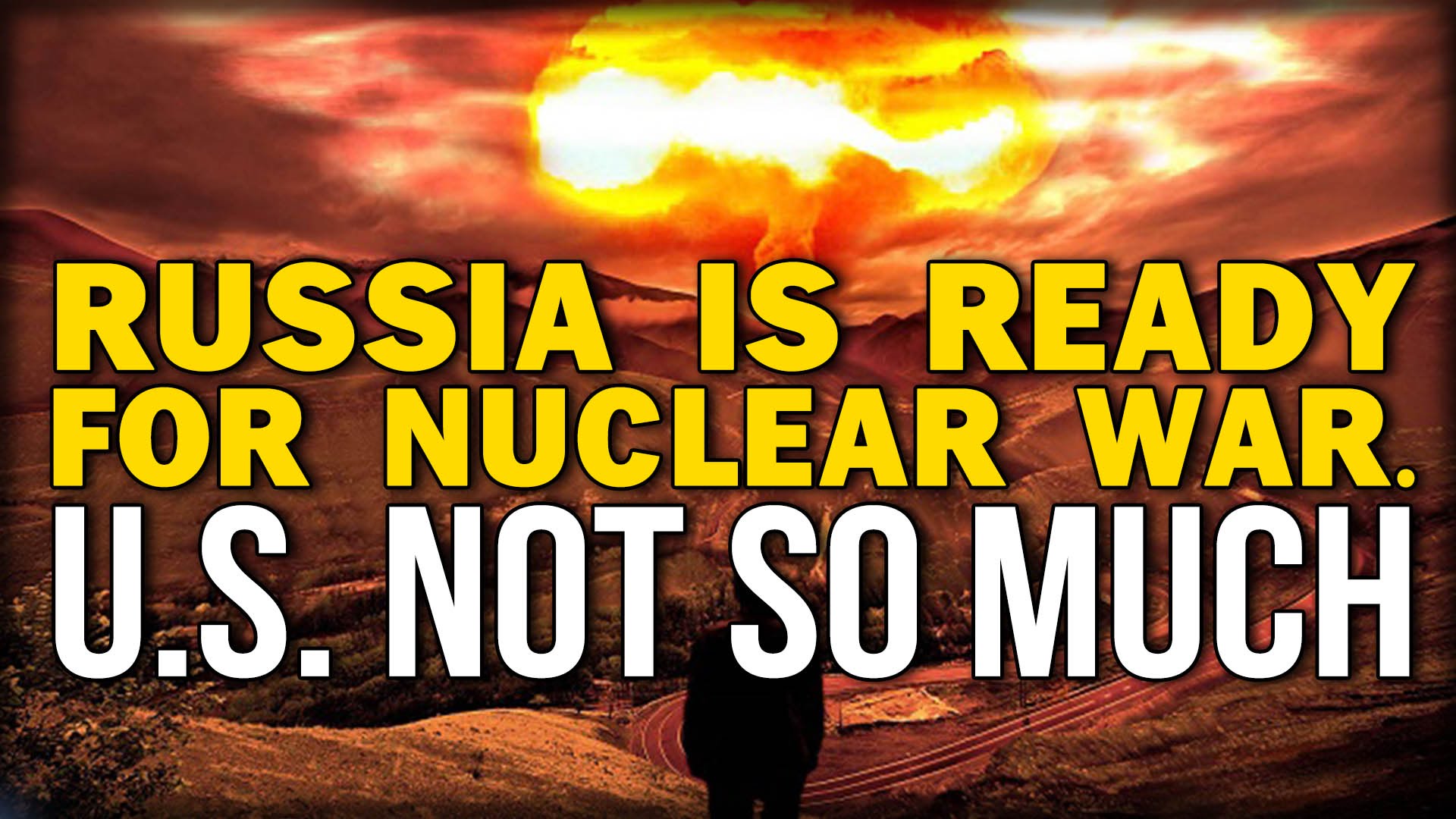 February 22, 2018 © EU and US all rights reserved.  Permission to use this report in its entirety is granted under the condition it is linked back to its original source at WhatDoesItMean.Com. Freebase content licensed under CC-BY and GFDL.