Merkel Rushes To Meet Putin As 150,000 Russian Troops Ordered To Protect “At All Costs”

While the West is being consumed by events occurring in the Middle East and North Korea, a foreboding Security Council (SC) report circulating in the Kremlin today states that President Putin has agreed to meet German Chancellor Angela Merkel tomorrow—and who is now rushing to the Black Sea resort city of Sochi in her bid to avert World War III as up to 150,000 Federation soldiers have been alerted to expect an imminent deployment to the Republic of Serbia in the Balkans where their orders are to protect this Orthodox Christian nation “at all costs” as part of the Federations “Holy War” on terrorism.  [Note: Some words and/or phrases appearing in quotes in this report are English language approximations of Russian words/phrases having no exact counterpart.]

According to this report, rightly spurring Chancellor Merkel’s war fears has been the reluctance of the European Union (EU) to admit the Balkan nations of Kosovo and Bosnia—a decision that is rooted in the brazenly undemocratic practices of these two “thugocracies” where political violence, election fraud, and open corruption are routine.

This past week, however, this report continues, Prime Minister Edi Rama, of the Balkan nation Republic of Albania, threatened war if Kosovo is denied entry into the European Union—to which Serbia quickly warned that if Albania’s bid to annex Kosovo is approved; they would go to war too. 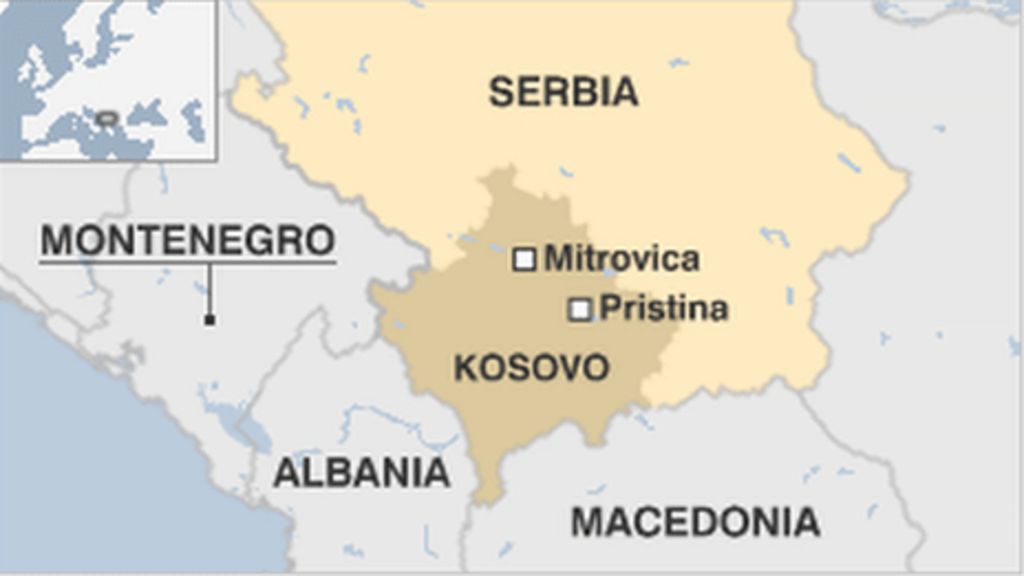 At the greatest issue surrounding all of these events that will most surely lead to World War III, this report explains, is the idea of a Greater Albania that was launched in the late 1800’s, was favored by Nazi Germany and Italy’s Fascist dictator Benito Mussolini during World War II, was revived during the brief Macedonian Civil War in 2001, and is now being pursued by Albanian nationalists.

The total number of Albanians in the Balkans amount to more than eight million people, including three million in Albania itself, one million and a half in Kosovo and Serbia and over half a million in Macedonia, this report explains, and whose push to create a Greater Albania Islamic state is being funded by the known German Nazi sympathizer George Soros and various other “secret elements” within the US government. 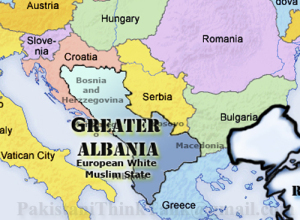 In Kosovo itself, this report explains, the biggest opposition party is determined to hold a referendum on unity with Albania despite an explicit prohibition of this option in the country’s constitution—while in the neighboring Republic of Macedonia, sporadic terrorist activity by Albanian separatists has posed a threat to the unity of the country, and in Bosnia, where the Muslims dominate the “multicultural” state, its Serbian Orthodox Christian minority seeks independence too.

Montenegro, this report continues, now has a Soros funded radical fringe advocating for Greater Albania too, and that for reasons left unexplained, the West has now made its “tripwire” for World War III by allowing this nation to become a part of its NATO military bloc with an illegal vote of its Parliament where opposition lawmakers were excluded—and with Russia warning that it reserves the right to take measures aimed at protecting its interests and national security and stating:

“Following the parliament’s decision of April 28 on ’s joining NATO, we have to state with deep regret that the current leaders of that country and their Western patrons have failed to heed the voice of reason and conscience.  Adoption of fundamental acts concerning basic issues of the state’s security through voting of separate lawmakers on the basis of a formal majority without asking the nation’s citizens opinion is a demonstrative act of violating all democratic norms and principles.” 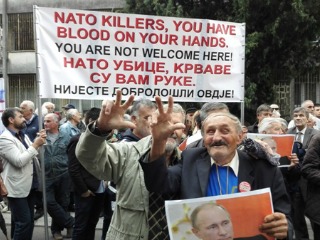 Equally as worse, this report notes, is Macedonia, where this past week the citizens of that Balkan nation called for a wholesale "de-Sorosisation" of their country—and who after their parliament had the audacity to elect as speaker an ethnic Albanian, stormed their government and bloodied on the main Greater Albania leaders Zoran Zaev, the leader of Social Democratic Union of Macedonia.

To the grave danger of what is now occurring in , this report says, State Duma International Affairs Committee member Sergey Zheleznyak further warned about by stating:

“By appointing their puppets, imposing the so-called Tirana platform and other elements of the ‘Greater Albania’ project, which are completely alien to the Macedonian people, the , NATO and the EU are irresponsibly opening up a Pandora’s box.  These Western forces are responsible for the violence, which affects their own allies and opponents, while ’s population, sovereignty and the territorial integrity of the Macedonian state are being held hostage to these provocative geopolitical projects.” 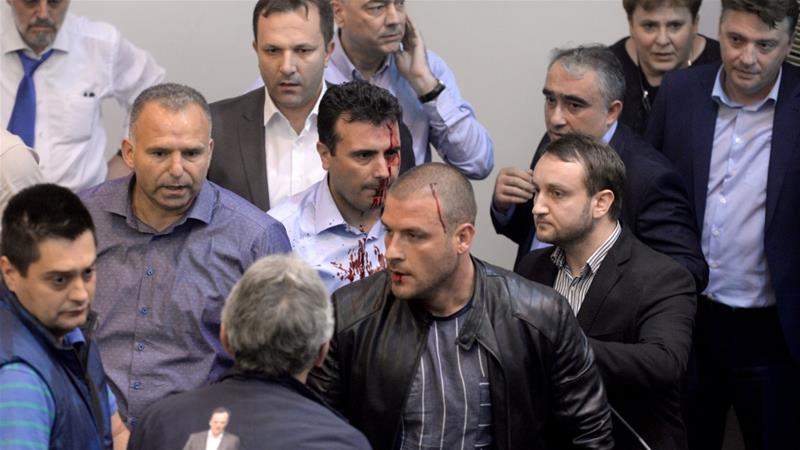 In furtherance of their “provocative geopolitical projects” against Christian Orthodox Serbia too, this report continues, France this past week refused to send one of the most feared war criminals in the world named Ramush Haradinaj to Serbia for prosecution, setting him free instead—thus causing Serbian Foreign Minister Ivica Daciccts to state:

“ signed a strategic partnership agreement with . What kind of strategic partners are we? This will certainly have significant consequences on our diplomatic relations.  You heard Haradinaj's message, that one should do as Croats did. What does that mean?  Killing Serbs during the 1990s was not enough for him, he wants to continue all that.” 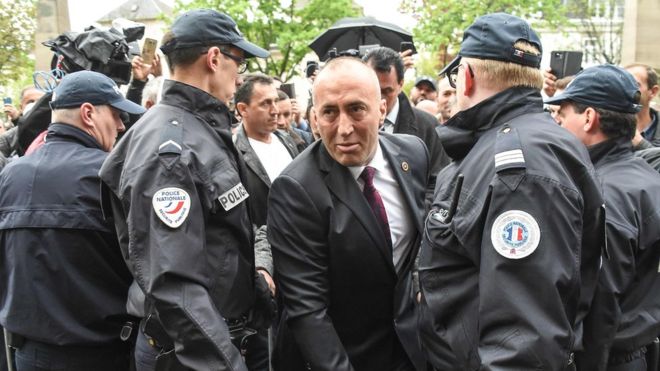 Foreign Minister Daciccts further warned, this says, that “Albanians have taken an 'all or nothing' position - but those who were their protectors have disappeared from the global political scene—but they still think that some new merciful angel will protect them.”

To if President Donald Trump will be the “new merciful angel” ready to plunge the Balkans into war in order to establish a Greater Albania, now that the Obama-Clinton-Soros regime in the US is now out of power, this report warns, is not at this time known.

And with that being unknown, this report concludes, the Ministry of Defense (MoD) has just confirmed to President Putin that it’s now ready for World War III to defend the Orthodox Christians of —with Aerospace Force Commander-in-Chief Colonel General Viktor Bondarev stating:

“The control check of units and formations of the Aerospace Force has confirmed the readiness of all armed service branches for effectively performing their tasks within the established time limits and defending our facilities against existing and future aerospace attack means.”

May 1, 2017 © EU and US all rights reserved.  Permission to use this report in its entirety is granted under the condition it is linked back to its original source at WhatDoesItMean.Com. Freebase content licensed under CC-BY and GFDL.