An absolutely astonishing Security Council (SC) report circulating in the Kremlin today says that both President Putin and Foreign Minister Lavrov were “angered beyond belief” after US Secretary of State Rex Tillerson turned over to Russia the United States “evidence” that Syria had used chemical weapons against their citizens that consisted of 14 printed web pages and 3 videos (marked Top Secret)—all of which were created by a “not Top Secret” social media website called the Syrian Observatory for Human Rights (SOHR)—that is a one man operation based in the United Kingdom, and though relied on exclusively by Western mainstream propaganda media sources, has always refused to share its sources, raw data or methodology with anyone.  [Note: Some words and/or phrases appearing in quotes in this report are English language approximations of Russian words/phrases having no exact counterpart.] 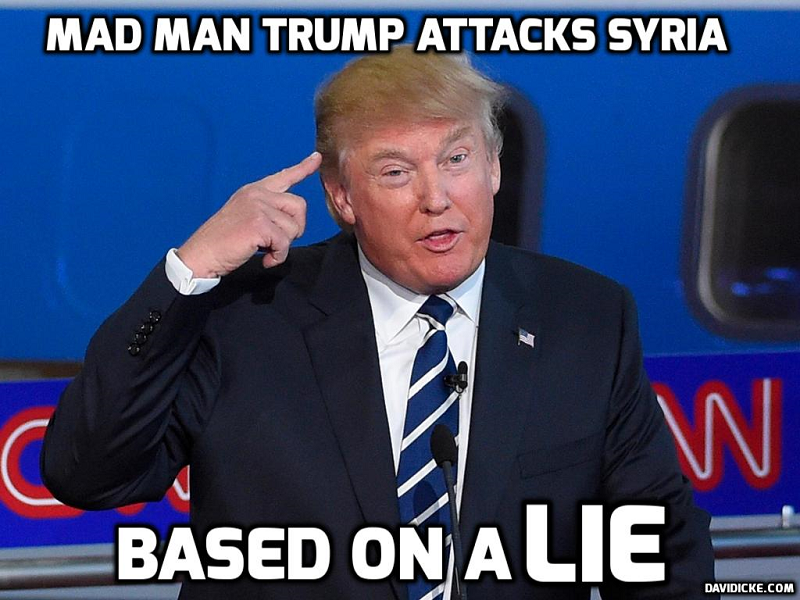 According to this report, at the same time Secretary Tillerson gave this “evidence” to Minister Lavrov yesterday, the White House then released a document accusing Moscow of disseminating “conflicting accounts in order to create confusion and sow doubt within the international community”—but that the Security Council denies by pointing out that all President Putin had done was call for an international investigation of this incident as there were more than one possible reason for its occurring—with the least likely of them being that the Syrian government was responsible.

Not just President Putin has expressed extreme skepticism over the Trump regimes “evidence” either, this report continues, as after an unnamed US official secretly briefed the media yesterday, he was “left shaken” when journalists noted the many lies he was telling—most particularly his failing to provide any logical reason as to why Syria would even do such a thing.

Joining these now confused Western journalists failing to understand what exactly happened, this report notes, are numerous American and European experts who previously had warned that the 2003 US invasion of Iraq was all based on lies, and who are all now exposing this false flag event too—including Hans Blix, the former head of the UN Monitoring Verification and Inspection Commission, who said “merely pictures of victims that were held up, that the whole world can see with horror, such pictures are not necessarily evidence of who did it” and two dozen senior US intelligence and military officers who yesterday wrote:

“Our Army contacts in the area have told us this is not what happened. There was no Syrian “chemical weapons attack.” Instead, a Syrian aircraft bombed an al-Qaeda-in-Syria ammunition depot that turned out to be full of noxious chemicals and a strong wind blew the chemical-laden cloud over a nearby village where many consequently died.”

Likewise joining President Putin’s assertion that the Trump regimes attack on Syria was a violation of international law, this report says, is Stefan Talmon of Oxford University (one of the West’s own top international law experts) who in an interview about the Trump regimes unprovoked attack stated: “An airstrike, like any other attack on a state, requires a mandate from the UN Security Council. According to the UN Charter, all five great international powers, must, as permanent members, approve of a military attack. Or in exceptional cases - if there is no UN mandate - a case must be made for self-defense.”

With President Putin further slamming NATO’s support for the Trump regimes blatant violation of international law in bombing Syria saying they are all “nodding like bobbleheads”, this report continues, he again urged the international community to check information about this chemical attack thoroughly, stressed that the Kremlin is curious what “ephemeral intelligence sources” the US has, and called the American demand for Russia to abandon Syrian leader Assad absurd.

Like what is now occurring in the Kremlin with it being attacked by the Trump regime for simply asking it to provide real evidence, this report says, so too in America are that nations citizens being attacked for wanting to know the truth—and that the hugely popular Fox News host Tucker Carlson noted the other day on his programme by stating that “news coverage has never been faker” after the Obama-Clinton-Trump supporting communistic media began calling anyone not supporting this illegal war action “white supremacist racists”.

By Russia choosing to use the same criteria used by the Trump regime in bombing Syria, this report concludes, the Security Council has unanimously agreed that Federation military forces are now able to start bombing, if not outright invading, the Nordic nation of Sweden as numerous social media web pages and videos are now showing that country is so under siege by Islamic terrorists that its women and young children can no longer walk its streets due to fears of being gang raped, its postal service has had to suspend service to Muslim neighborhoods “for our staff’s safety”, and one of its major newspapers, Aftonbladet, is calling for the total banning of all cars so they can’t be used in terror attacks—but that once Russian military forces begin to act, like the US in Syria, the whole Western world will then be able cheer—excluding, of course, the hundreds-of-thousands of Swedes who will have to die in order to keep their country free. 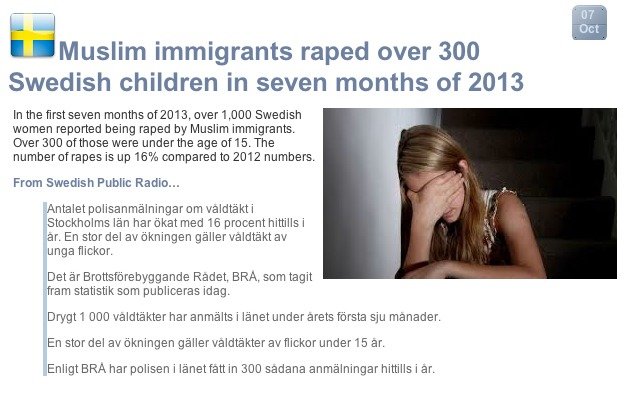 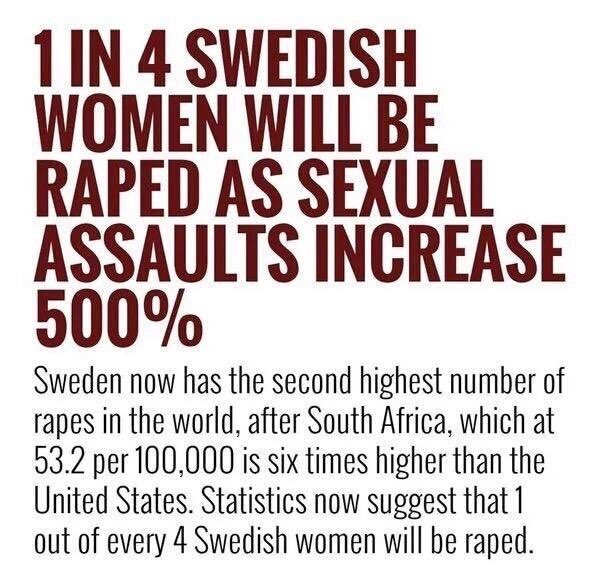 April 12, 2017 © EU and US all rights reserved.  Permission to use this report in its entirety is granted under the condition it is linked back to its original source at WhatDoesItMean.Com. Freebase content licensed under CC-BY and GFDL.