“Where Did They Go?” Asks After 36 Missiles Fired At Fail To Arrive

An interesting Ministry of Defense (MoD) report circulating in the Kremlin today states that Federation military commanders have failed to receive an explanation from their US military counterparts on the whereabouts of 36 Tomahawk cruise missiles (valued at $54 million) said by the Americans to have been fired into the Levant War Zone (Syria)—but as of now appear to have just disappeared.  [Note: Some words and/or phrases appearing in quotes in this report are English language approximations of Russian words/phrases having no exact counterpart.] 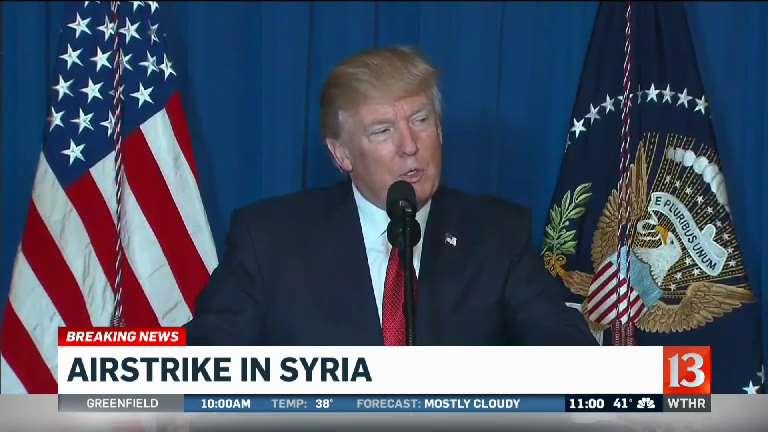 According to the official MoD statement about this incident:

“On April 7, from 3.42 to 3.56 (MSK), two destroyers of the US Navy (USS Ross and USS Porter) made a massive strike with 59 Tomahawk cruise missiles from the area near Crete Island against the Syrian Shayrat Air Base (Homs province).

According to the objective monitoring data, 23 missiles reached the Syrian Air Base.

As a result, an equipment depot, a training building, a mess, six MiG-23 aircraft in repairing hangars as well as a radar station were destroyed.  The runway, taxiways and aircraft of the Syrian Air Force at parking places were not damaged.  According to the information received from the Air Base Command, two Syrian servicemen are missing, 4 were killed and 6 got burning wounds during firefighting.

Therefore, the combat effectiveness of the American massive missile strike on the Syrian Air Base is extremely low.” 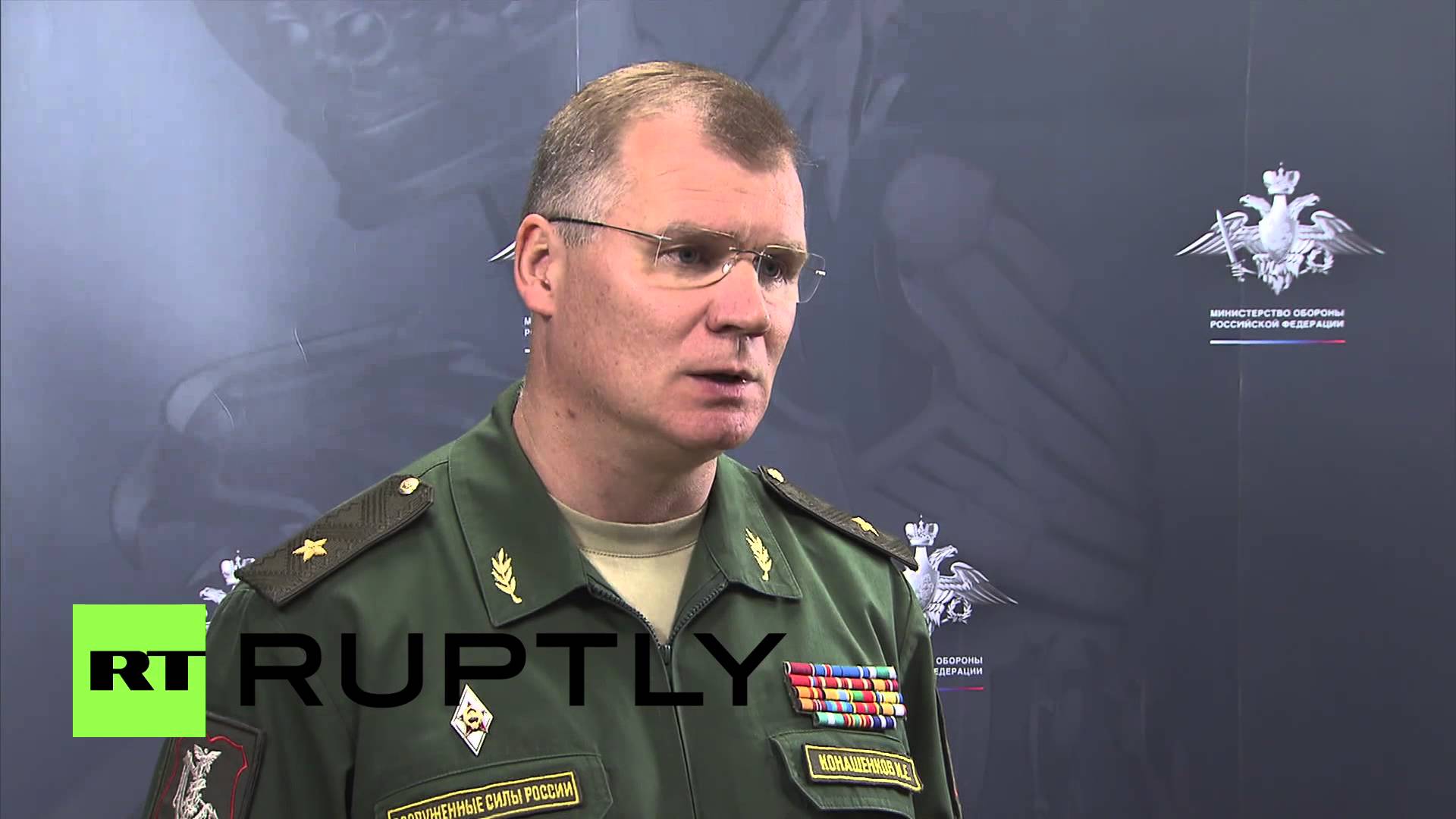 Confirming the MoD’s initial assessment of this illegal and unprovoked attack by the US on a sovereign nation it is not at war with, this report continues, the Syrian Army Command, likewise, reported:

“At 3:42 am today, the United States of America committed a blatant act of aggression targeting one of our air bases in the Central Region with a number of missiles, leaving 6 people martyred and a number of others injured and causing huge material damage.”

With casualty reports varying from 4-10 dead due to this US attack, this report notes, initial news video of the US-hit Shayrat airbase confirms the MoD’s assessment that the physical damage caused was relatively minor, with the main runways themselves suffering only slight, and superficial, damage.

Approximately 30 minutes prior to this unprovoked attack by the US on Syria, this report states, American military authorities notified Federation military commanders at the Joint Information Center (JIC) in Baghdad, Iraq, of this pending action—thus causing the MoD to immediately suspend the existing US-Russian memorandum on flight safety over Syria enacted to lesson the threat of all-out war occurring.

As to why the US targeted Syria with its military might, this report notes, was due to an alleged chemical attack incident occurring on 4 April in Khan Sheikhoun, Syria, that is currently under the occupation of Pentagon trained and equipped Al-Qaeda terrorists long known to possess chemical weapons—and that NATO member Turkey claimed was caused by the banned nerve agent Sarin.

Within 2 hours of this alleged Sarin gas attack upon the citizens of Khan Sheikhoun occurring, this report details, the Western propaganda mainstream “fake news” media began flooding their citizens televisions, newspapers and digital news feeds with absurd images purporting to be the aftermath of this attack—such as emergency workers hosing down little children with water with their bare hands to remove Sarin gas residue—which is impossible to occur with such a deadly nerve agent whose “real/true” emergency actors must take the utmost extreme measures to protect themselves from being instantly killed when contacting this deadly substance.

To how the Western propaganda mainstream “fake news” media were able to nearly instantaneously report on this alleged chemical attack charade, this report explains, was due to the forewarning they received—and as evidenced on 3 April, the day prior to this alleged attack, when an anti-Assad journalist tweeted that the next day he would be launching a media campaign to cover airstrikes on the Hama countryside, including the use of chemical weapons. Further examples of the Western propaganda mainstream “fake news” media’s pre-knowledge of this chemical attack charade have, also, been noted by many American experts—including those at the highly respected ZeroHedge organization who wrote:

“Observers further noted that on April 1st, 2017, a doctor on the ground in Khan Sheikhoun, Dr. Shajul Islam, had received several shipments of gas masks in the days running up to the chemical incident.

The revelations on Twitter fueled speculation that opposition figures were aware of the chemical attack days before it actually happened, contesting the narrative that the Syrian government was responsible. Daily Mail has reported that Dr. Shajul Islam was at one point sought by the British government in connection with the abduction of two journalists in , and security services have stated that Islam and his brother may have had ties to executioner "Jihadi John."

Additionally, footage from the scene of the incident taken by the Syrian White Helmets appears to show that their operatives were not assisting victims in a manner that was consistent with established protocol on how to handle sarin saturated bodies. Images appear to show that Syrian White Helmet operatives were handling purported sarin victims with their bare hands, rather than with gloves, which is necessary to prevent the rescuer being injured by the chemical themselves. They also appear to be using simple dust masks, which are not suitable protection in the event of a sarin attack.”

As to the “truest/real” reason for the US attacking Syria, though, this report continues, was provided by the former US Congressman Ron Paul who stated that it was “Deep State” action against President Donald Trump—with his further adding:

It was never proven in fact, and U.N. official Carla Del Ponte said it was most likely done by the rebels.

It makes no sense, even if you were totally separate from this and take no sides of this and you were just an analyst, it doesn’t make sense for Assad under these conditions to all of the sudden use poison gasses.  I think it’s zero chance that he would have done this deliberately.” US Congressman Paul’s statement that it has never been proven that Syria has ever used chemical weapons against anybody, this report further states, is supported fully by the United Nations Organization for the Prohibition of Chemical Weapons (OPCW) who, since 2012, have monitored and investigated all reports of chemical weapons use in Syria—including their definitive 2016 report proving that the Syrian regime conducted no chemical attacks, and who had just begun their investigation into this latest chemical attack charade just 3 days ago.

To how anyone in the West could actually believe that the Syrian government would launch a chemical attack with the OPCW monitoring its every move, and EVERYONE knowing that this attack was being pre-warned about by Al-Qaeda terrorists to their Western mainstream “fake news” media supporters, this report concludes, shows, once again, how the minds of the Western peoples to think truthfully and critically has gone missing—but that could possibly be found wherever those 36 Tomahawk cruise missile are—in someone’s imagination. April 7, 2017 © EU and US all rights reserved.  Permission to use this report in its entirety is granted under the condition it is linked back to its original source at WhatDoesItMean.Com. Freebase content licensed under CC-BY and GFDL.