A new Foreign Intelligence Service (SVR) report on the believed to be Islamic State (IS/ISIS/ISIL/Daesh) bombing of a crucial bridge in Atlanta, Georgia, states that American government authorities have launched a massive cover-up of this terror attack that the US now says was caused by a first-time-in-history steel reinforced concrete bridge suddenly catching on fire, while at the same time they’re ignoring eyewitnesses to this catastrophe—including Georgian resident Bobby Barnhart, who said he was 60 yards away from this bridge when he heard several explosions and a slow rumbling before its collapse and added “It was a big sound. You could feel the vibrations.”   [Note: Some words and/or phrases appearing in quotes in this report are English language approximations of Russian words/phrases having no exact counterpart.] 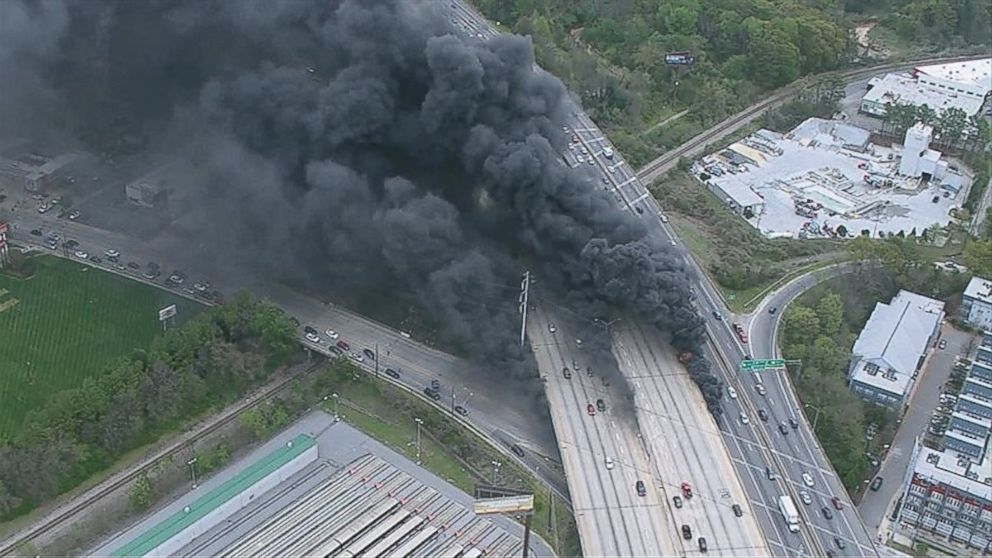 According to this report (and as we reported on in our 31 March report titled “Catastrophe Strikes Atlanta After ISIS Terrorists Blow Up Main I-85 Bridge”), on 31 March, the SVR issued a terror alert bulletin noting a large increase of signal intelligence (SIGINT) intercepts from both the US Federal Bureau of Investigation (FBI), and at least 7 of the 16 intelligence agencies under the command of the Office of the Director of National Intelligence (DNI) within minutes of this terror attack in Atlanta occurring.

In this new SVR report, however, an expansion of this SIGINT intelligence includes unencrypted US electronic intercepts from local Atlanta emergency officials (911 calls/ emergency scanners) pointing towards multiple initial citizen reports stating that several massive explosions had occurred with PVC piping debris being scattered over a large area.

Also to be noted in this new SVR report is its stating that at least 50 FBI specialized counter terror agents have descended upon Oconee County, Georgia (located 67 miles [107 kilometers] from Atlanta)—and who are conducting a massive investigation into a 6 March reported theft of up to 150 gallons of diesel fuel.

The critical importance of the FBI investigating the theft of this diesel fuel, this report continues, is due to ISIS describing in its online bomb making instruction guides (and videos) how to detonate 50-gallon barrels of diesel fuel using PVC pipe bombs to destroy large structures—such as concrete reinforced checkpoints, bridges and buildings. 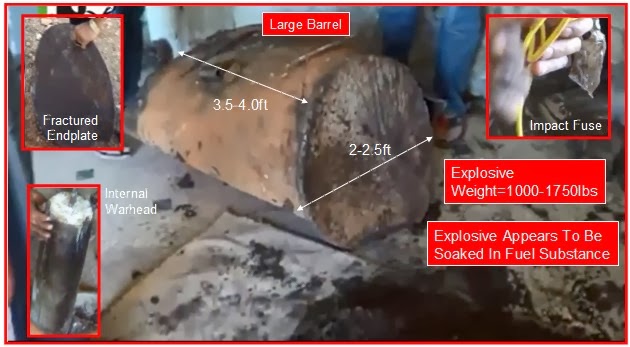 The power of using PVC pipe bombs to blow up 50-gallon barrels of diesel fuel, this report further notes, cannot be underestimated in its destructive power—and as evidenced by the SVR documenting two videos (see below) in this report—the first exhibiting a massive fire caused by just 75 gallons of diesel fuel, the the second showing the diesel fuel burning under the I-85 bridge in Atlanta.

So powerful, in fact, was this ISIS bomb used to destroy the I-85 bridge in Atlanta, this report explains, US authorities are now reporting that over 700 feet of this bridge has to be removed and totally rebuilt—but that within 8 hours of this attack occurring, they had removed every single bit of evidence debris from, including scrubbing all evidence of fire damage away from the scene too. 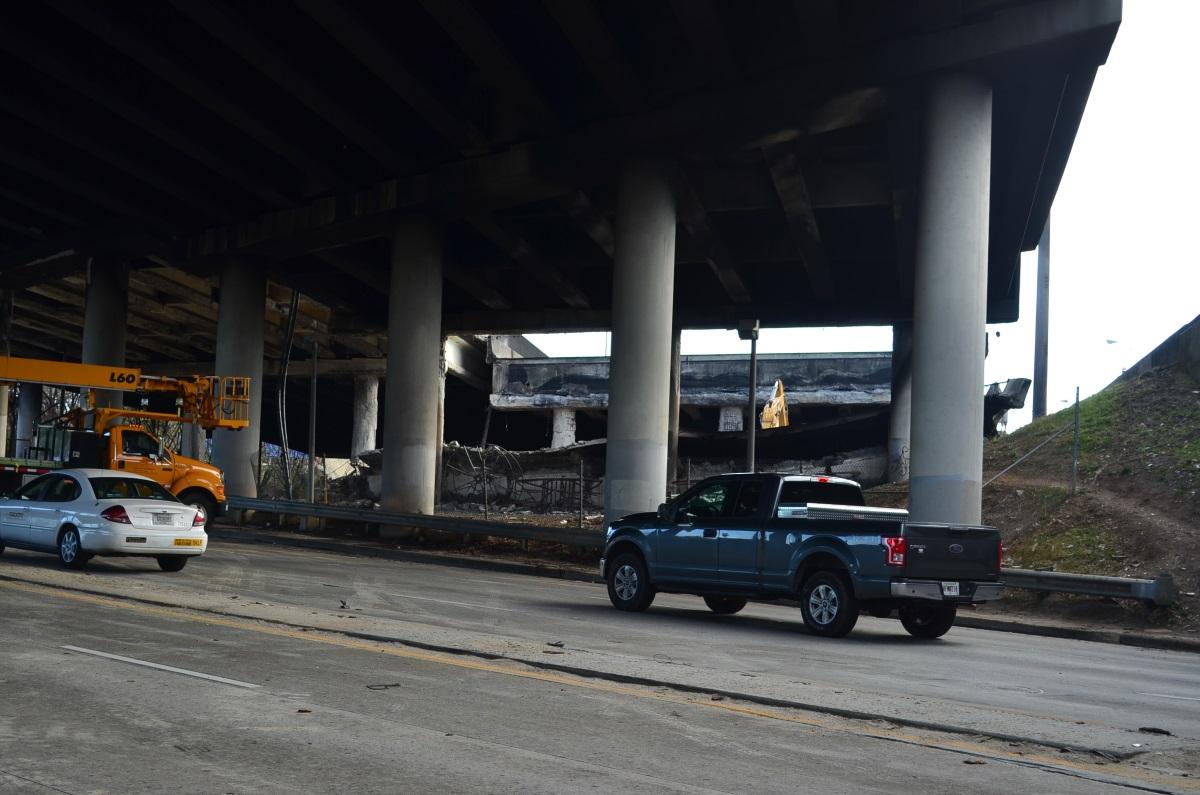 Where are the burn marks from the massive fire? 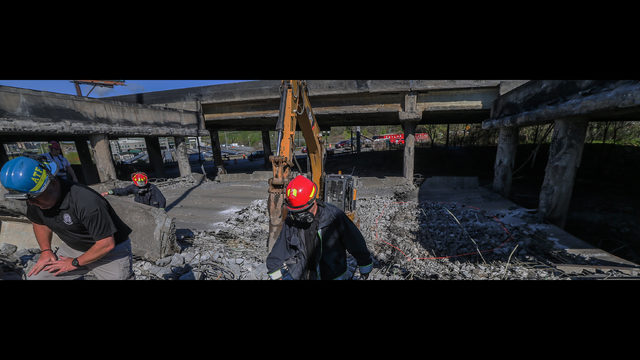 Where is the evidence of melted cables or anything else that was burnt? 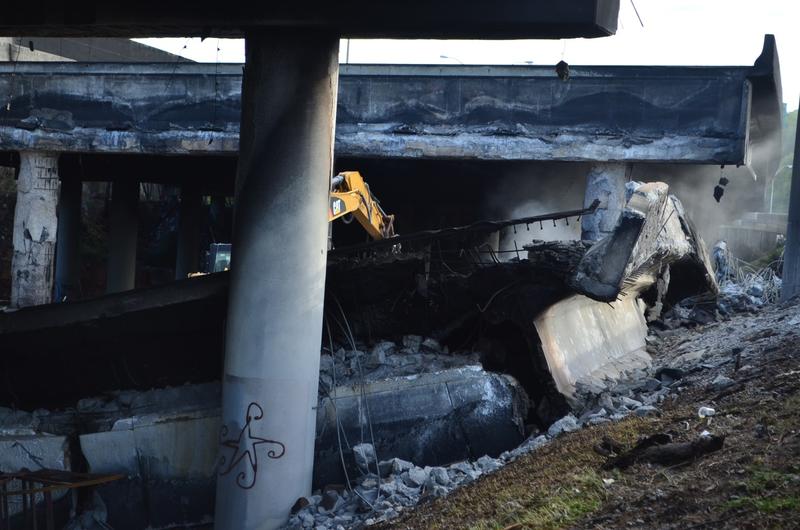 Where is the evidence that 3 homeless people caused this?

To the US government manufactured lies being used to explain to the American people how 700 feet of this I-85 bridge was able to be destroyed, this report says, would normally be laughable due to no one even believing the astonishing, ever changing, and impossible stories they are telling—including their stating that the Georgia transportation department stored coils of plastic conduit, used in fiber optic networks, beneath the span, but insisted they were noncombustible, that they claimed had been their since 2006 or 2007.

In order to believe this outlandish explanation, SVR analysts in this report state, is to believe that Georgia transportation authorities left unguarded hundreds-of millions of dollars worth of this fiber optic cable under the I-85 bridge—but who have, nevertheless, arrested 3 homeless people for setting on fire, and charging one of them with causing over $200 million in damage.

As to how these 3 homeless people were able to ignite hundreds-of-millions of dollars worth of virtually non-combustible and non-explosive HDPE -- high-density polyethylene -- pipes used in traffic management, cabling, fiber-optic and wire networks for telecommunication companies such as AT&T and Google Fiber, that Georgia transportation officials claimed was stored under the I-85 bridge for over 10 years, this report concludes, no US authority has yet to explain or show any evidence of—with SVR analysts stating that the reason why is simple: “After they got the American people to believe in the 9/11 and President Kennedy assassination fantasies. why should they care about the truth and stop now?” 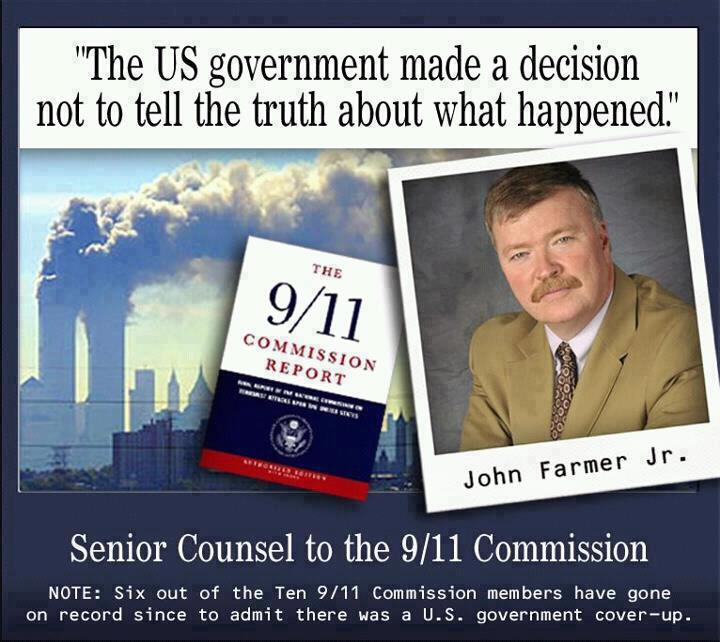 April 2, 2017 © EU and US all rights reserved.  Permission to use this report in its entirety is granted under the condition it is linked back to its original source at WhatDoesItMean.Com. Freebase content licensed under CC-BY and GFDL.