A striking new report released in the Kremlin today by the Security Council (SC) is warning that forces loyal to Hillary Clinton and former President Barack Obama have launched an all-out assault against President Donald Trump—and that coincides with the suiciding of a top New York City banker who was scheduled to meet yesterday with US Attorney General Jeff Sessions in front of a Grand Jury investigating Clinton-Obama money laundering crimes.  [Note: Some words and/or phrases appearing in quotes in this report are English language approximations of Russian words/phrases having no exact counterpart.] 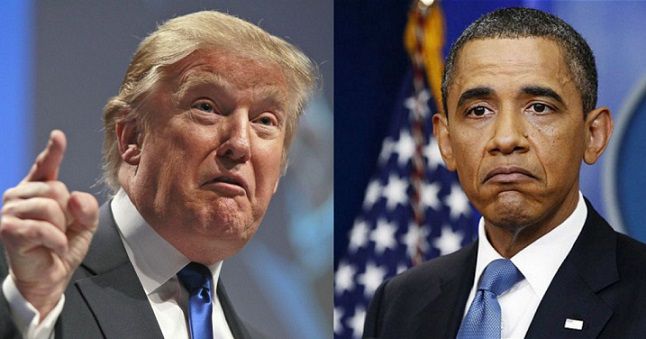 According to this report, operating from what SC intelligence experts describe as the “Black House”, former President Obama has assembled around him in Washington D.C. a “shadow government” in his walled compound a few blocks from President Trump’s “White House”—with the “Black House” being described as “the nerve center for the Obama-Clinton plan to mastermind the destruction of Trump”, and that Obama’s former top aide Valerie Jarrett just moved into, with his former Attorney General Eric Holder yesterday, also, foretelling Obama’s return to battle by his stating: “He's coming, And he's ready to roll.” 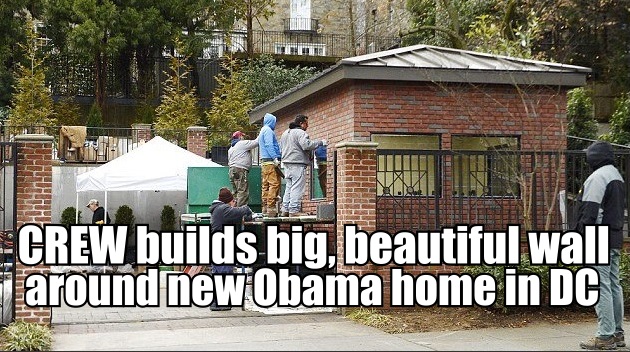 Most fearful to both Obama and Clinton, this report continues, is Trump’s Attorney General Jeff Sessions accelerated seating of a Grand Jury to investigate a vast international money laundering scheme put into place in 2011 when both Obama and Clinton pushed through a free trade deal with Panama—and that was warned would explode the transfer of illegal funds the world over.

One of the largest beneficiaries of this vast Obama-Clinton money laundering scheme, this report details, was Germany’s Deutsche Bank—who, in fact, paid Hillary Clinton $485,000 in “speaking fees” for her part in this illegal operation—and when combined with other large international banking “speaking fees” awarded to her for this “deal”, showed her gaining an additional $2.9 million in wealth between 2013-2015. 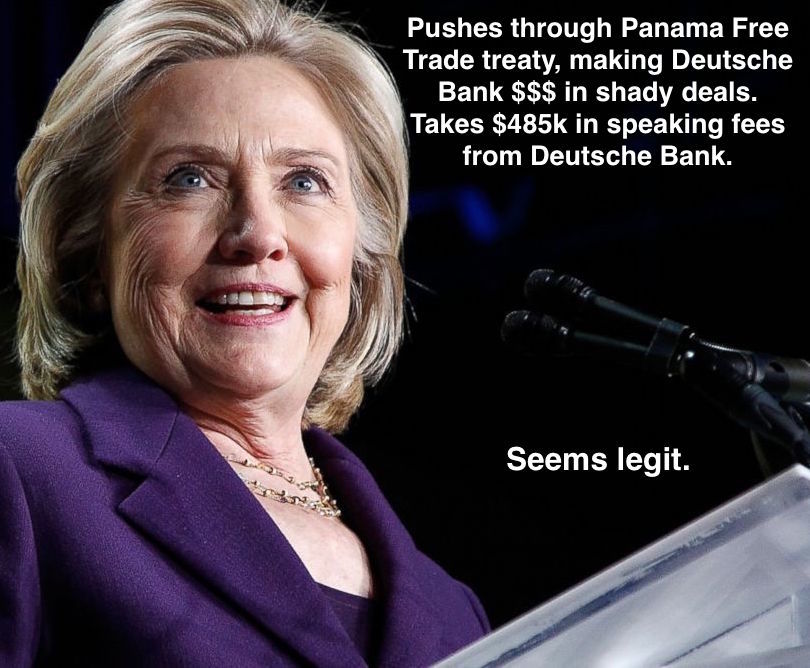 The “main/central” intermediary between this shadowy hedge fund and Obama-Clinton, this report continues, was Arrowgrass Capital Partners executive Kevin Bell—whom Hillary Clinton had ensconced in an historic New York City building called The Apthorp—and whose messages were “hand relayed” by his neighbor, the Oscar winning singer Jennifer Hudson—who is a close Hillary Clinton and Obama confidant and whose family has long known ties to the Chicago based black terror organization called the Gangster Disciples—and that Kevin Bell was reported to have suicided himself off of yesterday morning prior to his flying to Washington D.C. to meet with Attorney General Jeff Sessions. Barely 12 hours after Kevin Bell was suicided, this report further notes, the radical leftist MSNBC television news network began an unprecedented two-hour attack programme against President Trump and his “Russian connections” where “breaking news” was coincidentally released saying that Attorney General Jeff Sessions had met with Russia’s ambassador to the United States during Trump’s campaign for the presidency.

Important to note about this MSNBC “breaking news”, this report continues, was that it actually wasn’t a secret that then US Senator Jeff Sessions, as the head of the US Senates Armed Services Committee, met with Russia’s ambassador to the United States as during the Republican National Convention in Cleveland, Ohio, he gave a speech for the Heritage Foundation that was attended by 50 ambassadors from all around the world. Even further to note, this report continues, is the “Black House” directed US mainstream propaganda media failing to note any truthful facts about Sessions—including his office’s statement saying: “Last year, the senator had over 25 conversations with foreign ambassadors as a senior member of the Armed Services Committee, including the British, Korean, Japanese, Polish, Indian, Chinese, Canadian, Australian, German and Russian ambassadors. He was asked during the hearing about communications between Russia and the Trump campaign--not about meetings he took as a senator and a member of the Armed Services Committee.”

Joining this “Black House” assault upon Attorney General Sessions, this report details, are former Bush regime officials, including Bush’s former ethics lawyer, Richard Painter, who is calling for Sessions to be jailed for lying to the US Congress—and that in exchange for these shameful actions against Trump, the radical leftist US media is now morally and reprehensibly rehabilitating former President Bush’s reputation—“The man who launched a blatantly illegal war based on an outrageous lie - and which destabilized not just the Middle East but the entire world, is now being lauded in Western liberal circles for his tacit criticism of Donald Trump’s attacks on the press and for calling for ‘answers‘ on the new President’s alleged ties with Russia.” At the same time the Obama-Clinton “Black House” is attacking Trump’s attorney general, this report further states, the propaganda US media is, also, failing to inform the American people that the supposed “Russian dossier” that started this whole “Trump-Russian” charade is being destroyed daily in US Courts—and that the radical leftist BuzzFeed news site that first “leaked” this information has been forced to retract the major focus of.

To the greatest fear, however, of the Obama-Clinton “Black House”, this report continues, is that the American people are beginning to see through the “wall of lies” being built around President Trump by the radical left propaganda media—and as evidenced by Trump’s “knock it outta the park” speech before the US Congress on Tuesday that was viewed by over 58 million people (25% more than watched Obama last year) and that 78% of them viewed positively.

With the Obama-Clinton “Black House” having to admit that President Trump is “kicking their ass” as this war wages on, this report concludes, these radical leftists, however, are not stopping their attacks—the most outrageously shameful of them being the top volunteer for Hillary Clinton's campaign, Dan Grilo, calling the sobbing widow of a US Navy SEAL being honored by Trump, and as seen by tens-of-millions of Americans, “an idiot”. Not an “idiot” Carryn Owens (center), the wife of slain Navy SEAL William Ryan Owens, grieving the loss of her husband before her President, Congress and fellow American people.

March 2, 2017 © EU and US all rights reserved.  Permission to use this report in its entirety is granted under the condition it is linked back to its original source at WhatDoesItMean.Com. Freebase content licensed under CC-BY and GFDL.