A stunning Ministry of Foreign Affairs (MoFA) report circulating in the Kremlin today states that President Barak Obama signed an order this past week instructing the National Security Agency (NSA) to turn over to the Central Intelligence Agency (CIA) secretly recorded private telephonic conversations and text messages of President-elect Donald Trump and his Transition Team (GreatAgain)—and who then, in turn, began illegally releasing them to the US mainstream “fake news” propaganda media in order to destroy this new leaders ability to lead his nation to peace and prosperity. [Note: Some words and/or phrases appearing in quotes in this report are English language approximations of Russian words/phrases having no exact counterpart.] 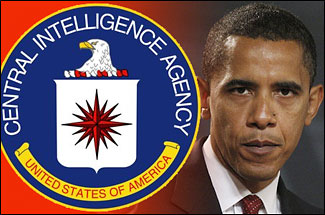 According to this report, on 12 January, President Obama, for the first time in US history, quietly ordered [because the US mainstream media didn’t tell the American about this] the NSA to begin turning over its raw wiretapping surveillance date to the CIA and other anti-Trump intelligence agencies—and within 4 hours, The Washington Post wrote an article based on “anonymous high-level US government sources” that President-elect Trump’s National Security Advisor designate, General Michael Flynn, had exchanged text messages and telephone calls with the Federations Ambassador to America Sergey Kislyak.

With the globally respected Electronic Frontier Foundation (EEF) having previously warned that the NSA, in collusion with America’s private telecommunication companies, “has engaged in massive, illegal dragnet surveillance of the domestic communications and communications records of millions of ordinary Americans since at least 2001”, this report continues, in 2008, the true and horrifying scope of what this massive US spy agency was doing was revealed during a television interview with the American movie actor Shia LaBeouf inadvertently revealed that when he was working with an FBI advisor on his film “Eagle Eye”, he had played back to him NSA recordings of phone calls he had made in 2006.

Prior to President Obama signing this 12 January order, this report notes, the CIA could only get data on President-elect Trump and his Transition Team after the NSA filtered it to remove irrelevant names and personal information—but as the CIA’s “Deep State” war against their new leader intensifies, and their now having full access to all of Trump’s phone and text records, a new “level of hostility” has been reached in the US bringing closer to reality the warning issued by former German defense spokesman Willy Wimmer to President Putin, and who said: “there is a network of resistance against the President (Trump) who will be in office on the 20th of January...and what’s going on in Washington sounds like the beginning of a civil war”.

And to how close “civil war” may actually be between President-elect Trump and his CIA-led “Deep State” adversaries, MoFA analysts in this report say, was displayed yesterday when America’s new leader ordered the US Army military commander overseeing his security during the 20 January inauguration to resign exactly 60 seconds after he takes the oath to office—after which, and as we’ve previously reported, then President Trump will surround himself and his family with some of the most feared private mercenaries in the world. 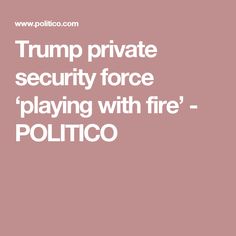 President Obama as the now de facto leader of the leftist communistic forces in the US, this report further details, escalated this CIA-led “Deep State” war against President-elect Trump after receiving intelligence that the CNN television news network is going to be sold in order for the AT&T-Time Warner deal to be approved by the new Trump Administration—and whose buyer is suspected to be a consortium of “private investors” led by Jewish-American multi-billionaire Las Vegas casino magnate Sheldon Adelson, who has already given Trump over $100 million to defeat the elite demonic globalists attempting to destroy America, Russia and Israel too.

The CNN television network that President Obama and his CIA-led “Deep State” forces rely on to spread their vile and corrupt propaganda, this report explains, is widely known in the US as the “Clinton News Network” for its colluding with Hillary Clinton, and one of whose reporters, this past week, Jim Acosta, was publically forced into silence by President-elect Trump at a news conference—and who rightly called this news network “fake news” for its incitement of Obama-Clinton leftist communist supporters.

With President Obama, also, yesterday extending the illegal sanctions against Russia for another year, this report concludes, President-elect Trump is showing no signs at all of surrendering to these CIA-led “Deep State” coup plotters—and who just in the past 12 hours stated  “If you get along and if Russia is really helping us, why would anybody have sanctions if somebody’s doing some really great things?”, and even more fearful to these elite demonic globalists, warned that America’s “One China Policy” may be at an end stating “everything is under negotiation”. 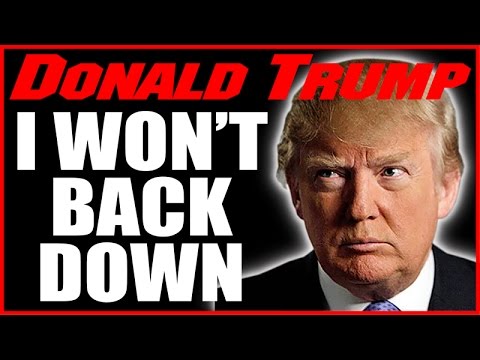 January 14, 2017 © EU and US all rights reserved.  Permission to use this report in its entirety is granted under the condition it is linked back to its original source at WhatDoesItMean.Com. Freebase content licensed under CC-BY and GFDL.