The Ministry of Defense (MoD) is reporting today that President Putin has authorized combat ground operations to begin in utilizing strategic Aerospace Forces protection operations in support of the internationally authorized military forces under the control of the legitimate government of .

According to this report, President Putin issued this order after the Obama regime notified the MoD that there were only militants in the areas of ’s military operation against Islamic State (ISIS/ISIL) forces in . Which was confirmed by Lieutenant General Andrey Kartapolov, head of the Main Operation Directorate of the General Staff of Russia’s armed forces, who stated:. “The Americans informed us during contacts that there was no one except terrorists in this region”. 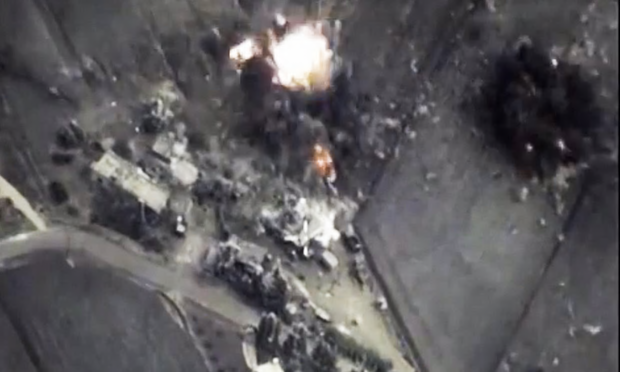 Of the authorized military forces in who will be protected in their ground operation against ISIS/ISIL by Aerospace Forces, this report notes, are all elements attached to the Syrian Arab Army (SAA) by official documentation provided to the MoD by the Syrian government.  Though not explicitly stated in this report, those forces currently operating within the SAA are widely known to include Shiite armed fighters associated with Lebanon’s Hezbollah and Iran’s Revolutionary Guards along with various Iraqi Shiite militia forces pouring into this war zone.

Interestingly too is this MoD report stating that both the Syrian and Iraqi Kurdish People's Protection Units (YPG) are, likewise, to be afforded Aerospace Forces protections.

These US-Kurdish allies have welcomed Russian airstrikes and have offered to fight alongside Russia against the Islamic State and have, also, asked Moscow for weapons. The YPG, it’s important to note, has recently had to slow its offensive against ISIS/ISL forces after , a US-NATO ally and bitter rival of the Kurds, objected to its success, and US bombing missions over northern have dropped precipitously since leaving them at the Islamic States mercy.

And to how the Obama regime had actually been conducting their “war” against ISIS/ISIL, this report says, appears to have been nonexistent as no evidence has yet been discovered by Russia that the Americas ever actually bombed them—which explains why Iraqi Prime Minister Haider al-Abadi this week stated that his nation, too, would welcome Russian airstrikes against the Islamic State. 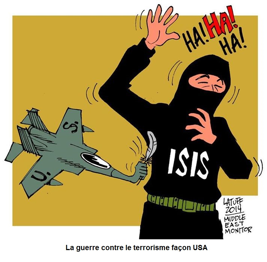 With new documents proving that the Obama regime and its partners in the Gulf states, and Turkey, supported ISIS/ISIL and planned to establish a Salafist principality in Syria, MoD experts in this report warn, yesterdays threat by these Gulf States declaring that they will militarily intervene on behalf of ISIS/ISIL, and other terrorist groups, in Syria, has greatly accelerated the likelihood of this conflict reaching international proportions.

As a pivotal turning point in this conflict has now drawn in all of the world's military powers, these MoD experts in this report explain, Russia and the US are now engaged in combat over the same country for the first time since World War II—and with Chinese air forces also preparing to join Russia in conducting airstrikes over Syria combined with the 36,000 troops, 200 aircraft and 60 war vessels just mobilized by NATO, just the merest of sparks could set off World War III.

In order, however, to avert a global war, this report says, SAA ground gains in this conflict, under the protection of the Aerospace Forces, is critical in its speed as just this morning, members of the Syrian opposition signed a final declaration after two-day marathon talks at the conference in the Kazakh capital of Astana to reestablish in Syria a government for its own people.

Concurring with Russia in preventing a larger more catastrophic war, this report further states, is Israel, whose Prime Minister, Benjamin Netanyahu, and top military chief, Chief of Staff Lt.-Gen Gadi Eisenkott, flew to Russia last week for intensive meetings with Russian officials on efforts to coordinate with Moscow amid its military roll-out in Syria.

After these meetings, this report says, it was concluded that the IDF and MoD would set up a joint working group to coordinate their Syria-related activities in the aerial, naval, and electromagnetic arenas, but which President Obama refused to be a part of. 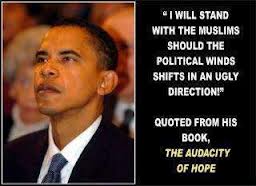 Most perversely though about the Obama regime, this report concludes, is not only have they not offered to support Russian military forces who are now risking their lives to protect the Syrian people from some of the most brutal and sadistic terrorists our world has ever seen, they have actually begun a propaganda war of lies stating that Aerospace Forces have been killing innocents and targeting al-Nusra militant forces—which, of course, the American press refuses to tell their citizens is actually al Qaeda whom they blamed for their 11 September 2001 attacks.

And at the exact same time Russia is engaged in destroying al Qaeda and ISIS/ISIL forces in Syria (and soon Iraq), the Obama regime supported Sunni Saudi Arabian regime continues their barbaric bombing of Yemen, that since March has killed over 7,000 civilians, including over 500 children, and, just yesterday, US air forces bombed and destroyed a defenseless Doctors Without Borders hospital in Afghanistan that the medical staff tried in vain to stop for over an hour in frantic calls to Washington D.C. that were met with silence—and the UN is now calling a war crime.

As to how the American people themselves still allow themselves to be associated with such a brutal and barbaric regime that has spread more war and terror across the globe than all of the other world’s nations all put together is nothing more than a testament into how completely propagandized these people are—which nothing, perhaps, shows more visibly than this chart showing the carnage started by the US versus that of Iran since the ending of World War II:

Other reports to read on the October 2015 War include: Putin Orders Military Draft Of 150,000 As Russian Air Fury Pounds Syria  Oregon Mass Shooter On Terror List Obama Refused To Take From Russia

October 4, 2015 © EU and US all rights reserved.  Permission to use this report in its entirety is granted under the condition it is linked back to its original source at WhatDoesItMean.Com. Freebase content licensed under CC-BY and GFDL.