A new Foreign Intelligence Service (SVR) report circulating in the Kremlin today states that the National Security Agency-Central Security Service (NSA/CSS) [aka NSA] documents provided to a Senior Counselor attached to the Federation Chancery [Russian Embassy] in Washington D.C. by “renegade” US spy Tunisia Davis on 30 April detail the existence of a Obama regime secret police force numbering nearly 100,000 that is led by an elite group of what are described as “Black Masonic” radicals.

The SVR had previously reported [See our report: Renegade US Spy Who Warned Russia Of War Put In Mental Hospital By Obama] that Ms Davis was arrested by the Obama regime on 30 April after being apprehended at the headquarters of the Central Intelligence Agency (CIA) which she had traveled to after leaving the Federation Chancery, which was preceded by her “visit” to the NSA where, presumably, these documents were obtained from.

After Ms Davis was arrested and jailed, and then not allowed a Court presence being instead put into a mental hospital, this report says, the US demanded, on 1 May, the return of the NSA documents provided by her to the Federation…a request the Federation replied to, on 2 May, by stating they would comply as long as the US provided them with a detailed list stating exactly what documents the US were requesting.

Though the US refused to provide this requested detailed list of documents alleged to be in the possession of the Federation, this report continues, 3 days later, on 5 May, the North Atlantic Treaty Organization (NATO) suddenly announced that they had set up a direct military-to-military communication link with the Federation to deal with any issues they might face amid mounting tensions between the West and Russia.

Even more bizarre, this SVR report notes, is that at the same time NATO announced on 5 May it was reestablishing military contact with the Federation in order to forestall war, US police officials in California announced the arrests of Brandon Kiel, Tonette Hayes and David Henry, all three of whom are said to be high ranking officials of the Masonic Fraternal Police Department (MFPD). 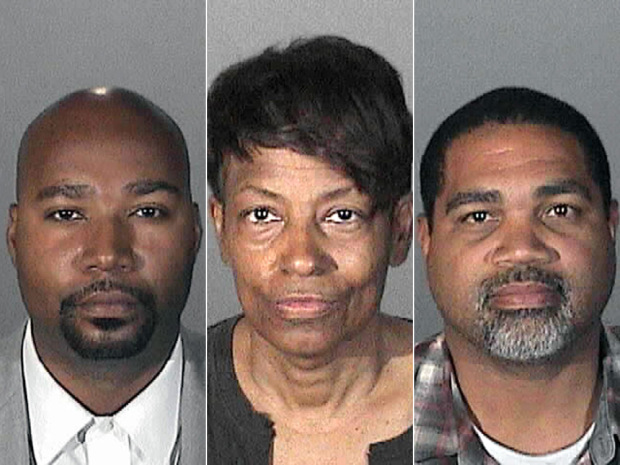 The significance of these three MFPD officials arrest, SVR intelligence analysts in this report say, are that these are also some of the individuals noted in the NSA documents provided by Ms Davis detailing the existence of this heretofore secret Obama regime police force.

In fact, this report says, when Ms Davis first indentified herself to the Senior Counselor at the Federation Chancery on 30 April, she identified herself as being an “agent” of the MFPD “working on behalf of the world” and showed a police-like badge as verification to her remarks. 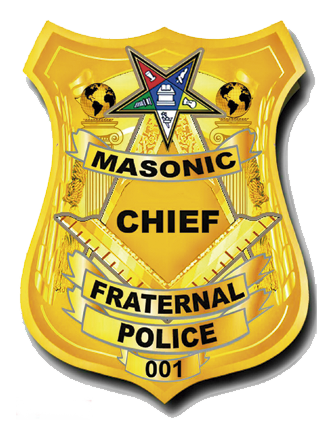 To the high-ranking MFPD officials arrested in California, this report continues, David Henry was identified as being this organization’s Chief of Police and “Absolute Supreme Sovereign Grandmaster”, while Brandon Kiel has been identified as being a top official in California’s Department of Justice as an aide to State Attorney General Kamala Harris.

And as to the reason(s) for these MFPD officials being arrested, this report continues, it remains curious as published news reports state they were charged with impersonating police officers, but for “reasons and motives unknown”.

However, SVR analysts in this report state, in the NSA documents about the MFPD provided by Ms Davis as to the true “reasons and motivations” for this mysterious police force lies in President Obama’s own words, when while campaigning for the Presidency in 2008 he publically stated: “We cannot continue to rely only on our military in order to achieve the national security objectives that we've set. We've got to have a civilian national security force that's just as powerful, just as strong, just as well-funded.”

As to how Obama has been able to amass this large and secretive police force he promised to create in 2008, this report continues, has been through his “connections/leadership” of the organization called Prince Hall Freemasonry directed from their Grand Hall in Philadelphia, Pennsylvania…where the last four mayors and Governor have all been Freemasons.

According to the NSA documents provided to the Federation by Ms Davis about how Prince Hall Freemasonry links to Obama created this private army, SVR analysts note in this report, centers around the world’s largest broadcasting and cable company, Comcast, who through its Philadelphia based headquarters have received uncounted billions-of-dollars in Obama regime directed US government subsidies which it has then transferred to Jesse Jackson’s Rainbow PUSH Coalition, Kweisi Mfume’s National Association for the Advancement of Colored Peopl (NAACP) and Obama's “go-to black leader”, and former FBI informant, Al Sharpton.

After “Obama’s money” flowed through Comcast to the Rainbow PUSH Coalition and NAACP to recruit and arm members of the MFPD, this SVR report further notes, the NSA documents provided to the Federation by Ms Davis shows the spending of it to create this private “Black Masonic” army/police force was dictated by Obama himself using his chief coordinator/conspirator Al Sharpton…whose visits to the White House to receive his instructions number in the hundreds, but only 72 of which are labeled as public.

Even more important to note about Al Sharpton, SVR signal intelligence analysts in this report state, is that in 2009, after Obama took office, the Philadelphia based Freemasonry controlled Comcast bought NBC Universal the owner of the US cable news channel MSNBC, and then, in 2011, made Sharpton a host of his own news programme called Politics Nation, which “suspiciously/ deliberately” delivers during this show a “mysterious signal/channel” to what are called the nationwide Wi-Fi hotspots Comcast has created using its own customers cable box/routers, and without their permission.

As to if this mysterious signal emanating from Sharpton’s Politics Nation programme is being received by the forces belonging to the “Black Masonic” MFPD this report doesn’t fully clarify…but does note that further examinations of this issue are continuing.

And to why Obama would even create such a “Black Masonic” secret police force, this report concludes, is to have it ready to take over large black populated US cities during a time of insurrection which much hated and feared white police officers will be unable to control.

Other reports in this series: Renegade US Spy Who Warned Russia Of War Put In Mental Hospital By Obama

May 10, 2015 © EU and US all rights reserved.  Permission to use this report in its entirety is granted under the condition it is linked back to its original source at WhatDoesItMean.Com. Freebase content licensed under CC-BY and GFDL.