The Foreign Intelligence Service (SVR) is reporting today that a “renegade” American spy who approached a Federation Embassy official in Washington D.C. last week and provided documentation she claimed “proved” the United States was intending to start a massive global war has been placed incommunicado in a mental hospital under secret orders issued by President Barack Obama.

According to this report, on 30 April, a Federal Bureau of Investigation (FBI) agent named Tunisia Davis approached the Federation Chancery (located on Wisconsin Ave., NW, Washington D.C.), identified herself to a Senior Counselor as being an internal domestic intelligence agent of the United States, warned that the Obama regime was planning an “imminent” false flag “incident” in order to provoke a global war and mass insurrection within America itself, handed to the Senior Counselor a “large” package of National Security Agency-Central Security Service (NSA/CSS) [aka: NSA] documents she claimed proved her accusations, and then left without any further comment.

Important to note about Ms Davis, this report continues, is that the SVR had long known of her covert activities within the FBI since 2004…an organization the American Civil Liberties Union (ACLU), in 2013, labeled as being a “secret domestic intelligence agency” more noted for its abuses than for its actually solving, or preventing any acts of terror against the citizens of the US.

In 2010, this report further notes, Ms Davis became an “off-the-books operative” of the FBI enabling her to conduct domestic terror “actions” which mainly centered around her indentifying domestic dissidents who agreed with her “created persona” of being a disaffected agent against the Obama regime, and which she freely displayed on her MahoganyChange.org Facebook page.

After leaving the Federation Chancery on 30 April, this report continues, US media reports state that Ms Davis was then subsequently arrested at the Central Intelligence Agency (CIA) where she was accused of attempting to grab the weapon of a security police official and threatened to bomb that intelligence agencies headquarters. 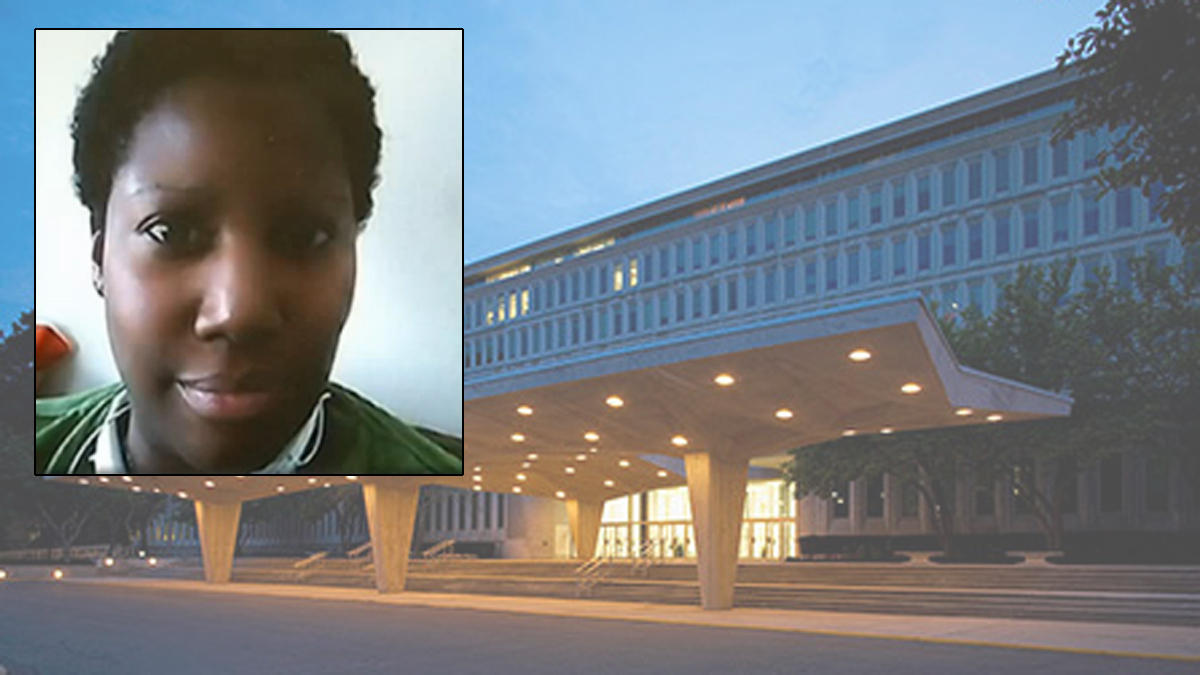 According to these US news sources about the arrest of Ms Davis, an affidavit filed by CIA investigators said she drove to the main gate of CIA headquarters on the afternoon of 30 April and drove past an officer who tried to stop her. A second officer had to physically stand in front of ’ vehicle to stop her.

Ms Davis was then taken into custody. Shortly after, CIA investigators said, she reached toward an officer’s firearm. She denied trying to reach the gun, but an investigator said she later threatened to shoot the CIA officers and to bomb the agency.

records further indicate was denied entry at the NSA on 30 April too. Those records said Ms Davis told NSA officers about plans to test the security at the CIA. NSA officers issued a “be on the lookout” to order police after their encounter with , according to the court affidavit filed by the CIA.

To the “comical actions” of a highly trained FBI domestic intelligence agent of Ms Davis’ extensive expertise to have committed the acts she has been accused of is “beyond absurd”, this SVR report says, stating that it is “beyond all doubt” that her arrest and apprehension was due solely to her contact with the Federation just prior to her arriving at the CIA.

Even worse, this report says, was that Ms Davis was denied her US Constitutionally protected right to personally appear in Court to hear the “absurd” charges read against her as the Judge stated that she was acting inappropriately and was uncooperative and that force would have been needed to get her from US Marshall’s custody in Alexandria, Virginia, into the court room.

So instead of Ms Davis being able to appear in Court, where she would have undoubtedly told the truth about what had happened to her, this report grimly notes, Ms Davis was, instead, ordered to be immediately placed in a US federal government mental hospital…and which SVR intelligence analysts in this report note could only have been done under the express order of President Obama, who unlike US Judges, is able to suspend the Constitutional rights of any American citizen he so chooses as long as he calls them terrorists.

As to the contents of the “large” package of NSA documents Ms Davis had “entrusted” to the Federation on 30 April in support of her claims the Obama regime was planning a global war and mass insurrections within the United States, the SVR further notes in this report, the United States demanded their immediate return on 1 May.

However, this report says, when the Federation replied to the Obama regime, on 2 May, that all of the documents “entrusted” to them by Ms Davis would be returned upon the Americans giving them a detailed list of what they were alleged to have so as to prove their exact ownership…the US declined.

Even more astounding, this report concludes, 3 days later, on 5 May, the North Atlantic Treaty Organization (NATO) suddenly announced that they had set up a direct military-to-military communication link with the Federation to deal with any issues they might face amid mounting tensions between the West and .

[Note: A further report on these NSA documents provided to the Federation by Ms Davis will be forthcoming.]

May 7, 2015 © EU and US all rights reserved.  Permission to use this report in its entirety is granted under the condition it is linked back to its original source at WhatDoesItMean.Com. Freebase content licensed under CC-BY and GFDL.