Are You Ready? You’d Better Be! 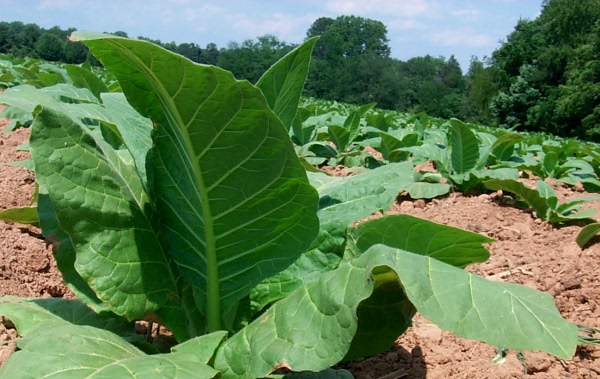 Seeds For Protection, For Your Future, For Profit

“Necessity has no law.”

Note: This is the only offer we’re able to make for the 2012 summer planting season for these seeds. Supply is extremely limited and orders will be filled on a first come first served basis.

The Sisters overseeing our United States Appalachian Refuge Project have notified us that there is available for a limited time to Sorcha Faal reader’s Wild Tobacco (Nicotiana rustica) seeds for those seeking to add this resource to their long-term survival/economic protection packages and plans.

Wild tobacco, also known as Sacred Tobacco, originated in but was widely cultivated throughout by native peoples for ceremonial purposes. Cultivated worldwide for smoking and nicotine production (it contains up to twenty times more nicotine than common North American varieties) it is still widely used as a psychoactive substance by South American shamans.

What makes this offer even more critical for your consideration is a ‘secret’ about tobacco that neither your governments, your media, or your doctors will tell you, and that is that nicotine is one of the most powerful anti-inflammatory substances known!

And what makes this FACT critical to all of us today is because as the Swine Flu Pandemic sweeps the Globe, nicotine, although one of the most addictive chemicals, blocks what are called ‘Cytokine Storms’ that are killing otherwise healthy Swine Flu victims even as these words are being written.

The tobacco plant is a member of the same botanical family as tomatoes, potatoes, peppers or eggplants. An adaptive species, it can be grown economically from 50° Northern to 40° Southern latitude.

Tobacco thrives in poorer soils, providing farmers with a welcome alternative crop. In many cases, it provides a higher income than any other smallholder crop.

As a crop, it integrates well into environmentally friendly rotations, and its inclusion benefits subsequent crops like maize.

During times of economic upheaval and war tobacco has been the #1 cash crop for those seeking a readily available source of much needed funds and the world’s best barter commodity.

Anyone wishing to take advantage of this special offer will receive between 800-1000 heirloom Wild Tobacco seeds with complete planting instructions for $22.00 [US Funds Only]. [£13 or  €15]

For those wishing to store their seeds for future use they can be frozen for an indefinite time period that measures in the decades and not in years.

All of you are strongly urged to avail yourself of this offer as this will be our last offer for these seeds until late 2012. Also keep in mind that in all likelihood these seeds, all tobacco seeds in fact, are likely to be banned for sale in the US in the near future since the control of tobacco in America was recently given to their Food and Drug Administration under their new laws enacted June 22, 2009 and with just the ‘stroke of a pen’ this most vital of crops will be denied to you FOREVER!

And for those of you not believing that tobacco, its seeds, and its products are not in immanent danger of being totally banned, THINK AGAIN!

One need only look at the ‘path’ taken to criminalize marihuana (one of the most beneficial and valuable crops ever grown) in the United States that began with its severe taxing in 1937 (later ruled by the US Supreme Court to be unconstitutional in 1969), to its being made illegal in 1970 as a guide of what is soon to happen to tobacco.

Again, this is a very limited offer and is on a first come first served basis, and the offering price is far below that of any commercial seed offering for the same quantity and quality being offered here.

It is important to note that by your purchasing of these seeds you are also certifying that you are complying with all of the applicable laws pertaining to tobacco as they relate to your country including being of proper age to make this purchase.

Note: Cost does not include $4.50 [] World-Wide Shipping and Handling.