“Civilization is like a thin layer of ice upon a deep ocean of chaos and darkness.”

This past fortnight I found my mind wondering back to “Aguirre, the Wrath of God”, the 1972 epic historical drama film produced, written and directed by renowned New German Cinema pioneer Werner Herzog—a film depicting several scores of Spanish conquistadors and their hundred enslaved indigenous peoples searching the jungles of South America looking for the fabled city of gold El Dorado—is a morality play about the evil that overcomes those lusting for wealth and power—and whose last survivor, expedition commander Don Lope de Aguirre, shouted to the troop of wild monkeys about to devour him: “I, the Wrath of God, will marry my own daughter, and with her I will found the purest dynasty the world has ever seen…Together, we shall rule this entire continent…We shall endure…I am the Wrath of God…Who else is with me?”.

Though nearly a decade younger than me, Herzog and I both had to rise from the ashes of a World War II defeated and destroyed Germany as children living through an example of what evil people lusting for wealth and power are capable of doing when no one opposes them—saw Herzog, in commenting on how truly fragile our world is if evil isn’t opposed, warning: “Civilization is like a thin layer of ice upon a deep ocean of chaos and darkness”—and into how far our world has, once again, descended into this “deep ocean of chaos and darkness” because evil isn’t being opposed, today it sees Australian Defense Minister Peter Dutton celebrating his court victory over a mean tweet that hurt his feelings at the same time his military forces have begun throwing Australians into quarantine concentration camps—are concentration camps for those deemed infections vermin, like the Nazis declared Jews to be and made them wear yellow stars before exterminating them—and is an evil history now repeating itself as unmasked British school children are being forced to wear yellow badges designating them as vermin. 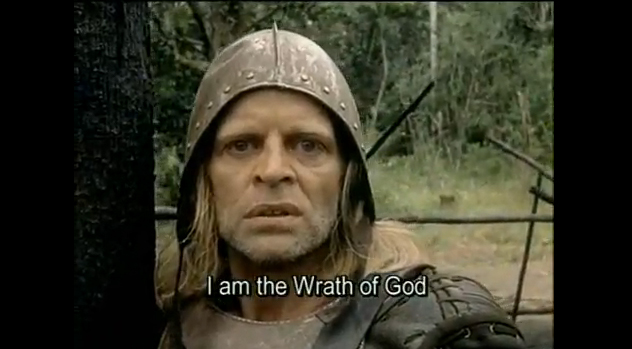 For nearly twenty years, my Dear Sisters have diligently warned that a rapidly rising unopposed new group of “Wrath of God” rulers were plunging our world into the “deep ocean of chaos and darkness” to gain even more wealth and power—but much too sadly these warnings were ignored, mocked and ridiculed by those having much more power than we could ever hope to have.

As in any war like this, however, and no matter how vastly outnumbered the forces for good are, our Dear Lord told us “honesty is its own defense”—which means that in spite of the odds against the forces of good, those telling the truth will ultimately prevail.

The present best example being past week’s exoneration of Kyle Rittenhouse, which the leftist media exploded in rage about in articles like “The Kyle Rittenhouse Verdict Is American Madness Incarnate”, whose truth declares: “White innocence threatens to choke the life out of our democracy and is the refusal to know the world that racism creates in order to avoid responsibility for that world”—but in articles like “Let The Rittenhouse Acquittal Be A Warning Against The Left’s Lawless Rioting”, its truth says: “It took a 17-year-old showing up with a gun, plus the loss of two lives, for Democrats to realize that not everyone is okay with lawlessness…Rioting until they get their way isn’t something everyone can tolerate. And if the presence of police, who were effectively told last year that crime was legal, isn’t enough to make that clear, that’s too bad…Rittenhouse made it clear. Rittenhouse was a warning. Hopefully the left remembers it”.

In the leftist New York Times article “Kenosha, Portland, And The Lies We Must Leave Behind”, its truth says: “Along with many Americans, I watched coverage of the Kenosha riots on television…I experienced the cognitive dissonance others did, seeing the live CNN shot of a reporter standing before a conflagration while the chyron read, “Fiery but mostly peaceful protests after police shooting...It was bold that CNN believed its viewers capable of covering one eye, so to speak, so that the picture made sense. But it was also unsurprising, given that the station was constructing that picture, choosing the images that helped confirm viewers’ convictions…I found these tactical framings reprehensible…How could anyone in good conscience use the looting and burning of people’s livelihoods as fuel for their ideological fires?...It made me wonder if those who framed the destruction to fit their own means understood they were supporting violence against the working class and, often, people of color; that by their explicit or tacit encouragement, they were as good as standing on the sidelines cheering as people’s lives were burned to the ground…And if it was OK to destroy property today, what would they be able to see their way past tomorrow?”.

And in the conservative Wall Street Journal article “Kyle Rittenhouse And The Left’s Terrifying Assault On Due Process”, its truth says: “In the minds of the ranting radicals of the Squad or MSNBC, dimly repeated by the president, these so-called rights—presumption of innocence, due process, trial by jury, proof of guilt beyond a reasonable doubt, etc., are not the bedrock legal protections against overweening authority the Anglo-Saxon jurisprudence has deemed them to be…In the minds of the regnant left when they find the defendant unsympathetic, they are inconveniences, fetishized excrescences of judicial process that obstruct and subvert the larger and more important objective of social justice…In this increasingly popular account on the left, they are the armor with which the capitalist white supremacists protect their hegemony…As such they can be dismissed…The “critical theory” they subscribe to says real justice cannot be delivered by a court, presided over by a judge whose outcome is determined by a dispassionate jury, since the entire structure is itself the product of racism, oppression and discrimination”. 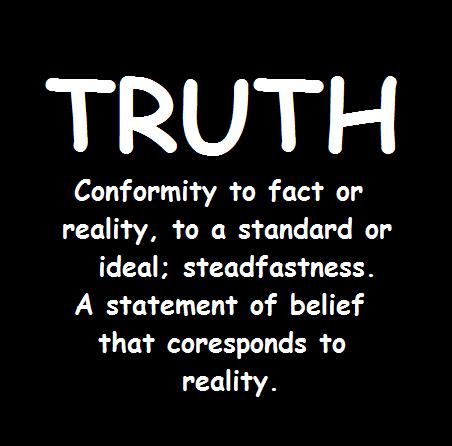 At this point it’s important for you to know that “truth” and “honesty” are malleable because they are based on or influenced by personal feelings, tastes, or opinions—which is why they must always be supported by “facts”, things that are known or proved, and “reality”, the world or the state of things as they actually exist, as opposed to an idealistic or notional idea of them.

In another example, when asked to comment on the Waukesha Parade Massacre, it saw Biden replying “We don’t have all the facts and details yet”—then it saw Black Lives Matter militant activist Vaun Mayes saying about this massacre “It sounds possible that the revolution has started in Wisconsin”—discordant statements when viewed for their “truth” and “honesty” through the prism of “fact” and “reality” sees it having been known immediately after this massacre that its now criminally charged perpetrator is a wanted sex crime fugitive “dedicated to hatred”, supported Hitler killing Jewish peoples, wrote rap songs with titles like “Fuck the Pigs” and “Fuck Donald Trump”, and whose social media accounts reveal deeply disturbing posts advocating riots, the assaulting of police and white people—which means Biden’s statement was another “deceptive lie”, while the one made by BLM militant Mayes was “honest”. 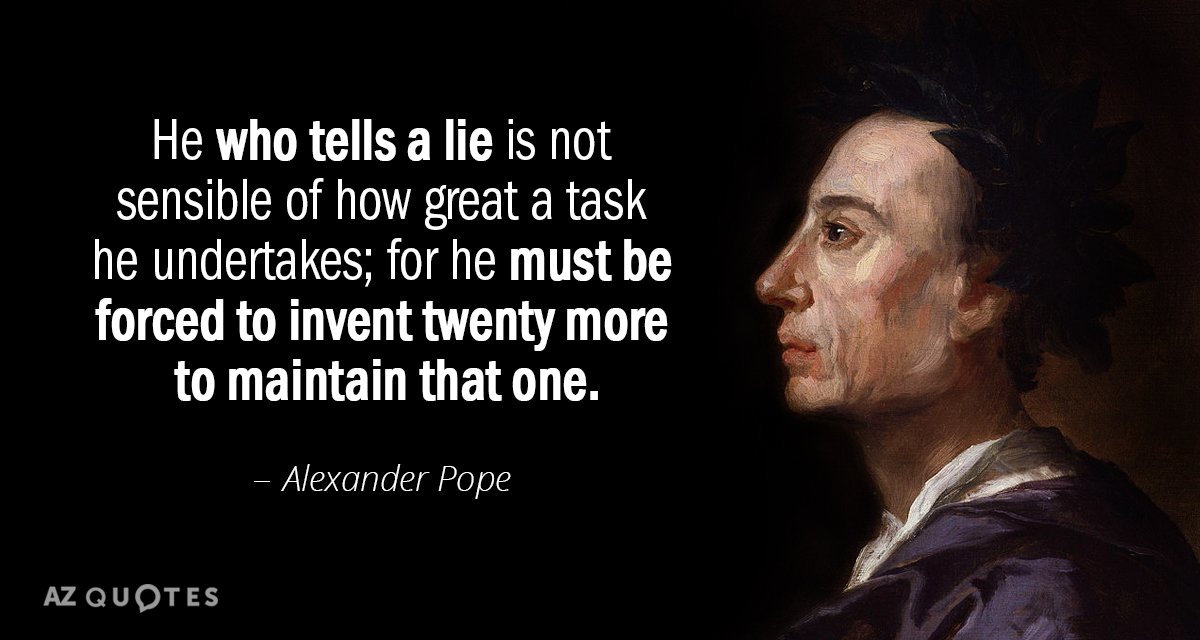 At this exact point in time, the “deep ocean of chaos and darkness” surrounding all of us put in place by these evil “Wrath of God” monsters seeking wealth and power isn’t going away—which means that each of us must embrace this chaos and live in its madness as best as our Dear Lord guides us—and whose commands to us during such times as these tell us to cling to and support each other until this storm subsides, like they always do—and for our part we’ll continue to keep the truth flowing to you from behind and on the front lines of this war with the hope that it won’t reach your door—and for your part means you keep supporting us, and others like us, until this chaos ends.

And as always, I’ll leave you today with the words I’ve left you with before, and are as true right now as they always will be: In the coming months, the dimensions of this looming war are going to shift in radical and unforeseen ways—which is why we believe it is your right to know the full truth about what is happening—a truth the demonic enemies of humanity and our God are doing everything in their power to suppress—which is why our Dear Lord ordered us to band together in such times as these to protect one another—a protection we urgently need at this very moment to keep the truth flowing to you—and in aiding us, our Dear Lord has promised you: “Give, and it will be given to you. A good measure, pressed down, shaken together and running over, will be poured into your lap. For with the measure you use, it will be measured to you.”

(Please note that those who respond to this appeal, in any amount, will receive, at no charge, Sorcha Faal’s November, 2021/December, 2021 lecture series to the Sisters of the Order titled “Total War: the Collapse of the United States and the Rise of Chaos: Part 116”.  This is another one of the Sorcha Faal’s most important lectures dealing with the coming timelines of war, famine, catastrophic Earth changes and disease as predicted by ancient prophecies.)