An in-depth new Ministry of Foreign Affairs (MoFA) report circulating in the Kremlin today discussing the just released United States Intelligence Community (IC) assessment showing that they believe the Russian Federation wants socialist Democrat Party leader Joe Biden to lose the 2020 election while Communist China wants him to win, humorously notes American journalist Robert Bridge saying about this: “Why shouldn't Moscow denigrate doddery Biden and the xenophobic anti-Russia' establishment?...In fact America should do so too!”—an actual reality based on the illicit scheme to clear Hillary Clinton and frame President Trump called the Russia Hoax—the lingering after effects of which saw United States Secretary of Defense Mark Esper saying yesterday “We are moving many troops further east, closer to Russia’s border, to deter them”, though his failing to let anyone know what exactly Russia is being deterred from doing—but to be on the safe side, did cause Russia to warn America that it will see any incoming missile as a nuclear attack that warrants a nuclear retaliation—and factually the US knows Russia poses no threat to it at all, which is why President Trump smashed the “Red Line” between the United States and Communist China a few hours ago when the highest level American delegation in 41-years landed in Taiwan—the grave consequence of is best described by Dr. David Monyae, the Director for the Centre for Africa-China Studies at the University of Johannesburg, who while stating that “at this particular juncture, China can best be described a country under siege similar to the early phase of the 1949 revolution”, further notes: “While commemorating the 40th anniversary of the “Message to Compatriots in Taiwan” at the Great Hall of the People on the 2nd of January last year, President Xi Jinping said, “China must be on guard against ’black swan’ risk while fending off ’gray rhino’ ”…Black swan refers to “unpredictable events” while gray rhino is a “highly probable, high impact yet neglected threat”—and in understanding, explains why satellite images are now showing Communist Chinese amphibious armored vehicles and mobile missile launchers gathering near the South China Sea—and further shows these vehicles are moving to coastal Chinese cities across from Taiwan, and whose missile launchers are in range to hit any Taiwanese targets.  [Note: Some words and/or phrases appearing in quotes in this report are English language approximations of Russian words/phrases having no exact counterpart.] 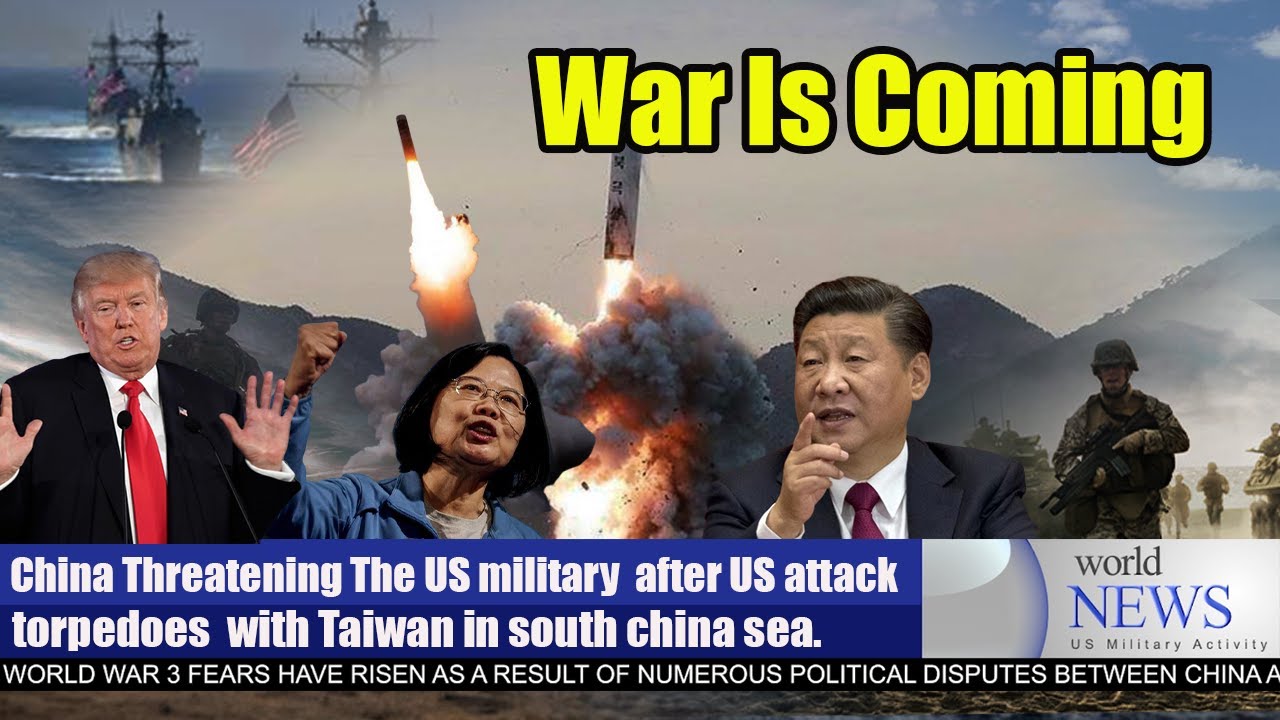 According to this report, going unnoticed by the great masses of ordinary American people is the definition of the most powerful 5-letter word every one of them should have seared into their minds—the word “feint” whose meaning is “a mock blow or attack on or toward one part in order to distract attention from the point one really intends to attack”—and if knowing would see these peoples asking the logical question as to why a nation like Russia is being propped up as being some kind of threat to the United States—most specifically because Russia only has the 11th largest economy in the world stuck between the 10th largest economy Canada and the 12th largest economy South Korea.

For those knowing the meaning of the word “feint”, though, this report details, they immediately notice that the United States in the world’s largest and most powerful economy, and Communist China is the second largest—both of whom are battling against each other for global economic and trade supremacy, though doing so from polar opposite political and military ideologies—as on one side is the United States fighting with democratic free trade values—while Communist China is fighting with the communist value that “power comes from the barrel of a gun”.

In seeking to rein Communist China in before it became a threat to the entire world, this report notes, the Obama-Biden-Clinton Regime attempted their now failed “Asian Pivot”—the centerpiece of which was the Trans-Pacific Partnership (TPP) trade agreement between Australia, Brunei, Canada, Chile, Japan, Malaysia, Mexico, New Zealand, Peru, Singapore, Vietnam, and the United States signed on 4 February 2016—all of which are Pacific Ocean nations whose lifeblood trade depends on free and unrestricted transit through the South China Sea that carries through it roughly 80% of global trade by volume and 70% by value—but on 12 July 2016, before the ink had even dried on the TPP trade agreement, Communist China said it will would not accept a ruling against it in a key international legal case and claimed the entire South China Sea as it sovereign territory, and further claimed for itself islands in the East China Sea belonging to Japan—and that Communist China followed by creating its “Great Wall Of Sand” of fortified military islands throughout the South China Sea to defend “with the barrel of a gun” all that it claimed. 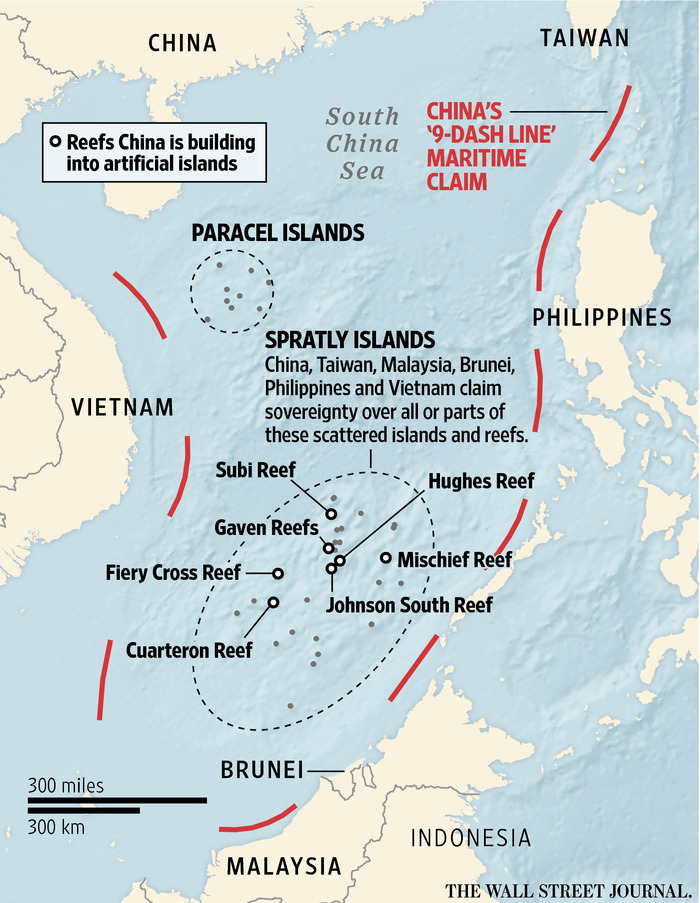 Knowing that what Communist China was doing could never be allowed to stand, this report continues, during the 2016 election campaign both presidential candidates Donald Trump and Hillary Clinton rejected the TPP agreement—an election made even more notable by the fact that Communist China actually feared Hillary Clinton more than they did Trump—a fear based on what occurred in 2010, which was when then Secretary of State Hillary Clinton provoked outrage in Beijing when she pushed the South China Sea to the top of the regional and US security agendas, and affirmed her belief “in the principles of freedom of navigation in international waters, that commerce on the high seas in incredibly important to the United States”.

August 9, 2020 © EU and US all rights reserved. Permission to use this report in its entirety is granted under the condition it is linked  to its original source at WhatDoesItMean.Com. Freebase content licensed under CC-BY and GFDL.