An actually very scary new Security Council (SC) report circulating in the Kremlin today slamming the United States for planning to flood Europe with anti-Russia propaganda—that involves the Americans channeling millions-of-dollars into European local media outlets as long as they report what they are told—contains a terrifyingly cryptic comment made by Defense Minister Sergei Shoigu saying the “now active” Akademik Lomonosov “will shock them back to their senses” and his further stating “no matter how much they prepare”—an obvious reference to last month’s massive US military drill off the Western Coast of America “preparing for the Big One”—that appears is coming sooner rather than later after a 6.4 magnitude quake hit Southern California on 4 July, which was followed by a 5-times more powerful 7.1 magnitude quake on 5 July—and brings to mind the late Venezuelan leader Hugo Chavez’s warning in 2015 that the “US had already used its earthquake weapon”.  [Note: Some words and/or phrases appearing in quotes in this report are English language approximations of Russian words/phrases having no exact counterpart.] 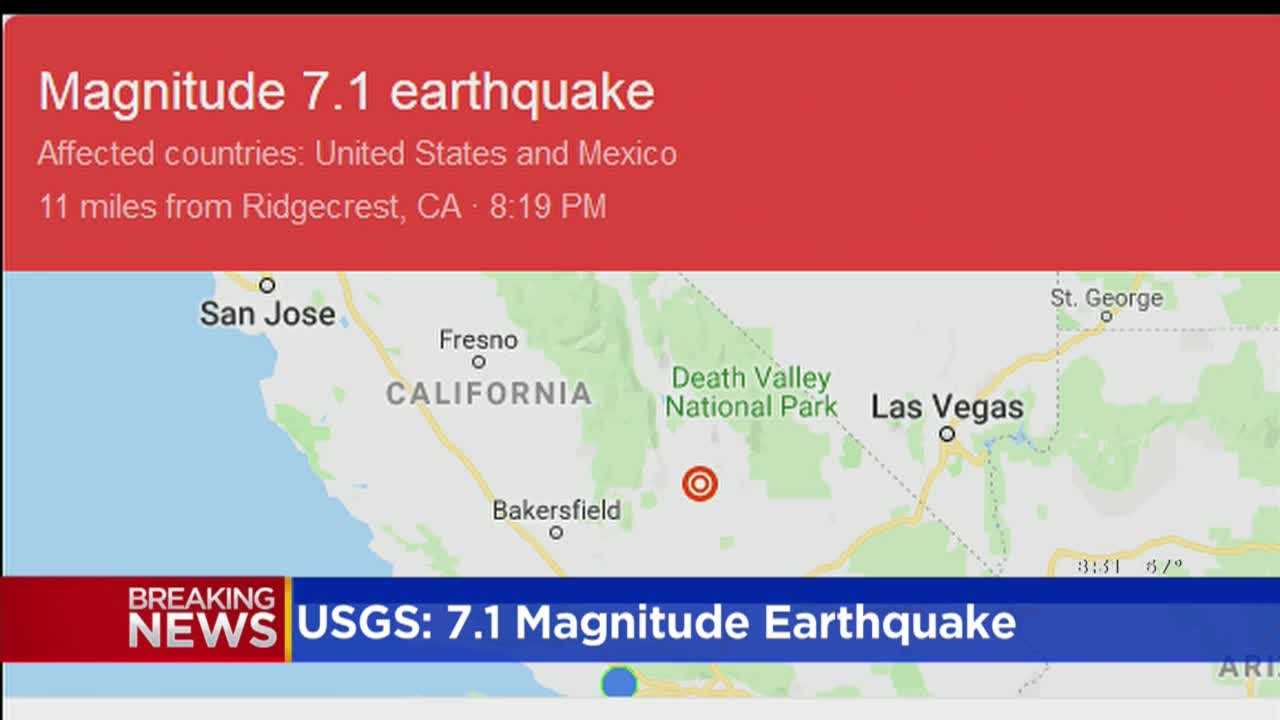 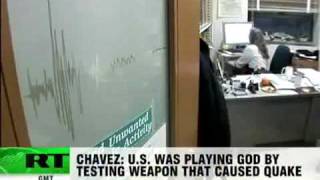 Most concerning about this report is an exchange between Security Council Members Valentina Matviyenko and Sergei Naryshkin discussing Stanislav Lunev—that’s nearly entirely redacted and classified at the national security rating “Of Special Importance”—but whose grave significance of lies in the fact that Lunev is the highest ranking Russian military intelligence officer to ever have defected to the United States, and where, since 1992, he’s been in the FBI witness protection programme under their strictest protection protocols—and is due to his having a lawful “kill order” issued against him by Russian intelligence services after he revealed to the Americans the Russians’ most secret war plans and special weapons—and as he described in the following exchange::

Question from B: New kinds of weapons seem to be coming out of Russia, here is a new one on me, maybe a lot of other people, what is a seismic weapon and was/ is the Russian government doing to produce them?

Lunev answer: This is actually artificial earthquake, which could be generated by special devices, which increase natural seismic waves, which are under our (Earth’s) surface and explode like natural earthquake with all following circumstances. Its actually, this weapon development was in place for about more than 20 years and in the mid of 80s there have been several fields tests of this weapons and maybe you heard this Armenian city Spitak was totally destroyed.

Question from B: Good lord, don’t tell me that was a Soviet test?

Lunev answer: It was an accidental explosion.

Question from B: That was an artificially induced earthquake?

Lunev answer: It was accidental explosion of earthquake which was generated by the test of seismic weapons. 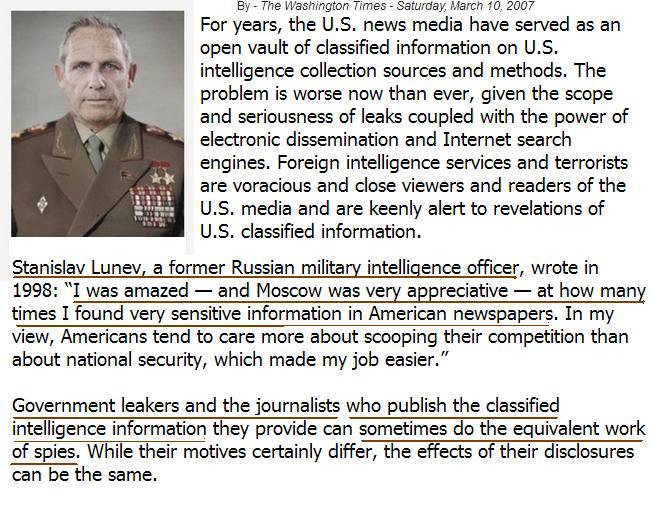 Though not mentioned in this report, the “special devices” refered to by traitor Stanislav Lunev are best known in the West as “tectonic weapons”—that function by creating a powerful charge of elastic energy in the form of deformed volume of the Earth's crust in a region of tectonic activity—that then becomes an earthquake once triggered by a nuclear explosion in the epicenter or a vast electric pulse.

This is a critical point to understand as this report does specifically mention that the Security Council will not respond to the Pentagon’s claim that Russia has been conducting secret nuclear tests—the focus of which centers around the Akademik Lomonosov—the most powerful in the world ever constructed non-self propelled, and massive, secretive nuclear power plant—the final “testing” of occurring on 25 June that caused a 6.2 magnitude quake to strike Kamchatka—but resulted in 5-days later, on 30 June, with its being issued a 10-year operating license and being handed over to Rosatom— the highly secretive Russian state corporation headquartered in Moscow that specializes in nuclear energy and special atomic weapons. 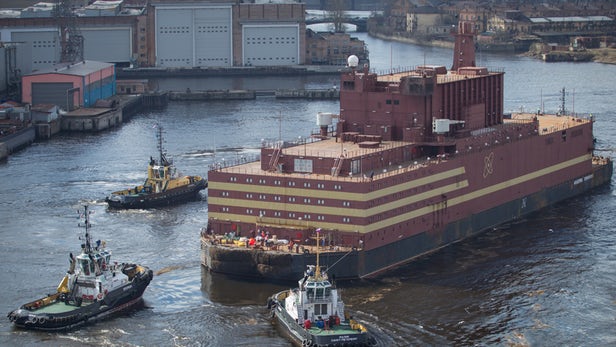 As fate would have it though, barely 24-hours after the Akademik Lomonosov became active and operational on 30 June, the Americans launched an unprovoked attack on Russia’s most secretive submarine that was preparing to lift from the deep sea floor in international waters off the coast of Japan a crashed US stealth F-35 fighter that killed 14 Russian sailors—an attack immediately followed by US Air Force Chief of Staff General David Goldfein shockingly detailing his 3-Step plan to wage nuclear war against Russia if it retaliated.

Within 24-hours of US Air Force General Goldfein threatening Russia with nuclear war, Alaska, on 3 July, was hit by a massive outbreak of 38 earthquakes—a mysterious earthquake event that traveled down the Western Pacific coast of North America striking next between Haida Gwaii and Vancouver Island with a 6.2 magnitude trembler—on 4 July traveled down into Southern California striking it with a 6.4 magnitude quake—and, just hours ago, on 5 July, saw it being struck again with a 5-times more powerful 7.1 magnitude quake.

By applying the scientific problem-solving principle “Occam's Razor” that states “entities should not be multiplied unnecessarily” to what is now occurring—coincidence (a remarkable concurrence of events or circumstances without apparent causal connection) no longer applies—as the truest explanation of these events shows clearly that Russia is now retaliating against the United States for killing its sailors and threatening nuclear war by employing its long known about earthquake weapon against America—thus leaving only to be asked: “What Horror Is Next To Come?” 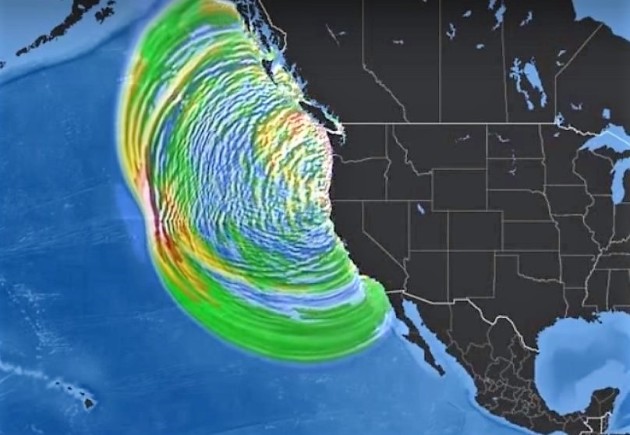 July 6, 2019 © EU and US all rights reserved. Permission to use this report in its entirety is granted under the condition it is linked back to its original source at WhatDoesItMean.Com. Freebase content licensed under CC-BY and GFDL.