A compelling new Ministry of Foreign Affairs (MoFA) report circulating in the Kremlin today states that with President Putin having an approval rating among the Russian people of 64.8%, and President Trump having a 49% approval rating among his America peoples, these two most powerful national-populist leaders in the world now tower over their socialist opponents as the long awaited battle over the “Soul of Europe” is about to be played out in the 23-26 May 2019 European Parliament Election that will determine the future of over 512 million Europeans living in 28 member nations---and that comes at the same time Western socialist leaders’ popularity continues to plummet—such as Canadian Prime Minister Justin Trudeau seeing his popularity dropping to 35%, the British leader Prime Minister Theresa May having barely 36% popularity amongst her people, French President Emmanuel Macron having only 28% of his peoples’ support, and even Western socialist leader German Chancellor Angela Merkel watching as her popularity has fallen to 40% as her reign nears its end—thus creating, once again, a titanic struggle for free peoples against demonic socialism that after being fought in Europe in 2019, will cross the Atlantic and embroil America in 2020.  [Note: Some words and/or phrases appearing in quotes in this report are English language approximations of Russian words/phrases having no exact counterpart.] 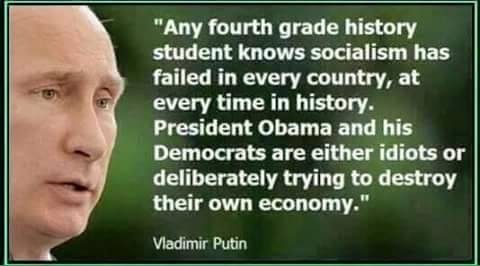 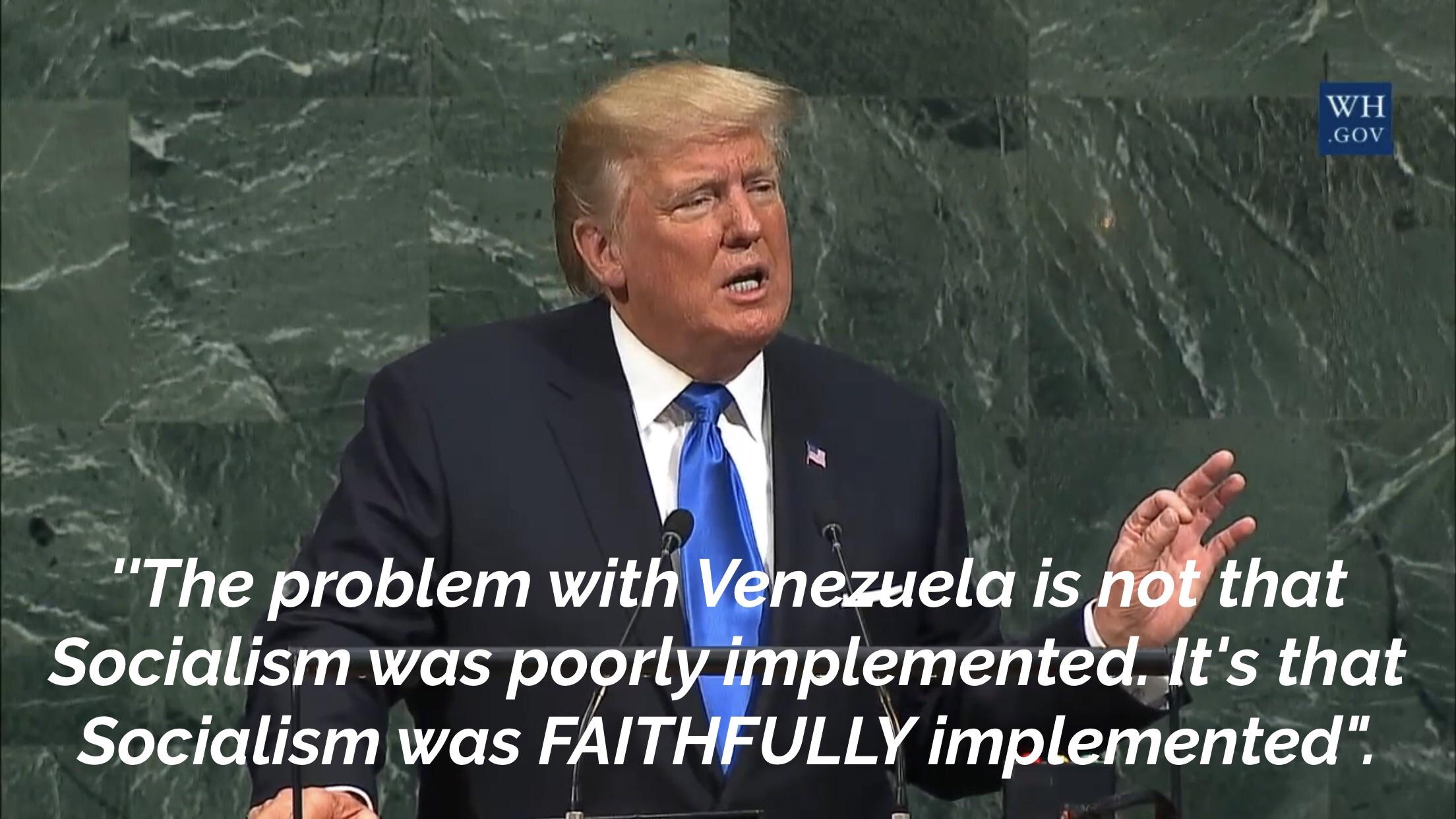 According to this report, socialism is a failed political ideology whose most basic belief favors the collective ownership of all property, versus that owned by individuals or companies—along with its calling for the state to manage all means of production for the sole benefit of workers—and is indistinguishable from the ideology of communism that establishes the political framework which socialism exists in—and whose catastrophic legacy over the past 100-years has left 100 million people dead.

Though the American people have been indoctrinated to believe that nation-state socialist-communism originated in Russia upon the ascent to full dictatorial power of Vladimir Lenin in 1917, this report notes, nothing could be further from the truth—as the first world leader to implement this failed and destructive ideology was the 26th President of the United States Theodore Roosevelt.

Upon the assassination death of President William McKinley on 14 September 1901, this report explains, he was succeeded by his Vice President Theodore Roosevelt—and whom immediately upon taking power, declared all-out war against America’s corporations and moneyed elite banking and financial class—and in the “New Green Deal” of his day, unilaterally seized over 250 million acres of land from its private owners to create what is known now as the US National Park System.

During his second term in office, this report continues, Roosevelt attempted to force on the United States his full socialist agenda—but was stopped in doing so by his own Republican Party who, in 1908, ran for the presidency their new candidate William Howard Taft—who became the 27th President of the United States.

Not giving up on his socialist dreams for America, however, this report further details, Roosevelt sought the presidency again in 1910—but after being blocked for nomination by his own Republican Party, created a new one he named The Progressive “Bull Moose” Party—the result of which saw Roosevelt wining 4.1 million votes (27%), compared to Taft's 3.5 million (23%)—and was won by Democrat Party nominee Woodrow Wilson who gained 6.3 million votes (42% of the total) and a massive landslide in the Electoral College of 435 electoral votes to become the 28th President of the United States.

Most important to note about Roosevelt’s run for the presidency in 1910, this report says, is that he swapped out the name “socialism” for “progressive”—with his explaining his reason for doing so during his infamous “New Nationalism Speech” by saying he didn’t want to be called the communist he actually was—whose speech was adopted in its entirety for The Socialist Party Platform for 1912—and was a call by Roosevelt to the American people to give up their freedom and be ruled by Washington only—and for reasons he stated as:

This means that our government, National and State, must be freed from the sinister influence or control of special interests.

Exactly as the special interests of cotton and slavery threatened our political integrity before the Civil War, so now the great special business interests too often control and corrupt the men and methods of government for their own profit.

We must drive the special interests out of politics. That is one of our tasks to-day.

There can be no effective control of corporations while their political activity remains.

To put an end to it will be neither a short nor an easy task, but it can be done.

Though Roosevelt failed in his goal to force upon the American people his socialist agenda in 1910, this report points out, his successful tactics to divide his nation’s peoples along class and ideological lines to achieve total political power was, most certainly, noticed by his socialist European counterparts—the two most important of them being the National Socialist German Workers' Party (aka Nazi Party) and the Russian Social Democratic Labour Party (aka Communist Party of the Soviet Union)—both of whom were able to take total control of their nations and peoples using Roosevelt’s class division tactics—but one of whose most catastrophic results of doing so was World War II. 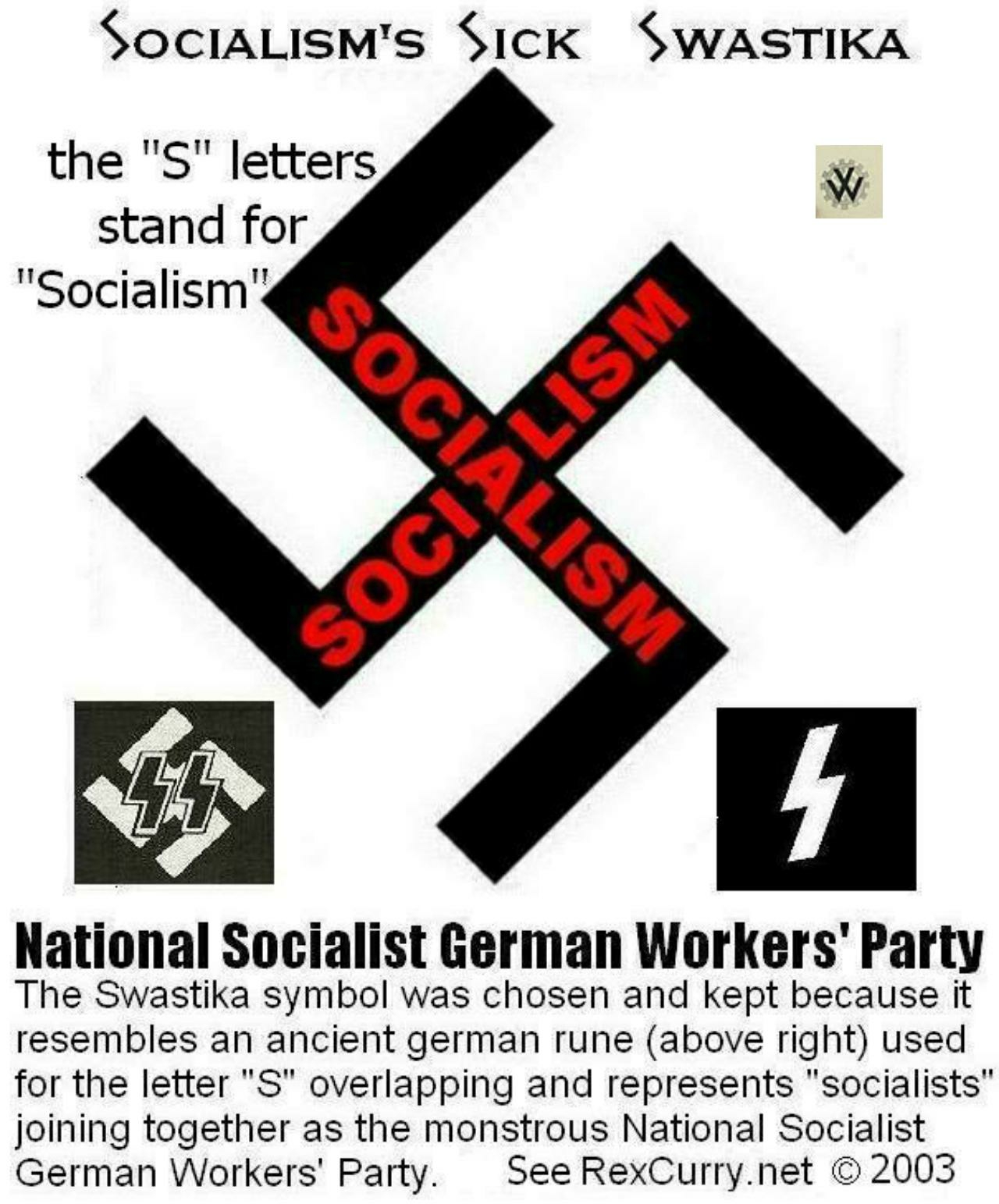 Left in the aftermath of World War II, this report explains, were global leaders perplexed and divided as to how to best deal with the popular appeal of socialist ideology that had caused tens-of-millions of deaths—whose most fevered supporters of just happened to be the majority population in every single nation—its working class peoples who were always being manipulated by the greed of their corporate and banking classes.

The choice of the Soviet Union was to maintain a strict socialist society governed by communist ideology—but whose massive contradictions of every thing being controlled from the top down, thus giving the individual no incentive to do anything independent of the state (most critically actually work for a living) imploded upon itself in 1991.

The choice of Western European nations was to adopt what they called a democrat-socialist system—which gave their peoples limited freedoms in exchange for “cradle-to-grave” social services—but whose catastrophic consequence of has led to crashing birth rates as people could no longer to afford having families, crushing tax rates not enough people or companies are left to pay, and stagnating economies that today are nearing collapse.

In the United States, however, this report says, they adopted a system of what can best be described as “socialism light”—that they call a “social safety net” which allows their people to have near total freedom, while at the same time they’re buffered from the worst excesses of capital greed imposed on workers by their corporate and banking class—and even though being a cyclical economic system having euphoric highs and scary downs, nevertheless the Americans have been able to maintain the greatest economic engine for wealth the modern world has ever seen. 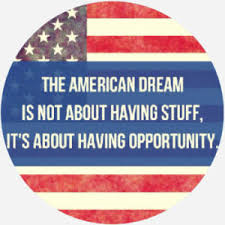 With President Theodore Roosevelt’s century old socialist agenda being trotted out in America for another go-round, this report concludes, its tactics to sow class division are being amplified by as many other societal fracture points (such as race, religion, sex, you name it) the Democrat Party and their leftist mainstream propaganda media establishment lapdogs can think of—all of whom are being met by a President Trump who has vowed he will never allow the United States to become a socialist nation—most particularly because he knows the fact that socialism has never worked, a hundred million people have died because of it, and we need a wealthier world, not wealth distribution—facts that were, also, known by the great President Ronald Reagan who most famously stated while he watched the Soviet Union implode: “Socialism only works in two places: Heaven where they don't need it and hell where they already have it”.

March 3, 2019 © EU and US all rights reserved.  Permission to use this report in its entirety is granted under the condition it is linked back to its original source at WhatDoesItMean.Com. Freebase content licensed under CC-BY and GFDL.