Liberation Day Arrives In Europe As On Mainstream Media Outlets

“Digital freedom stops where that of users begins... Nowadays, digital evolution must no longer be a customer trade-off between privacy and security.  Privacy is not to sell; it's a valuable asset to protect.”

Today, 25 May 2018, will forever be known as the day Europe Was Liberated—and whose liberation was achieved by the coming into full force of the General Data Protection Regulation (GDPR) that is the world’s first rebalancing of power between us, the people who have to hand over data to do transactions on the internet, and the global tech giants and companies that have beaten us into submission to become nothing more to them than digital slaves whose every action, thought and feeling are monetized for their exclusive benefit—and whose catastrophic penalties for breaking this law will see these global tech giants having to pay maximum fines up to €20 million ($23.4 million) or 4% of their organization’s global annual turnover, whichever is higher.

Simple to understand, the GDPR significantly strengthens a number of rights: individuals will find themselves with more power to demand companies reveal or delete the personal data they hold, and regulators will be able to work in concert across Europe for the first time, rather than having to launch separate actions in each jurisdiction—with the hardest hit global tech giants and companies being those that hold and process large amounts of consumer data for their own financial benefit.

With global tech giants Google and Facebook already facing massive lawsuits for in being in violation of the GDPR—especially with Facebook having already admitted that they were performing psychological experiments on users by adjusting their news feeds to see if they could alter the moods of users—Europe awoke this morning to the shocking discovery that ALL of the United States mainstream media publications were blockaded for their being in violation of the GDPR too—with high-profile sites like the New York Daily News, Chicago Tribune, LA Times, Orlando Sentinel and Baltimore Sun still being down—and the New York Times and Washington Post working feverishly to get their subscribers to “agree to new terms”—and that exposes them all as being nothing more than vast data collection organizations selling their users’ most personal data for profit, instead of their being the news organizations that they claim to be.

To understand why the entire US mainstream media establishment bastardized itself into becoming purveyors of propaganda so that they could secretly enrich themselves on their customers’ most private personal data, instead of reporting news, we’ve got to go back 42 years when, in 1976—long before the internet, computers and iPhones came into being—Los Angeles Times media reporter David Shaw wrote a lengthy Page One report about American newspaper’s worsening vital signs whose lede asked: “Are You Now Holding An Endangered Species In Your Hands?”—and wherein Shaw quotes Times Publisher Otis Chandler saying that he doubts the LA Times—or any other major US newspaper—is “really essential” to even 50 percent of its readers, something even the most depressed newspaper publisher working today would never say.

Knowing that its entire business model was doomed over 40 years ago, the American mainstream newspaper establishment, nevertheless, clamped onto the rise of the internet and personal computing to bemoan their collapse—with this being best typified by Detroit’s two major newspapers who, in 2008, announced that they were downsizing to three days a week of home delivery—with their solemnly declaring: “The owner didn’t decide to shrink the paper.  The reader decided to shrink the paper.  It was readers who stopped using newspaper classifieds.  It was readers who stopped reading.  Readers are the true villains in this murder mystery”.

To how near a total collapse of the American newspaper industry actually is was just displayed a few weeks ago when the Chicago Sun-Times, for the first time in over two centuries of US newspaper history, left its entire front page blank—with their pleading for subscribers and saying: “We Need You To Be There For Us”—which I suppose means the same people Detroit’s two major newspapers called “true villains”. 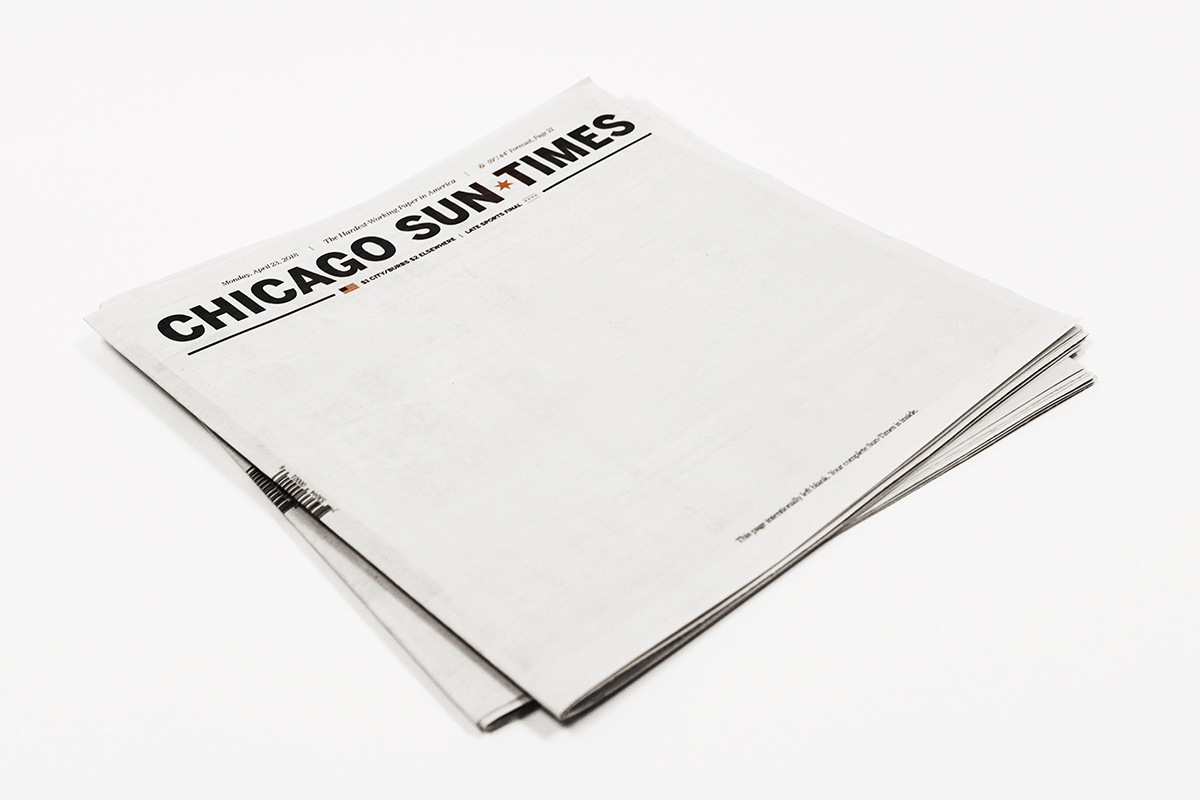 The “hard truth” that America’s newspaper industry is awakening to today, however, are that new subscribers are never going to come to their rescue—with hedge fund billionaires now taking near total control of all of the United States major newspapers—but NOT to save them, but to, instead, milk them for every last penny they can make before throwing them into the dustbin of history—and as best exampled by the Denver Post, whose controlling owner, “vulture capitalist” Randall Smith, owner of Alden Global Capital —who has become journalism’s number one villain for having cheapened and starved not just its Denver paper, but many of the other newspapers he owns—that include the St. Paul Pioneer Press, the San Jose Mercury News and the Orange County Register—but with it being important to remember, “Go ahead and hate Randall Smith all you want, but do so with the understanding that, like the mortician, he’s figured out a way to make money off of death”. 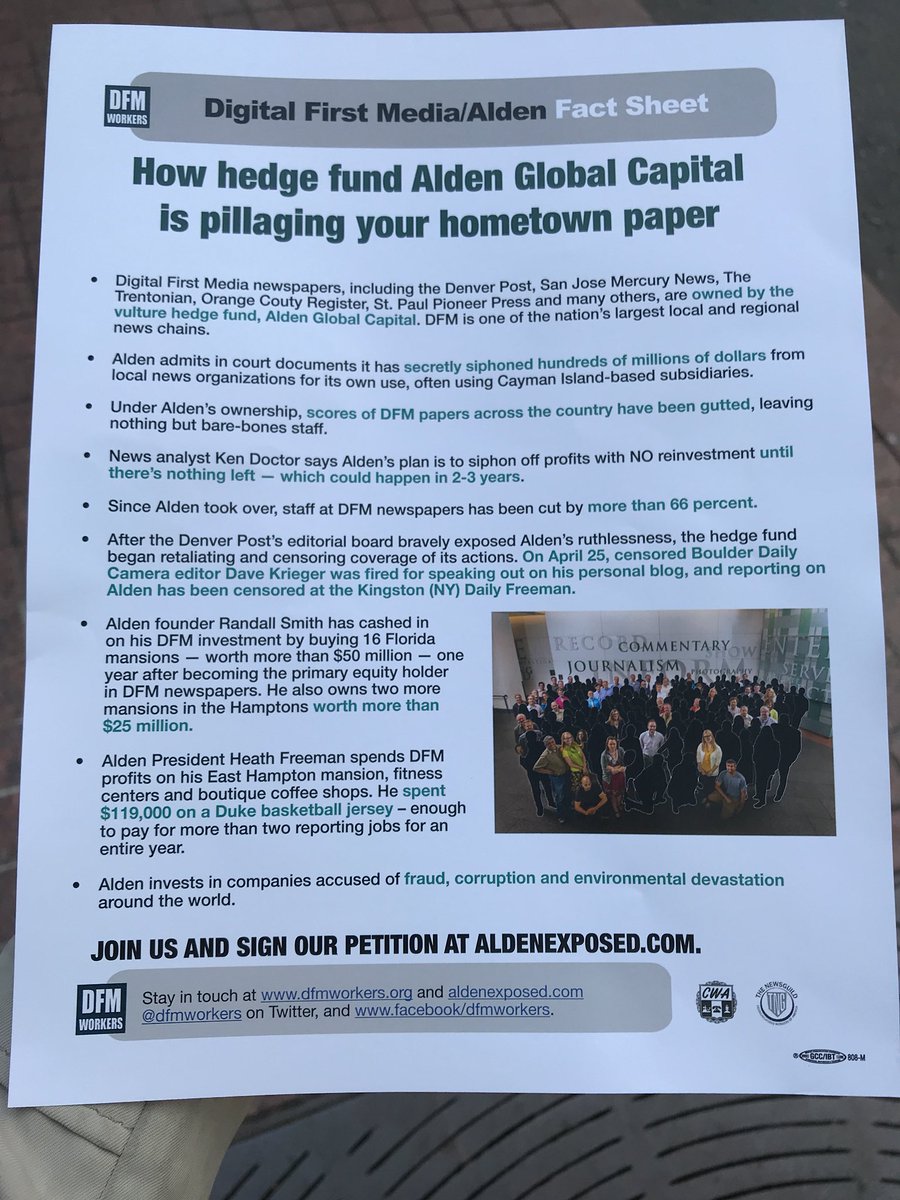 Is Alden Global Capital really “pillaging”, or just making money while putting the US newspaper industry to death like they predicted over 40 years ago themselves?

To anyone believing that America’s mainstream newspaper and news media establishment can survive much longer in the digital age, let me disabuse you of this notion too—as in 2016, internet-ad revenue grew to almost $75 billion, pretty evenly split between ads that run on computers (desktop) and ads that run on phones (mobile)—but advertising to people on computers is roughly at the level it was in 2013—that is to say, all the recent growth has been on mobile devices—and on mobile, Facebook and Google have eaten almost all that new pie—everyone else is just trying to survive.

Now the main “survival strategy” the mainstream American media establishment is employing are called “pay walls”, that force readers to pay before they can read the news they want to see—but that’s inherently in conflict with journalism’s primary goal “to educate and inform the public about important issues”—as when the newspapers say, “this is so important that we’re making it free”, they’re simultaneously saying that all the other stuff they publish doesn’t really matter, so they’ll charge you for it—and as all experts logically note: “It’s hard to imagine a business philosophy that’s more upside-down”. 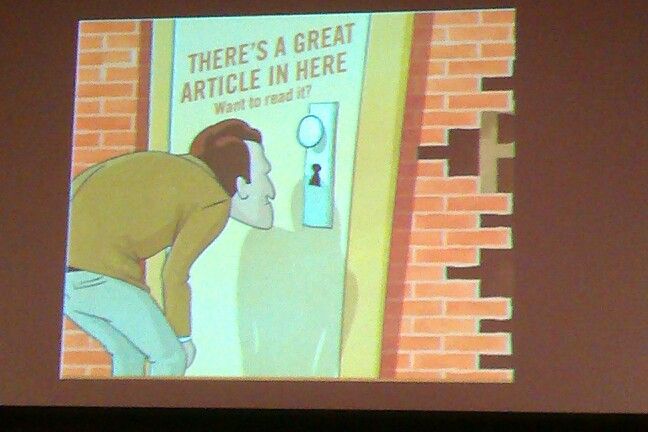 In your understanding of all of this, as I’m sure you do, you now know why all of the American mainstream media establishment has been blockaded in Europe today—because they’ve all been exposed as being nothing more than data collectors more interested in the economic value of their readers’ most private secrets, instead of being impartial writers and conveyors of news their readers need to know.

And they’ve only themselves to blame for their demise, too—as the same readers and subscribers they need to keep them alive today, they’ve spent decades destroying the minds of by their “conspiring to produce an unaware and compliant citizenry”—and to such an extent, the American mainstream media is now astoundingly using President Trump as a solution to their failing business model. 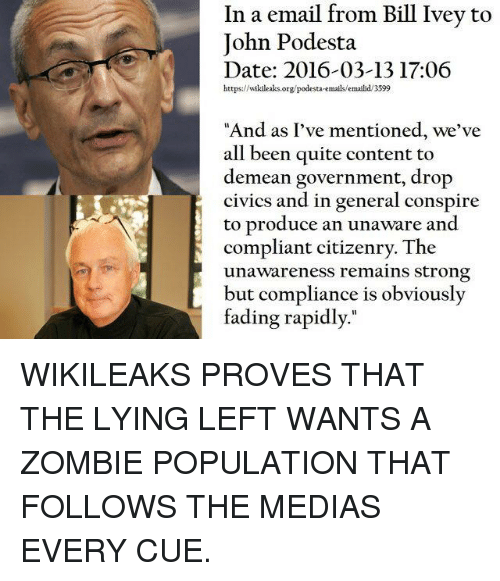 In the media wasteland that America has become, not being affected, of course, is President Trump—who, like all modern day presidents before him, receives what is called the President’s Daily Brief, or PDB—which is a top-secret document produced and given each morning to the President of the United States, and is also distributed to a small number of top-level US officials who are approved by the President, and includes highly classified intelligence analysis, information about CIA covert operations and reports from the most sensitive US sources or those shared by allied intelligence agencies.

Virtually unknown to the American public is that the President’s Daily Brief is compiled by the CIA's Directorate of Intelligence department known as the Political Instability Task Force—that is a clairvoyant-esque squad of social-scientist brainiacs charged with churning global political data into global instability forecasts—and in whose past iterations used their “psychic abilities” to help free US hostages from Iran, and ”spied” on the planet Mars too.

To anyone wanting access to an approximation of the President’s Daily Brief, they can go to the world's leading geopolitical intelligence platform Stratfor and pay a $349 yearly subscription fee—and that allows you to tap into an exclusive private intelligence service staffed by ex-CIA analysts who glean exclusive information from shadowy sources, cross-grid raw intel to detect relevant patterns, and alert you by email when “the product” requires your attention—and is why Stratfor has been dubbed “The Shadow CIA”. 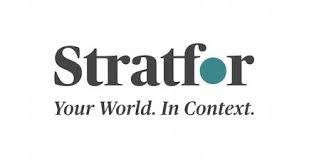 As an alternative to you having to obtain a top secret security clearance and get a job in the White House to read the President’s Daily Brief, or your having to pay Stratfor $349 a year to see a watered down version of it, my Dear Sisters decided, nearly 15 years ago, to embark upon an experiment to allow everyone who wanted to see the exact same thing to be able to do so, and being compiled using the same exact methods for intelligence gathering and analysis used by the CIA, Britain’s MI6, Russia’s SVR and FSB, and Israel’s really good MOSSAD—and is why, I suppose, that the Russian media says we’re part of the CIA, MI6 and/or MOSSAD, and the American media claiming that we’re part of “Putin’s Troll Army”—with our “power” being so vast, we’ve even been accused of using something called “Kremlin Active Measures” to corrupt America’s most watched television news anchor Sean Hannity.

Whatever you choose to believe, or not believe, about what’s written about us, the fact remains that what we do, WE DO FOR YOU—and that makes us dangerous for those seeking to keep things hidden from you, most particularly due to our exposing the daily lies your heads are being filled with—and even worse, our providing to you the needed context, historical and now, to understand what’s happening in the world you live in.

In this experiment to give you “the news you need to know, for the world you’ll live in tomorrow”, however, it only works when you participate by aiding us—as unlike the mainstream media establishment, we can’t sell your private information because we don’t even collect it, nor do we benefit at all from “pay walls” or advertisements—leaving just YOU to keep us alive.

We don’t ask much from you either—just a mere $20 from each of you reading this, in fact, would pay for our entire expenses for an entire year—but because you don’t, means that we have to keep begging for you to help us nearly every month.

But as for me personally, beggars, and wherever I’ve met them all around this marvelous world God has given us, are some of the most honest people I’ve ever had the pleasure of meeting—as are, also, my Dear Sisters who are begging for your help now—and who hope that the words of our Lord, as written in Proverbs 18:16, remain steadfast in your hearts: “A gift opens the way and ushers the giver into the presence of the great”—please go below and click on the PayPal button and give us what you can today, tomorrow may be too late.

(Please note that those who respond to this appeal, in any amount, will receive, at no charge, Sorcha Faal’s May, 2018/June, 2018 lecture series to the Sisters of the Order titled “Total War: the Collapse of the United States and the Rise of Chaos: Part 76”.  This is another one of the Sorcha Faal’s most important lectures dealing with the coming timelines of war, famine, catastrophic Earth changes and disease as predicted by ancient prophecies.)