A troubling report circulating in the Kremlin today issued by the Ministry of Industry and Trade (MINPROMTORG) states that the United States has “exploded” with “anger and retribution” against Russian and United Kingdom based Kaspersky Lab after its experts discovered a “backdoor” (that bypasses a computers customary security mechanisms) embedded by the Central Intelligence Agency (CIA) into all Microsoft software products—and who after doing so, these same Kaspersky Lab experts then issued a “protective patch” (that fixes computer security vulnerabilities) to “close” this CIA “backdoor” from ever being opened again.  [Note: Some words and/or phrases appearing in quotes in this report are English language approximations of Russian words/phrases having no exact counterpart.] 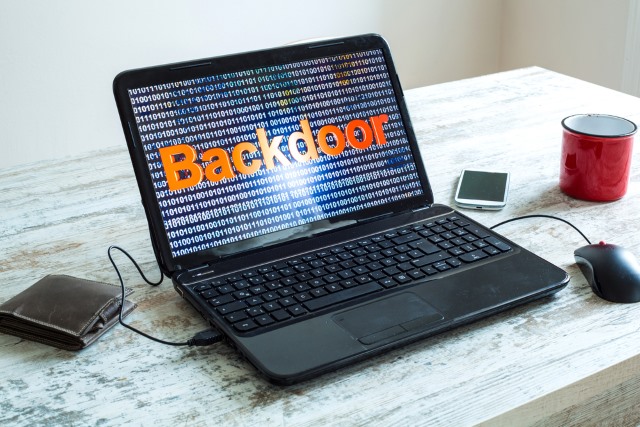 According to this report, Kaspersky Labs is one of the world’s largest privately owned cybersecurity companies operating in 200 countries and territories and has 37 offices in 32 countries, and that was founded, in 1997, by Russian military intelligence trained Eugene Kaspersky and his wife Natalya—and who were the first in the world to develop software that monitored computer viruses and placed them in isolated quarantine.

Too numerous to count Western accounts of Kaspersky Lab’s success in fighting computer viruses, this report continues, have long celebrated this company’s global achievements—most specifically their continuing to thwart US intelligence agencies who believe it’s their right to spy, not just on every single American, but on the entire world too--and as The Economist, in 2015, described:

“Kaspersky Lab has repeatedly impressed skeptics by exposing genuine and serious cyber-security problems. In 2010, for instance, it helped uncover Stuxnet, a computer worm designed to sabotage the Iranian nuclear programme.

On February 16th Kaspersky appeared to repeat this feat, not once, but twice.

First it released a report detailing how a gang it calls Carbanak had hacked the computer systems of banks around the world. It said the gang had stolen several hundred million dollars by moving money to fake accounts and making cash machines dispense their contents.

The same day the firm said it had discovered the “Equation Group”, apparently part of the NSA, which it said was able to embed spyware in computers that gives it total control over them, even after the hard disk has been erased and the operating system reinstalled.”

On 12 May of this year, this report details, the international whistle blowing organization WikiLeaks released the latest installment in their Vault7 Series [Warning: it is illegal for persons holding US security clearances to click on this link] that detailed two CIA hacking tools dubbed ‘AfterMidnight’ and ‘Assassin’ that target the Microsoft Windows platform providing these US spies with total access to anyone’s computer or cell phone they so choose.

Upon Kaspersky Lab experts examining these CIA hacking tools, this report explains, they discovered a “backdoor” embedded in all Microsoft software named “PsSetLoadImageNotifyRoutin” that sadistically prevents antivirus software from finding computer virus malware—and that Microsoft refused to issue a security “patch” for with their stunningly stating: “Our engineers reviewed the information and determined this does not pose a security threat and we do not plan to address it with a security update.”

With Microsoft failing to protect their software from this CIA “backdoor”, this report continues, Kaspersky Lab created their own “fix” for it, this past June, which they then placed in their global anti-virus software product called Kaspersky Total Security.

Immediately after Kaspersky Lab released this “fix” to protect people and their Microsoft software using computer devices from this CIA “backdoor”, this report further details, the FBI began nighttime raids against this company’s employees living in the United States, and then went on a vicious campaign telling private companies in America to no longer use the Kaspersky Total Security anti-virus programme because it was an “unacceptable threat to national security”—but with no one in the US offering any proof to substantiate this outrageous claim.

In response to this attack against his company, this report details, Eugene Kaspersky publically offered to provide to the US the source code to his Kaspersky Total Security anti-virus programmed in order to prove that it wasn’t a Trojan horse for Russian spies—with his further stating that he was ready to testify in front of Congress, too—“anything” to show that his company is above board. 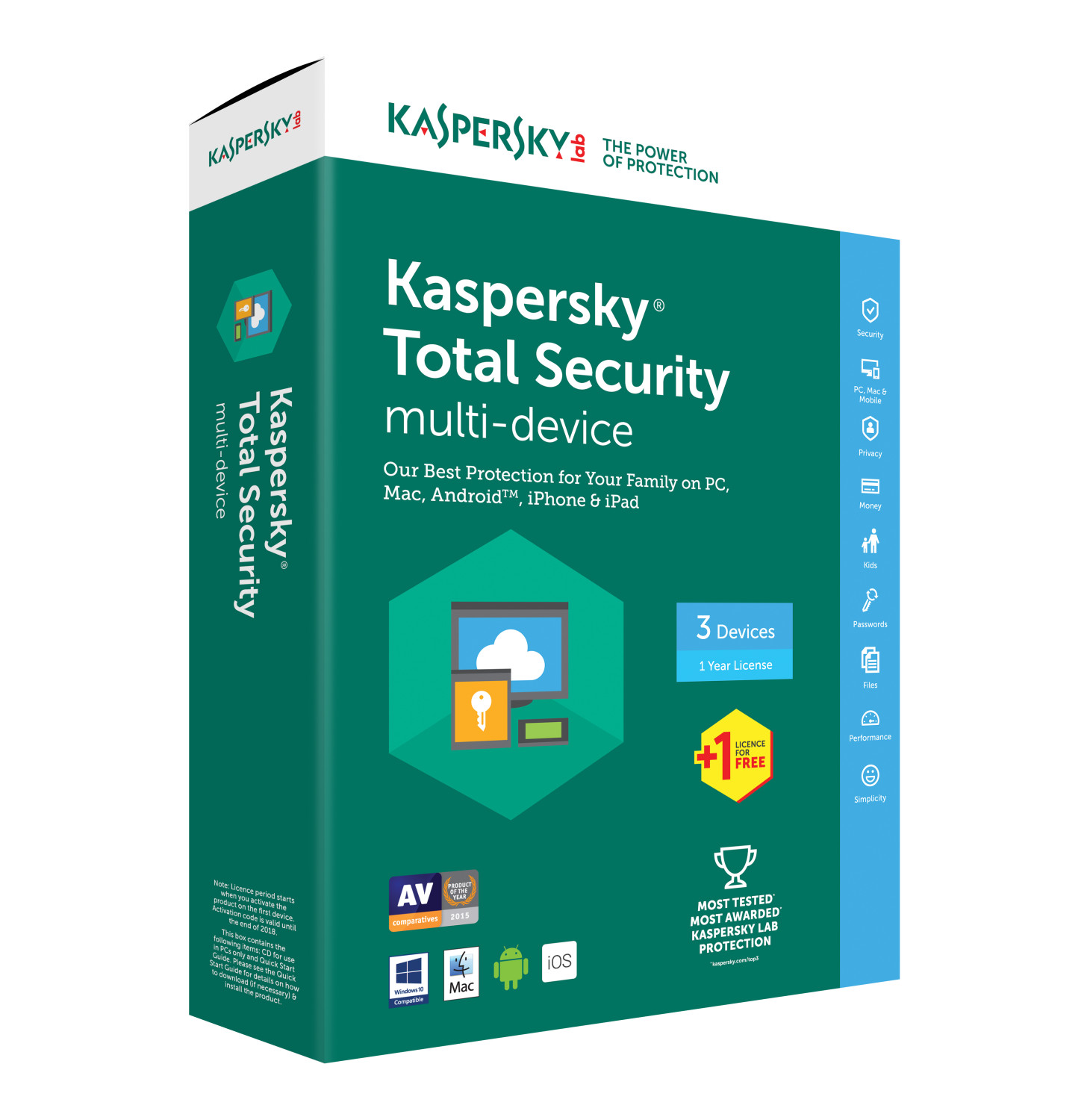 Instead of accepting Kaspersky’s offer, however, and again without offering any evidence, this report says, US Democratic Party Senator Jeanne Shaheen began pushing for a total US federal government-wide ban of anti-virus security software developed by Kaspersky Lab—and America’s largest electronics retailer, Best Buy, further declaring that it was taking all Kaspersky Lab anti-virus products immediately off of their store shelves—and their even offering to have their Geek Squad remove it from their customers computers too—but with their failing to notify anyone that their Geek Squad tech workers are, also, employed by the FBI to secretly search computers for child pornography. 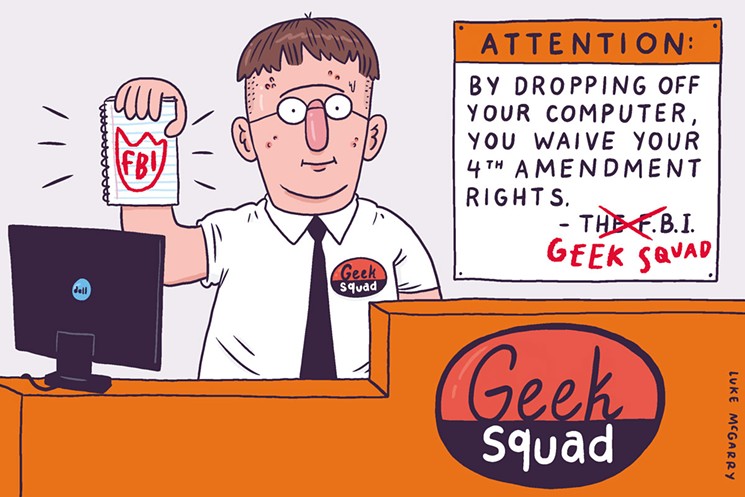 The “red herring” (something that distracts attention from the real issue) being used by the US against Kaspersky Lab, this report explains, is its supposed “connection” to the Russian government and intelligence agencies—which is an astonishing and outrageous accusation coming from a nation where the CIA has turned every Microsoft Windows PC in the world into spyware and can activate “backdoors” on demand, including via Windows update—and whose Patriot Act laws give US spy agencies the unlimited power to spy on anyone’s computers, emails, phone calls, you name it, they want to.

This report concludes by noting that its “findings and determinations” formed the basis for President Putin just ordering Russia to move away from foreign software for the sake of security—and who stated to all the Russian people: “You shouldn't offer IBM products, or foreign software. We won't be able to take it because of too many risks.”

Ever wonder how come all of these tech companies became so rich?

September 11, 2017 © EU and US all rights reserved.  Permission to use this report in its entirety is granted under the condition it is linked back to its original source at WhatDoesItMean.Com. Freebase content licensed under CC-BY and GFDL.