The Ministry of Defense (MoD) is reporting today that President Putin has ordered Central Military District (CMD) troops to be brought into full combat readiness from 09:30 Moscow time (0630 GMT) as Obama regime created and supported Islamic State of Iraq and the Levant (ISIL/ISIS) militants continue destabilizing the Levant War Zone and the Republic of Tajikistan, Ukrainian forces continue massing for war, and new intelligence from North America appears to show that the United States is preparing for a “massive false flag event” to occur within the coming weeks. 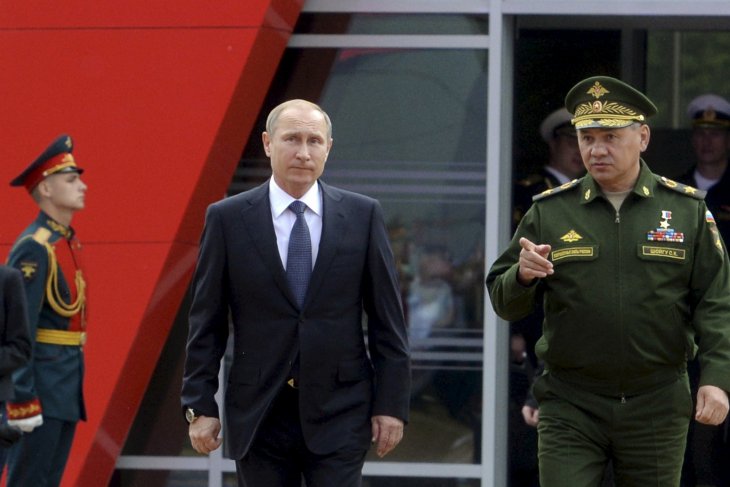 Not knowing where the increasingly unstable Obama regime will “lash out” first as that nations economy continues to implode, this report says, the activation of the CMD to full combat status assures its ability to confront hostile forces as it currently manages Federation bases in Tajikistan and Kyrgyzstan and is able supply reinforcements from its two main armies either to the Eastern or the Western Fronts in the event of war.

Important to note, this report continues, is that this activation of the CMD today follows this past weeks equally grave activation of all Federation nuclear forces throughout the Motherland’s 20 regions and President Putin’s further ordering, also this past week, of the nuclear armed Dmitry Donskoy submarine (the largest in the world) to its “fail safe” position under the North Polar Cap should it be needed to strike, and obliterate, North American targets.

As to one possibility of where the Obama regime will strike, this report says, could be against the thousands of Federation troops stationed in and traveling to Syria to confront ISIL/ISIS terrorists currently rampaging throughout this region, and as we had reported on in our 1 September report Putin Authorizes Air Strikes On “American Interests” As Thousands Of Russian Troops Pour Into Syria.

Though Western news reports initially were reporting that the Obama regime was just “monitoring” the Federation build-up of forces in Syria, this report notes, this stance changed yesterday after the US warned Russia against supporting the Assad government and then requested that the Greek government close its airspace to all Russian flights.

With President Putin, also, stating this week that “we are already giving Syria quite serious help with equipment and training soldiers, with our weapons”, MoD experts in this report point out, Federation forces in that region have already began engaging in “substantial combat”, which was further confirmed by the Telegraph News Service in their article titled Russian Troops 'Fighting Alongside Assad's Army Against Syrian Rebels' and provided photographic evidence of same. 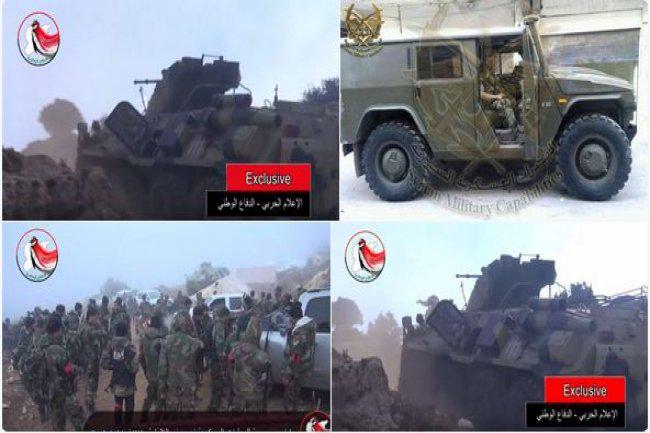 In order to counter the Federations military moves into Syria, this report continues, the Obama regime this week closed their embassy and then directed their supported and directed ISIL/ISIS terrorists in Tajikistan to begin attacks against government forces and ministries that has, so far, cost at least 35 lives.

MoD experts in this report note that the ISIL/ISIS leader currently launching attacks in Tajikistan in order to “tie down” Federation troops, Gulmurod Khalimov, was trained by US Special Forces and is one of the Obama regimes many “fake terrorists” they rely upon to sow chaos throughout the world, including America, and whose crimes this weekend included the killing of at least 8 police officers. 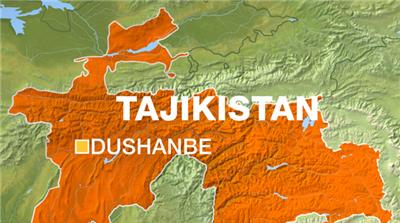 Not just in Tajikistan, either, are Obama regime forces attempting to attack the Federation’s “underbelly”, this report states, but also in Ukraine, and which President Putin warned this past week “…is under external control, all the key posts in the government are held by outsiders, and now foreigners even hold key posts in the regions”.

And as hundreds of US tanks and armored vehicles are being painted green and being rushed into Ukraine, this report grimly says, the upcoming visit of NATO head Jens Stoltenberg, who will make his first visit to Ukraine later this month, may very well be the final review of these Western-backed forces before they begin their attack which will, undoubtedly, lead to global war. 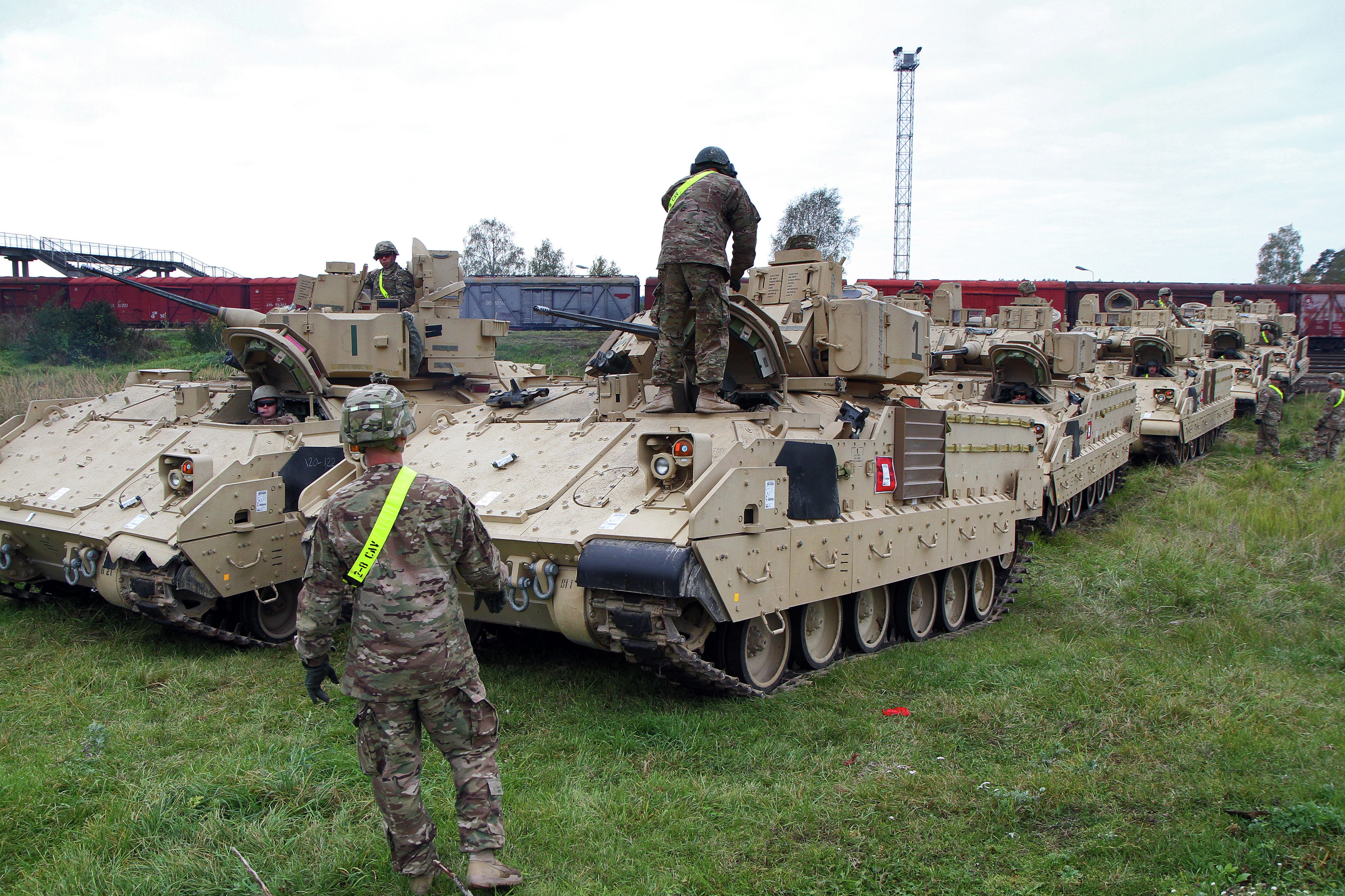 But to the greatest MoD fear this report says, and as we had reported on in our 2 September report Fears Explode In Russia After Obama Orders Sudden 9/11 Type War Drill, is the growing evidence that the Obama regime may be preparing for a “9/11 style” false flag terror attack upon America itself within the coming weeks.

Along with this past weeks sudden notice by the Obama regime of war games along their Eastern coastal regions which will be greatly disturb their domestic flights, this report warns, additional information is being released in the United States showing that multiple war drills are being planned too in other regions.

One such of these Obama regime drills, this report points out, was released this past week by the Intellihub News Service which stated:

“Now, and to no surprise, a company named Linxx Global Solutions, Inc. is soliciting “role-players” to satisfy a Department of Defense (DoD) contract in Boston from Sept 10-23 overlapping the tail end of JADE HELM 15 which officially is set to end on Sept. 15.

The solicitation was sent by Don Adams, retired Navy veteran and current Project Coordinator for Linxx Global Solutions, Inc., according to Linkedin, to various independent contracts through their agents.

The solicitation provided to me by my source reads as follows:

I am looking for some potential role players from 10-23 September.

My Name is Don Adams and I work for a government contracting company called Linxx Global Solutions, Inc.

I am trying to recruit for a contract we have coming up in the area from 10-23 September 2015.

I am asking if you could post this to see if any of your patrons might have be interested in some fun, light part-time work as an independent contractor.

Here is what I am looking for:

Linxx Global Solutions, a government services provider based in Virginia Beach, VA, will be providing realistic scenario training to the U.S. Department of Defense in the Boston, MA area. Linxx is looking to hire male and female Independent Contractors (ICs). These ICs will act as Role Players, with scenario enhancements, which include:

•Civilians on the battlefield

There will be two different sessions. The sessions are –

With the Northern Fleet’s Project 22010-Yantar currently still monitoring these ominous events along the US Eastern coastline, this report concludes, it remains the MoD’s position that the Obama regime will, indeed, strike before 1 October…the only question now being against whom?

September 7, 2015 © EU and US all rights reserved.  Permission to use this report in its entirety is granted under the condition it is linked back to its original source at WhatDoesItMean.Com. Freebase content licensed under CC-BY and GFDL.