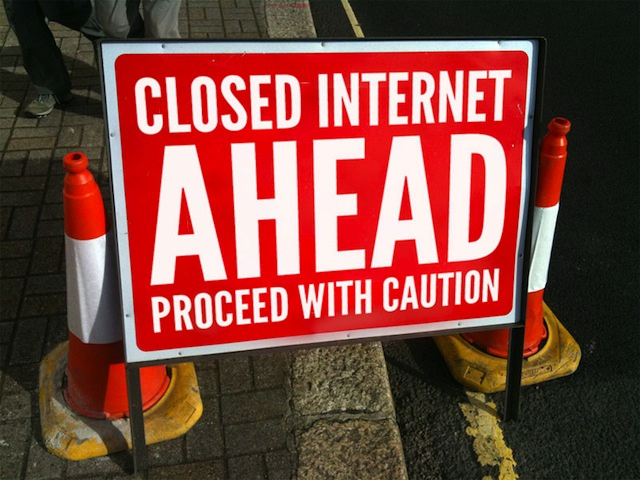 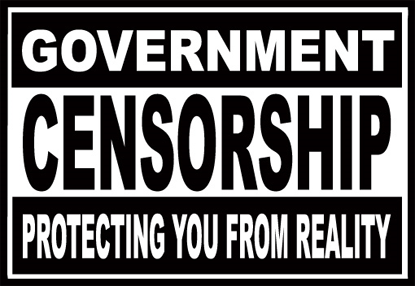 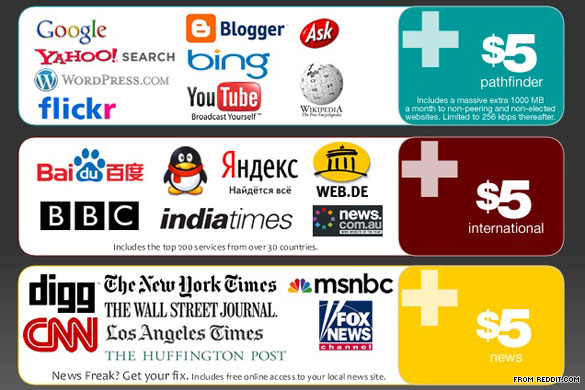 “Just as we are beginning to see the power that free resources produce, changes in the architecture of the Internet--both legal and technical--are sapping the Internet of this power. Fueled by bias in favor of control, pushed by those whose financial interest favor control, our social and political institutions are ratifying changes in the Internet that will reestablish control, in turn, reduce innovation on the Internet and in society generally.”

In a world where the United Nations' Human Rights Council unanimously ruled that Internet access is a human right, a committee of the European Parliament voted to protect the Internet for their citizens, the nation of Finland became the first country in the world to declare broadband Internet access a legal right, and the peoples of South Korea, Switzerland, Germany, France (to just name a few) pay an average of $25.00 a month for a 500 Mbps connection that's 58 times faster than the US average which people in New York pay in excess of $300.00 a month for…this past week has seen what is being called “The Great Obama Firewall” descend upon the United States and its nearly 314 million citizens.

Though similar to The Golden Shield Project (colloquially referred to as the Great Firewall of China), which is an Internet censorship and surveillance project operated by the Ministry of Public Security division of the government of China since 2003, “The Great Obama Firewall” is infinitely more insidious as it now allows only the few largest Internet firms in the United States to control 90% of the news and information to be seen the American public.

The genesis of “The Great Obama Firewall” began with The Telecommunications Act of 1996 that the American people were told would usher in a new era of competition, but who got just the opposite when the number of companies that control their media went from around 50 in the 1980s to six today, and all while having their local media coverage being decimated and leaving them with the illusion of infinite choice when what they really have is one oligopolistic corporate voice controlling nearly everything they read, see and hear.

Even worse are that these few behemoth corporations controlling all of the information in America were only able to accomplish this by a mandated provision of The Telecommunications Act of 1996 called the Universal Service Fund (USF) that paid for (and is still paying for) the entire broadband Internet infrastructure throughout the United States with their own citizens tax dollars!

To understand how this was able to come about one has to understand that the telecommunication industry is one of the biggest lobbying groups in the US, and it exerts tremendous influence over the Federal Communications Commission (FCC), which is often thought of as a classic “captured agency” — one that is run by the very people and businesses it’s supposed to be regulating.

The “revolving door” between the FCC and industry is evident in President Obama’s recent appointment of new FCC Chairman Tom Wheeler, a telecom lobbyist and venture capitalist who is called an “Obama loyalist” willing to do anything to protect his industries interests against the rights of the American people.

An example of who Obama’s “captured agency” FCC protects is former Verizon CEO Ivan Seidenberg who said that web applications (like search engines, online video, VoIP telephone) need to “share the cost” of broadband - broadband that's already been paid for by the American people!  “We have to make sure that they [application providers] don't sit on our network and chew up bandwidth. We need to pay for the pipe.”

In its simplest terms,  Net Neutrality is the principle that Internet service providers and governments should treat all data on the Internet equally, not discriminating or charging differentially by user, content, site, platform, application, type of attached equipment, and modes of communication.

What’s new with this latest Obama court decision is that the same amount of bandwidth may now cost more for some uses than others, and many uses could be limited — or even excluded entirely. It’s as though the delivery speed of two identical pieces of mail depended upon who dropped them in the mailbox — or the price of a telephone call varied based upon what the caller happens to say while on the line.

Former FCC commissioner Michael Copps in 2010 warned about the dangers of this happening when he told the New York Times that he wanted to make sure the Internet “doesn’t travel down the same road of special interest consolidation and gate-keeper control that other media and telecommunications industries — radio, television, film and cable—have traveled.” “What an historic tragedy it would be,” he said, “to let that fate befall the dynamism of the Internet.”

Well, I’m sorry to tell you all, but this “historic tragedy” is now a reality in and it will never be the same again.

Even as I write these words, the “algorithms of censorship and control” are now being unleashed upon the entire United States secreting out and destroying every dissenting website, blog, Facebook page, Twitter comment, YouTube video, you name it…ANYTHING AND EVERYTHING on the Internet in America relating to information you are not allowed to know about is being systematically eradicated.

The ONLY protections you have left behind “The Great Obama Firewall” are those sites, like ours, which continue to defy these monster corporations and their political lapdogs to continue our missions to keep you informed with the TRUTH!

But we can ONLY survive you help us!  And if you don’t, one morning you awaken and live in a world where the “main news” for the day headlining every news site you go to will be about some young boy singer who got arrested for drink driving…instead of the “REAL” news that you need to keep you informed about the world you’re living in.

It will get worse before it gets better…but in helping us today, and others like us, at least you’ll be assured that the truth will keep flowing to you…no matter what happens.

Our needs today are dire indeed, but, if every one of you reading this gave just $20.00 today our budget for the entire year would be met!  So, before you click away, ask yourself this simple question….if your knowing the truth about what is happening now, and what will be happening isn’t worth 5 US pennies a day what is?

(Please note that those who respond to this appeal, in any amount, will receive, at no charge, Sorcha Faal’s  December, 2013/January, 2014 lecture series to the Sisters of the Order titled “Total War: the Collapse of the United States and the Rise of Chaos: Part 33”.  This is another one of the Sorcha Faal’s most important lectures dealing with the coming timelines of war, famine, catastrophic Earth changes and disease as predicted by ancient prophecies.)