The Signs Have Arrived… 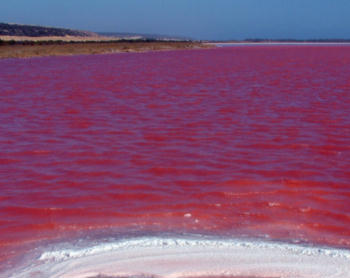 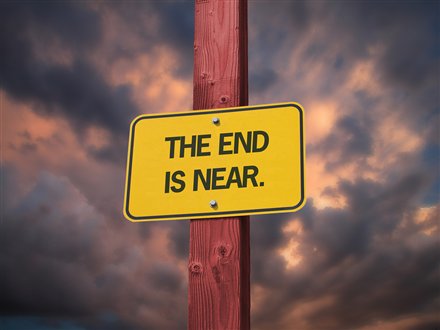 …Are You Reading Them?

“And the second angel poured out his vial upon the sea; and it became as the blood of a dead man: and every living soul died in the sea.”

In every persons life there are journeys to be made, new places to venture towards, new experiences to have and new people to meet.  So has it always been, so is it now.

But of all the journeys one takes during their stay on this Earth the one most unprepared for also happens to be the most important one….your own life.

If traveling to a foreign land where neither the language, geography or customs are known one would always (of course) hire for themselves interpreters, guides and other such knowledgeable persons to assist them in finding food, transportation and lodging so as to make their journey comfortable, enjoyable and most of all safe.

Can you imagine the calamity that would result from being in a foreign land, not knowing how to speak the language or read the signs, yet having to survive?

Well, what you can’t imagine yourself (or anyone for that matter) doing when traveling to a strange country is exactly what they are doing in traveling through their own life….they don’t know the language of life so they can’t read the signs.

And when their life doesn’t work out, and all seems lost, they blame a multitude of things for their predicament without ever realizing that all of their problems are due to the single fact that they didn’t read the signs! But how could they read the signs in the first place when they don’t even know the language?

Please understand that language is a system of signs for encoding and decoding information through the use of indices, icons and symbols.  (For example, the words you are reading now are made up of symbols called letters.)

The ancients refereed to language as logos having the meanings of “word,” “speech,” “account,” or “reason.”  It became a technical term in philosophy, beginning with Heraclitus (ca. 535–475 BC), who used the term for the principle of order and knowledge in the Universe.

The Stoic philosophers identified logos with the divine animating principle pervading the Universe. After Judaism came under Hellenistic influence, Philo (ca. 20 BC–AD 40) adopted the term into Jewish philosophy. The Christian Bible’s New Testament Gospel of John identifies the logos, through which all things are made, as divine, and further identifies Jesus as the incarnation of the logos.

The power of logos (language) is beyond what you see, hear or speak, it is the very essence of life and is pure spirit. Even more, and as the ancient Tibetan saying goes, “Half of the words [you should see] are read by implication.”

That is why so many people can’t understand religious texts (they’re always contradictory) ancient writings (they’re all myths) or even the writings we do (they’re misinformation, conspiracy, etc.), because they can’t see the “words in the middle”, and without being able to do this are then unable to read the signs of this life.

And today, more than ever, those signs of life abound around us confounding and confusing the “experts” who are not sure why the waters in the oil soaked Gulf of Mexico are turning red, why the Planet Pluto is turning red too, why the Planet Jupiter as “lost” one of its massive stripes, and so many other mysterious occurrences an encyclopedia of books can be written about them.

The ancients, however, were not confused about what is happening today, and their “experts” have created so many signs for our life that once all of them are read the picture that emerges matches exactly the graph below. 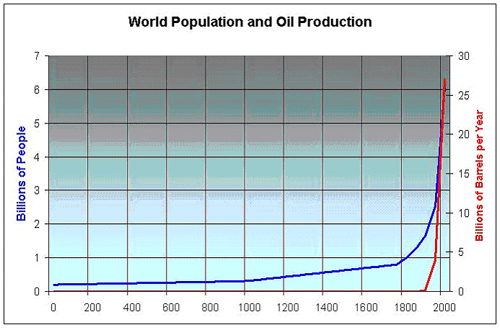 And what you can plainly see exampled in this graph is that where our Earth’s population remained stable (between 300 million and 1 billion), and in concert with the environment for nearly 2,000 years, the “Age of Oil” that began in the 19th Century has exploded humanity to the point where not only are we devastating the Planet we live on, the only oil reserves left on Earth to sustain what we have already built are at such incredible depths we will literally have to kill everything to keep all that we’ve created.

The ancient “experts” warned that when man would, once again, “pierce the very soul” of our Earth “she will bleed” and leave “death and destruction” in her bid to survive. When viewed in this light, the Deepwater Horizon’s drilling of the deepest oil well known to man in the Gulf of Mexico, followed by these waters now turning blood red, and volcanoes in Iceland, Guatemala and Ecuador all erupting too, the logos left for us should not only be listened to, it should be heeded.

Now it goes without saying that you live in two worlds….the false one your propaganda masters tell you is real….and the real one we strive everyday to show you signs of.

For the false world you know the language well and are able to read the signs, though they really are of no use to you.

In the real world you don’t know the language so you can’t read the signs for yourself, so you must depend on those that do know it so that you can remain safe and protected.

And in this real world you have entrusted us with being your guide to those signs you need for life, a task we not only do well, we do it faithfully and with no other agenda than to keep you always informed and as educated as you can possibly be as the world around you spins out of control.

But our ability to do our job and see our task through to completion depends entirely on you….and to be honest, the vast majority of you are failing us, and in failing us are failing yourselves.

This weekend marks one of the most critical times in our existence as this seasons drive for funds to keep operating have fallen to a level that without your immediate support we’ll be unable to continue.

We know that we are not alone in suffering economic hardship as our entire world teeters today on the brink of economic collapse and chaos, and that you may in fact be suffering too.

Whatever your circumstances may be though remember this…we are all truly in this together, and if you fail to help others during their time of need you can not expect to be helped when your turn comes.

For those of you have given already….Thank You and please don’t give again, you’ve done enough already.

The decision as to if we survive is entirely in your hands….do with it what you will.

If every one of you reading these words gave just $20.00 today our expenses would be paid for an entire year! That’s just a US nickel (5 cents) a day!

If you are tired of being lied to, deceived and robbed blind by those who say they are “protecting” you, then support us, if you’ve got more than give more, if less, that’s fine too….whichever the case though, give something because the hour is much later than you think.

(Please note that those who respond to this appeal, in any amount, with receive, at no charge, Sorcha Faal’s May, 2010/June, 2010 lecture series to the Sisters of the Order titled “Total War: the Collapse of the United States and the Rise of Chaos: Part 16”.  This is another one of Sorcha Faal’s most important lectures dealing with the coming timelines of war, famine, catastrophic Earth changes and disease as predicted by ancient prophecies.)