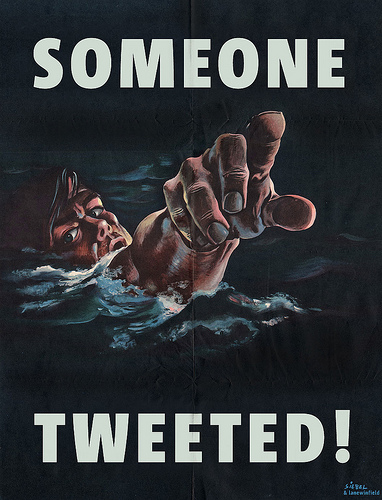 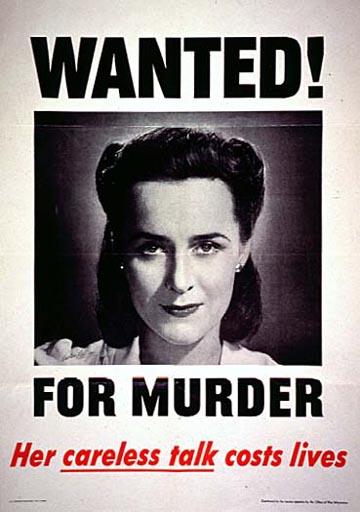 “Those who cannot remember the past are condemned to repeat it.”

A little over a week ago, May 9th, President Obama gave a commencement address to the students graduating from Hampton University decrying what he called “a 24/7 media environment that bombards us with all kinds of content and exposes us to all kinds of arguments” warning that because of this “information becomes a distraction, a diversion, a form of entertainment, rather than a tool of empowerment, rather than the means of emancipation. He further stated that because of all the information now available to Americans it “… is not only putting pressure on you; it's putting pressure on our country and on our democracy.”

According to Obama’s logic, too much information is bad, puts too much pressure on people and government, should never be entertaining, and most of all should NEVER expose anyone to any other arguments/opinions/thoughts than those that are deemed trustworthy.

Trustworthy according to whom?  Obama? The current American President who now holds the distinction of having held less press conferences than any other President in history? Who’s White House “message machinery” is reported to be an “enormous operation” employing over 350 and costing millions of dollars?

This is chilling on so many levels that by your very reading of Obama’s words you would be correct in wondering what has happened to freedom and liberty in America, especially when the person who took the Presidential oath of office to uphold and defend the Constitution of the United States begins sounding like a totalitarian dictator advocating information censorship and containment.

But guess what? Obama isn’t the only President to advocate such things, far from it!  Throughout the United States long history, the Presidency has been held by an assortment of individuals who felt likewise, and in many cases so openly clashed with the press that newspapers were closed by government order along with hundreds of publishers and writers jailed for telling the truth, and at no time greater than when the fate of the Nation was at stake due to economic crisis and/or war.

Today American finds herself, along with the rest of the Western World, being tested yet again by economic crisis and war, and like all of the times this has happened before, its people are being bombarded by competing sources of information, the most dangerous of course being those refusing to mimic the “official” version of events. (That’s the category we are in.)

The main problem with the “official” version of things is that they are nearly all lies, and governments absolutely hate it when they are exposed.  Such as when they manipulate the stock market to give the you the illusion of economic recovery, when in fact the stock market is EXACTLY at the same level it was 10 years ago;  when they tell you that the economy is recovering, when in fact the true unemployment rate has now hit the Depression era level of nearly 25%.; when they tell you your country is winning the war, when in fact its top general says at best it’s a draw; when they tell you that the latest pick for the Supreme Court is the best that can be found, while the facts shows this person is a lifelong committed socialist.

Fortunately for the “official” version of things it nearly always wins out over the truth because those few of us still telling it are always demonized and relegated to the extreme margins of society that’s reserved for the conspiracy nuts, tin foil hat brigades, etc.  After all, what we say can’t possibly be the truth because…..it’s not “official”.

Unfortunately for the “official” version of things, like is happening today, is when the lies become so big and preposterous that even the most common of people begin seeing how stacked this game against them is, especially when millions are being thrown out of their jobs and homes while their government, banking and corporate “overlords” continue amassing huge fortunes.  And when the common people begin to see the truth the “officials” begin to get very afraid, especially when one of their own gets tossed out of power… like what happened to 14 term (that’s 28 years) West Virginia US Congressman Alan Mollohan who lost his primary bid this week.

What’s most important to note about Congressman Mollohan being tossed from his job is not that it happened, but that it should have happened years ago as he’s been one of the most corrupt lawmakers ever elected to the US Congress and has funneled an estimated $250 Million to his personal accounts of American taxpayer’s money.  The voters of didn’t know about what he was doing because of the “official” stories either, they had to find this out from sources like us…you know, the conspiracy nuts and tinfoil hat brigade folks.

That is why Obama and his fellow elitists are all afraid now about “too much information” contesting against the “official” stories that are not being listened to any longer. And people are starting to “get it”, and when they start to “get it” they stop listening to the “official” lies and start turning to those, like us, who have been telling the truth, to anyone who would listen, for years and decades.

And the greatest fear these “officials” have is that once you start listening to us “nutters” you will begin understanding not only what is truly happening, how long it has been going on, how evil it really is, and what is ultimately being planned…and none of it is good.

They absolutely don’t want you to know about the economic collapse of the Western World called the “Panic of 1873” that forced tens of millions of people in the United States and Europe to abandon their farms and crowd into cities providing the slave labor needed to fuel the Industrial Revolution that amassed the fortunes of corporate and banking interests still surviving to this day.

They absolutely don’t want you to know about the economic collapse of the Western World called the “Panic of 1907” that led to the destruction of the United States monetary system allowing the private European banking giant known as the Federal Reserve System to gain total control over the American economy by 1913 and leading to World War I starting in 1914.

They absolutely don’t want you to know about the economic collapse of the Western World known as the “Great Depression” that began in 1929 when the Federal Reserve crashed the US stock market allowing them to take American off of the gold standard and paving the way for an alliance between the United States and Nazi Germany, but that was thwarted at the very last moment in 1933 when Marine General Smedley Butler stopped the overthrow of President Roosevelt.

They absolutely don’t want you to know that the father of one American President and grandfather of another, Prescott Bush, was one of the chief financers for corporate and banking elite of Adolph Hitler’s Nazi Germany.

They absolutely don’t want you to know that two brothers from the German Warburg banking family, Paul and Max, headed both the US Federal Reserve and German Central Bank that financed both World War I and II.

They absolutely don’t want you to know that the aftermath of the Great Depression and World War II remade American, once again, by forcing millions of its citizens into what are called suburbs and away from their city centers where modern electric transit systems were dismantled leaving these people dependent upon automobiles thus fueling massive profits for the car and oil industries while at the same time encircling these suburban enclaves with massive road systems called Interstates that were actually designed by Nazi German engineers to allow these areas to be militarily controlled in “times of war”.

Note: Not many Americans even know that their “Dwight D. Eisenhower National System of Interstate and Defense Highways” is now, and always has been a military project.

And even though I could go on and on with so many critical and important to know historical truths that have been hidden from you, the most important one these “officials” don’t want you to know about is that each and every time these elites have come against the American people they met fierce resistance, and they’re afraid is about to happen again.

As the United States and its Western Allies are once again mired in a deliberately engineered economic collapse, and as the stirrings of a Forth Great Awakening are beginning to be felt in the corridors of power, there is one thing each and everyone of you can be assured of….your life, your Nation, your hopes, your dreams…EVERYTHING…will in less time than you can believe be changed beyond all recognition….are you prepared for it?

Our mission is to make sure you are by giving you as much information as possible.  Information as to what is really happening in the World that your propaganda media won’t tell you about.  Information about what the real truth is behind the great events of these times.  Information about your true past that allows you to put into context everything you see going on around you.  And most importantly, providing you with an “official” free source of news and information you can rely on.

But we can’t complete our mission without your support.  Unlike the “official” sources of news we are not lavishly funded by the banks, corporations or taxpayer directed money.  What enables us to survive is your contributions that without we can’t survive.

Today are coffers are lower than at any time in our history while at the same time the demand for the information we give continues to skyrocket, so something has to give….and it’s either you giving to help us, or us having to give up.

In any war that has ever been fought the first on the battlefield have always been those seeking intelligence…that is what we do for you every day in venturing onto the battlefields of this World to bring back to you the truth of what is really happening.  And in doing this we gladly risk our lives…all we’re asking from you is a few pennies….and as the great American Revolutionary War Hero’s once said “If we don’t stand together in this war we will surely all hang separately.”

If every one of you reading these words gave just $20.00 today our expenses would be paid for an entire year! That’s just a US nickel (5 cents) a day!

If you are tired of being lied to, deceived and robbed blind by those who say they are “protecting” you, then support us, if you’ve got more than give more, if less, that’s fine too….whichever the case though, give something because the hour is much later than you think.

(Please note that those who respond to this appeal, in any amount, with receive, at no charge, Sorcha Faal’s May, 2010/June, 2010 lecture series to the Sisters of the Order titled “Total War: the Collapse of the United States and the Rise of Chaos: Part 16”.  This is another one of Sorcha Faal’s most important lectures dealing with the coming timelines of war, famine, catastrophic Earth changes and disease as predicted by ancient prophecies.)