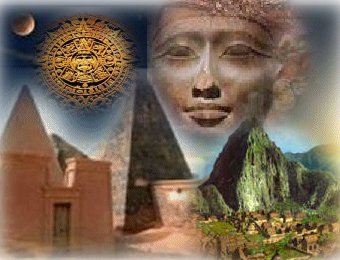 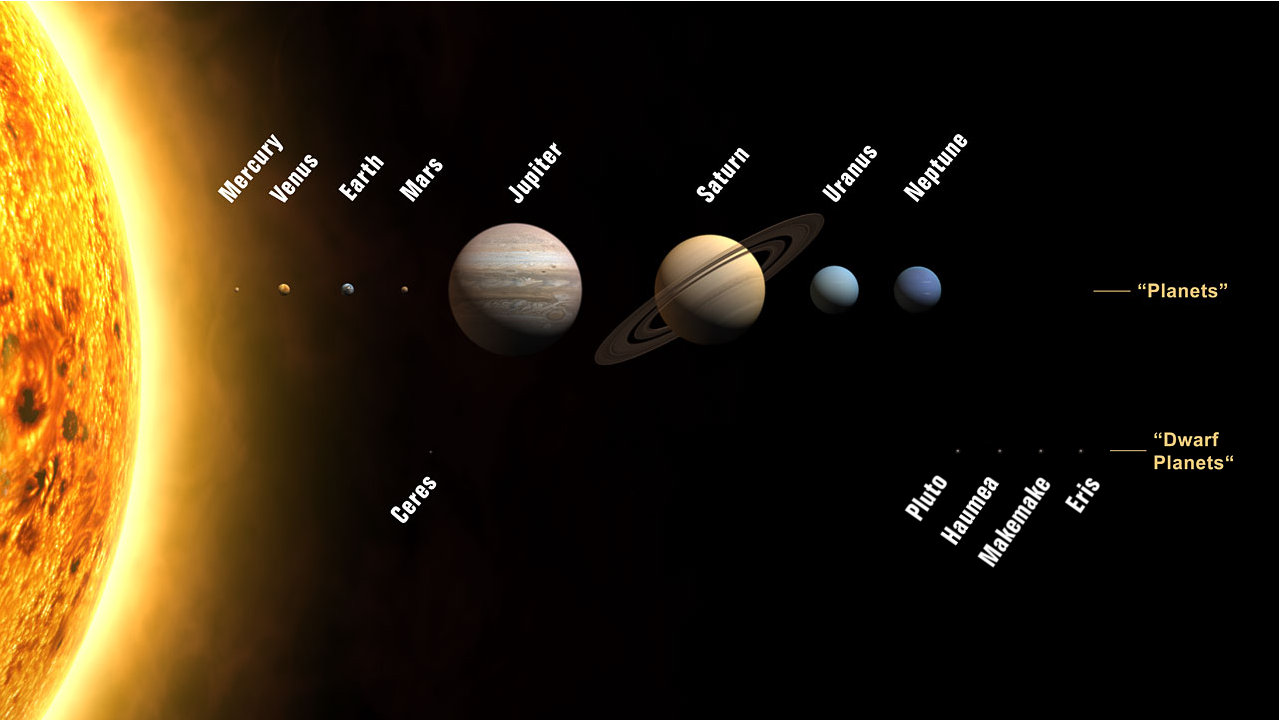 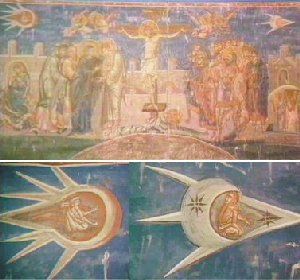 “Unless you believe, you will not understand.

The Journal of Science is reporting today that scientists are investigating the flow of blood-red water from beneath a glacier in ; they say it is due to a new type of bacteria.

Since the discovery of nuclear weapons in the 1940’s, and through their use against Japan by the United States in World War II when the dropping of an atomic bomb unleashed a blinding flash of light and a mushroom cloud of smoke and fire, modern science has described to us the horrific effects radiation has upon the human body, including: incineration of the entire human body if it is too close to an atomic blast, the complete loss of hair, finger and toenails falling out, and the poisoning of the environment and food.

In one of the two major Sanskrit epics of ancient called the Mahabharata, there is a passage, which many Indian scholars believe to have been written 24,000 years ago, that tells a story about…

“Gurkha, who while flying a swift and powerful vimana  hurled a single projectile  charged with the power of the Universe from which an incandescent column of smoke and flame, as bright as ten thousand suns, rose with all its splendor. It was an unknown weapon, an iron thunderbolt, a gigantic messenger of death, which reduced to ashes the entire race of the Vrishnis and the Andhakas. The corpses were so burned as to be unrecognizable. Hair and nails fell out; Pottery broke without apparent cause, and the birds turned white....After a few hours all foodstuffs were infected......to escape from this fire the soldiers threw themselves in streams to wash themselves and their equipment.”

With just these two examples of modern knowledge coexisting with the knowledge of the ancient peoples of our Earth (and there are tens of thousands more examples like these that can be cited) many questions could, and should, arise within each of us because without knowing the correct answers to them could lead to not only the destruction of our Planet, but our entire human race…and as some say, even our immortal souls.

How these questions are answered, however, depends upon which leg of the stool the ancients called the Triad of Human Knowledge and Understanding are placed upon, and which we know today by the words:

Religion: a set of beliefs concerning the cause, nature, and purpose of the universe.

Myth: a traditional or legendary story with or without a determinable basis of fact or a natural explanation.

Science: a systematic knowledge of the physical or material world gained through observation and experimentation.

It goes without my saying, that in the 21st Century world we live in today, Science has eclipsed both Religion and Myth and is now the premier paradigm, or archetype, by which we as human beings are ruled, live, work and are governed by; and from which all information and knowledge is compared against, even to these very words I write.

But in a world of Science that has discarded both Religion and Myth, how can any stool of knowledge, information or wisdom stand without falling?  It can’t, and that is why our world today will be known to future generations as a time of the greatest sorrows, catastrophes and social upheavals ever to have occurred in human history.

With each leap of Scientific knowledge our world has seen, it has been met with an equal denunciation of both Religion and Myth, which has, then, led us to greater personal and social disintegration and isolation, more frequent, and larger, wars, hunger and poverty on a scale unable to be comprehended, death and destruction becoming a part of ‘normal’ life, mass imprisonment, massive depression, the wholesale destruction of our Earth, and too many other such calamities to name in just one writing.

But, to the greatest ‘triumph’ of Science it is the FACT that at the same time that the elite rulers of this Earth have shed from their populations the true knowledge of both Religion and Myth, they are the strictest adherents to both!  From the very cloaks and gowns they adorn their bodies with, to the elaborate ceremonies they partake in, to the precise dates of the astrological signs they live their lives by, these, and so many more examples that can be given, prove, beyond all doubt, that THEY know the truth, they just don’t want YOU to know it too.

And, as much as you may want to believe, or convince yourself, that you are not controlled and manipulated by these self proclaimed gods, you couldn’t be more wrong!  Even worse, when those few voices left in this world, like ours, seek to give you the knowledge, and guidance, needed to protect yourselves and your families from these monsters you turn away. Exactly like you are supposed to!

I would be less than honest with you if I didn’t make this one important fact known….No matter what you think you know, YOU DON”T KNOW ANYTHING!  And what you don’t know IS going to harm you beyond any words I have to describe the pain, suffering and sorrow your life is going to become.

This IS a FACT that the sooner you acknowledge the truth of, the closer you will be to saving yourself.

And, the first part of your acknowledging what you have become is having the Courage to do something about it.  Not the courage to stand before those who seek your destruction and tell them, “Give Me Liberty Or Give Me Death”, no, the courage I am talking about is that of those that supported the American Revolutionary hero Patrick Henry, who uttered these words on March 23, 1775 and stated for the millions of his fellow oppressed countrymen facing the full might and power of the British Empire…

“They tell us, sir, that we are weak; unable to cope with so formidable an adversary. But when shall we be stronger? Will it be the next week, or the next year? Will it be when we are totally disarmed, and when a British guard shall be stationed in every house? Shall we gather strength by irresolution and inaction? Shall we acquire the means of effectual resistance by lying supinely on our backs and hugging the delusive phantom of hope, until our enemies shall have bound us hand and foot? Sir, we are not weak if we make a proper use of those means which the God of nature hath placed in our power. The millions of people, armed in the holy cause of liberty, and in such a country as that which we possess, are invincible by any force which our enemy can send against us. Besides, sir, we shall not fight our battles alone.”

Unlike Patrick Henry, and the countless of others like him, throughout history, who have battled ignorance and tyranny, those of us who ARE risking our lives, who are DAILY confronted by the full weight and terror of the monsters we fight against, YOU…YES, YOU!...have left us by ourselves without ever realizing that WE are not only your best defense, WE ARE YOUR ONLY DEFENSE!

And are we asking you for something not within your capability to give?  NOT EVEN CLOSE!  All we ask for, all we really need to keep fighting for YOU is just 2 Hours of your time every month. And since it is impracticable, and actually silly, to ask the thousands of you to actually do anything physical for us, all that we ask instead is for you to take 2 hours of your pay a month and support us.  More if you are able to help those who truly can’t, less if that is all you are able to afford.

But! Whichever course of action you choose, DO SOMETHING!  And don’t mistake me here, if it isn’t us who you want to support that’s fine, but to do nothing is cowardly…and there isn’t any other words to use even if they offend you.  After all, NO ONE is forcing you to read this…NO ONE has forced you to come to our website, day after day, running up our costs to the point where nearly every month we struggle to survive because we are not supported by the corporations and governments who so love for you to remain as ignorant as possible.

Don’t worry either that you’ll have long to support us as the plans are already being laid for our and other websites like us, destruction…

“Influential Los Angeles Times columnist Rosa Brooks has hung up her journalistic hat and joined the Obama administration, but not before penning a public proposal calling for some radical ideas to help bail out the failing news industry. Brooks, who has taken up a post as an adviser at the Pentagon, advocated upping "direct government support for public media" and creating licenses to govern news operations.”

For those of you who believe that this could NEVER happen I have just one word to describe your thinking process…INSANE!

To the very few of the thousands who will read this and who have continued to support us, THANK YOU, and you KNOW how much you have been rewarded for doing so and how you’ve been able to protect yourselves and your families from the many horrors to come.

To all of you others I have just this to say….There is no tomorrow, there is no yesterday, there is ONLY today to make a stand for what you believe in…make it NOW, and in this season when the opposition of Saturn to Uranus has begun again, be warned that the ancient battles of the gods is ready to come again…with a VENGANCE!

(Please note that those who respond to this appeal with receive, at no charge, Sorcha Faal’s March,, 2009/April,, 2009 lecture series to the Sisters of the Order titled “Total War: the Collapse of the United States and the Rise of Chaos: Part 7”.  This is another one of Sorcha Faal’s most important lectures dealing with the coming timelines of war, famine, catastrophic Earth changes and disease as predicted by ancient prophecies.)