“Dirty, Filthy, Christians”: Treatise On The Most Dangerous Death Cult In Human History 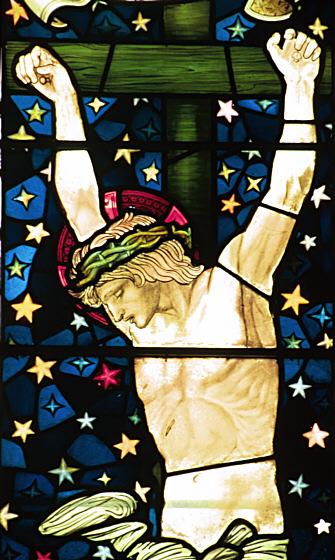 In 1977, during a search for his family roots from Edinburgh, Scotland, to Henry County Virginia, a young, and recently discharged US Army Soldier, journeyed to the Smoky Mountains following the path of his ancestors, who during the American Revolutionary War, fought with their militia counterparts from Eastern Tennessee in the 1780 Battle of Boyd’s Creek defeating the Cherokee Indians who had allied themselves with the British.

Unbeknownst to this young man, however, was that the research into his families past would soon turn into a lifelong project that would lead him from his home in the Appalachian Mountains to the capitals of Europe, St. Petersburg, Russia, Fatima, Portugal, and to the very heart of the Vatican itself ultimately uncovering what can only be described as the greatest deception ever foisted upon humanity.

The  incredible journey of this young man began with three Welsh words, “budro” “fudron” “Cristnogion”, and which translate into “Dirty Filthy Christians” and were found in an ancient stone gravesite in the Smoky Mountains, in 1799, where 8 skeletons encased in brass armor bearing the Welsh coat of arms were discovered having these three words inscribed upon them.

Upon the discovery of these mysterious Welsh armored skeletons, John Sevier, the Governor of Tennessee at that time, began a correspondence with this young mans three times removed grandfather, who was a well respected linguist and personal friend of Governor Sevier in an attempt to decipher what this discovery meant and its implications for the history of the United States.

The reading of the letters exchanged between Governor Sevier and his Revolutionary wartime grandfather led to this young mans first discovery that the history of the United States wasn’t just a lie, it was a deliberate deception with an agenda behind it so monstrous that once discovered laid bare in all of its brutal totality the ultimate plans for not just the American people, but our entire World.

In 1953, as this incredible saga continues, this young mans grandmother joined her sister members of the Daughters of the American Revolution in placing a plaque in which reads:

“In memory of Prince Madog, a Welsh explorer who landed on the shores of Mobile Bay in 1170 and left behind, with the Indians, the Welsh language.”

To the reasons you have not been allowed to know about the true discovery of America, and your own true history, is now set forth in David Booth’s monumental book “Dirty, Filthy Christians”: Treatise On The Most Dangerous Death Cult In Human History, which has taken him over 30 years to write at such a personal cost that even as these words are being written he remains incapacitated by a recent heart attack and stroke that is bringing his once vibrant life to its Earthly end.

It cannot be overstated that the life’s work of David Booth could only have been accomplished by his vast family connections which have protected him throughout these past 30 years from those forces which seek to keep truth of our existence from all humanity, but which in 2004 Mr. Booth began to reveal with his book Code Red: The Coming Destruction Of The United States and which in the very headlines of today anyone who wants to can see is coming to pass exactly as he said it would.

In this, Mr. Booth’s last book, and the culmination of his devotion to the truth at all personal costs, you will learn the honest and horrific truth about the origins of the Christian Death Cult and how for the past 1,000 years the deception, and tactics, of this death cult have used an imaginary historical religious figures named Jesus Christ to create our present World which now, and deliberately, stands upon the brink of a destruction so total that nearly all of humanity will be exterminated.

This book will also show you why in the 12th Century a Welsh Prince named Madog left his homeland for America to establish a World counterforce to this Christian Death Cult but which in the centuries that have followed have been hunted down to near extinction by the deliberate European and American extermination of indigenous peoples on every continent on Earth as the truth of Mr. Booth’s words have always been known.

You will also be introduced in this book to the research of Dr. Anatoly Timofeevich of the Russian whose research details in great depth that:

“The so-called consensual history is a finely woven magic fabric of intricate lies about events predating the 16th Century. There is not a single piece of firm written evidence or artifact that could be reliably and independently traced back earlier than the 11th Century. The archeological, dendrochronological, palegraphical and carbon methods of dating of ancient courses are both non-exact and contradictory.”

It goes without saying that our publication of this book will bring upon us much trouble and controversy, including threats to our lives as the Christian Death Cult knows only conflict, misery, subjugation, lies and deceit to both further their message of death and keep their adherents under their strict control.

But, for as long as this cult of death has existed, we have fought to keep the truth of them alive for those few who know in the deepest parts of their being that our World was never meant to be in such a state, and that only with true knowledge can we as a human race defeat these monsters once and for all and reclaim our rightful place in a Universe that yearns for our survival and ultimate triumph.

If you want to know these truths please order now.