“Every government is run by liars and nothing they say should be believed.”

Isidor Feinstein Stone (1907-1998)—best remembered for his newsletter I. F. Stone's Weekly newsletter ranked 16th among the top hundred works of journalism in the United States, in the 20th Century, and second place among print journalism publications..

For just about everyone I’ve ever known, there is a point in their past they can look back on and say “That’s when my life changed forever”, and my own moment such as this happened one summer afternoon in 1955 while attending a lecture at the University of Paris—which many of you are more familiar with its name Sorbonne, and where that day the guest lecturer was an American named Isidor Feinstein Stone—known now to history as I.F. Stone—who read excerpts from his book The Hidden History of the Korean War, 1950–51, engaged afterwards in an over 3-hour question and answer session with all of us students, and began his lecture with thundering words: “Every government is run by liars and nothing they say should be believed”.

To say that I.F. Stone was one of the most reviled, hated, loved, admired and controversial journalists of the 20th Century, doesn’t even give descriptive words such as these the justice they deserve in this sentence—because when all is said about him there is to say, the indisputable fact remains that he was the greatest journalist in modern times, and his self-published newsletter I. F. Stone's Weekly the greatest news publication ever printed in history.

From exposing the truth that the Korean War was deliberately caused by the United States after they provoked South Korea to launch guerilla attacks on North Korea because the Americans wanted a cold war conflict with the Soviet Union, to his being the only American journalist to challenge President Lyndon B. Johnson's account of the Gulf of Tonkin incident that started the Vietnam War, what’s most important for you to know about I.F. Stone and the never-ending historic and ground breaking news stories he wrote, is that he did them all while being cut off from the rest of the mainstream news world, as well as him being denied all access to government officials—which is why he was forced to start his own newsletter, and he wrote using two things, and two things only—his genius level ability to forensically pore over and read everything from government documents to the most minor news story, and then connect the dots of what he read with history—not just any history, but the history of FAMILIES—the most powerful and consequential to human history groups of people whom I.F. Stone said when known about explain everything that happens in our world—and should always be believed, as opposed to governments that are not families, and are all liars.

Over the past fortnight, more than 11,000 cases of dead and sick birds have been reported in Germany—cases of dead and sick birds, mostly blue tits, whose first laboratory test results of found in them a bacterial infection—not just any bacterial infection, but a very specific bacterium called Suttonella Indologenes—the most mysterious bacterium ever discovered whose only known host was humans, and is assumed to be normally present in our respiratory tract—but which an equally mysterious variant of is now being found in birds—and in humans is known to cause eye infections, heart problems, and respiratory problems leading to pneumonia and ultimately death—which are, also, the exact symptoms being displayed in those infected with the COVID-19 coronavirus.

Now I’m not telling you that these thousands of mysterious bird deaths in are directly related to the coronavirus, but as I.F. Stone would tell you if he was alive, this puzzle piece of information must be placed into the coronavirus file for future examination to see what picture may emerge.

Which brings me to another puzzle piece of information my Dear Sisters have placed into this coronavirus file, too—and is President Donald Trump, during this coronavirus pandemic, making overt moves to acquire Greenland—a Greenland the Vikings settled in about 1,000-years ago, and Trump has been pilloried and mocked for even thinking about, as well as his being castigated in 2018 for his saying “We should have more people from Norway”—but when following I.F. Stone’s admonition to always know this history of families when viewing such things as this, it makes sense what Trump is doing when viewed in the light of his being a direct descendent of King Hakon V of Norway, a Viking-age king who reigned from 1299 to 1319—as well as Trump being related to most Icelanders and Danish and Norwegian Royalty—whom themselves are all blood descendents of Vikings, too.

In your knowing the Norwegian Viking heritage of President Trump, it’s important that you know about a particularly time period in Norway’s history that occurred in the early 1800s—that began in 1807 when Norway was attacked by the British Empire at the 1807 Battle of Copenhagen, which led to dire conditions and mass starvation in 1812—the ultimate result of which saw Norway, in 1814, declaring its independence and adopting a constitution based on the American model.

The constitution adopted in 1814 by Norway was created by the American Founding Father James Madison—known as the “Father of the Constitution”, who himself was a direct descendent of the European Royal Families—and like President Trump’s ancestors in Norway were under siege by the British Empire in the early 1800s, so too was then President James Madison—who watched in horror in 1814 while British Empire military forces rampaged through Washington D.C. burning down the White House, the US Capitol, and every other building they could. 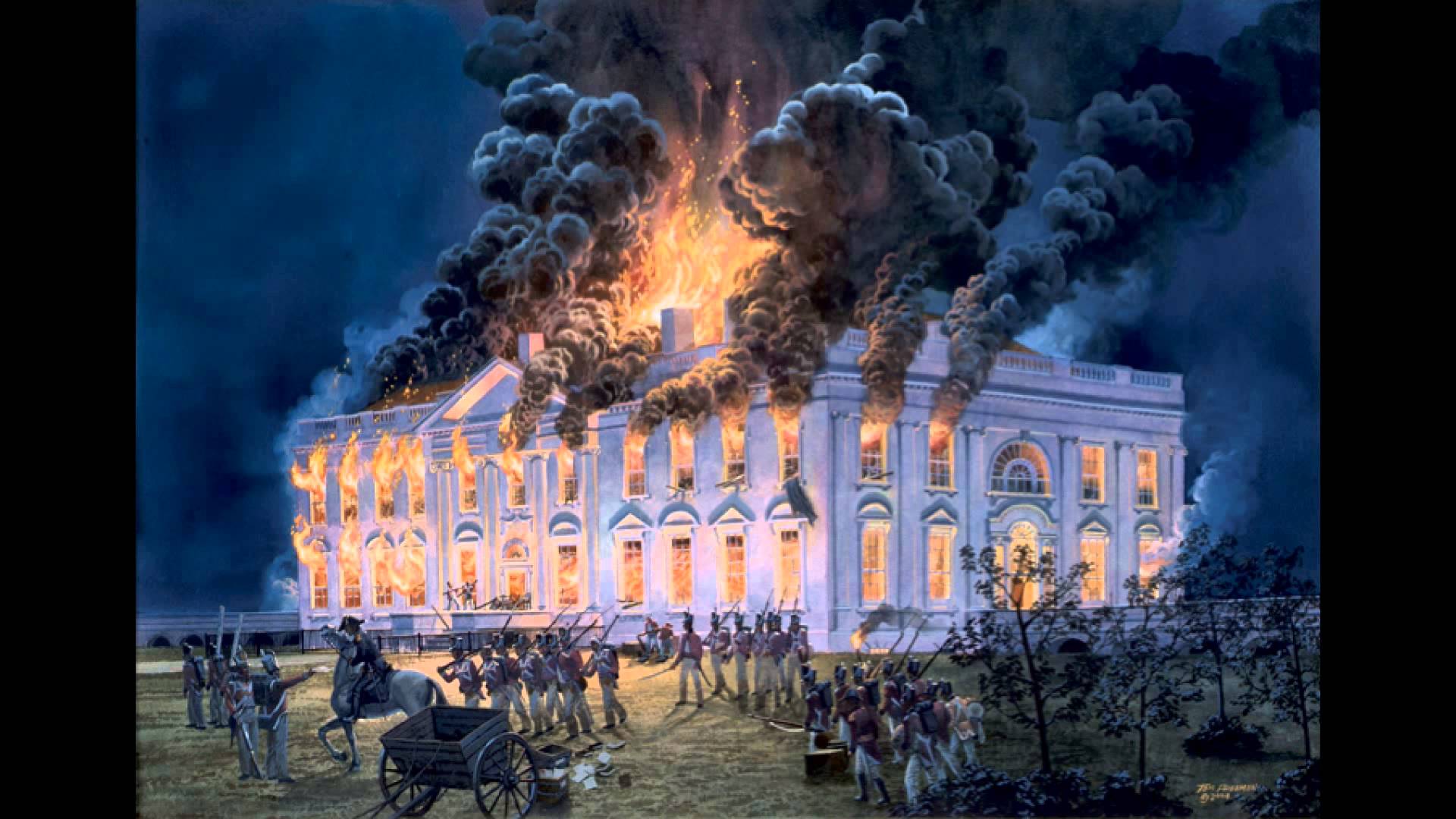 British Empire military forces ransack and burn down White House (above) on 24 August 1814.

As I.F. Stone meticulously documented, and why he was so hated by the American government, the absolute worse decision ever made by the British Empire was their ransacking and burning down Washington D.C.—because it caused the United States to embark on a nearly century-and-a-half of specifically engineered wars that by the time they were done, the British Empire was nothing but a hollow shell of what it once was—and once destroyed, then saw the United States embarking on its current conquest of the rest of the world by its engineering even more wars.

Though hated and reviled by the American government and its privileged elites for his exposing of who they really are and what they were doing, I.F. Stone, nevertheless, and rightfully so, was called “Washington's Conscience”—and in whose seminal work Polemics and Prophecies 1967-1970 discussing the lunacy of America’s expanding nuclear arsenal, the charade of US-Soviet disarmament talks from Kennedy to Nixon, and the interlock between the government and military contractors, cryptically opined that if the United States was ever to be saved: “A new family of Viking Kings would have to arise”—a phrase some have interpreted to mean I.F. Stone saying a group of people having Viking strength and tenacity—but many others, including myself and my Dear Sisters, have always believed meant a literal king of Viking family descent—which exactly describes President Donald Trump. 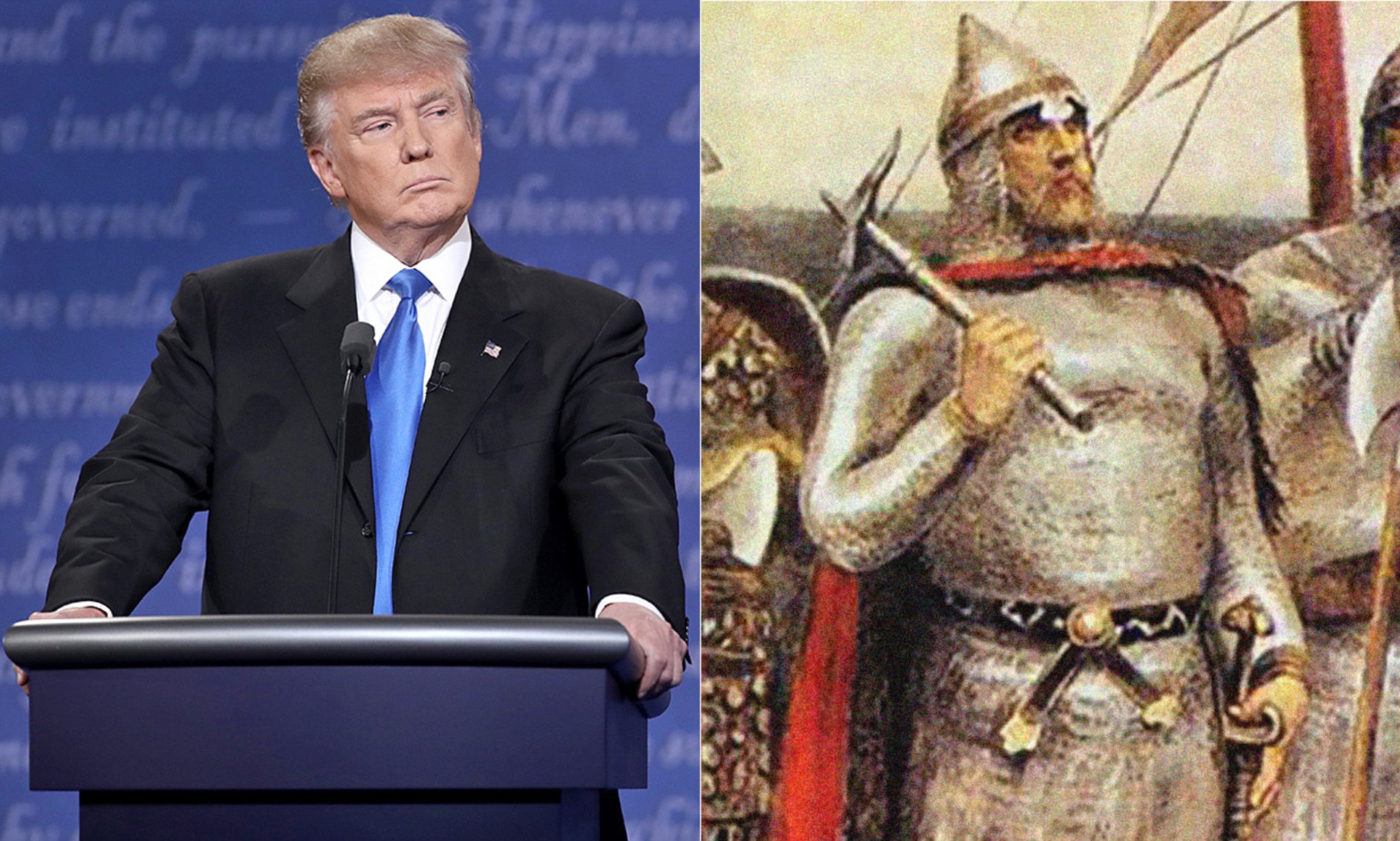 President Donald Trump (left) ascends to power like his Viking family ancestor King Hakon V (right) to battle against the forces of evil.

With me and my Dear Sisters being armed with the I.F. Stone admonitions to all fact finders and writers of true things saying “Every government is run by liars and nothing they say should be believed” and “The only kinds of fights worth fighting are those you're going to lose, because somebody has to fight them and lose and lose and lose until someday, somebody who believes as you do wins”, I’m sure that none of you are surprised that we are has hated, mocked and reviled as he was by those holding power—a hatred that grows by the day because on 23 January 2017, three days after President Donald Trump was sworn into office, we published the first report in our “Coronavirus Pandemic War Series” titled “President Trump Orders FBI To Conduct Massive Raid On CDC Headquarters”—followed four days later, on 27 January 2017, when we published the final report of our “Freemason Trump Series” [scroll to bottom of this page for additional reports] titled “Doomsday Warned Near As CIA Nears Open Civil War Against Freemason Leader Trump”—both of which when read completely, fully explain not only what is happening now, but why it is happening, who the ancient families are making it happen, and what the most predictable outcome will be.

As opposed to those who daily give you nothing but lies and propaganda, we’ve charted a course to keep you as informed as possible with true things—true things which, granted, at first glance appear to be outlandish and unbelievable—but when viewed over time as events unfold, and as I.F. Stone knew is always true, become more real and logical to the point one has to ask themselves why they didn’t see it for themselves.

The enormous personal cost it takes for us to do this for you can never be fully measured or accounted for, and is actually our duty to perform for you as we’re commanded by our faith to do—but the staggering monetary cost can be measured, which in no way has ever been within our meager means, and is why, once again, and as always, we humbly plead for your support today.

After all, everything we do, we do for you—and without your support our mission of truth fails—but won’t happen if every one of you remembers in your heart the words of promise given to us by our Dear Lord that say: “Give, and it will be given to you. A good measure, pressed down, shaken together and running over, will be poured into your lap. For with the measure you use, it will be measured to you.”

(Please note that those who respond to this appeal, in any amount, will receive, at no charge, Sorcha Faal’s April, 2020/May, 2020 lecture series to the Sisters of the Order titled “Total War: the Collapse of the United States and the Rise of Chaos: Part 97”.  This is another one of the Sorcha Faal’s most important lectures dealing with the coming timelines of war, famine, catastrophic Earth changes and disease as predicted by ancient prophecies.)