For those of you haven’t yet read Sister Ciara’s monthly letter yet, I strongly suggest you do—and in my letter to you today, I’m going to focus on these words she wrote: “the ability to see through a glass darkly to find the subtle nuances and currents rippling through history”—but before I can, and in order for you to really understand what’s going on in your world, I’ve got to tell you about a place in America called the Groton School.

And I’m not picking on the Groton School, rather I’m using it as an example of the hundreds of elite boarding schools throughout America, where unless you’re, at least, a multi-millionaire, your children and grandchildren will never pass through the gilded gates of.

Now specifically, the Groton School is a private Episcopal college preparatory boarding school located in Groton, Massachusetts, United States, that enrolls about 380 boys and girls, from the eighth through twelfth grades—who are children ranging in ages from about 13 to 18—and I direct your attention to the curriculum they’re taught:

Classics—Groton encourages the study of Latin and Greek because of particular benefits it offers in the development of language skills and the perspective it offers into our culture in a broad sense. Latin and Greek are the basis for several World Languages and can be useful aids in learning them.

English—The English Department seeks to immerse students in the world of writing, the students’ own as well as that of great literature.

Religious Studies and Philosophy—Religious literacy is a central component of preparatory education in an increasingly connected global society.

Mathematics and Computer Science—The goal of the math and computer science program is to provide students with quantitative information, problem solving techniques, and the analytical skills required by the changing landscape of the twenty-first century. 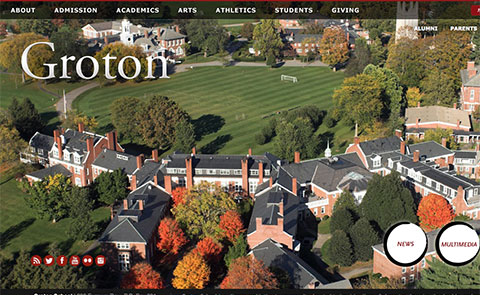 I’d like to now acquaint you with Stephen Guise, a product of the American public school system who, in 2010, graduated from college with a Bachelor of Science/Bachelor of Arts (B.S.B.A.) degree in finance, and after graduating began a year long search for employment, and in his own words, “finally landed a sales floor job at Lowe’s for $10 an hour”.

I first learned about Mr. Guise in October-2017 after reading his damning article How School Trains Us To Fail In The Real World indictment about his lifetime of education in the American public school system—wherein what got my attention the most was his simple analysis of what had failed him:

School (noun) — A place where students suck on an information teat instead of learning how to feed themselves.

No, in life, you tend to get A’s by getting F’s first.

Lots and lots of F’s.

What I’d like for you all to do right now—while your minds have in them the different educational realities of students at elite places of learning like the Groton School, versus those from the American public school system—is answer these questions:

Of the over 1,300 top CEOs in America who suddenly resigned from their companies throughout all of last year, where do you believe nearly all of them were educated?

Of the American super-rich elites who jetted off to their disaster bunkers upon the outbreak of the coronavirus pandemic, where do you believe nearly all of them were educated?

Of the American elites who pulled all of their money out of the stock market before the coronavirus pandemic crashed it, where do you believe nearly all of them were educated? 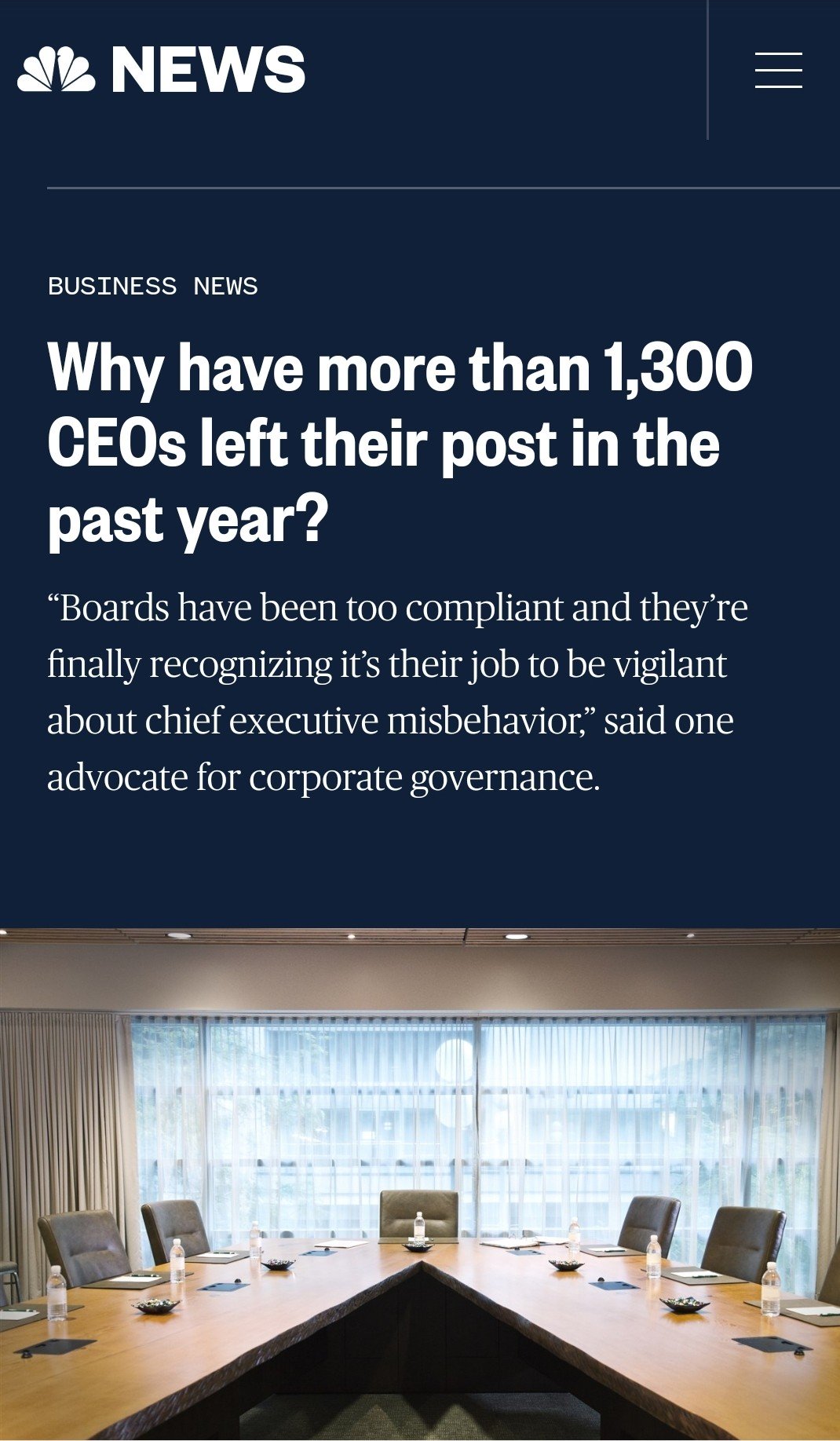 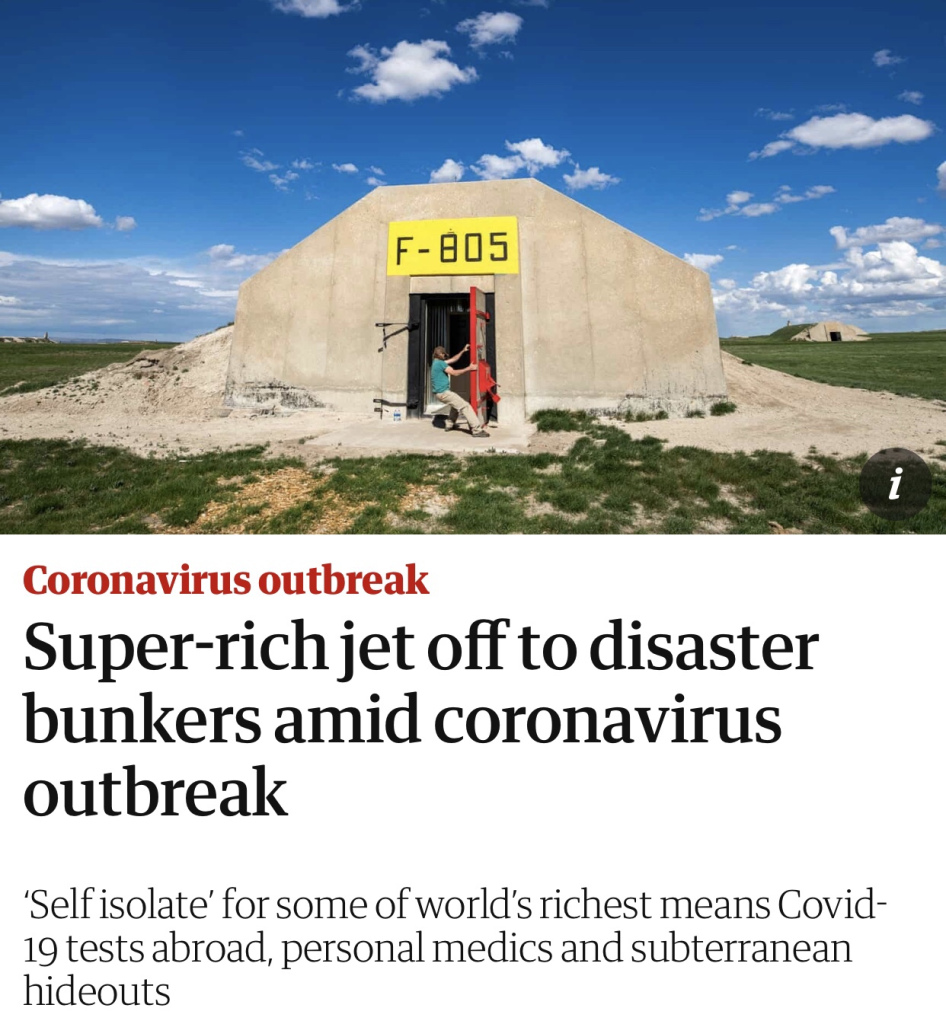 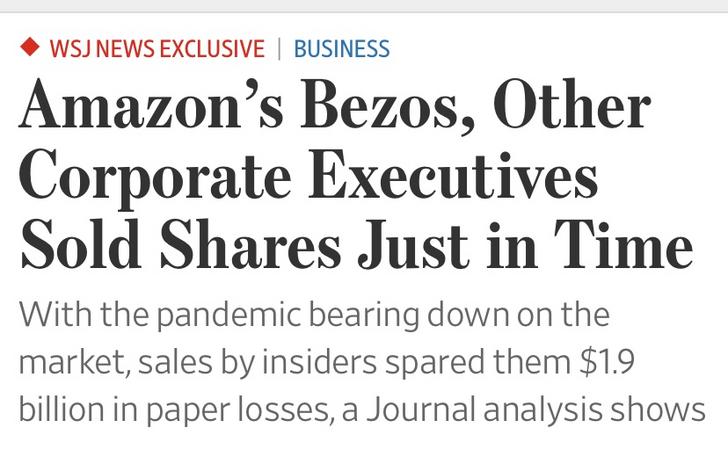 Now I’d like to tell you a “secret” about these words Sister Ciara wrote—“ability to “see through a glass darkly” to find the subtle nuances and currents rippling through history”—they really aren’t a mystery!

Anyone, even YOU, who spends years, if not decades, learning the classic languages of Latin and Greek, reads the world’s greatest literature, becomes fully knowledgeable of every religion in human history, studies all sides of historical events and historical personages, and becomes an expert in mathematical theories and equations—and while knowing beyond any doubt whatsoever the Biblical truth: “To every thing there is a season, and a time to every purpose under the heaven”—will have the ability of being able to foretell events to the extent they can seem actually miraculous.

But to the average American citizen, all of these seeming miraculous abilities have been deliberately denied to them—and to fully grasp the utter and complete disdain American elites have towards their own people, just remember what one of Hillary Clinton’s top aides, Bill Ivey, wrote to her in an email as they were gearing up for the US presidential election in 2016: 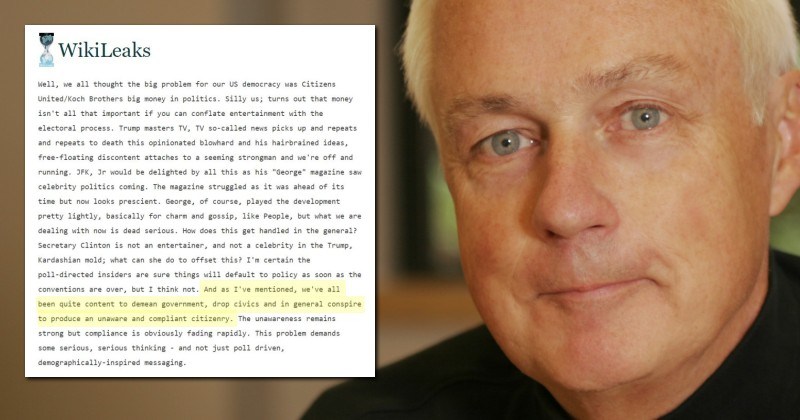 Please allow me to reveal to you another “secret”—which is actually the most important one for you to know right now—Sister Ciara and her Dear Sisters aren’t the only ones who do what they do—far from it—as in every state-backed and private intelligence agency in the world, as well as in every major financial institution and publication, untold numbers of highly-educated experts having the “ability to “see through a glass darkly” to find the subtle nuances and currents rippling through history” never cease their work to uncover what is to come—all of whom daily scour through the “ripples” and “currents” of current events picking out “puzzle pieces” of information—all of which are filed and categorized, sometimes for years—and as time goes by, and as more “puzzle pieces” are discovered fitting a particular pattern, are then assembled together to form a complete “picture”.

State sanctioned experts who use these abilities have various titles such as “intelligence analysts” and “financial forecasters”—while non-state sanctioned experts are called such things as “conspiracy theorists”, at best, and “nut job crackpots”, at worst—but whose common link is that ALL OF THEM use their abilities while reading the same private intelligence reports and the same financial publications—none of which are available to average persons—with the exception being those able to spend tens-of-thousands of dollars a year for their subscriptions.

With every passing week it seems nowadays, the “blockade” of information able to been seen by average people sees more and more “paywalls” being erected around every single major publication—most particularly those containing raw financial data and analysis—and in America itself for one to view even the most modest of them (New York Times, Washington Post, Bloomberg, Financial Times, etc.), sees the cost being to leap over their “paywalls” accelerating into the hundreds-of-dollars a year. 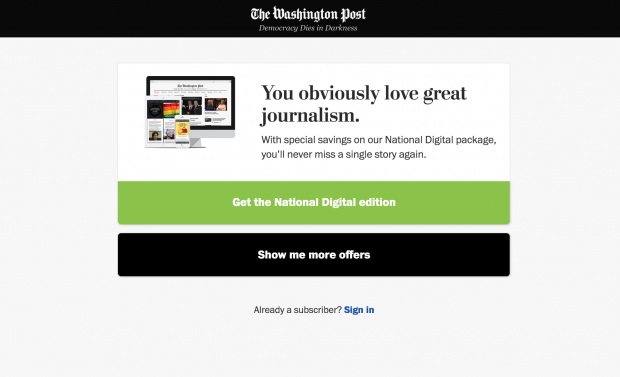 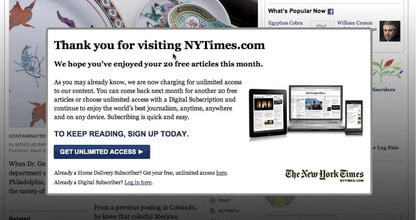 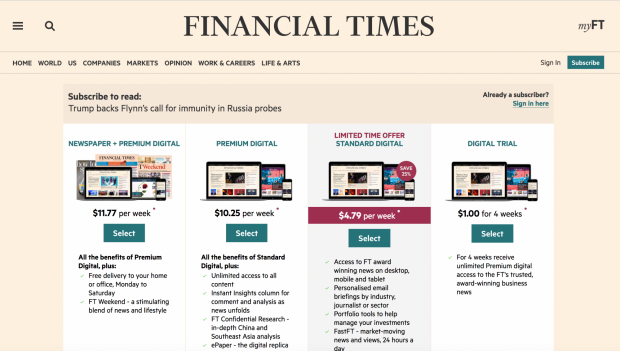 So here’s where we’re at folks, if you want to know what the future holds based on sound expert intelligence analysis, your only options are to drop everything you’re doing and spend, at least, the next few decades getting, refining and expanding on a Groton School-like education—OR—support those who have already mastered these skills over decades of training and experience—that’s it, these are the only two options available for anyone not wishing to keep walking through the propaganda minefield of this world waiting to be blown apart.

As evidenced by the fact that you’re reading these words, though, you are most certainly not “stupid”—in fact you’re an “Intelligent” person showing intelligence, especially of a high level—and is why I’m very confident that you’ll go below and aid Sister Ciara and her Dear Sisters so they can keep telling you the true things being kept from you—and are very expensive true things because of the hundreds of “paywalls” they have to leap over on your behalf to find the “puzzle pieces” needed to form the “picture” you’ll be able to use to stay informed and protect yourselves and families from whatever is coming next.